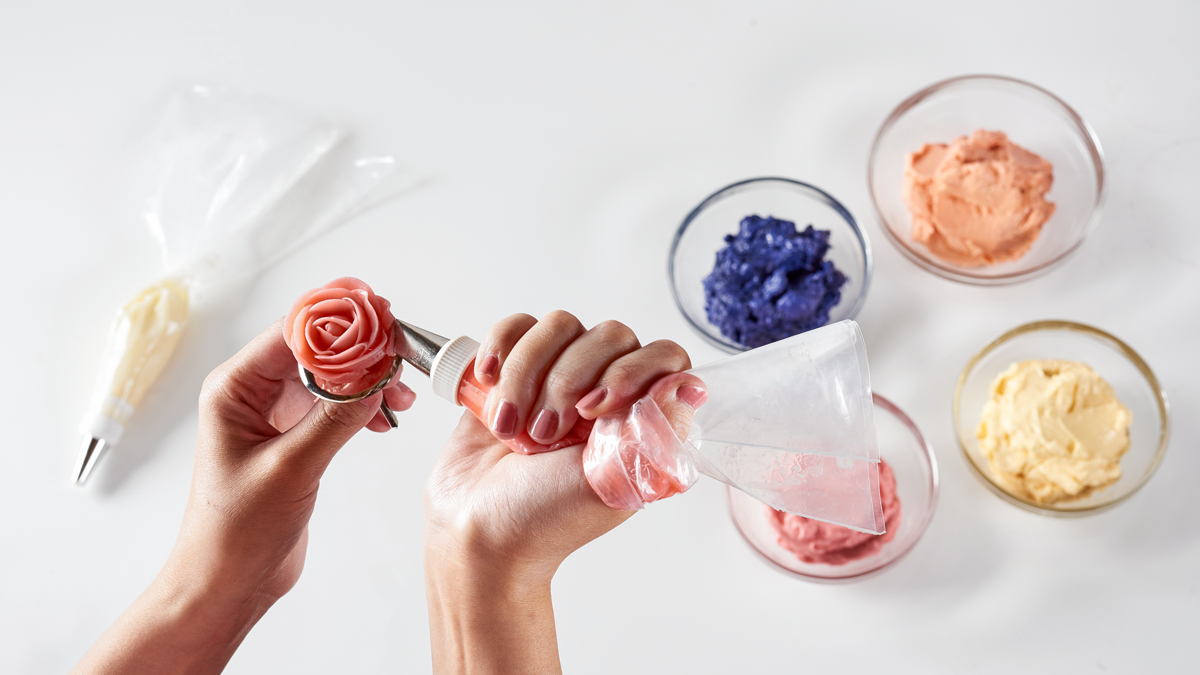 Buttercream: the word alone can induce shivers of sugary joy. But sometimes working with the sweet stuff can be tricky. And because buttercream is so integral to cake decorating — from the crumb coat to the intricately piped borders — you’ve gotta know how to use it properly.

To help make the decorating experience as sweet as the taste, here are some answers to common questions on all things buttercream. 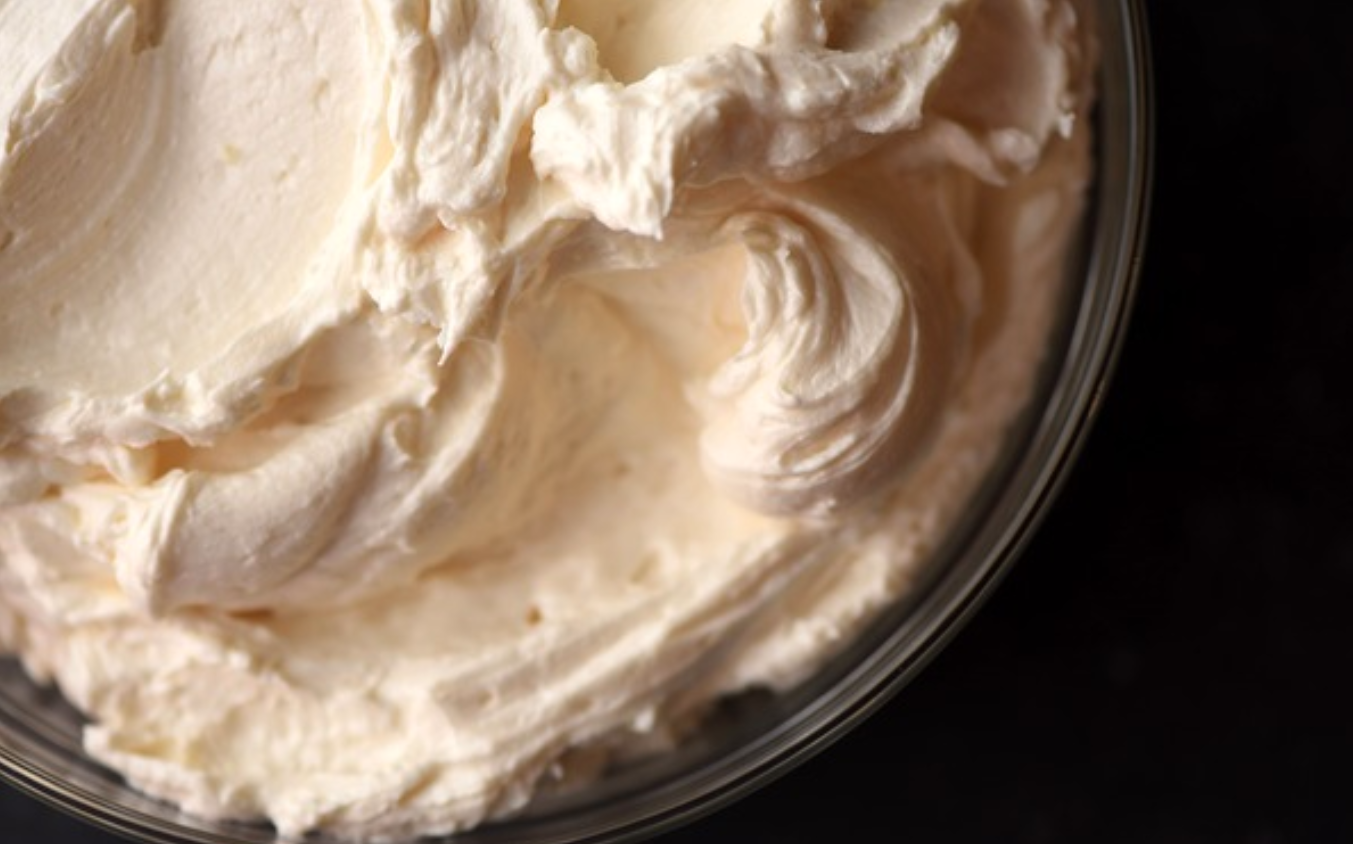 Simply put: buttercream is a combination of fat and sugar that is used as a cake topping. There are a few different types of buttercream, but the most common are Swiss meringue and American buttercream.

Can You Make Buttercream in Advance?

Yes, but with some reservations.

Buttercream will have the best taste and consistency when enjoyed the same day it was made. It’s easy to make it the morning before you serve, and it will last several hours when covered in plastic wrap and kept at a cool room temperature. Just give it a quick stir before frosting your cake and it’s ready to roll.

Can You Refrigerate Buttercream?

You definitely can … as long as you’re not making anything too intricate (so, no Lambeth piping).

Basically, fresh buttercream is easier to handle. If you want to refrigerate buttercream (or if you have leftover buttercream from a gorgeously piped cake), it will be best used for simple frosting or filling a cake.

To refrigerate your buttercream, place it, covered, away from fragrant foods that might impart an odor. It can be kept like this for up to one week. When you’re ready to use it, let the buttercream thaw to a cool room temperature and mix with a spoon or electric mixer. It may require some extra liquid to bring it back to a spreadable consistency.

Can You Freeze Buttercream?

When covered, you can keep buttercream icing in the freezer for up to 2 months. It’s perfectly usable for frosting or filling a cake, as long as you don’t try using it for any fancy piping.

Let the buttercream thaw gradually before using by transferring it to the refrigerator overnight. Then let it thaw to room temperature.

Can You Use Granulated Sugar Instead of Confectioners’ Sugar? 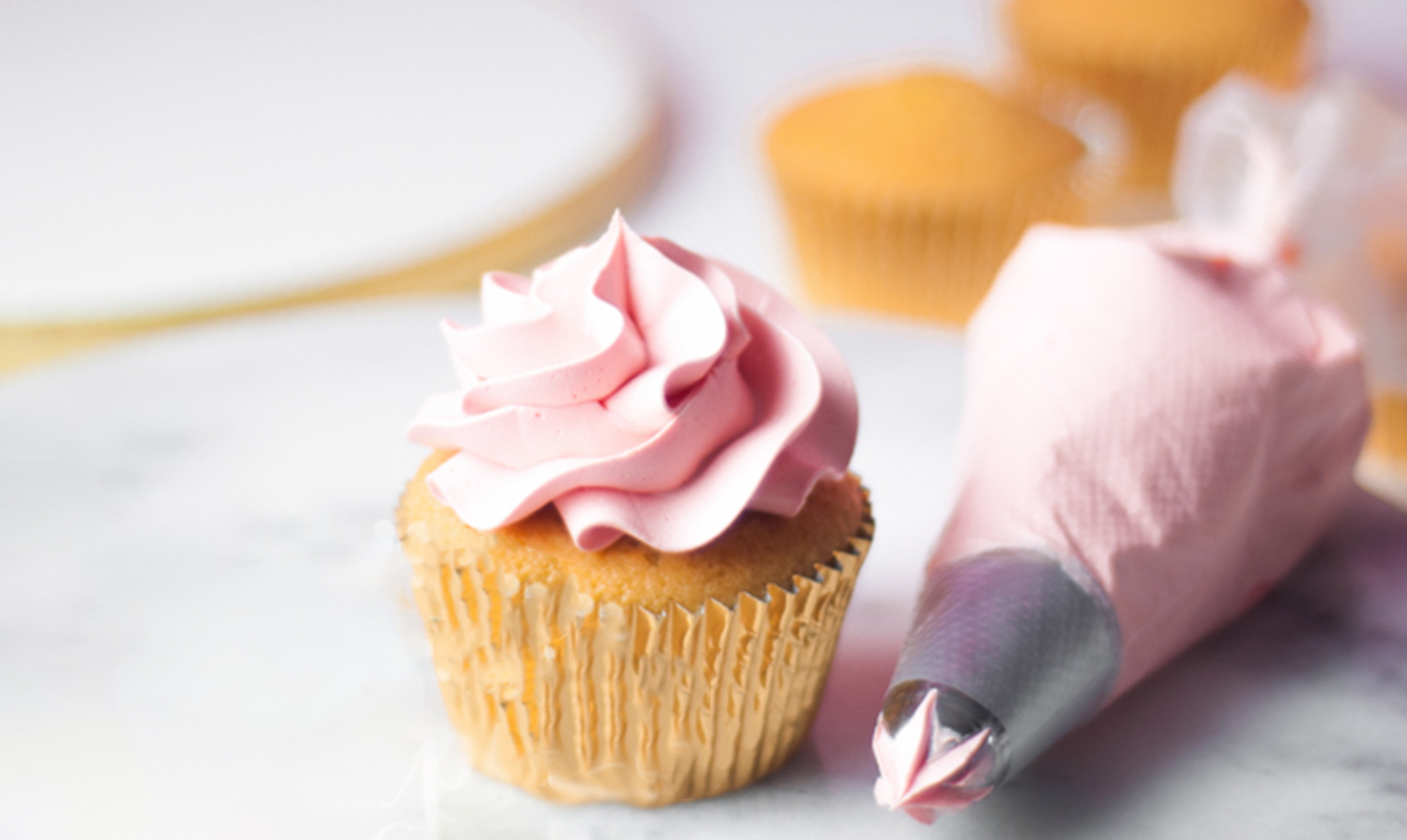 Long story short: unless your buttercream recipe specifically calls for granulated sugar, do not use it. If you don’t have confectioners’ sugar on hand, you can make your own by grinding granulated sugar.

Should You Use Unsalted or Salted Butter?

Many bakers favor unsalted butter for both baking and buttercream. This is because the amount of salt is not constant from brand to brand, so you can’t be quite sure how much salt will be going into your sweet. One batch might come out perfect; the next might taste like a salt lick. By using unsalted butter and adding salt, you have a little bit more control over the saltiness of the final outcome.

That being said, using salted butter probably will not ruin your buttercream. If you do use salted butter, we recommend omitting any salt called for in the recipe. Taste the mixture toward the end of the mixing process, and only add extra salt if you feel it is necessary.

Can You Rescue Buttercream if it Starts to Separate?

If your buttercream is looking grainy and sort of separated. there are a few ways you can try to save it.

Often, your buttercream is separating because it’s too warm and the liquid is parting from the solid. If you’ve already started mixing, pause and put the bowl in the refrigerator for several minutes, or place the bowl in an ice bath. This can help the butter come to a proper mixing temperature.

Your buttercream might also be separating because the butter is too cold. If you pause your mixing and let the butter warm slightly, this will help discourage lumps from forming.

Flavorings can act as an emulsifying agent, uniting butter and sugar into a more cohesive mixture. Stirring in ganache, melted white or dark chocolate, or nut butter can help bring your buttercream back to life.

Is it Better to Use Shortening or Butter?

There isn’t a right or wrong answer to this. Many people favor butter for its rich flavor; however, shortening is a little sturdier, especially in heat, so using part or all shortening in a buttercream which will be served outdoors or in the heat can fare better.

When Should You Add Coloring to Buttercream? 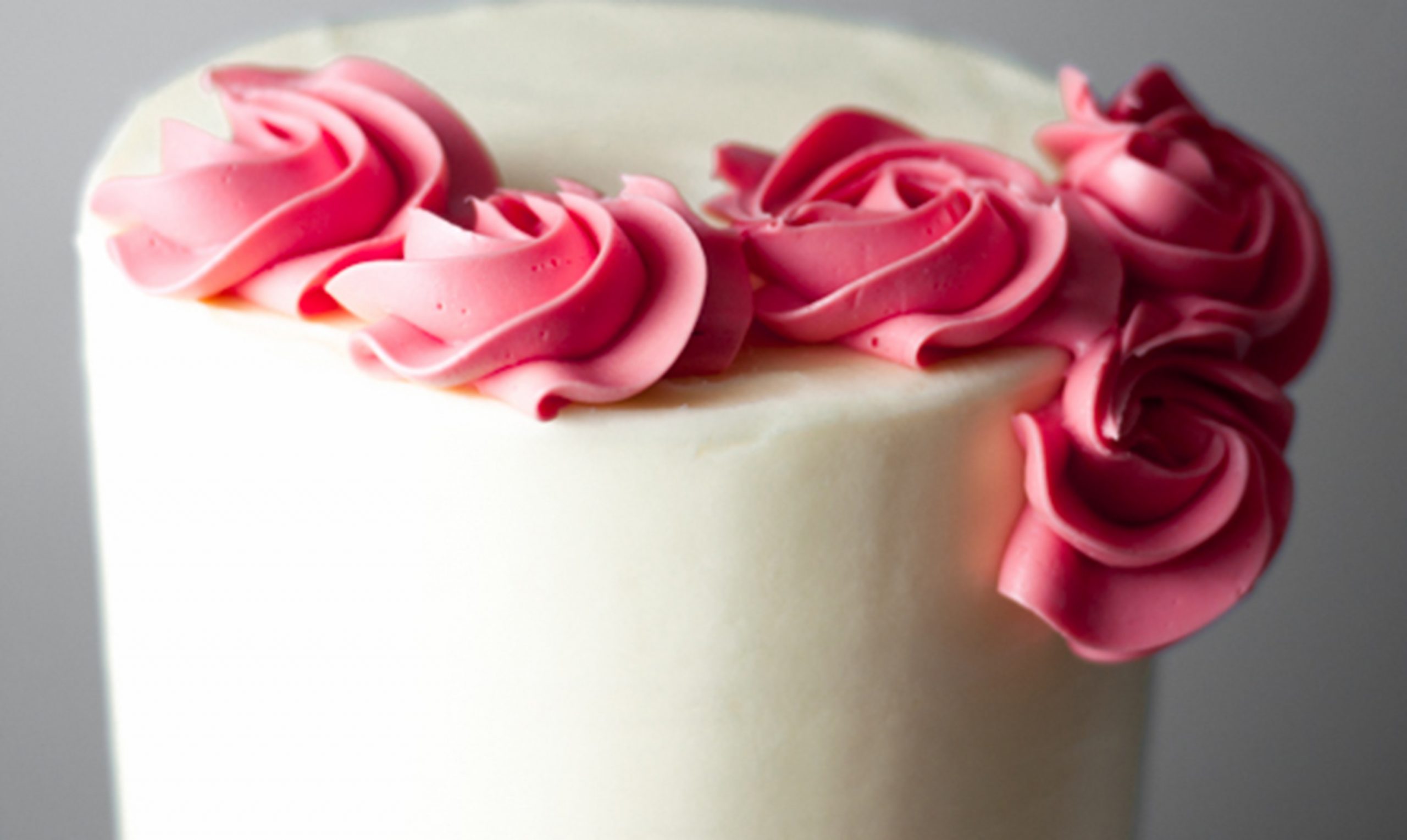 Food coloring is added to buttercream toward the end of the mixing process, after the sugar. This is usually the most efficient way to incorporate a tint into your buttercream. If you add coloring before you add the sugar, it won’t ruin the mixture, but it will lighten the color and you’ll have to add more later.

What Kind of Buttercream Is Best for Piping?

A buttercream that’s more firm is ideal for piping, as it holds its shape well. A crusting buttercream is an ideal medium for piping: it sets firm, ensuring that your piped decorations remain crisp and firm in shape.

What If Your Buttercream Is Too Thick or Thin?

If your buttercream is too thick, add a small amount of cream or milk to thin it. If it’s too thin, add confectioners’ sugar until it reaches your desired spreading consistency.

5 Responses to “Every Question You’ve Ever Had About Buttercream, Answered!”