Are you confused about the difference between cooking with olive oil versus butter? Well, you’re not alone. While both are fats that are commonly used in food and cooking, how they affect the finished product can vary dramatically. 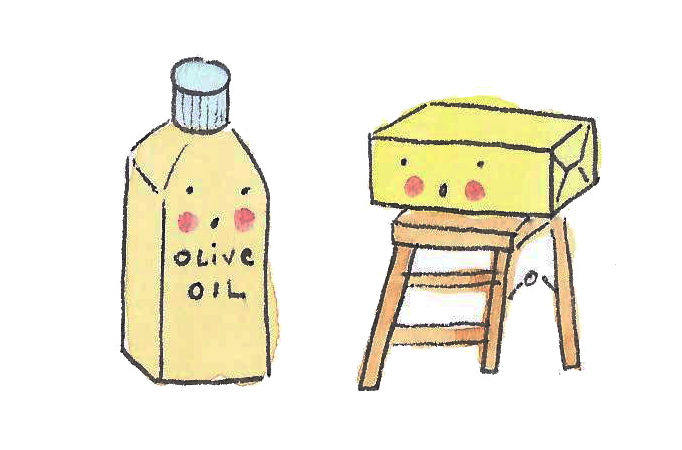 Understanding what butter and olive oil actually are can be helpful in deciding how to use them, so here’s a brief introduction to both. 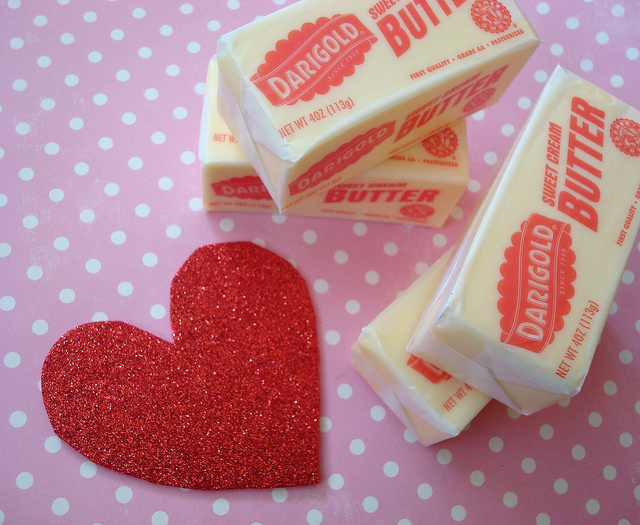 Butter is made from the fat and protein solids found in milk. While most butter you’ll see in grocery stores comes from cow’s milk, butter actually can be made from the milk of sheep, goats, buffalo and other mammals.

Visually, butter ranges between white and pale yellow — this depends on the time of the year and the diet of the animal that produced the milk from which it was made. Sometimes, commercial butters are colored so that the butter will remain uniform in color all year round. Butter is sold as a solid substance, often in bricks of specific weight for easy measuring. But it is also readily available as a whipped type spread.

By churning fresh or fermented cream or milk. A solid mass forms — that’s butter. Commercially, this is done on a large scale by machine. Commercial butter is also typically pasteurized to eliminate bacteria and maintain freshness.

While most of us think of the bricks of salted or unsalted butter, these aren’t the only types. Some other types include clarified butter (or “ghee,” a substance where the milk solids and water are skimmed out, leaving luxuriant butterfat), whey butter (a byproduct of the cheese-making process) and cultured butter (a butter that has been exposed to an active culture, and the “good bacteria” allows it to develop a more complex flavor; this type of butter also usually has a higher percentage of butterfat than regular butter).

Most butter in grocery stores is simply marked as salted or unsalted. It typically has a butterfat content of about 80 percent. In cooking and baking, unsalted butter is generally favored because the amount of salt is not regulated, and it’s usually better to be in control of how much you add.

How to store it:

At room temperature, butter’s shelf life will be very short, even if covered in a butter dish. Unless you will be going through butter very rapidly, you want to keep butter well wrapped in the refrigerator (below 40 degrees F) to keep it from going rancid. Wrapping the butter not only prevents spoiling but also reduces the possibility of the butter absorbing the flavors of the foods stored around it. Refrigerated butter will keep for up to four months; you can also freeze butter for up to a year. 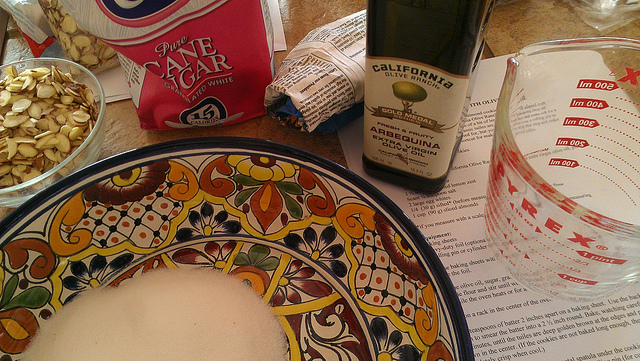 Olive oil is a fat obtained from the olive, a tree-growing fruit (yes, fruit). The tree is native to the Mediterranean but is now grown throughout the world.

Visually, the oil will range from light yellow to deep golden to even a bit greenish. It’s a thick liquid and is usually sold in bottles.

Once the olives have reached optimum ripeness, they are harvested from the trees and pressed. Pressing the olives extracts the oil. It can take more than 1,000 olives to produce one liter of olive oil.

There are numerous different types of olive oil. Oils labeled “virgin,” “extra virgin” or “premium extra virgin” refer to how little the oil has been processed. Want a quick and dirty trick for deciphering? In general, the higher the “extra extra” ranking, the lower the acidity. Olive oil can also vary by the region in which it was produced, so you may see Spanish, French or Greek olive oil specifically labeled.

How to store it:

Olive oil should be stored in a cool, dark place. While it’s considered most flavorful in the first two months, if properly stored, it can keep for over a year. Do not, however, refrigerate olive oil — this will cause it to become cloudy and even solidify. This won’t ruin the olive oil, but it needs to be brought back to cool room temperature to work with again.

Now that you’re better acquainted with butter and olive oil, let’s talk about how to use them.

How do you use butter and olive oil?

For some people, it’s simple: butter is for baking and olive oil is for cooking. However, this is not the case. Butter can be the ingredient that makes both sweets and savories better, and olive oil can add panache to baked goods. Although there aren’t necessarily “rules,” here are some simple guidelines that will give you ideas of some ideal uses for butter and olive oil. 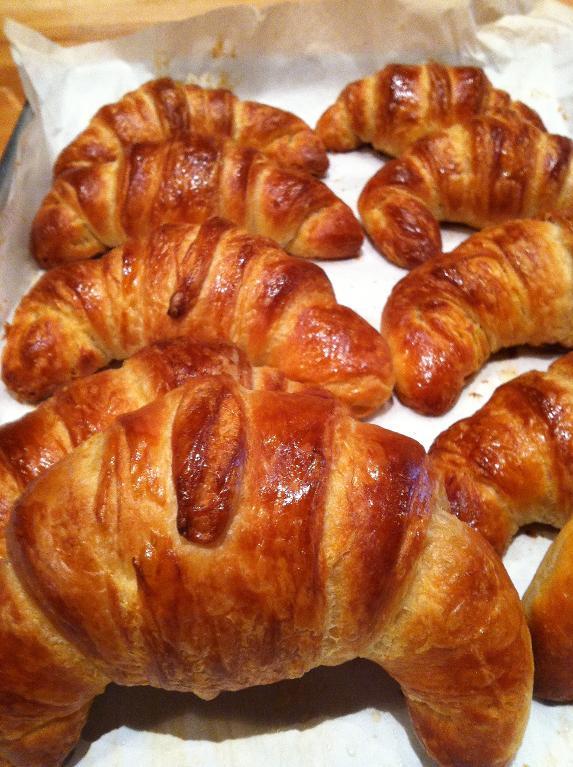 Try something new with butter:

Make browned butter. It’s easy: place butter, sliced into chunks, in a saucepan over medium-low heat. The butter will melt, then foam. Once the foam subsides, light brown bits will form at the bottom of the pan. Remove from heat and let cool. It adds a wonderful, nutty flavor to whatever you’re cooking. 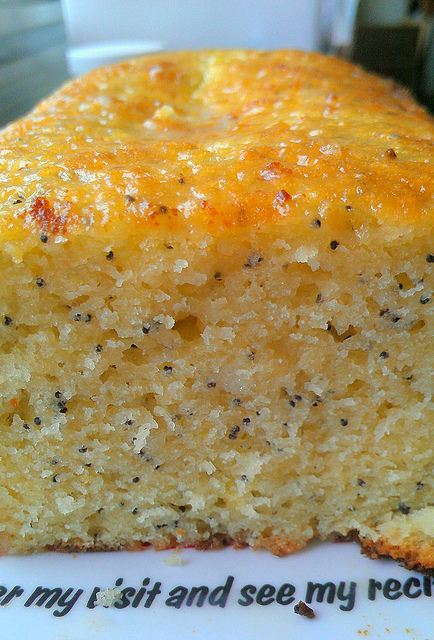 Use olive oil when…

Try something new with olive oil:

Bake with olive oil. Start out by baking a quick bread or muffin recipe using a mild olive oil instead of butter. The flavor is unique and intriguing.

Can I substitute them freely for one another?

In one regard, it’s very easy to substitute butter for olive oil and vice versa. They are both fat, and will both ultimately play a similar role in the final product. However, taste and texture aren’t always a straight swap. For instance, in a recipe where creaming butter is called for, this is an important step in aerating a batter. Olive oil, as a liquid, may not be able to provide the same aeration.

In general, use common sense and consider the flavors and how they will work with your recipe. For instance, butter might add a nice flavor if used in the initial sear when you’re braising fall vegetables, but the idea of drizzling butter instead of olive oil on a pizza might not work as well.

On the flip side, swapping olive oil for the fat called for in a spice cake might work beautifully, the nutty flavor complementing the batter; however, the flavor might overpower a delicate yellow birthday cake.

Also, keep in mind that it’s not an exact swap: there is a slight conversion rate. When swapping butter and olive oil, The Olive Oil Source suggests a 3/4 rate of olive oil to butter, so you’d use 3/4 cup olive oil for every 1 cup of butter.

It’s a lot to absorb, but trust us, once you’ve mastered the use of olive oil and butter in cooking, you’ve got some delicious days ahead. 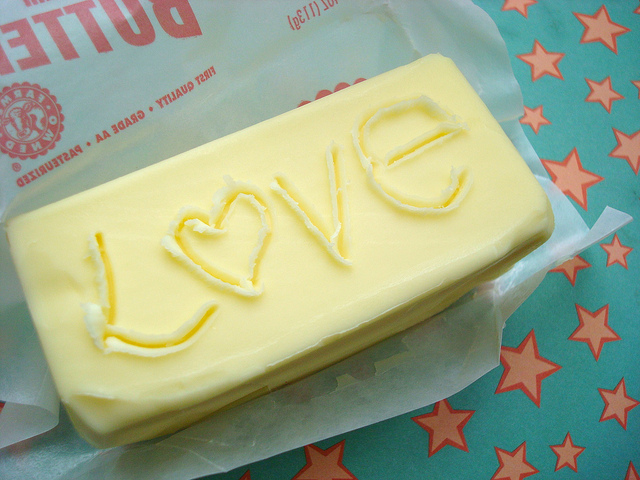 Have you ever swapped olive oil for butter (or vice versa) in a recipe?