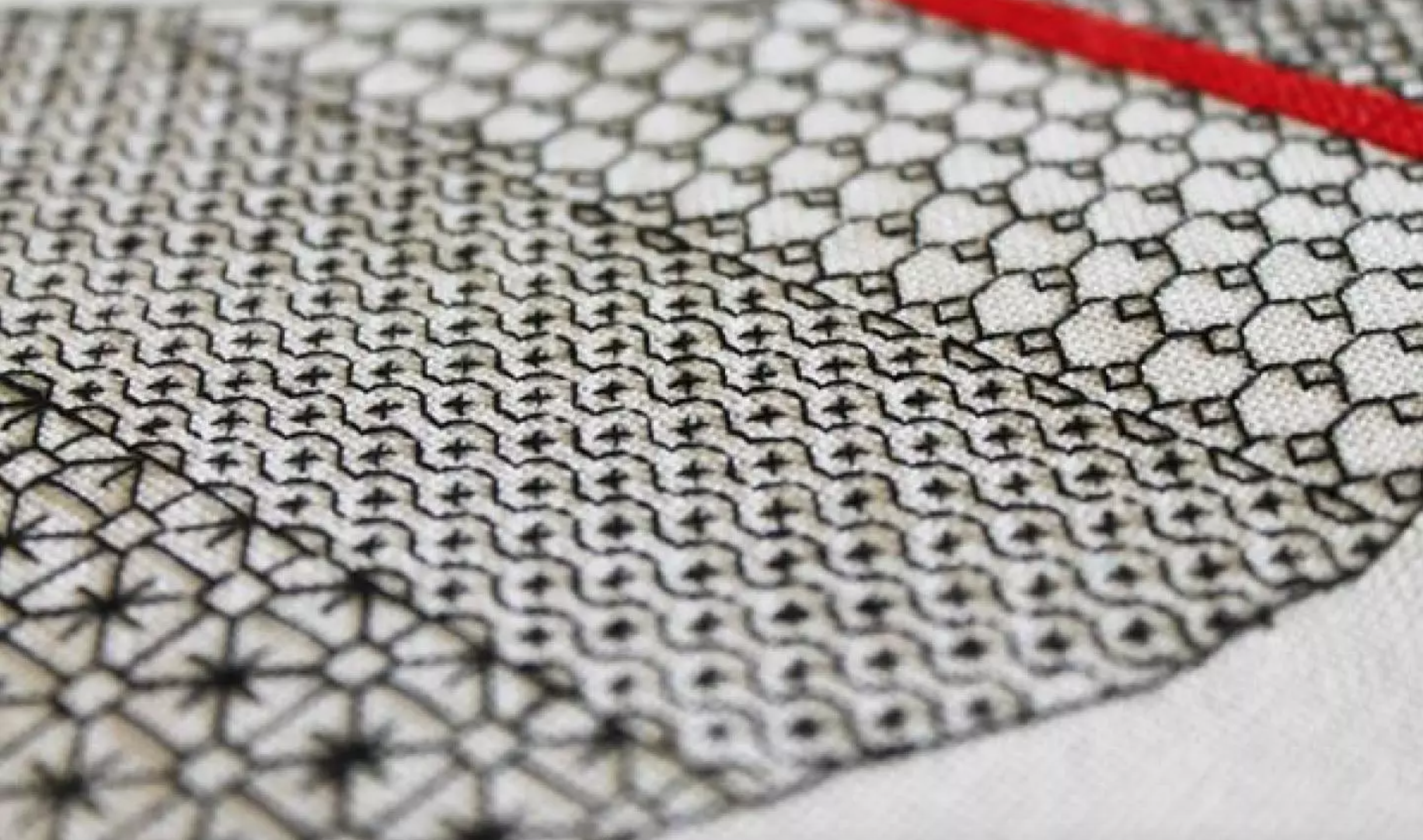 If there’s one thing to love about embroidery, it’s that there are a ton of different forms at your disposal. Stumpwork, goldwork and whitework are all traditional techniques still popular today, but there’s another that’s quickly re-emerging: blackwork.

Blackwork embroidery is recognized by its geometric designs that often use repeating floral, star and lattice patterns to fill the inside of a larger shape. While traditional blackwork involves a black thread being stitched onto a white linen or cotton (which may or may not feature accent colors or tones), today the term “blackwork” is more commonly used to describe the technique rather than the use of black thread — so it still uses the delicate, geometric designs, but can be stitched in any color.

Good to Know: Here’s a quick history lesson: blackwork dates back to before the 16th century, and was popularized in England by Henry VII’s first wife, Catherine of Aragon, who brought blackwork clothing with her from Spain. This is why blackwork is sometimes known as Spanish blackwork. 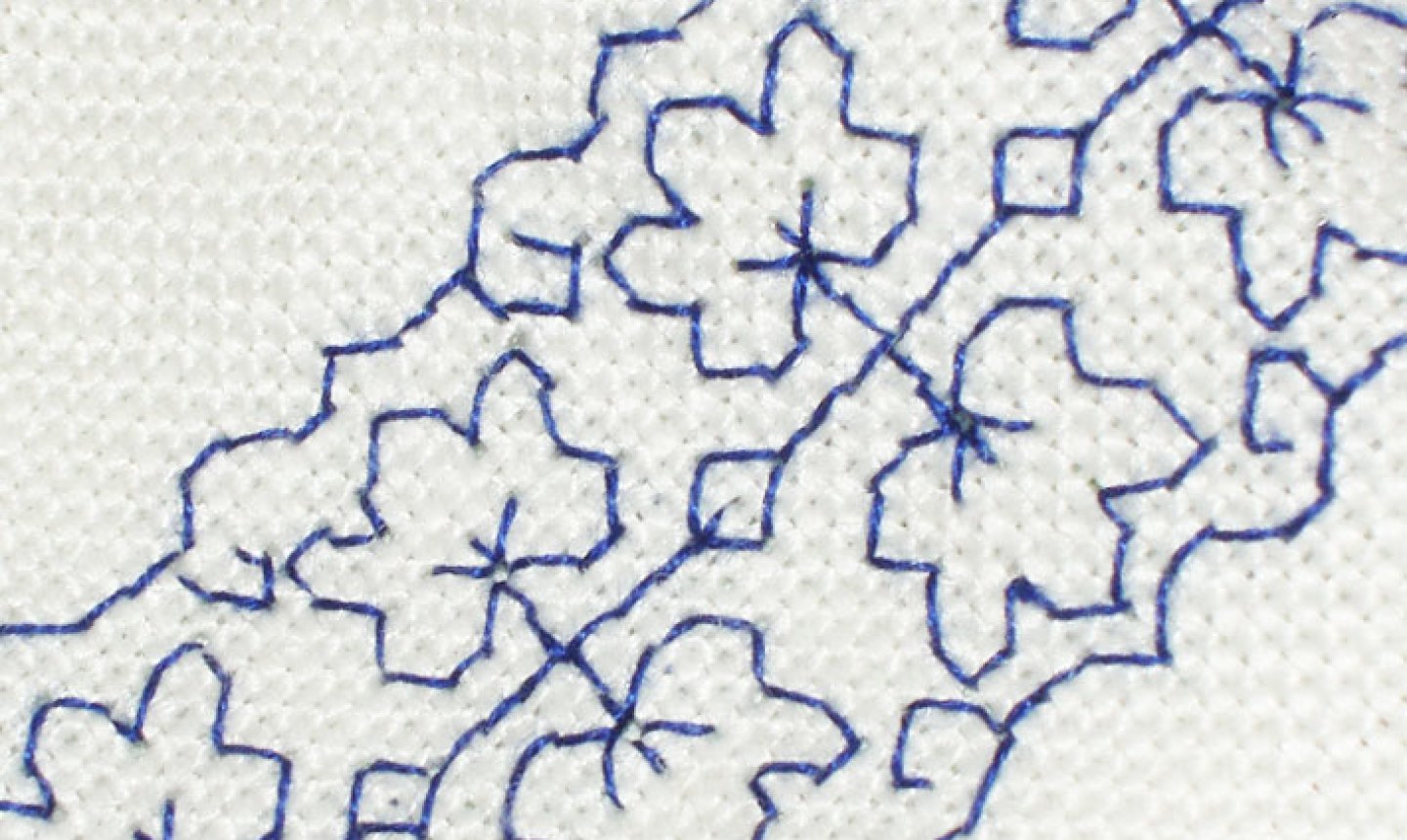 The primary stitches used in blackwork embroidery are backstitch and double running stitch (also called Holbein stitch), which give the patterns their iconic crisp lines. Other stitches can be used as well, from surface stitches like stem stitch or couching to counted stitches like cross-stitch.

Good to Know: Traditionally, blackwork was used on garments, particularly collars and cuffs. Because these stitches would be seen from both sides, double running stitch was often used so it looked the same. But if only one side was visible, backstitch was a common replacement. 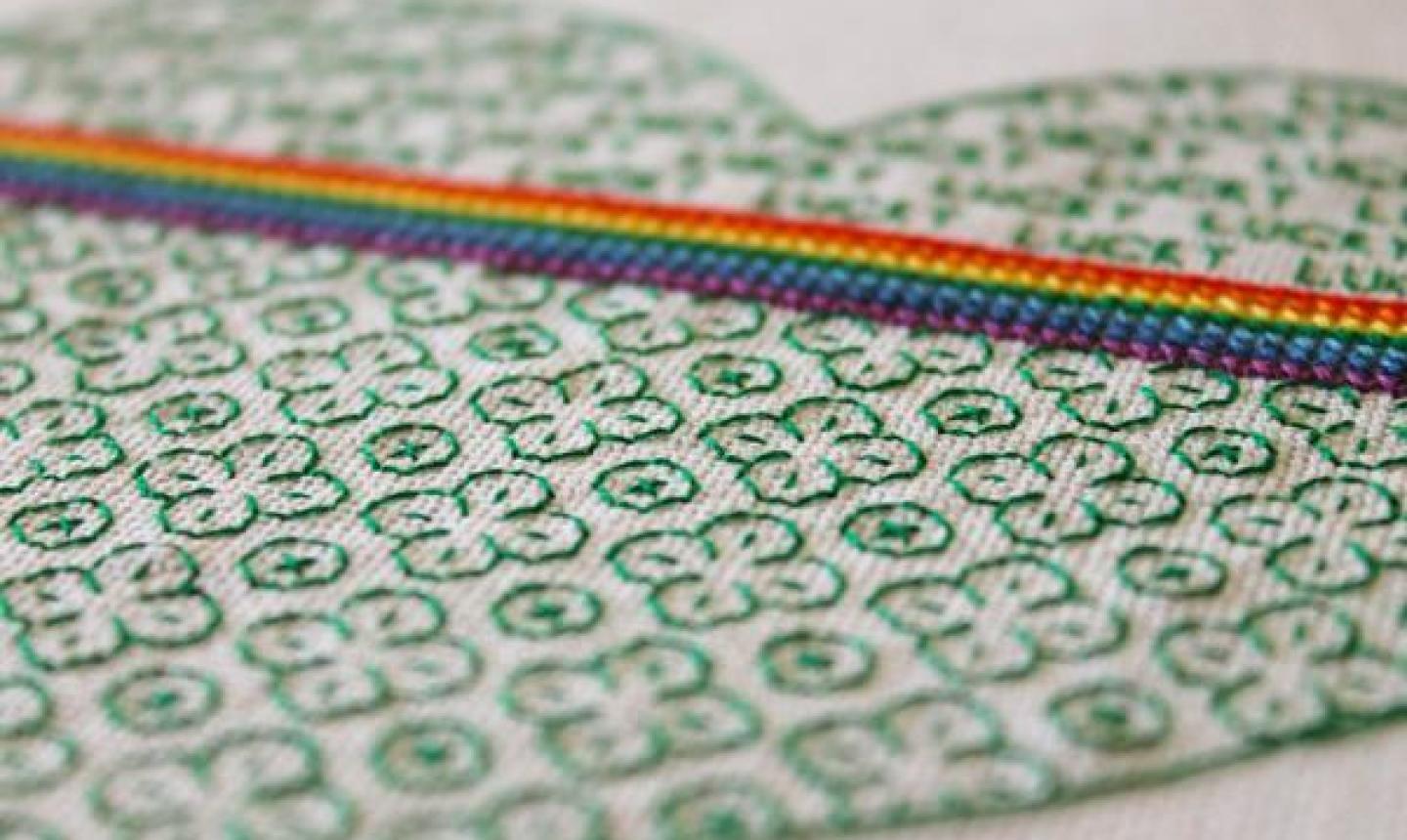 Today, blackwork is often worked on an even-weave cloth — either linen, Aida cloth, Hardanger fabric or cotton/rayon blends. Like counted cross-stitch, blackwork can be worked over one or two threads of fabric. For finer, detailed blackwork, fabrics with higher thread counts work well. For bold patterns, fabrics with a lower thread count are ideal, unless you want to stitch over two threads of fabric.

As for threads, twisted, silk or cotton embroidery floss all work well for blackwork embroidery. You can vary the weight by adding or subtracting different strands, but generally a thinner thread yields a neat, crisp look for this style.

One key difference between blackwork and other forms of embroidery is the needle. Instead of embroidery needles with sharp tips, blackwork is done with tapestry needles. This makes it easier to work the backstich or double running stitch in the holes of fabric. 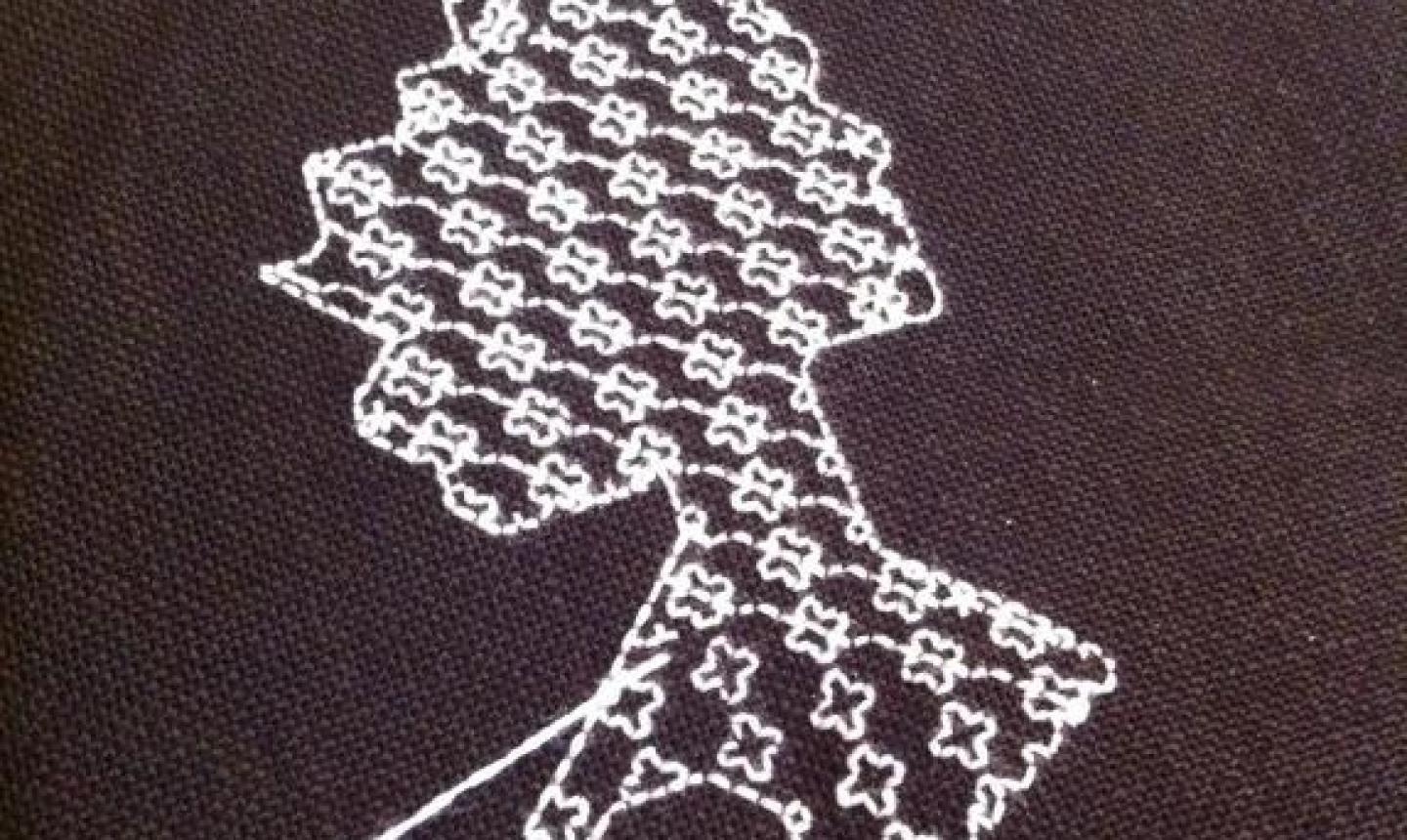 Blackwork embroidery patterns are often charted on a grid, just like cross-stitch, so it’s a great place for beginners to start. But when blackwork is used for filling a larger design (its most common use), a grid isn’t necessary. This can make blackwork challenging, yet at the same time allows a lot of room for interpretation. Once you understand the sequence of the filling pattern, it’s just a matter of applying that sequence repeatedly in the area to be filled.

Another common use for blackwork: shading. The weight of threads and the filling patterns are adjusted to provide realistic degrees of shading, which can produce beautiful, realistic images of people, animals and scenes in thread. Try this method after you’ve mastered a few basic blackwork embroidery patterns, as this use case is more of a challenge.