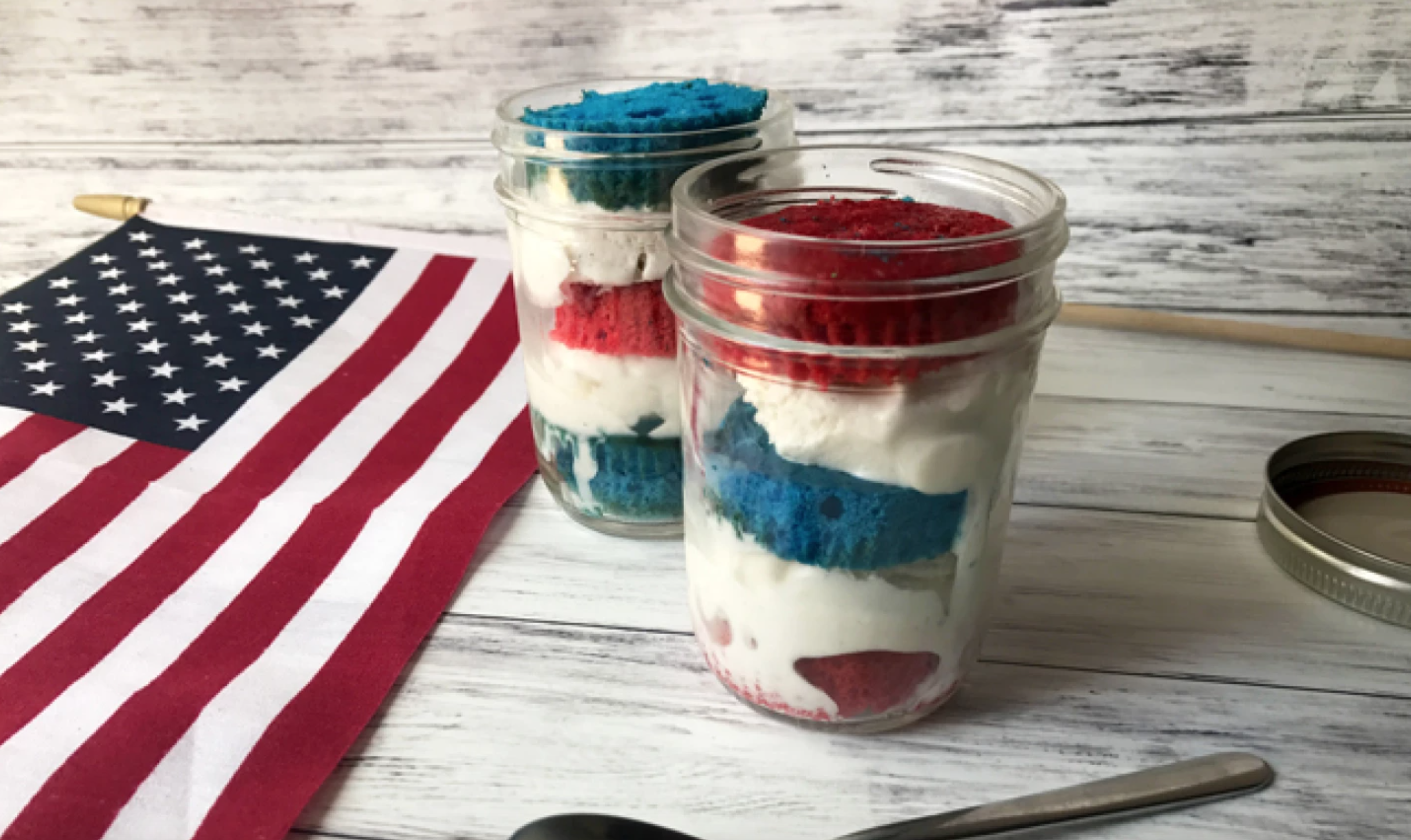 The Fourth of July is a great day for having fun in the sun, but you’ve also gotta keep cool. And these ice cream-cupcake treats make it so easy to do. The best part? You can make ’em well ahead of time, so you can spend the day-of enjoying time with friends and fam.

Pro Tip: One batch of cupcake batter makes enough for 16 jars. If you don’t want that many, use the leftover cupcakes to make star-spangled cake pops.

Once the cupcakes are baked and cooled, place them in a zipper bag and freeze.

Good to Know: You want everything to be frozen so it’s easier to handle and don’t have to worry about the goods shifting and expanding in the jar.

Thoroughly wash and dry all of the mason jar and lid pieces, then let cool. You don’t want to assemble your jars while the glass is warm from washing — it should be to at least room temperature before assembly.

3. Put It All Together 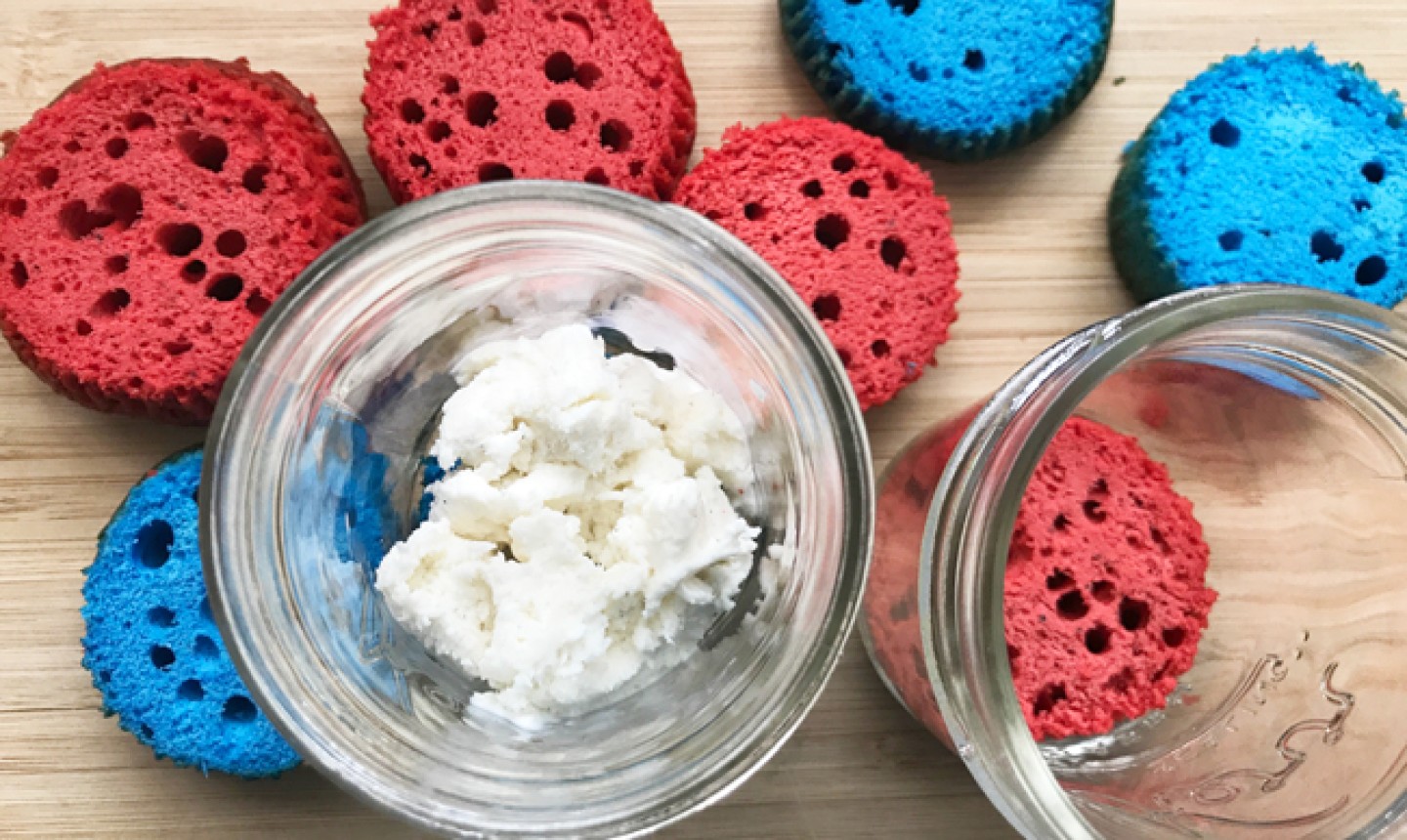 Remove the cupcakes from the freezer and remove their paper liners (if used). Cut each one in half horizontally.

Place one half of a cupcake at the bottom of the jar (in either color). Spoon a layer of ice cream on top.

Put another cupcake half (in the second color) on top of the ice cream. Continue layering the treats together, alternating between cupcakes and ice cream, until the jar is filled. 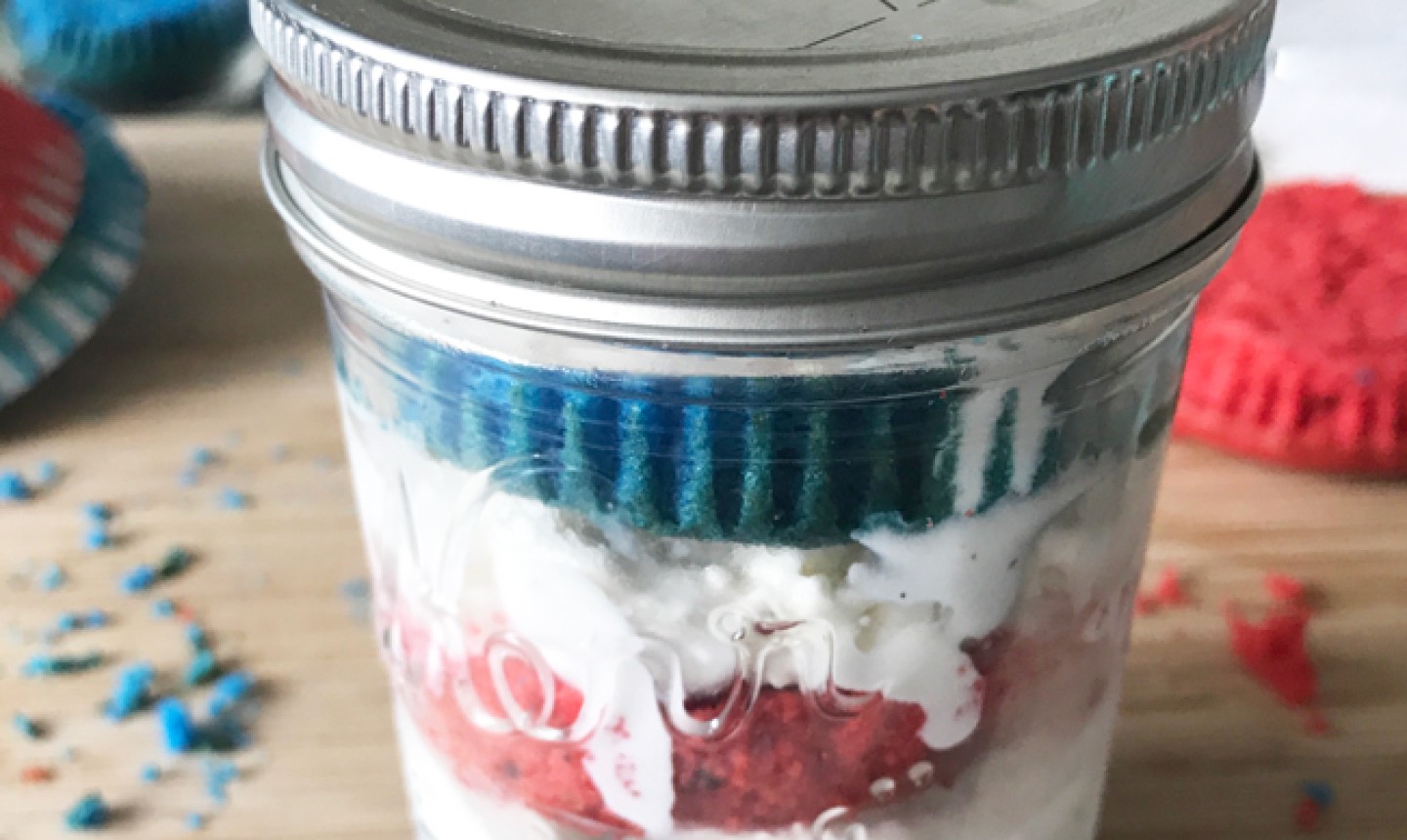 Place the jars in the freezer until ready to serve.