Ever wondered, “Can I make marshmallow fluff from marshmallows?” The answer…Yes!

This is a magic cooking trick that is sure to deliver delicious rewards. Read on to learn how to use marshmallows to make your own marshmallow fluff at home!

We’ve shown you that its possible to make delicious marshmallow fluff at home, starting from scratch. However, it’s not the only way to make the fluffy stuff.

And happily, it’s an extremely easy procedure that requires only two ingredients and just a few minutes of your time. The resulting fluff is the stuff of dreams: full of marshmallow-y flavor, and fresher-tasting than the kind from the jar. You can use it anywhere you’d normally use fluff, from fluffernutter sandwiches to a topping for a s’mores pie or cake or even a tasty ice cream topping.

All your questions about making marshmallow fluff from marshmallows, answered.

How long will it keep after making it?

This fluff will lose its airiness within a day or two after it is made, so it is suggested that you use the homemade fluff shortly after you make it. Luckily, it can be made in small batches so you can have fluff to order, in minutes.

Do I have to use corn syrup? I’d prefer not to. 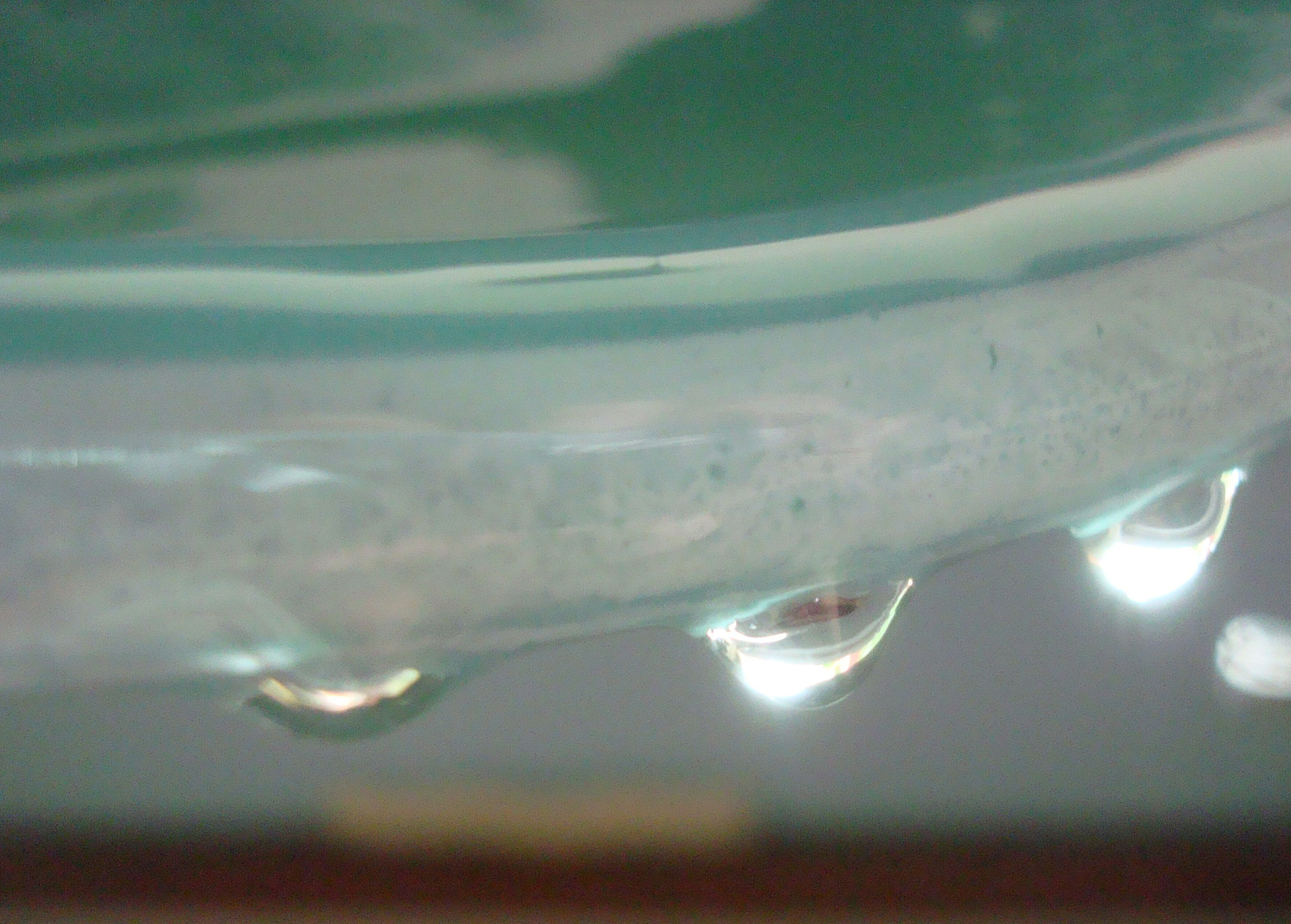 This fluff recipe calls for only a small amount of corn or simple syrup, but if you make simple syrup, you can keep it on hand for a myriad of other projects, such as homemade mojitos or even to sweeten morning coffee.

Can I use jumbo marshmallows instead of mini?

Yes, you can. Mini-marshmallows tend to be easier to measure than their larger counterparts, but you can use this quick trick to ensure you get the right ratio: 8-10 large ones typically equal 1 cup of miniature marshmallows. To help them melt quicker and more evenly, slice the jumbo marshmallows in half or quarters before starting the recipe.

Can I use homemade marshmallows? 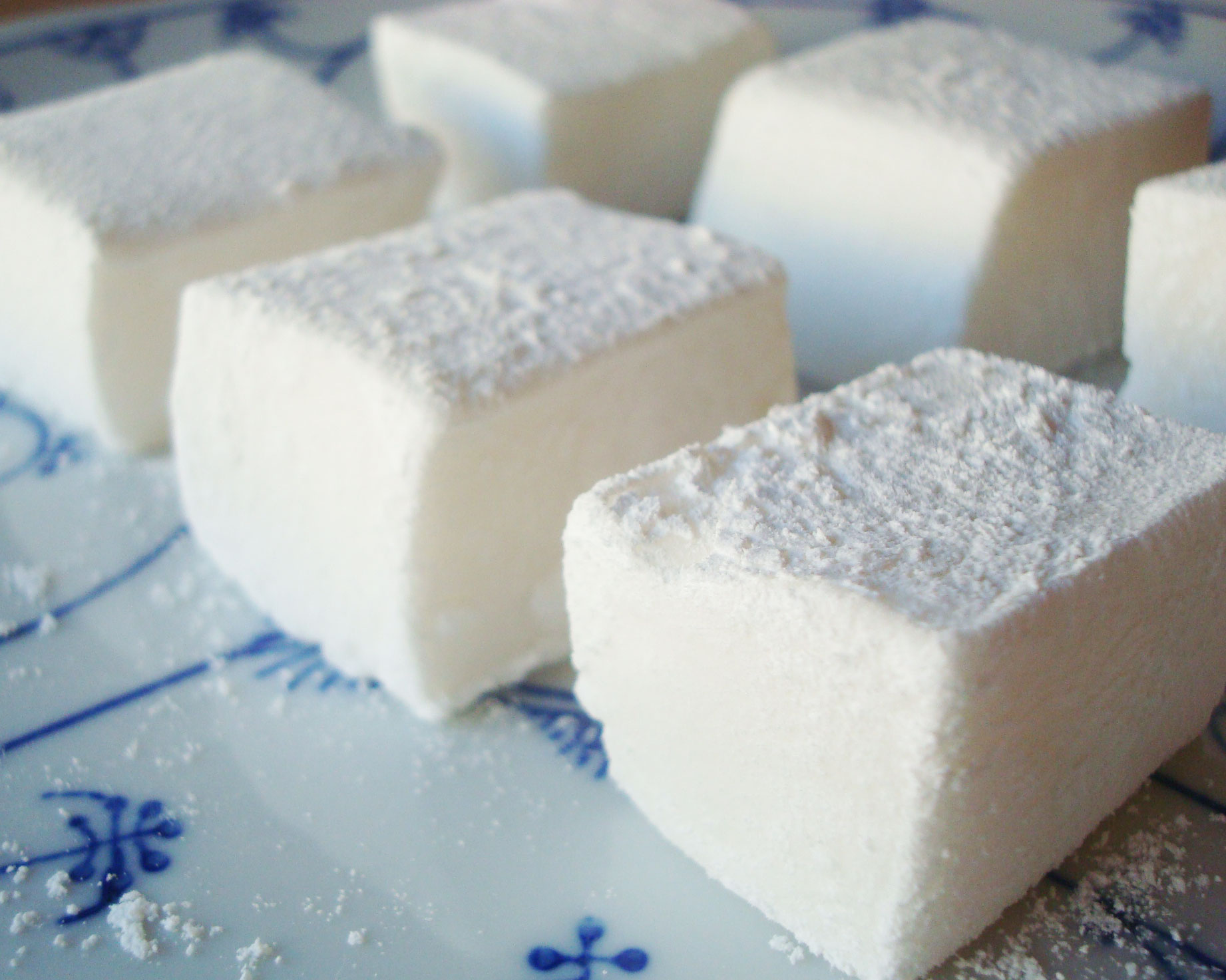 Yes, you can use your delicious homemade marshmallows to make fluff! However, you might need to increase the amount of corn or simple syrup in the recipe to 1 1/2 teaspoons per 1 cup of marshmallows. Start by adding the called-for amount. If the mixture isn’t smooth enough, add the extra quantity. Do cut these marshmallows before measuring to ensure that you can measure a cup without too much air in the vessel.

Will it brown under the broiler?

To the best of our experimentation, yes. The homemade fluff seems to react pretty much in the same way as the kind from the jar.

Like fluff or melted marshmallows, slightly wet or buttered hands will help in handling the mixture to avoid it sticking to you. Spraying your storage container with non-stick spray can work wonders, too. 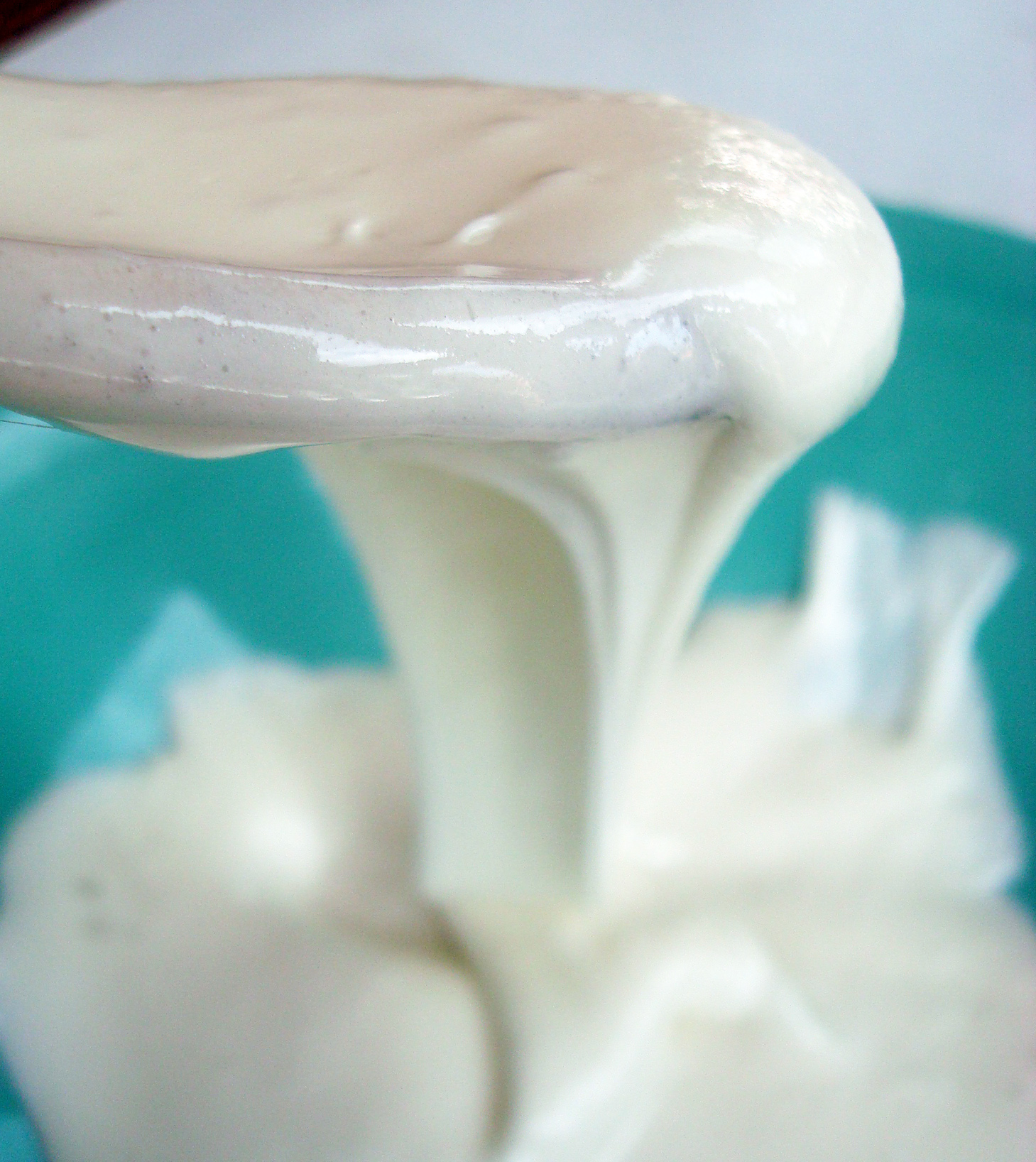 Note: This recipe can be easily doubled, tripled, or even quadrupled. Simply stick to the same ratio listed above.

Melt the marshmallows in a double boiler over low heat. You’ll notice that the marshmallows progress from solid to sort of liquid-like with lumps; when they have begun to become sticky, add the corn syrup or simple syrup. Stir frequently to avoid scorching. 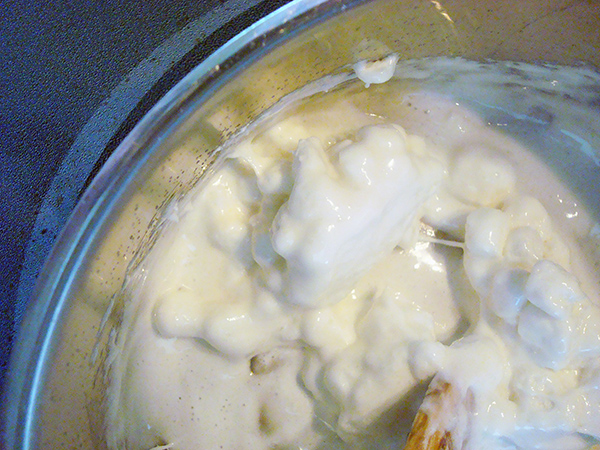 Any remaining lumps will gradually give way to a smooth, sticky mixture. The mixture is easier to transfer while hot, so transfer from the top of the double boiler to a storage container while it is still quite warm. 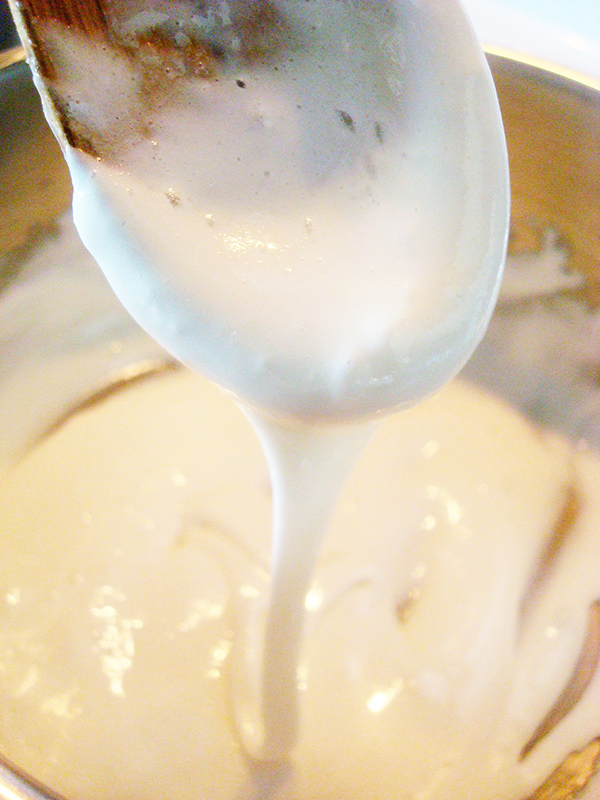