Have you ever taken the time to really think about cucumbers? If you think that cucumbers are no more than oblong green things that grow in the garden that grace salads and scent spa water, then you’ve got it all wrong. 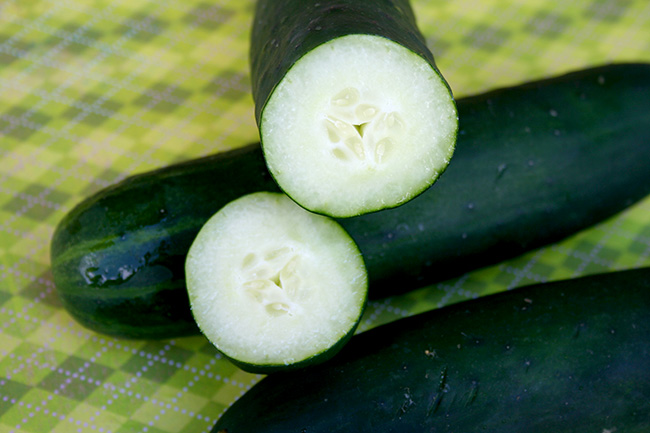 Turns out, this garden favorite can be used in all sorts of cooking, beverage and baking projects. Here, we’ll explore cucumbers from all angles — you’ll soon be a cucumber expert!

Cucumbers are in fact a fruit!

In spite of their frequent use in veggie dishes such as salads, cucumbers are fruit and part of the gourd family.

If you want to get scientific, in the world of botany, cucumbers are considered a “pepo,” which means that they are a type of berry with a hard rind and no dividing sections on the interior.

When are cucumbers in season?

Cucumbers are readily available in stores year-round; however, they are considered at their peak from May through July.

How to choose a cucumber

When seeking the perfect cucumber, use your senses:

How to store cucumbers 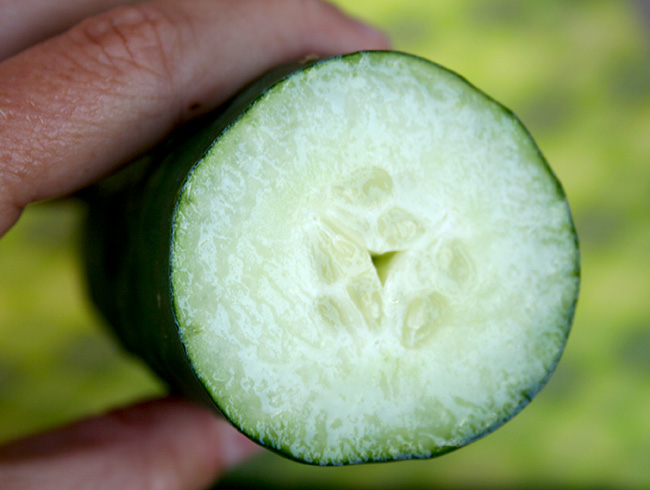 How to prepare and use cucumbers in your cooking

There are quite a few different and delicious ways to use cucumbers in your cooking; here are a few of our favorites. 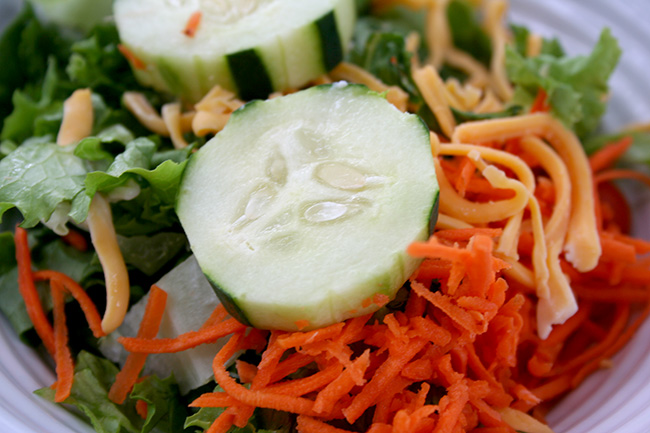 Sliced cucumbers, whether in coins, strips, wedges or cubes, are suitable for eating as-is. Some people choose to discard the skin, but there is a case for keeping it on: it’s rich in Vitamin K. Their crunch and mellow flavor makes them a time-honored favorite in salads. 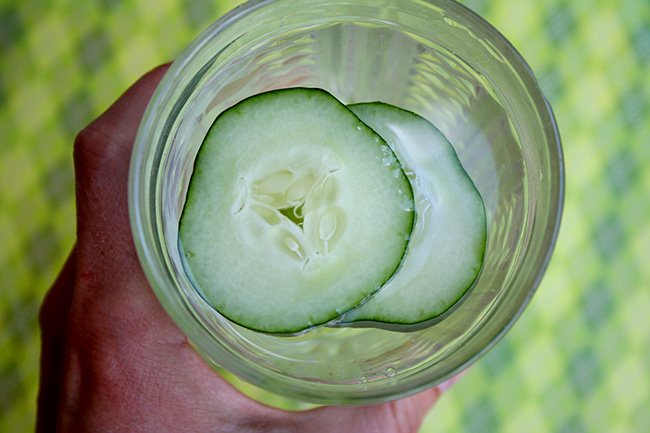 Want to transform your H2O from mere a vehicle of hydration to spa-like treat? Simply add a few slices of cucumber and let it chill in your fridge for a few hours (or even overnight). The cucumber will infuse the water, flavoring it and making it extra-refreshing. 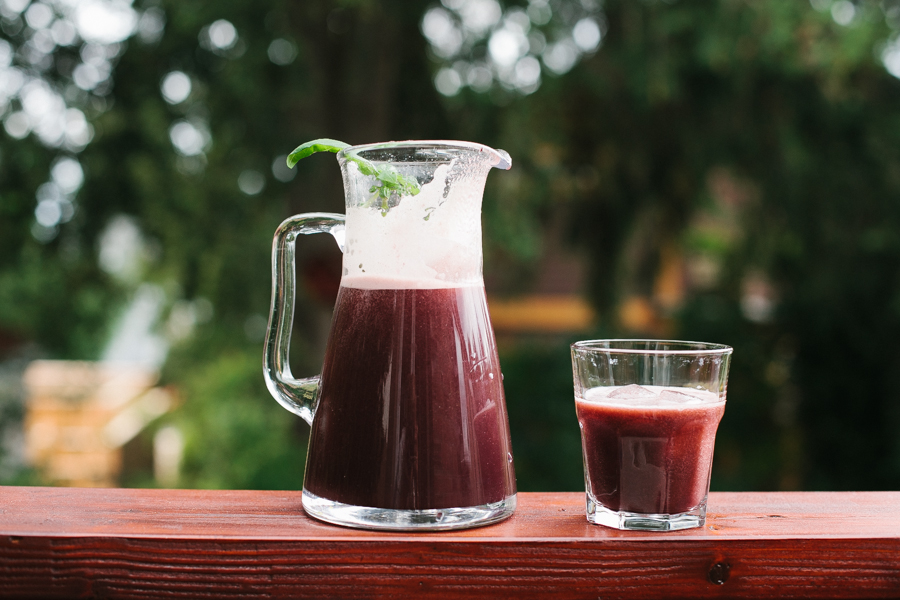 Cucumber has the power to make smoothies and juices extra tasty and cooling. Put slices of cucumber in your next green smoothie, or use it to make a summery agua fresca. Try our cucumber, blueberry and basil agua fresca recipe!

Pickled cucumbers are so popular that we just call them “pickles”! To make pickles, basically you immerse slices, strips or full cucumbers in a brine solution made using vinegar and any number of other ingredients. The pickles will take on the flavor of the solution, yielding a pleasingly sour side dish or garnish. Try our easy refrigerator pickles recipe! 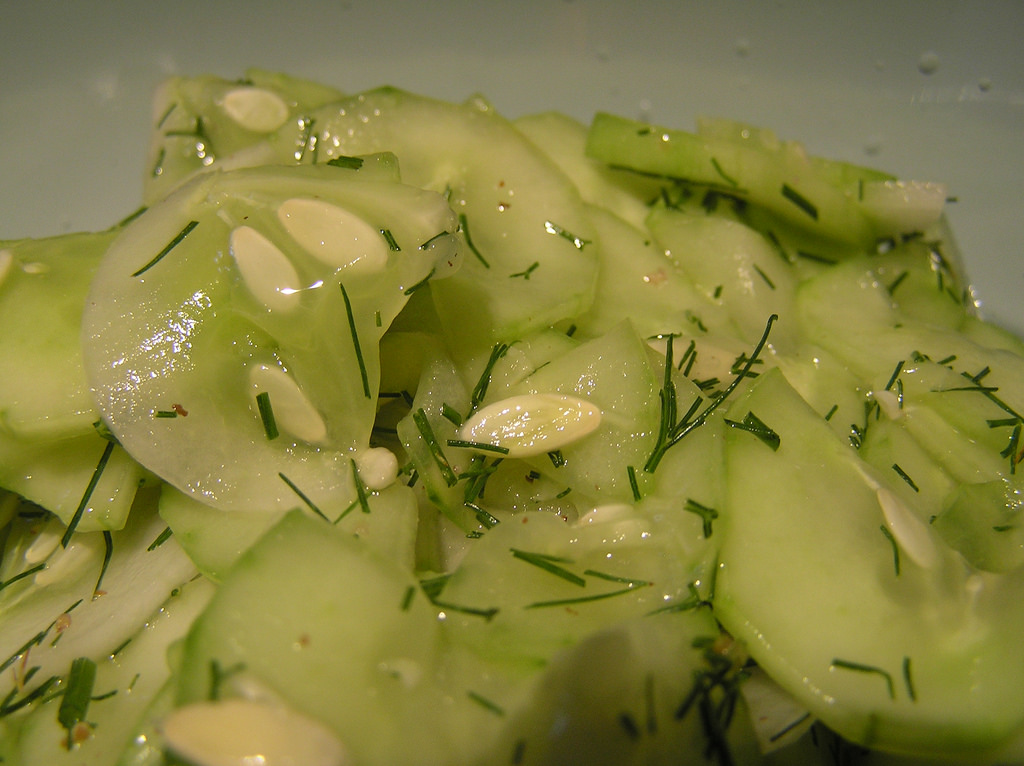 Not to be confused with pickles. We’ll expand the category of flavorings and texture with marinated cucumbers. Left to soak or steep in any number of different mixtures, marinated cucumbers can be sweet, salty, savory, or somewhere umami-in between.

Just as you can spiralize or carefully cut a zucchini into “noodles,” you can do the same with cucumber. Cucumber noodles can be served cold or hot, and work well with a variety of different toppings. This simple recipe for cucumber noodles is a great accompaniment to fish or white meats.

Cucumber is an important ingredient in Greek tzatziki sauce, which is made using yogurt, dill, cucumber and a number of other seasonings. It’s irresistible when served in sandwiches or as a dip for pita bread or veggies. 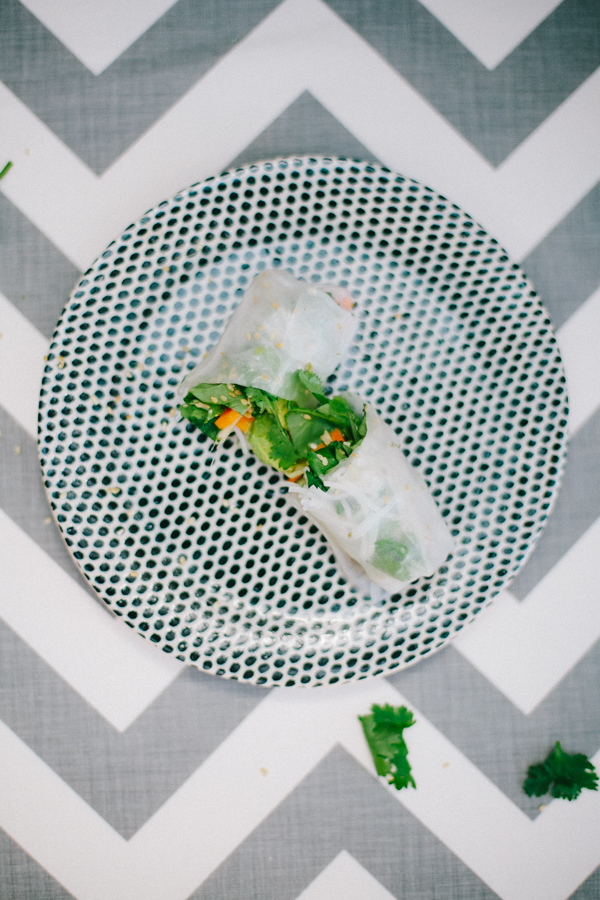 Matchstick-thin slices of cucumber add a pleasing crunch and refreshing flavor to homemade spring rolls. Combine them with your favorite ingredients — such as cold noodles, carrots, cilantro, avocado or shrimp — to make an appetizer that is better for you than takeout! Try out our easy spring roll recipe! 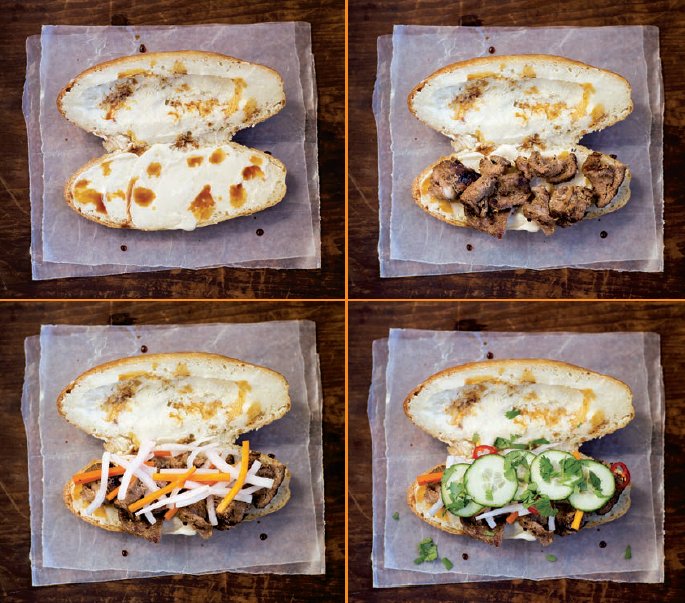 Banh mi is a traditional Vietnamese sandwich that, according to Craftsy instructor Andrea Nguyen, “involves a light, crisp baguette lined with rich mayonnaise, Maggi Seasoning or soy sauce, a little protein (grilled meats, pate, or charcuterie, for example), pickled vegetables, chile slices, cucumber and cilantro.” Go ahead, treat yourself to this international delight of a sandwich featuring crispy cucumber slices! Want to know more about banh mi? Check out this post. 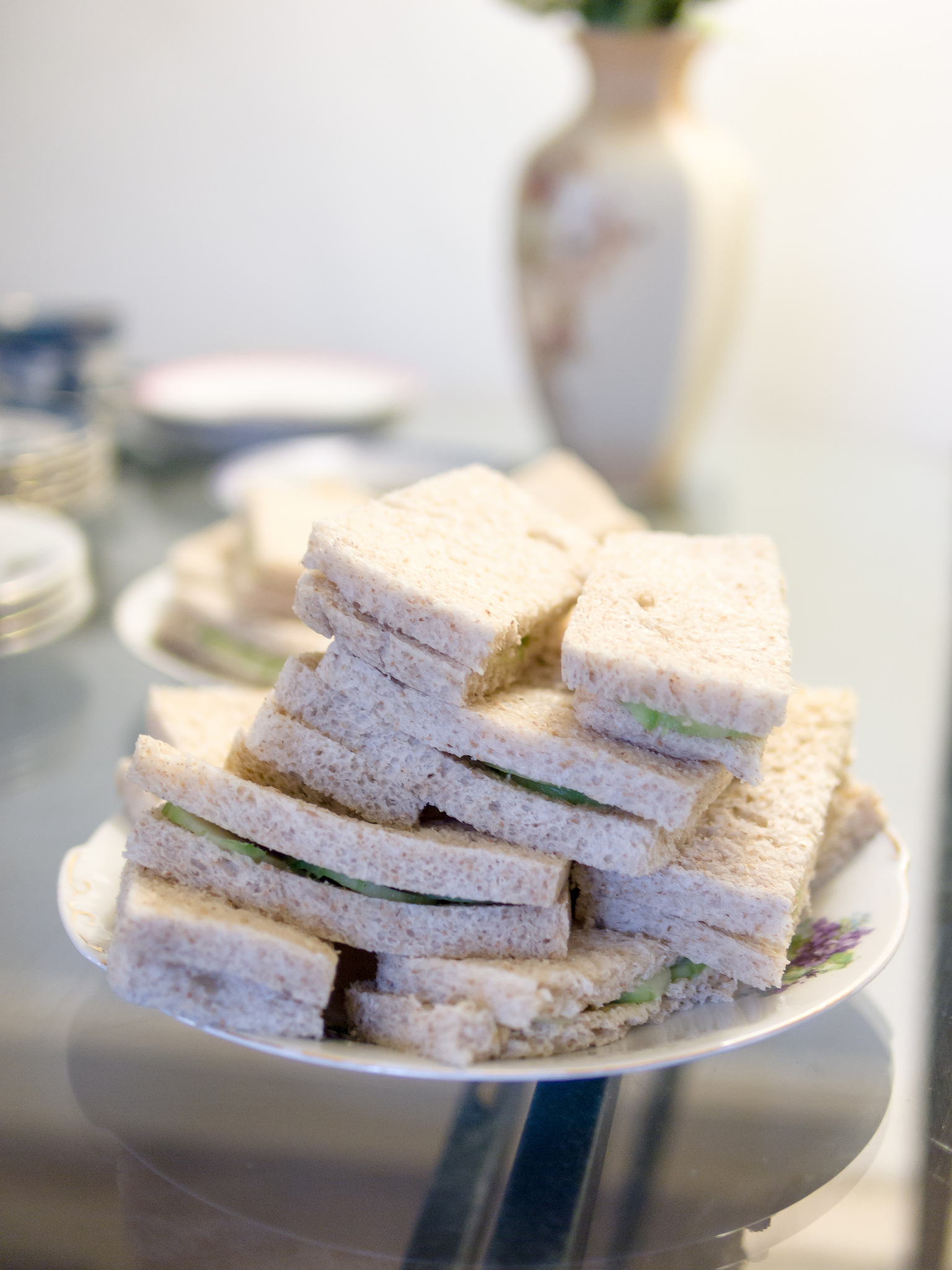 You don’t have to be invited to the palace to enjoy tea like a queen. Simply whip up a batch of dainty cucumber sandwiches by placing wafer-thin slices of cucumber between lightly buttered slices of soft, crustless white bread. Serve with tea and scones with clotted cream; enjoy with pinkies out for the best results. 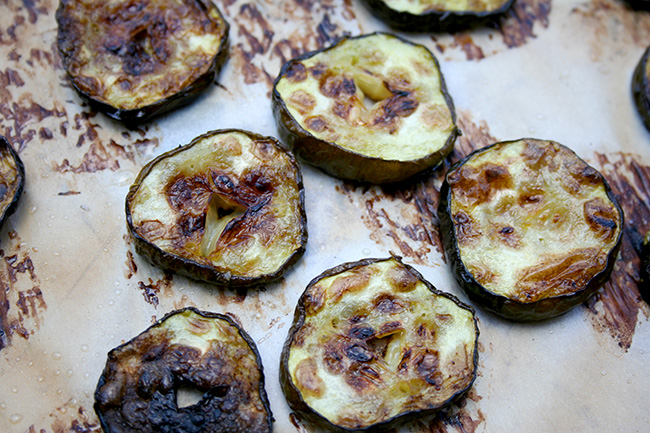 While the idea of baked cucumbers might sound odd, this recipe concept has been embraced for years — Julia Child even had a recipe for them!

For an easy DIY version, cut your cucumber into slices, scatter in a single layer on a baking sheet, drizzle with oil, salt and any other seasoning you like. Bake at 375 F for 40 minutes to an hour, rotating them a few times during baking. The edges will take on a crispness, but the inside will be soft. These taste great in salads or as a side dish. 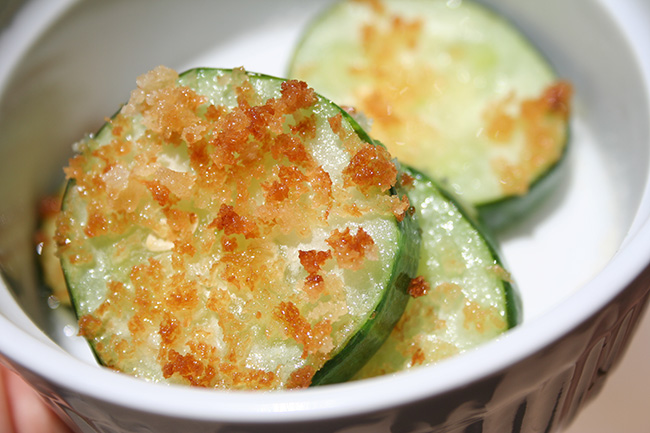 What doesn’t taste great when breaded and fried? Cucumbers certainly do. I like to keep it simple by slicing cucumber, dipping it in panko bread crumbs and a little salt, then frying them in coconut oil. They make for an extremely pleasant, crispy-on-the-edges but soft on the inside treat.

If fried cucumbers don’t have enough zing for you, you can use this method with pickles, too! Either way (cucumbers or pickles), they are particularly nice when served alongside cheese and wine.

Cucumber can make an elegant addition to a number of different soup recipes. Its delicate flavor works particularly well in chilled soups, such as gazpacho; a recipe like this cold cucumber soup with yogurt and dill sounds like a wonderful dish for outdoor entertaining in the summer. Check out our post on how to design your own gazpacho soup.

Cucumber…for dessert? Believe it. The flavor of watercolor gives cake an elegant and subtle flavor. This recipe features a cucumber-lemon cake with a tipsy gin-infused buttercream; it looks and sounds like something you’d order at a fancy restaurant. Of course, this begs the question: would you eat cucumbers for dessert?