Don’t know your ganache from your fudge buttercream? Hazy on the difference between glaze and royal icing? Don’t worry. This guide to different kinds of icing, glazes and frostings has you covered, providing education on all sorts of toppings and fillings that take the cake.

From rich, chocolatey ganache to pretty and sophisticated fondant, this visual guide explains the differences between the many different types of icing, as well as exploring some of the best ways in which they can be used in your cake decorating. Bookmark this page as a reference for future cake decorating projects! 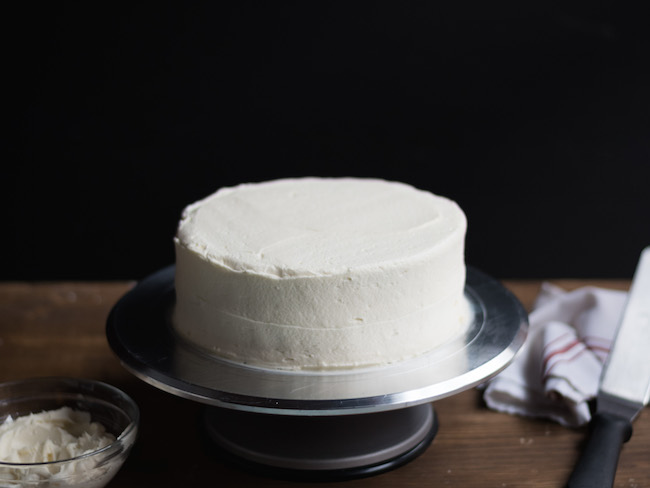 This is probably what most people think of as a classic birthday cake frosting. Made primarily from butter and confectioners’ sugar, this buttercream can be tinted or flavored in a number of different ways. 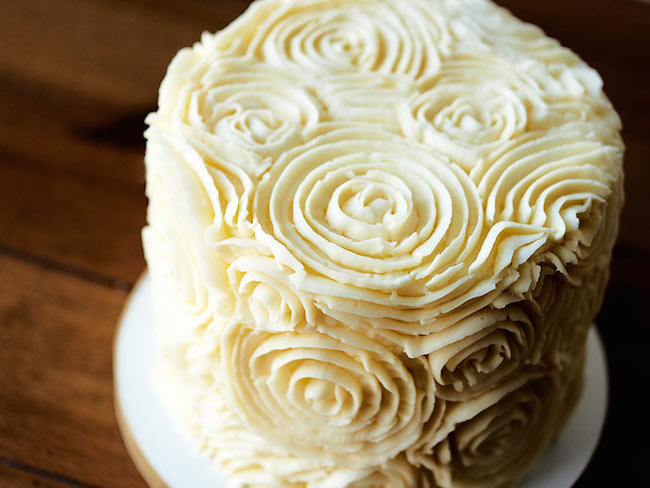 Crusting buttercream is a variant of American-style buttercream that is frequently made with part shortening and a little more sugar than usual so that it is soft when made, but sets as it firms. This type of buttercream is especially popular for cakes featuring piping, as the designs are a bit sturdier against elements such as heat or possible jostling.

Sometimes called boiled milk frosting, cooked milk buttercream or ermine buttercream, flour buttercream is unique because it’s made by boiling a mixture of flour, sugar, and milk until it thickens to a pudding-like consistency. It’s then cooled and beaten with butter and flavorings to make a silky, delicious buttercream that visually resembles an American buttercream.

Cream cheese frosting is a type of American-style buttercream that employs cream cheese instead of or in addition to butter (or other fat). It is a common frosting to use on top of carrot cake, Hummingbird cake, and red velvet cake. 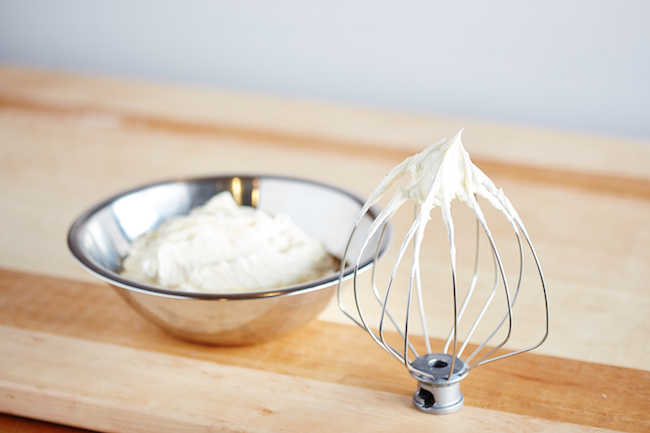 This buttercream is sort of like a cross between boiled milk buttercream and French buttercream. A pastry cream is combined with butter and/or confectioners’ sugar to a spreading consistency. This type of buttercream is best for a filling, but when enough sugar is added, it can be piped.

Not to be confused with French meringue buttercream, this rich cake topping and filling is made with hot sugar combined with egg yolks rather than whites. Since the eggs are not cooked, they can be pasteurized before making this type of buttercream to reduce the chance of foodborne illness.

There is a particular sub-set of American-style buttercreams that contain chocolate (either melted chocolate or a cocoa powder mixture), which is then incorporated with a butter and sugar mixture. Not to be confused with fudge icing, which is boiled, this is a buttercream that starts with either melted chocolate or cocoa powder combined with butter, which is then cooled and whipped with sugar and flavorings to a fluffy consistency. 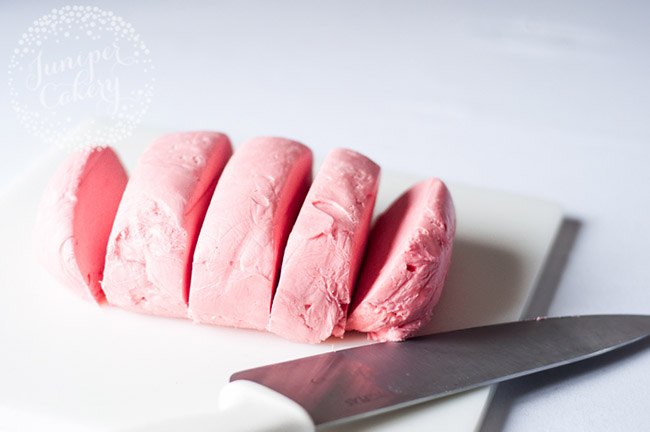 Often made with shortening, this is a buttercream with much higher amount of sugar, giving it a clay-like consistency that can be rolled. It is not quite as flexible as fondant but can be used for some of the same applications. 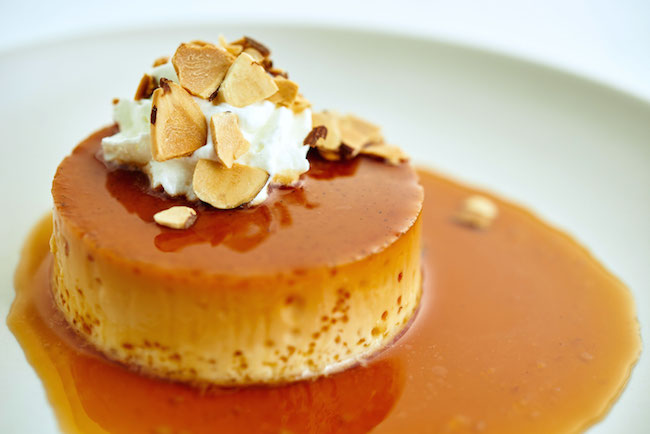 From Carole Bloom’s The Art of Caramel: Techniques & Treats 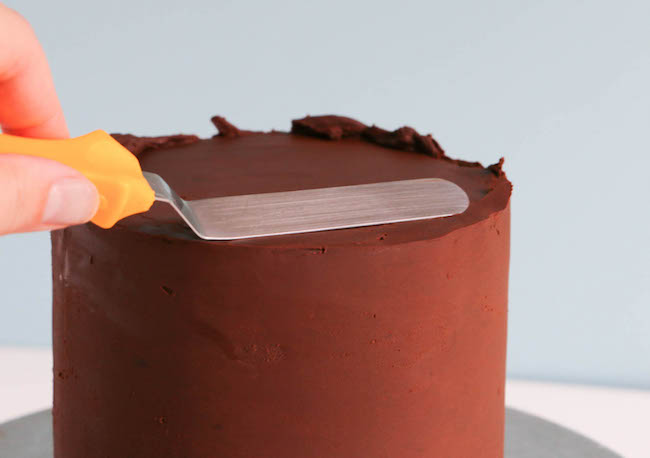 Is ganache a cake topping? Pastry filling? Glaze? Chocolate filling? The answer to all of the above is yes. One of the most common types of ganache is made using approximately equal weights in cream and chocolate. It is made by bringing cream to a simmer, then pouring it on top of chopped chocolate, then mixing until smooth. The mixture starts out quite liquid, but firms as it sets. It can be used as a drizzle, or as it becomes thicker as it cools, it can be used to cover an entire cake. Once firm, it can be used as a filling for chocolates. 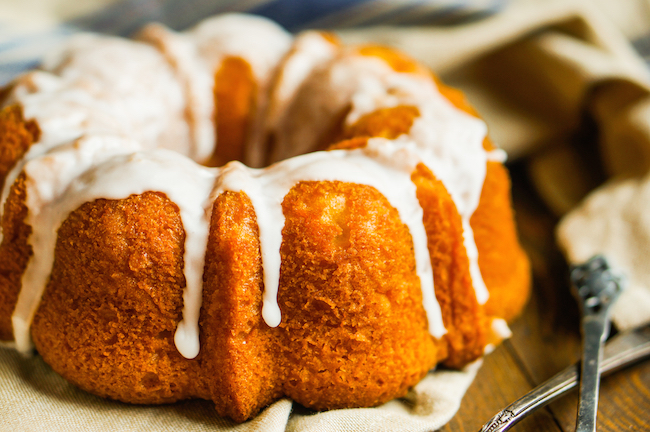 From Jenny McCoy’s Icing on the Cake: The Ultimate Frosting Toolkit

This simple glaze is made using confectioners’ sugar with a small amount of liquid added (often milk or water). It can be quite liquid or thicker, like a syrup, depending on the ratio of sugar to liquid. It is often used as a drizzle (for instance, on top of a quick bread) or as an all-over translucent topping (for instance, glazed doughnuts). 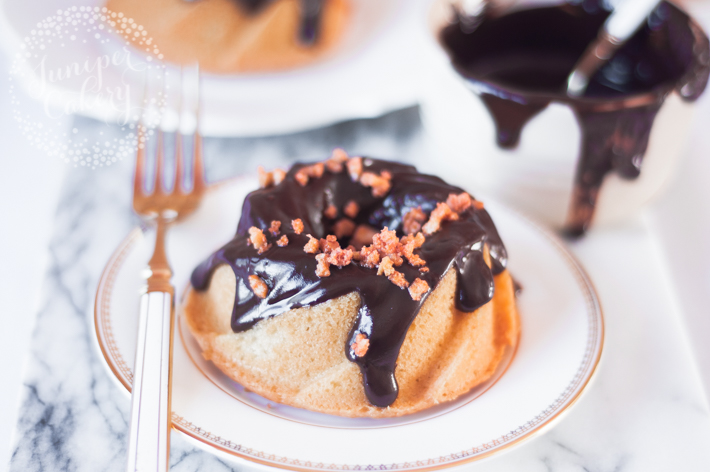 A chocolate glaze is a pourable chocolate topping. It can range from translucent to opaque, but it is typically thin enough that it can be poured. A ganache could be used as a chocolate glaze, but a number of varieties exist. 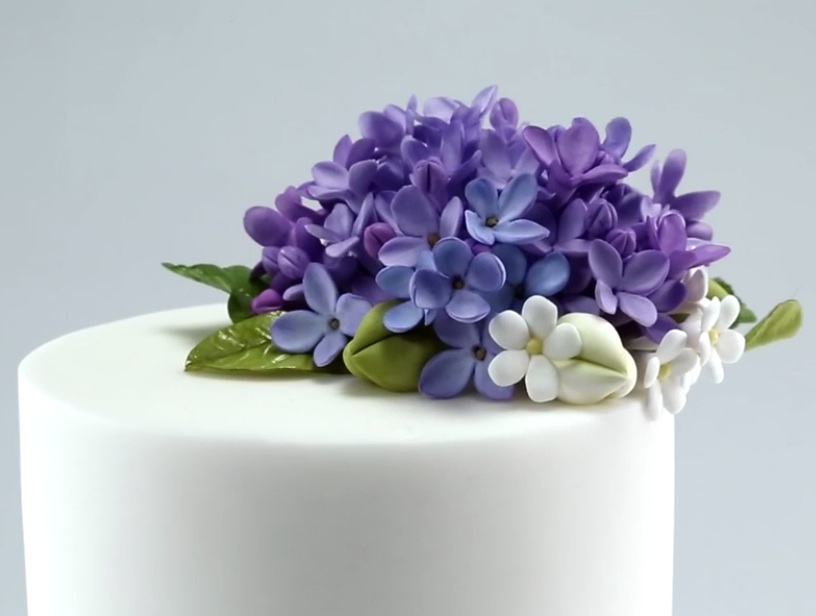 Gum paste is a pliable dough which is often used for cake decorating. It is made using egg whites, confectioners’ sugar, and shortening. It can be rolled quite thin and is ideal for creating hand-modeled flowers or other intricate decorations. While fondant will remain soft, gum paste dries quite hard and is better suited for decoration on a cake than for, say, covering an entire cake. 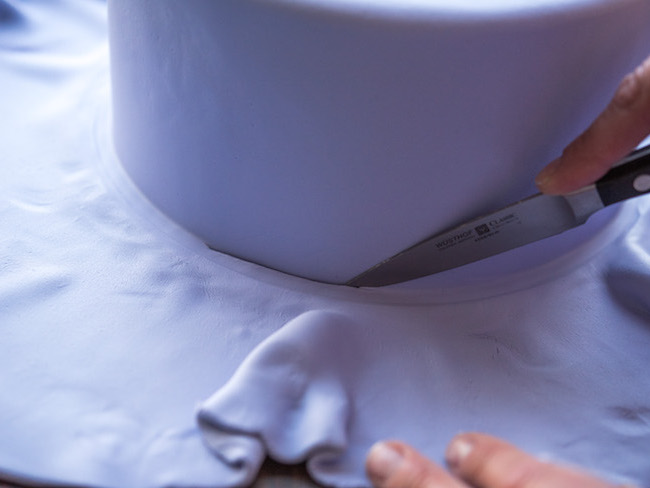 From Rachael Teufel’s Covering Cakes in Fondant: Round, Square & Shaped

Generally when it comes to cake decorating, rolled fondant is the type in question. Rolled fondant is a pliable, dough-like icing that is popular for use on occasion cakes. It is made of sugar, water, gelatin, and food-grade glycerine. Its smooth appearance gives cakes a polished look, and rolled fondant is also flexible and workable enough to mold into shapes, which is very effective for decorating cakes. 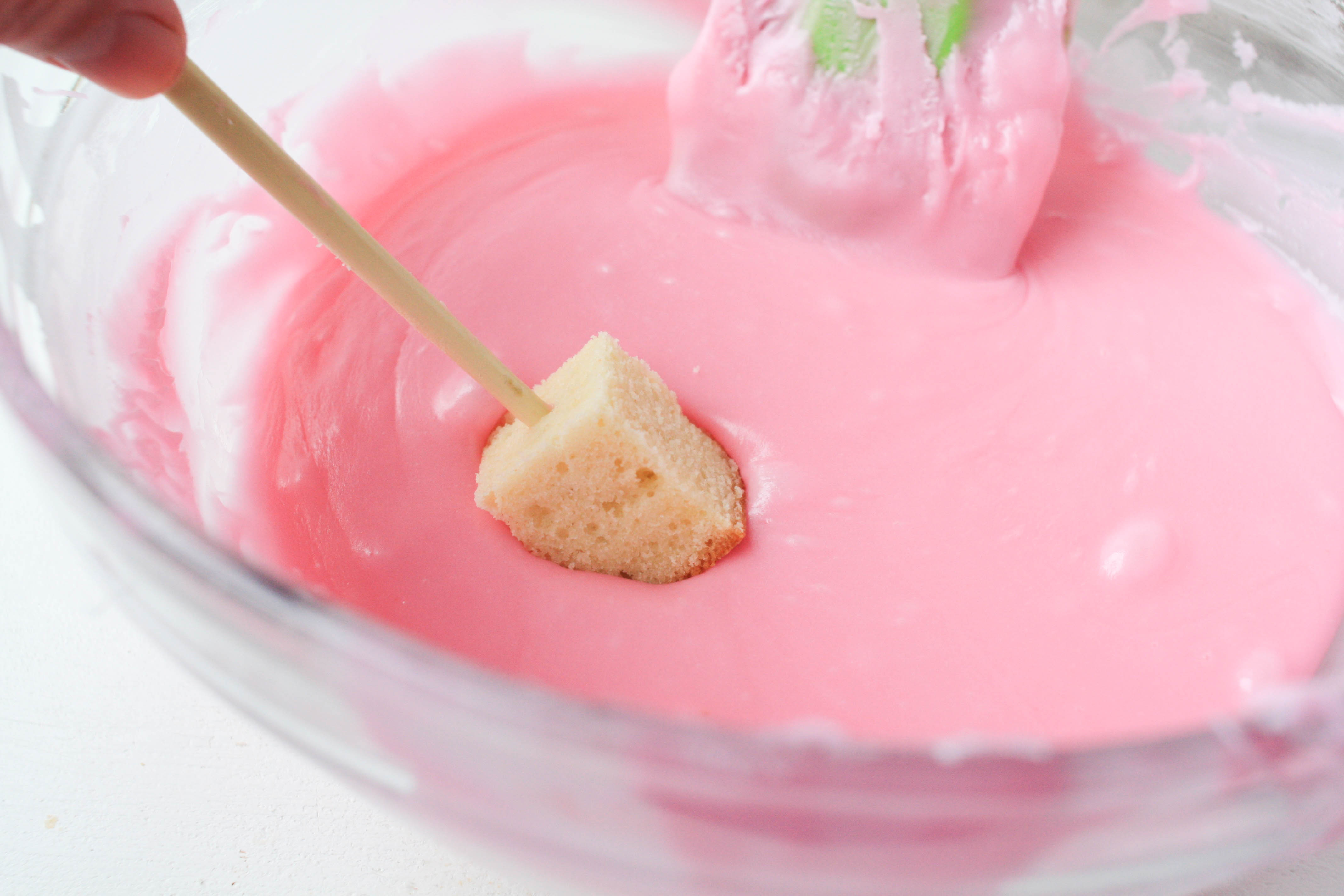 A variation of fondant that remains at a pourable consistency and has a glossy finish once dried. It is often used on top of cakes or pastries. 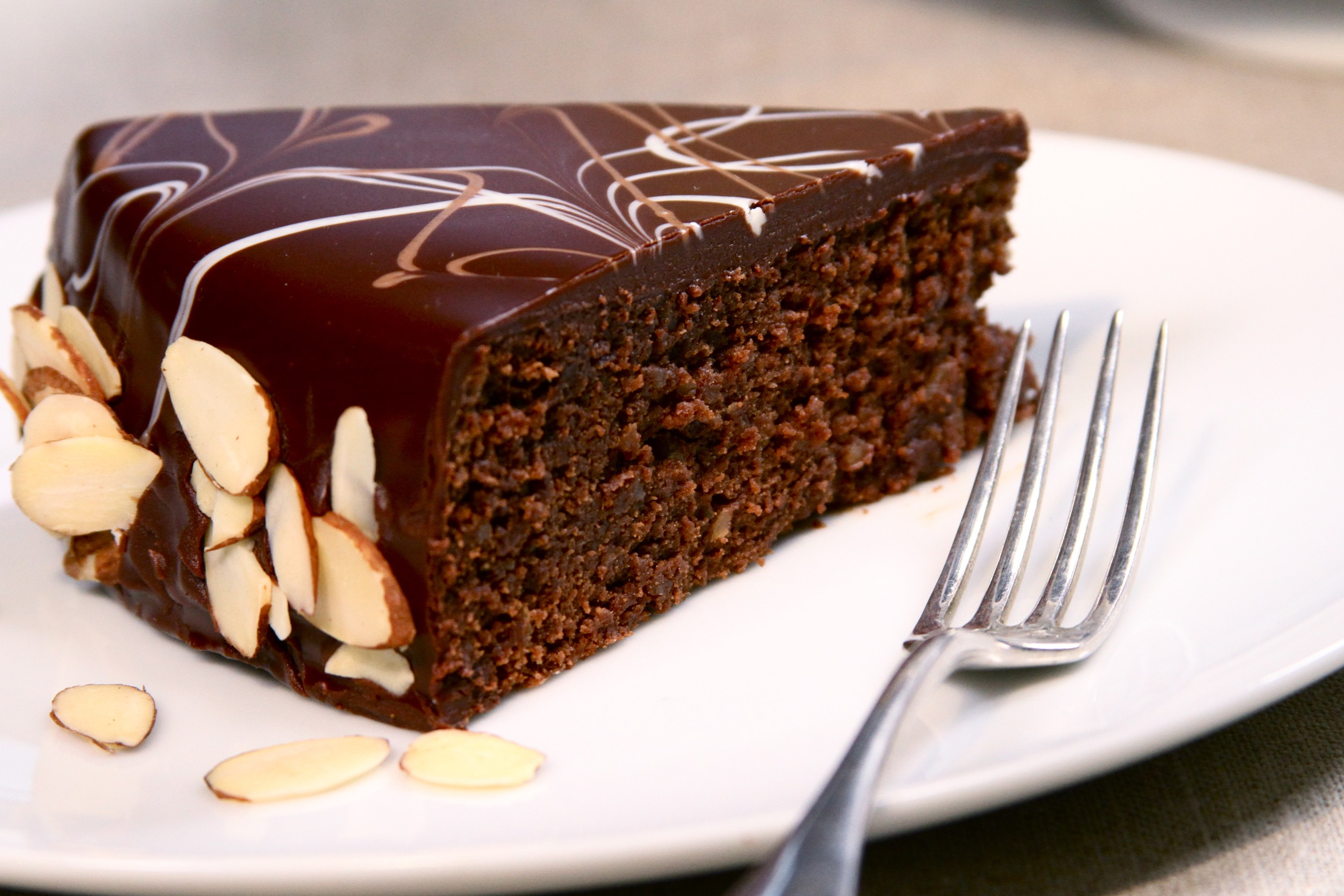 Milk or cream, cocoa powder, sugar, and other flavorings are brought to a boil and cooked until they thicken to make this icing. While it will be pourable/spreadable at first, it will firm to a fudge-like consistency as it cools, so it is best used right away. This is similar to caramel icing but made using cocoa powder instead of brown sugar.

This mixture of almond paste, sugar, and flavorings is an elegant addition to cakes. Thick and pliable, it can be molded into cake decorations, rolled and used like fondant, or used as a cake layer or filling.

This paste is somewhat similar to fondant but firmer and with a glossier finish. This is primarily used for creating sculpted or cut out elements for a cake, but can be difficult to work with if trying to cover an entire cake. 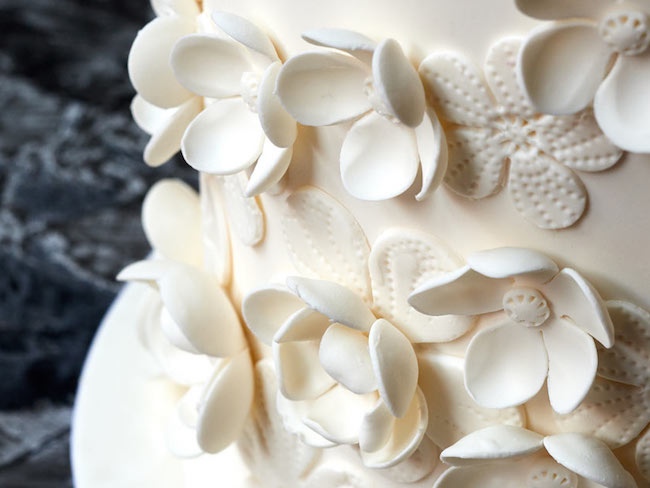 Similar to fondant, but without any of the ingredients to make it soft. This will set hard (not firm) and is best used for sculptural elements on cakes. It is often used in highly stylized works of cake art such as the ones featured in Craftsy’s course High-Fashion Heels. 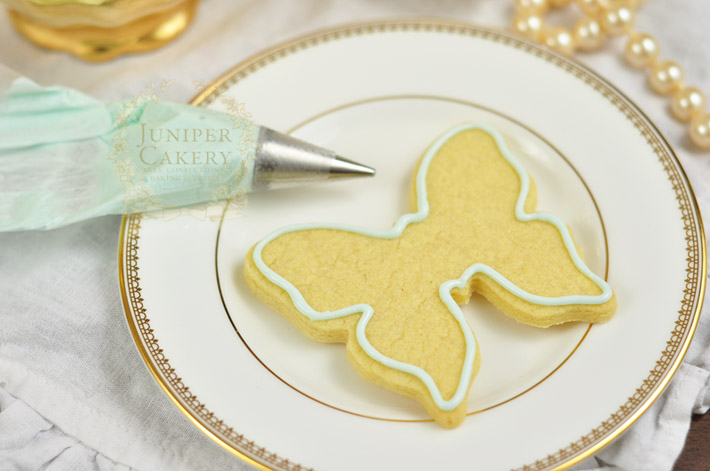 This simple mixture of egg whites, confectioners’ sugar, and often a touch of lemon has a consistency that can be piped, but it dries hard. It is often used to create ornate cookie decorations. It can also be used to pre-make flowers or other cake decorations to be used at a later date, and it’s also what you use to make homemade sprinkles.

Simple syrup is made by combining equal parts sugar and water, sometimes with flavorings, and then heating the mixture until it reduces to a syrup-like consistency. This can be used as a glaze, or it can be used to keep cake layers moist.

Whipped cream can be used as a frosting or filling for cakes. Typically, the type used for cakes is a stabilized whipped cream, which is enforced with marshmallow, butter, or gelatin for a more firm texture that won’t melt as easily.

What is your favorite cake topping?

One Response to “A Comprehensive Guide to Different Kinds of Icing, Glazes & Frostings”
Sign up for our newsletter.
Stay connected to Craftsy experts.
Access over 1,500 Premium classes
BECOME A MEMBER