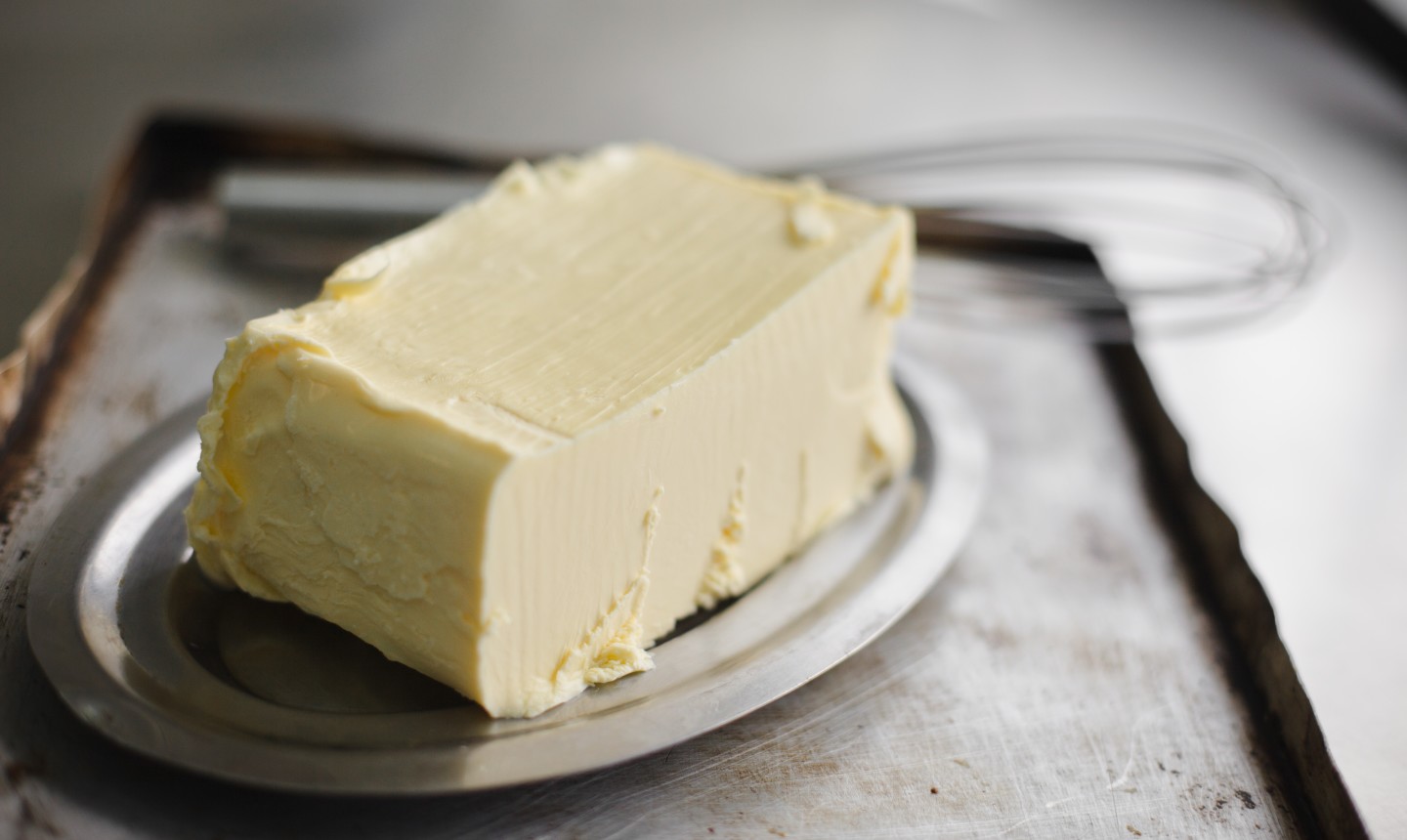 Whether you avoid butter for dietary reasons or simply ran out of your stash, here’s some good news: there are plenty of substitutes you can use in its place and still end up with delicious results.

Good to Know: Because you’re changing the makeup of a recipe by substituting butter with another ingredient, the results will never be identical to the butter-containing counterpart. Some recipes might require a bit of experimentation with different substitutes until you find what works best.

When the recipe calls for butter, substitute an equal amount of coconut oil in its place.

Coconut oil can be a little tricky to work with — while it’s firm when slightly cool, it liquifies when warmed. Make sure the oil is the correct consistency needed for your recipe.

Pro Tip: If you’re making cake frosting, such as vegan buttercream with coconut oil, the oil should be firm.

In certain recipes, you can use puréed soft fruit instead of butter. Applesauce is one of the most popular and versatile puréed fruits for dairy-free baking, and it can step in for most cake and quick bread recipes.

Use puréed fruit as a one-to-one replacement for butter.

It’s easy to substitute puréed fruits of all kinds in frostings or cake fillings.

Substituting puréed fruit can alter the finished texture of your baked goods. For example, cakes might be denser and cookies might be chewier. Try it out and see what works best for your tastes.

Lard is an animal-based fat, so this option isn’t viable for vegans.

With a texture similar to vegetable shortening, lard can be used in equal amounts to substitute for butter.

Use it in batters, doughs, pie pastry and cake frostings.

For many, the largest obstacle when it comes to lard is mental: the fact that it’s animal-derived doesn’t sit well with some. But lard can bring a tender texture to pie crusts and give cookies and cakes a pleasant, well-rounded flavor.

Store-bought vegan butter substitutes, such as Earth Balance or Melt, are made using vegetable-based oils and sometimes soy.

In general, vegan butter substitutes are fine to swap in equal quantities to butter in your baking recipes.

These butter substitutes are specially formulated to act like real butter, so you can use them interchangeably.

In baking, olive oil can be a true friend when butter isn’t an option.

Pro Tip: This conversion chart is a handy guide to proper measurements for butter substitution.

Olive oils are great as a butter alternative for batters and doughs, but they don’t work well when making buttery frostings.

Olive oil can change the taste of your baked good, giving it a slightly nutty flavor.

Canola, vegetable and other plant-based oils can all be used as butter substitutes in your recipes.

The conversion is the same as olive oil — slightly less oil than butter in most recipes, and you can use a conversion chart as a guide.

As with olive oil, vegetable oils are good alternatives for batters and dough but shouldn’t be used in buttery frosting.

Typically mild in flavor, vegetable oils won’t interfere with the taste of your baked goods — their contribution to the recipe revolves around moisture and fat.

Vegetable shortening is a vegetable-based oil that’s been hydrogenated into a solid form.

Use as a one-to-one replacement for butter.

Vegetable shortening is often used as a butter substitute because the texture works well in virtually all of the situations you’d use butter — when creaming ingredients for cake and cookies, when making buttercream or when making pie pastry.

While vegetable shortening will impart a similar texture to butter, it won’t contribute much flavor — it’s virtually odorless and flavorless.