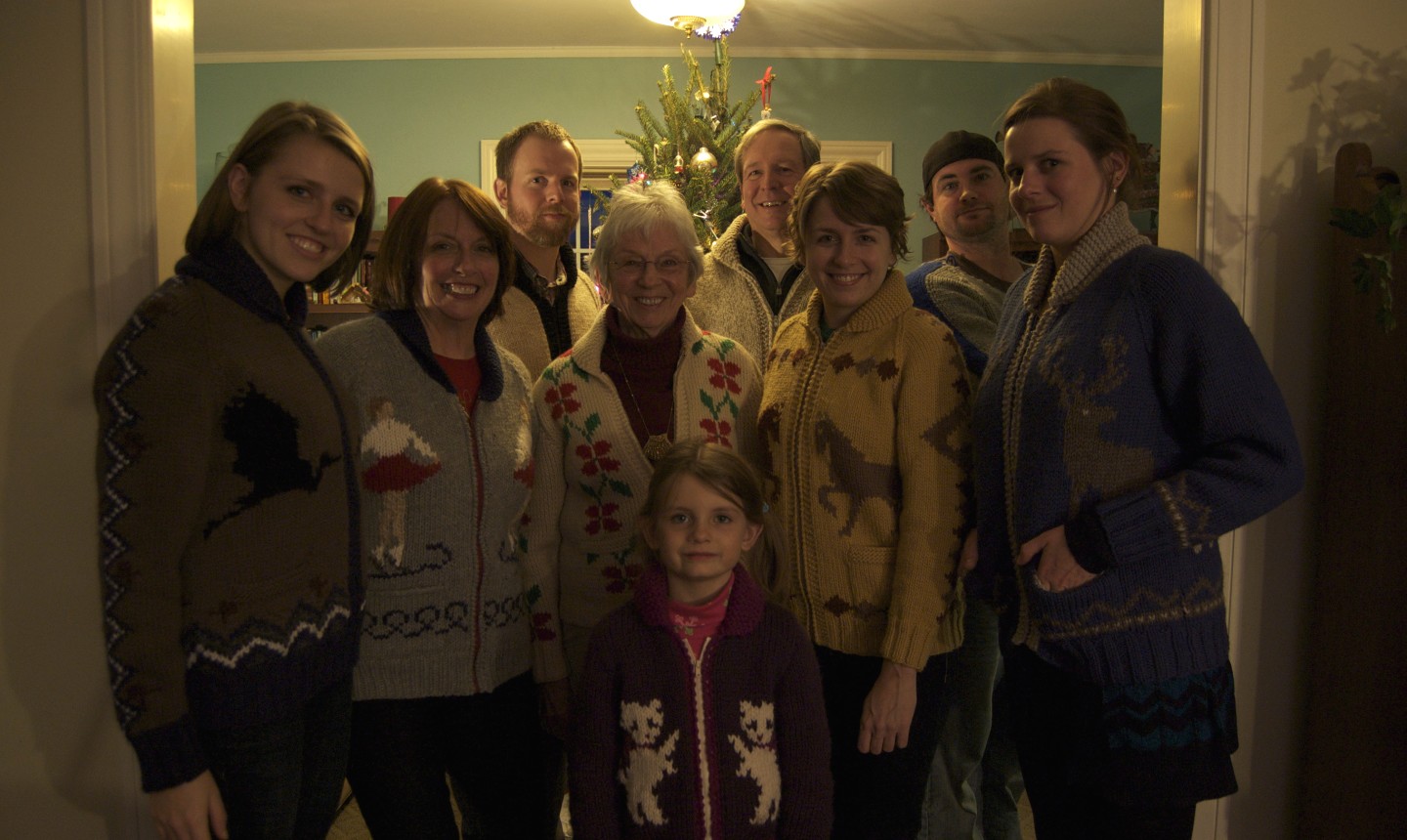 The idea came to me the way all great ideas do: at the eleventh hour. A few weeks before Christmas, I stumbled upon a vintage sweater pattern, and fell hard. It was an adorable bulky zippered sweater, with a figure skater on the back. I just had to make it for my figure-skating mother. But why stop there? Down the rabbit hole I went, and soon I’d surfaced vintage sweater patterns for almost everyone on my list. From a super cool motorcycle sweater for my then boyfriend (now husband — take that, sweater curse!), to a sweet kitten for my niece, there was something for everyone.

Knowing I was in over my head, I called that figure-skating mom of mine, who also happens to be an amazing knitter, and she talked some sense into me — but only a little. Together, we would knit 10 sweaters for next Christmas. We gave ourselves a year to plan, design and knit. Our year of sweaters had officially begun.

Though we already had a handful of patterns, the thrill of the hunt was strong, so we began by researching vintage Mary Maxim style sweater patterns — Etsy, eBay, you name it, we searched it. Finding an obscure pattern that neither of us had seen before was intensely satisfying, and you can bet we spent way more time shopping patterns than we actually needed to. But hey, we were having fun.

Eventually, we started knitting. I knocked out the motorcycle sweater pretty quickly. (My boyfriend was traveling and it was winter in New York, so I had a LOT of solo knitting time.) And then, because I’m the worst, I packed up all the pieces and mailed them home to my mom, who wove in my ends, seamed the entire sweater and put in the zipper. She did this for every sweater I knit. Did I mention I’m the worst?

As my mom tackled my horse sweater, I started her figure skating sweater. And then I got bored. Two sweaters in and I was sick of following the rules. So I did what any sensible knitter would do and spent hours in an Excel sheet, charting out an insane intarsia heron chart for my sister’s sweater before knitting it, twice. Sometimes the colors just aren’t right, you know? But the process was so much fun, I ended up designing an X-Men sweater, too. 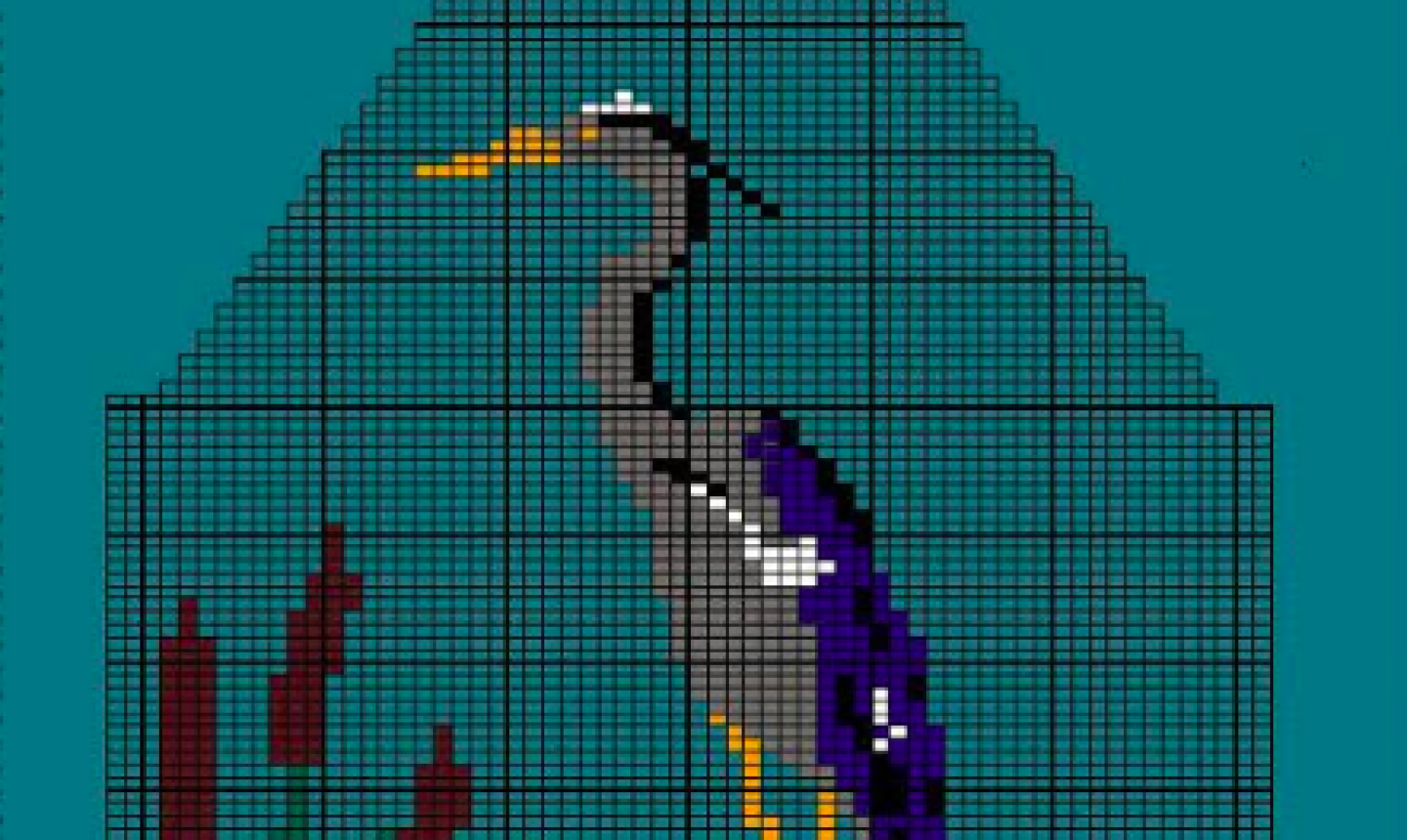 Spring turned to summer turned to fall. My mom and I stayed in regular contact, but couldn’t quite keep each other motivated enough to knit all the things. Our sweater production started to lag. That’s when we turned to Etsy and eBay once more, this time to shop vintage finished sweaters. Yeah, we cheated on a few. My dad’s pheasant hunting sweater was swiftly purchased, as was the sweater for my Grandma. We also wasted more time just shopping vintage sweaters we didn’t actually buy. We like to shop. I’m not ashamed.

So, did we pull it off? Almost. That X-Men sweater was short a sleeve on the big day, but close enough! We took the group photo as strategically as possible to hide the work in progress. Was it worth it? A resounding yes. Sweater Christmas was the gift that kept on giving. Sure, not all the sweaters became beloved wardrobe staples, but for an entire year my mom and I had an excuse to talk knitting multiple times a week. It was glorious. And, we scored my most favorite family photo ever, shown above. Straight out of a horror movie, right?

Where Are They Now? 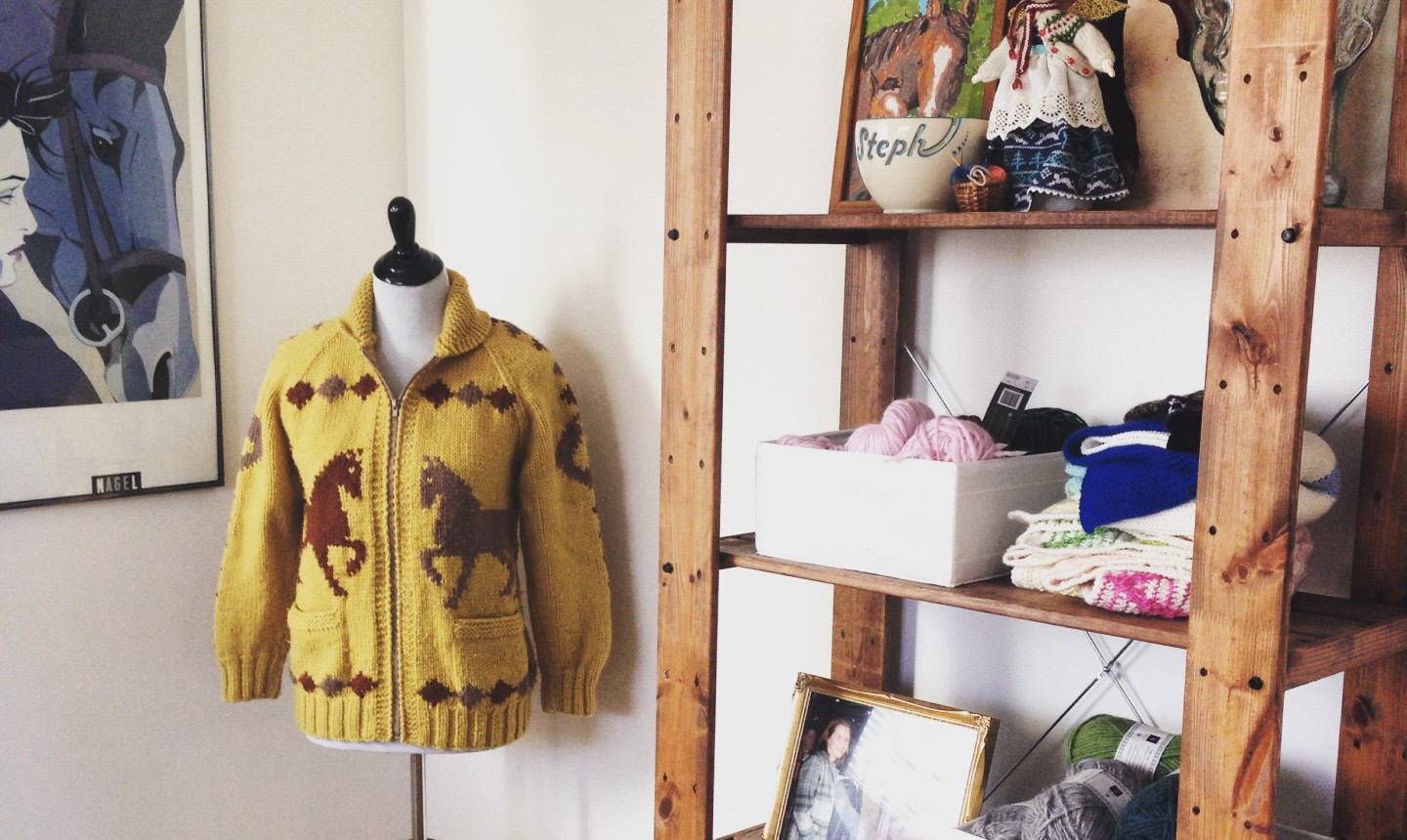 My mom and I both still have and wear our sweaters, and the horse sweater is proudly on display in my craft room. But not all sweaters have been so fortunate.

You guys, I felted it. On accident. I thought I was doing my sister a favor by washing it for her, but instead I shrunk it. It’s now niece-sized, and thus lives with my niece. 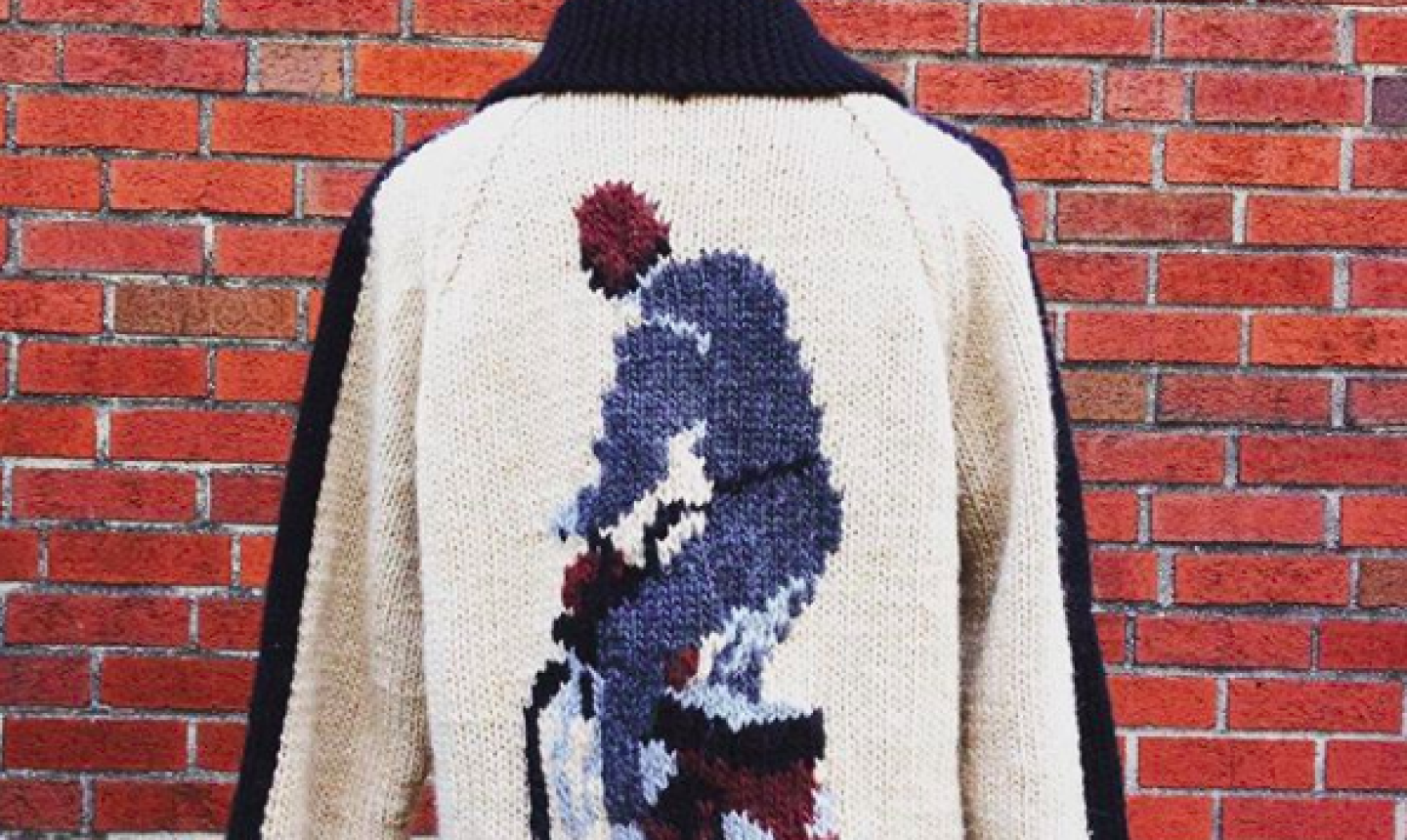 While the curse of the boyfriend sweater didn’t strike, my now-husband NEVER wore this sweater. I regifted to an appreciative friend and this sweater is now living its best life.

This sweater, knit for my little sister’s then-boyfriend, was the sleeper hit of the sweaters. Kevin, bless him, wears his sweater often. Even better, he wears it on ski trips. Thank goodness they got married, so it’s not weird that I still knit things for him.