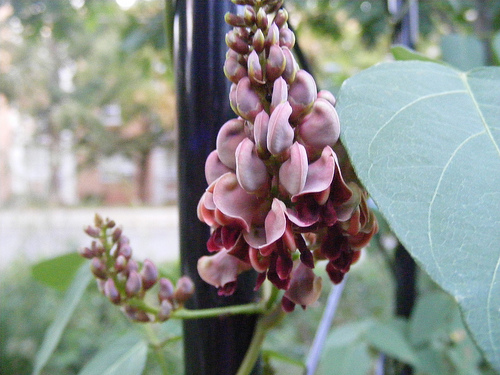 If you’re working with a partial shade garden, you’re in luck: there are so many vines that not only grow, but thrive in these shady spots. Take your pick and get to planting.

The attractive vine pictured above is native to the eastern U.S. and, fun fact, was eaten by the pilgrims back in the day. (It’s also delicious when cooked in stews and soups now.) The perennial grows best in moist, well-drained soil that gets partial shade to full sun, and its fragrant flowers bloom in summer and attract butterflies. 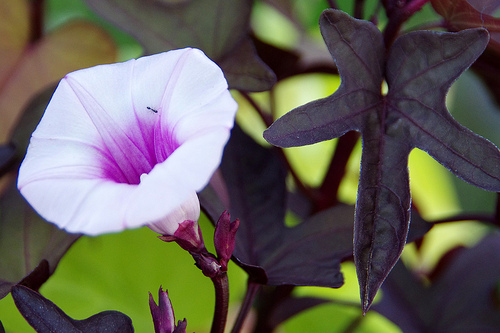 Don’t let the name fool you: this plant is grown for it’s ornamental leaves and is not for eating. And while they do grow well in full sun, if you live in a hot, dry climate this fast-growing vine often prefers dappled light or partial shade. Available in a variety of colors from chartreuse to nearly black, the sweet potato vine is a pretty “spiller” in containers and garden beds — let it drape from planters or use it as a colorful ground cover. 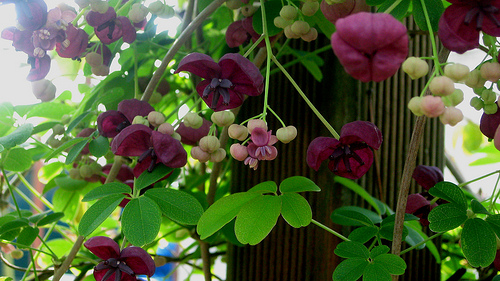 Native to Japan, China and Korea, the beautiful chocolate vine grows well in most soil, but is particularly fond of sandy loam. It can grow in full or partial shade, but you want to plant it wisely: while the fragrant flowers bloom in the spring with chocolate-purple petals (adding an old-fashioned vibe to the garden), it’s an invasive species in the eastern U.S. and can crowd out native plants. 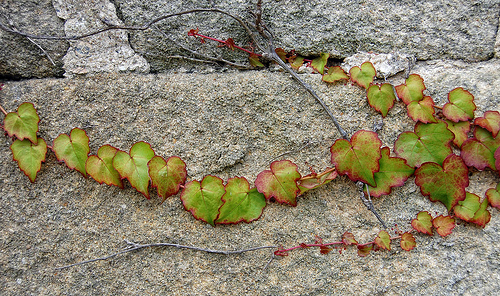 You know those vines that seem to constantly grow on the walls of Ivy League schools and other old-timey buildings? That’s Boston Ivy. The fast-growing perennial vine can grow anywhere from six to eight feet per year, and once this vine is attached to something, it becomes much harder to remove. (That said, pruning the plant in spring helps keep its size under control.) 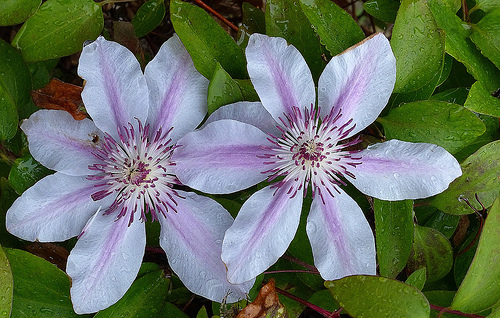 There’s an old saying about growing clematis vines: keep their roots in the cool shade and their flowers in the warm sun. Most clematis grow best when receiving at least six hours a day in full sun, but several varieties will bloom in partial shade, including the Nelly Moser.

On top of being pretty, this low-maintenance perennial vine will attract lots of pollinators to your garden. The vine can grow up to 20 feet long, with blossoms ranging from purple and red to pink and white. To show off the blooms, drape it over fences, arbors or trellises.