Every season has its beauty and we all look forward to photographing that beauty. However, the second half of fall and the first half of spring present some challenges to finding those wonderfully photographic scenes. In the fall, the bright colors have given way to bare branches, brown grasses, and skies that are more cloudy than blue. In the spring, the new growth hasn’t yet broken through the last of winter’s snow, patches of ice crust still water and things can just look…messy.

Here are five easy nature photography tips you can use to turn those drab scenes into fab scenes. 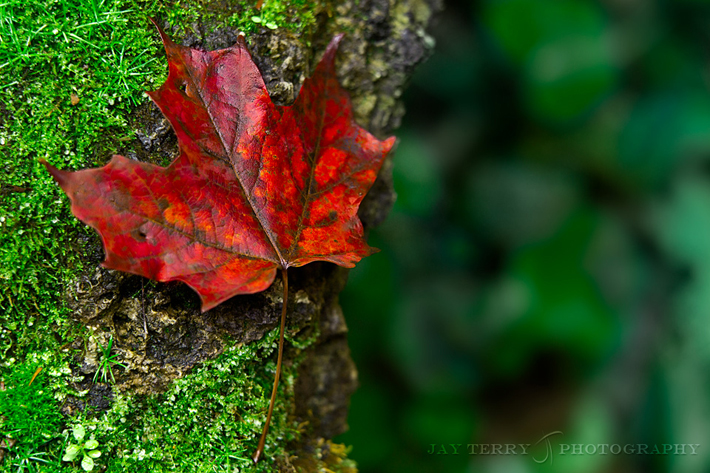 Instead of shooting big, expansive scenery, go to ground level and look for the little things that are beautiful on their own. Leaves, fungi, rocks and puddles can present opportunities to showcase an entirely different world. Look for contrasting colors, interesting patterns and different angles to see things that the average person might overlook. You can go even smaller by looking for the details in only parts of objects, such as the pattern of rust on old metal or the ridges of a footprint.

Being low to the ground and using a wide angle lens to capture your subjects, such as small knots of mushrooms, allows you to fill your frame and bring the viewer into that world completely. Macro lenses are also a good choice for this kind of photography. Using an extension tube with a telephoto lens can also work as a makeshift macro but for a fraction of the price.

Remember! Adding light to properly expose your subject, as well as adding depth and dimension will take your imagery to a higher level. Camera-mounted macro ring flashes are a great way to really put the focus on your subjects. You can also bring a small reflector, such as a piece of white cardboard, as an easy DIY solution. 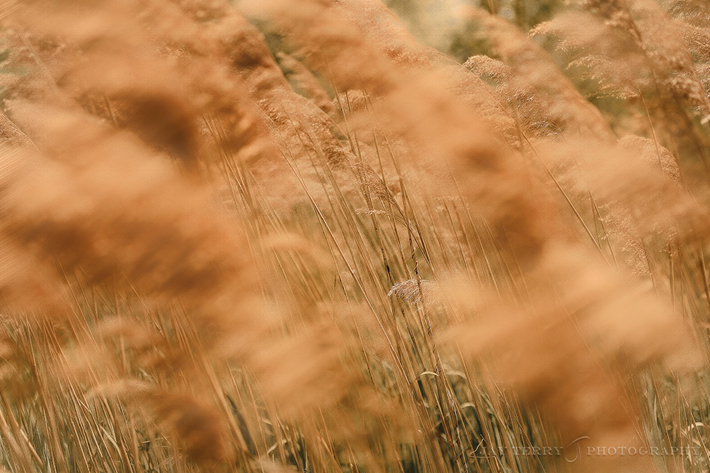 Sometimes, the subject doesn’t need to be immediately before you — it might be best seen through something else. Leaves trapped in thin ice, objects in an old farmhouse seen through the window or your subject placed behind a broken fence are all good examples. Using a wide aperture or being much closer to the foreground elements than your subject is will blur whatever is between you and add more depth to your image.

Using the natural movement of things blowing in a breeze is a simple way to add motion and drama to a scene. Consider the sight of children playing in the yard as seen between clothes hanging on a line. For the image above, I focused on the center of a stand of prairie grass blowing in the wind. The grass in the middle stayed relatively still while the grass closest to me was moving in the wind. 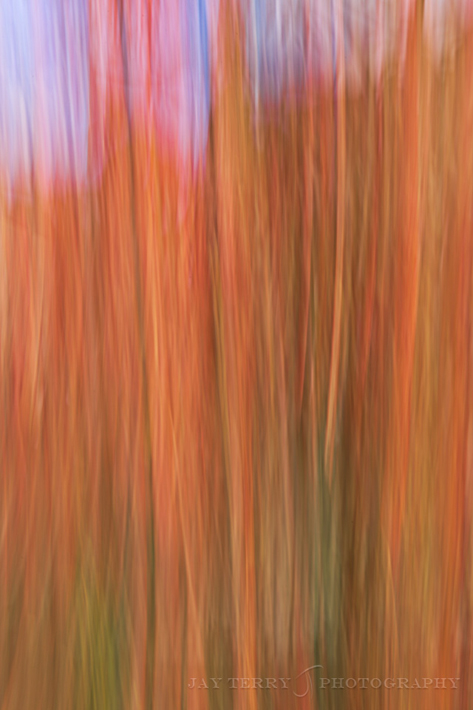 This image of red sumac was taken at f/22 and ISO 50 using a shutter speed of 1/5 sec, hand-held, moving upwards with a vertical motion.

For many of us, our first introduction to artistic expression had to have been finger painting. Smushing all of those colors about was not only fun, but it allowed us to be creative without “rules.” The same can be done with your camera.

By slowing down the shutter speed and physically moving the camera while taking a frame, the subject will be blurred into streaks and lines. Depending on the speed at which you move, you can introduce a real sense of movement or completely obscure the scene into an abstract flow of color. One alternative to hand-holding slow shutter captures is to brace your camera on a car window as you travel down the road (as a passenger, please — never while you’re behind the wheel!). If you are shooting from a moving car, try using the longest focal length possible and zoom in on specific areas of interest, rather than the entire scene before you. 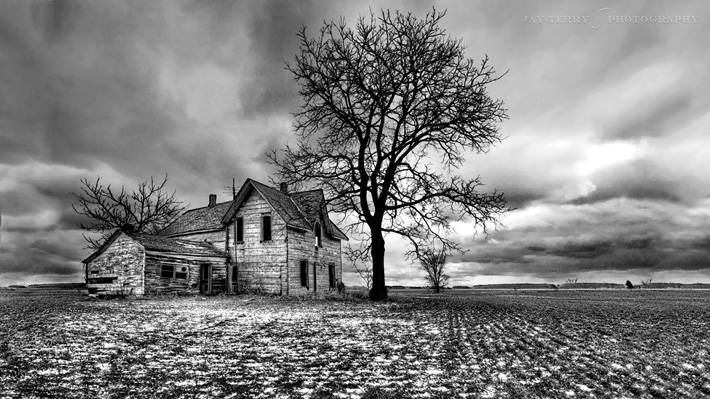 When the leaves are down and the winds are nipping at your heels, it’s hard to feel light hearted about getting outside to shoot, so head out with a different intention. Photographing for a sense of nostalgia can allow you to create images that strike an emotional chord with the people who’ll be seeing them. There are areas around every city and town, often not too far outside city limits, that contain abandoned buildings and farms that often have somewhat barren land.

Dramatic skies can really increase the overall impact of these kinds of pictures, as can a light dusting of snow. Try converting them into black and white for even more drama. 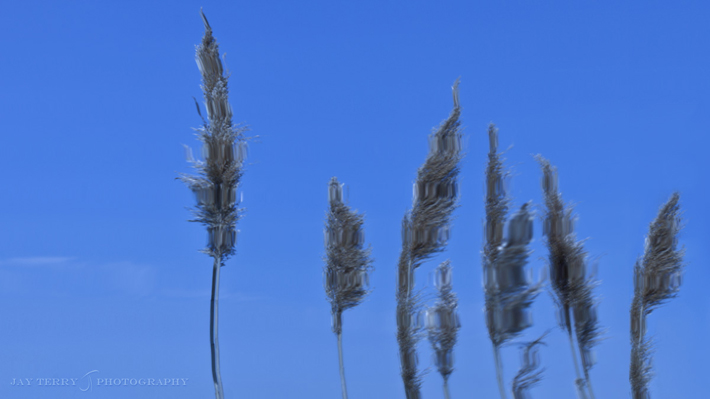 If a scene looks drab and lifeless, try to see it from another angle (i.e., “objects in mirror may be closer than they appear”). By changing your angle relative to a puddle or standing water, for example, you can often create entirely new backgrounds for the objects near them. Is everything behind your subject a featureless brown? No problem! Look at it in a watery reflection for an entirely different blue-sky background.

Silhouettes are another easy option. Exposing for a well lit environment with a dark, leafless tree between you adds immediate interest to the overall scene — the silhouette of the tree and its branches becoming an interesting feature of the foreground.

With any season, there are interesting things to capture. The trick is finding the less obvious ones and new ways to see them. Enjoy and happy shooting!