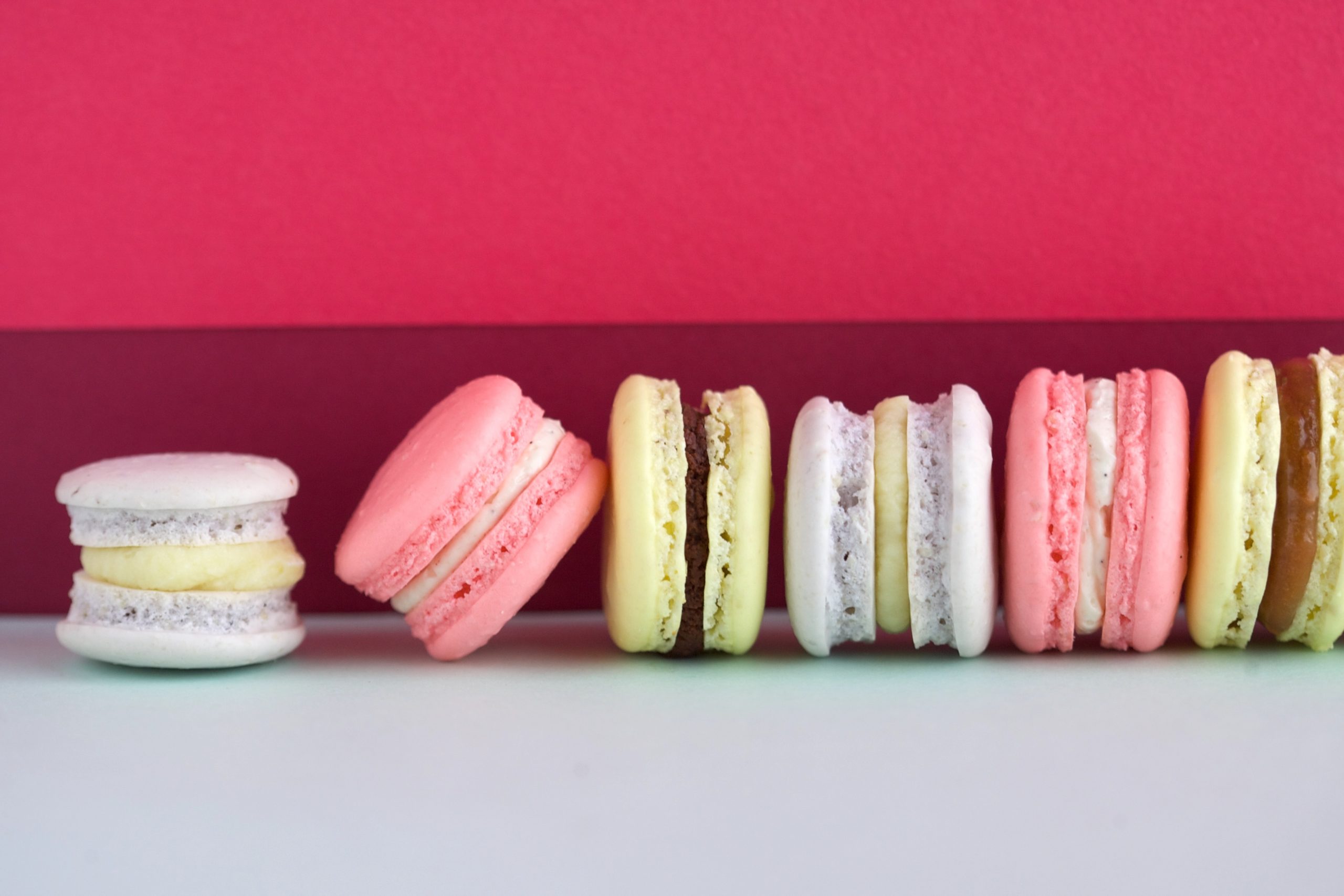 French macarons may look intimidating, but if you know your way around a stand mixer and piping bag, they’re really no big deal to make. Whip up a batch and your friends won’t be able to resist an oh-la-la!

In a food processor, pulse the powdered sugar and almond meal until the mixture looks like fine powder. Set aside.

In the bowl of a stand mixer fitted with the whisk attachment, mix the whites and pinch of cream tartar on medium speed. Stop when the egg whites looks like foam and are no longer liquid-y.

Pro Tip: Perfect macaron texture is all in the timing and technique of whipping egg whites. Learn how to nail it perfectly in our class, Miniature French Desserts: Macarons, Madeleines & More.

With the mixer still whisking, slowly pour in the granulated sugar. Turn the speed up to medium-high and continue to whip until the mixture looks like marshmallow creme.

With the mixer still on medium-high speed, add the gel color and vanilla. Whip until the mixture begins to dull and the lines of the whisk are visible on the surface of the meringue. Stop when the mixture holds firm peaks.

Transfer the whites to a medium bowl and fold in the almond meal mixture in three additions. 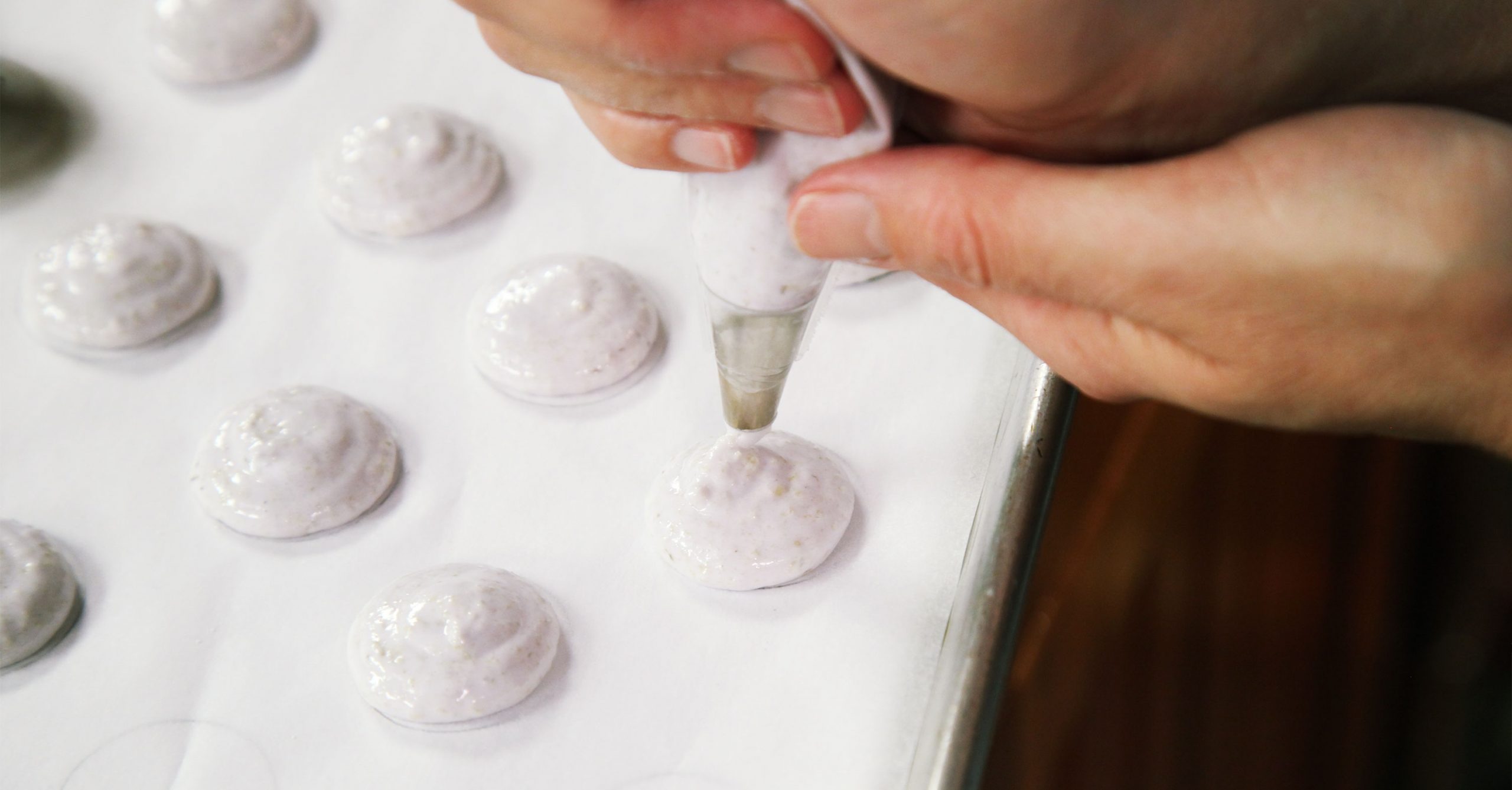 Spoon the mixture into a piping bag fitted with a ⅜” tip and pipe onto the prepared baking sheets. Hold the tip just above the parchment paper as you pipe each circle.

To knock out all the air pockets (which can damage the macarons), slam each baking sheet hard four to six times on the counter. Then, fist bump each end of the sheet’s underside twice. (Go on and fist bump yourself too, because these are going to be awesome.)

Let the unbaked macarons rest until they look dull, but not overly dry. Don’t skip this step — it’s what makes your macarons rise in the oven.

Pro Tip: How much time this will take depends on humidity. In a dry climate, macarons can dry in 15 to 20 minutes, whereas more humid environments may take 35 to 40 minutes. Regardless, don’t let them dry for more than an hour.

While the macarons are drying, preheat the oven to 330 F. 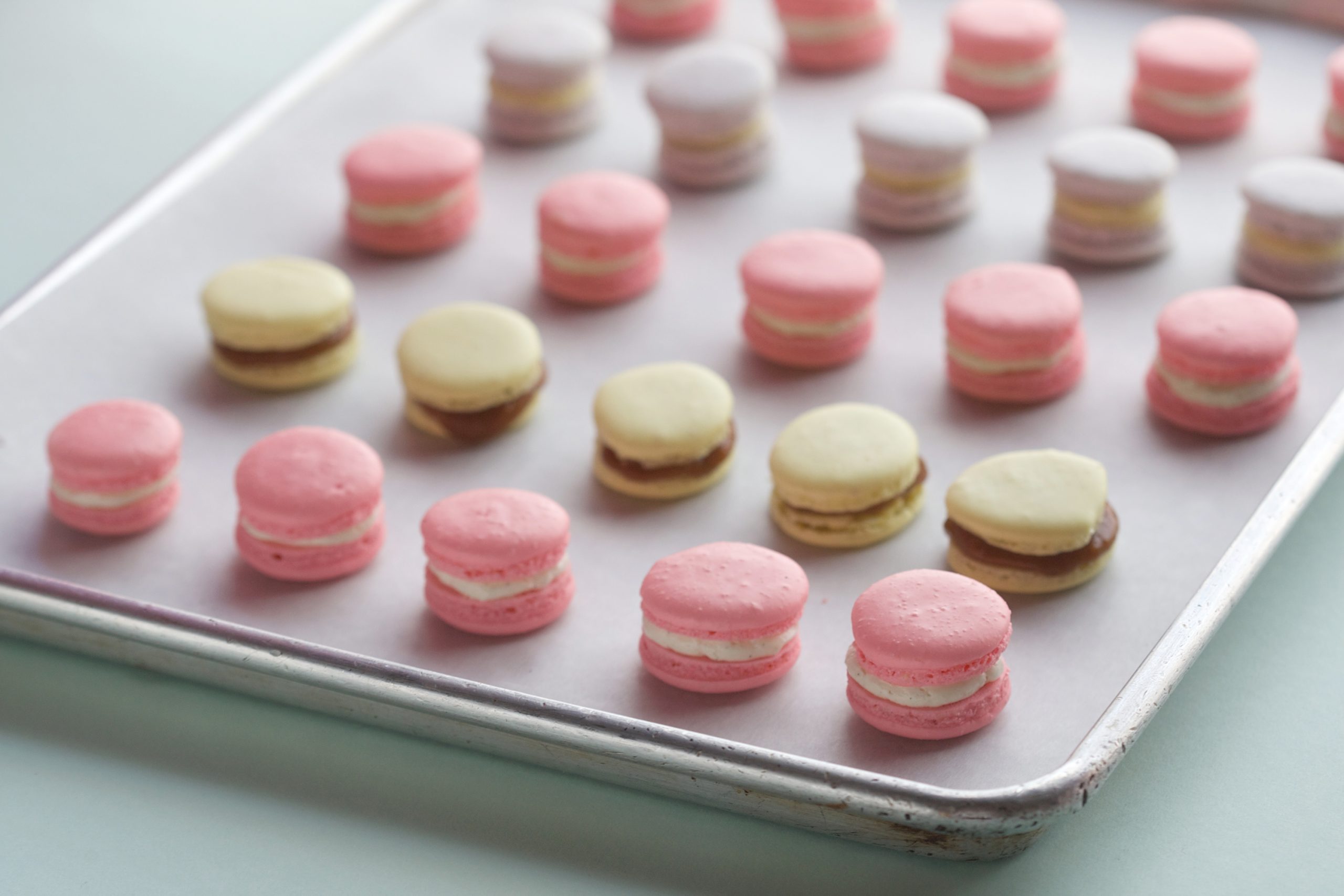 Bake one sheet at a time on the middle rack of your oven. Check for doneness after 11 minutes; they should release easily from the parchment with no sticking. If they’re still sticky, give them a couple more minutes.

Let the baked macarons cool for 10 minutes before removing from the pan, then let them cool thoroughly on a rack. When they’re ready, pipe buttercream filling on one, top it with another and — voilà — you’ve got yourself a beautiful macaron.

One Response to “An Easy Recipe For Mouth-Watering Macarons”
Sign up for our newsletter.
Stay connected to Craftsy experts.
Access over 1,500 Premium classes
BECOME A MEMBER