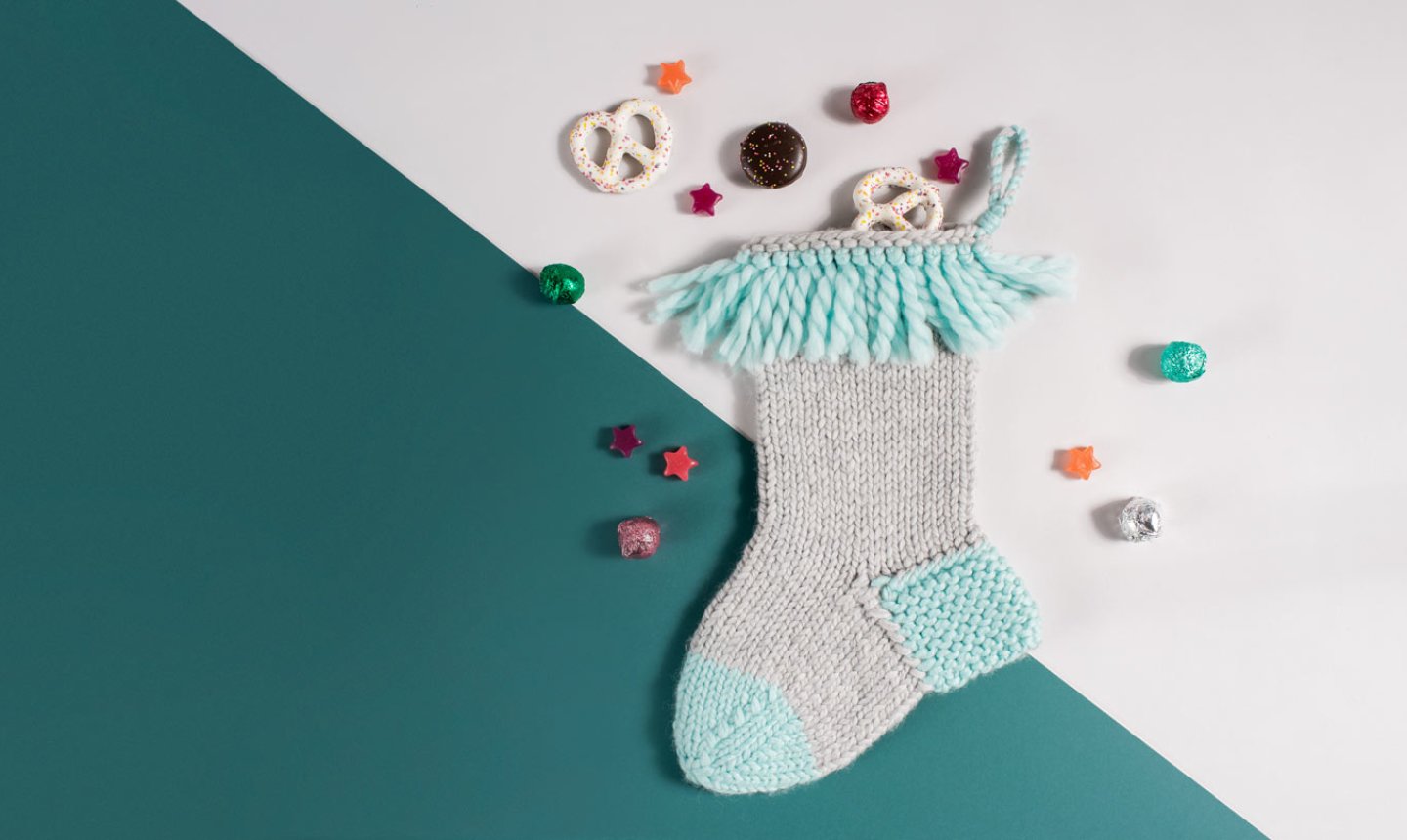 Good news, beginner knitters: all your handknit holiday fantasies are about to come true. Yep, you can totally knit this stocking! With a super simplified heel (it’s really just a rectangle) and fun fringe, you’ll be ready for Santa in no time.

With MC, CO 32 sts. Long-tail cast on is preferred, but go ahead and use whatever method is going to get those stitches on the needle for you.

Rnd 1: Place your stitch marker in your first stitch to mark the beginning, and join to knit in the round, being careful not to twist your stitches. Purl every stitch. This row of purl bumps gives us an edge to hang our fringe on.

Rnd 2: Knit every stitch of the round. Continue knitting every round, slipping your stitch marker as you come to it, until your stocking measure 9-1/2″ from the edge of the cast on.

Make Room for the Heel

Next rnd: Remove your stitch marker, and BO 8 sts, knit the next 16 sts, then BO the final 8 st. Cut your yarn and pull the tail through the last stitch to secure. 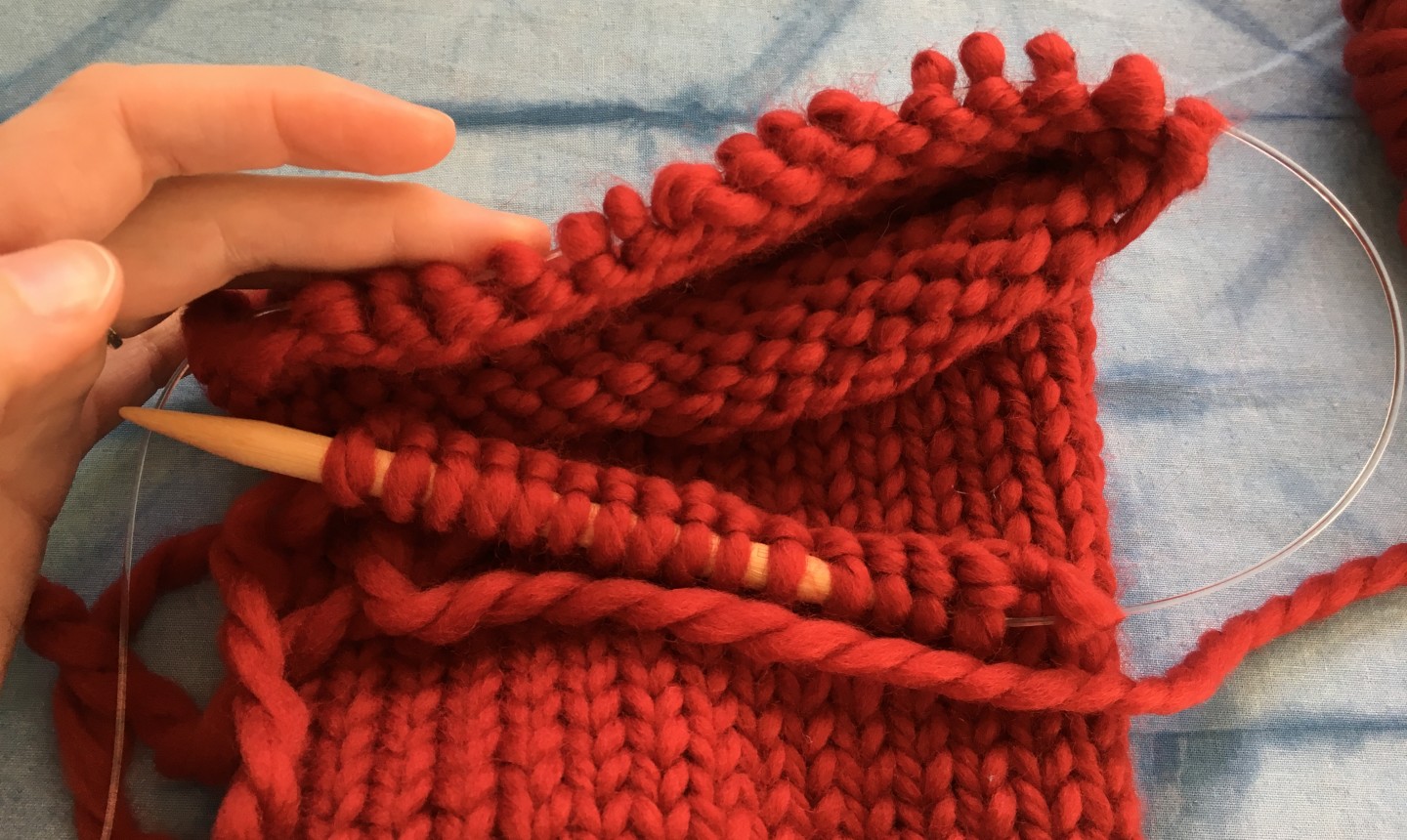 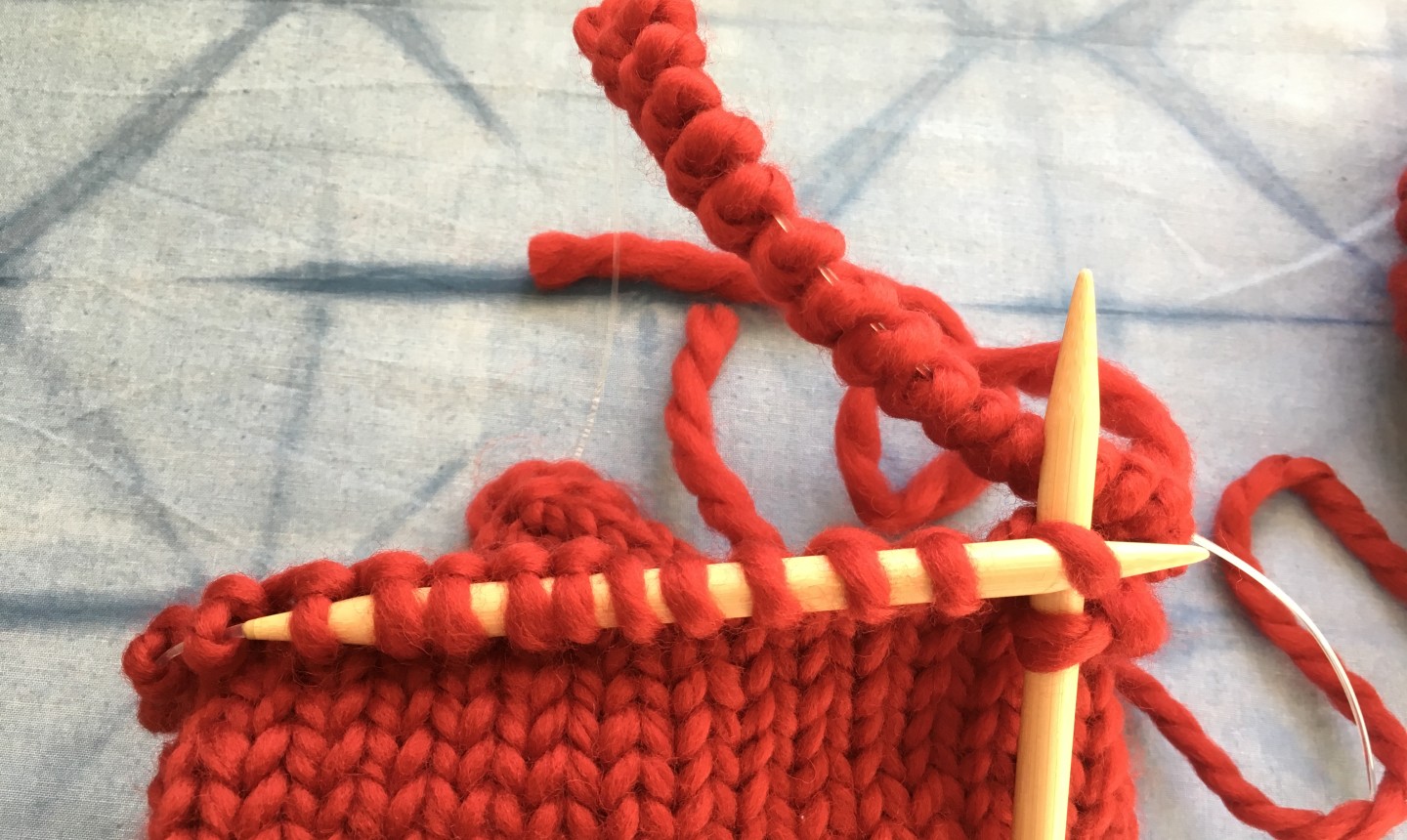 Join to continue knitting in the round. Knit every round until the foot of your stocking measure 4″ from the heel edge. Cut MC.

Next rnd: With CC, knit.

Next rnd: K2tog all the way around. 6 sts remain.

Cut your yarn, leaving an 8″ tail. Thread the tail through the remaining sts and cinch the toe shut. 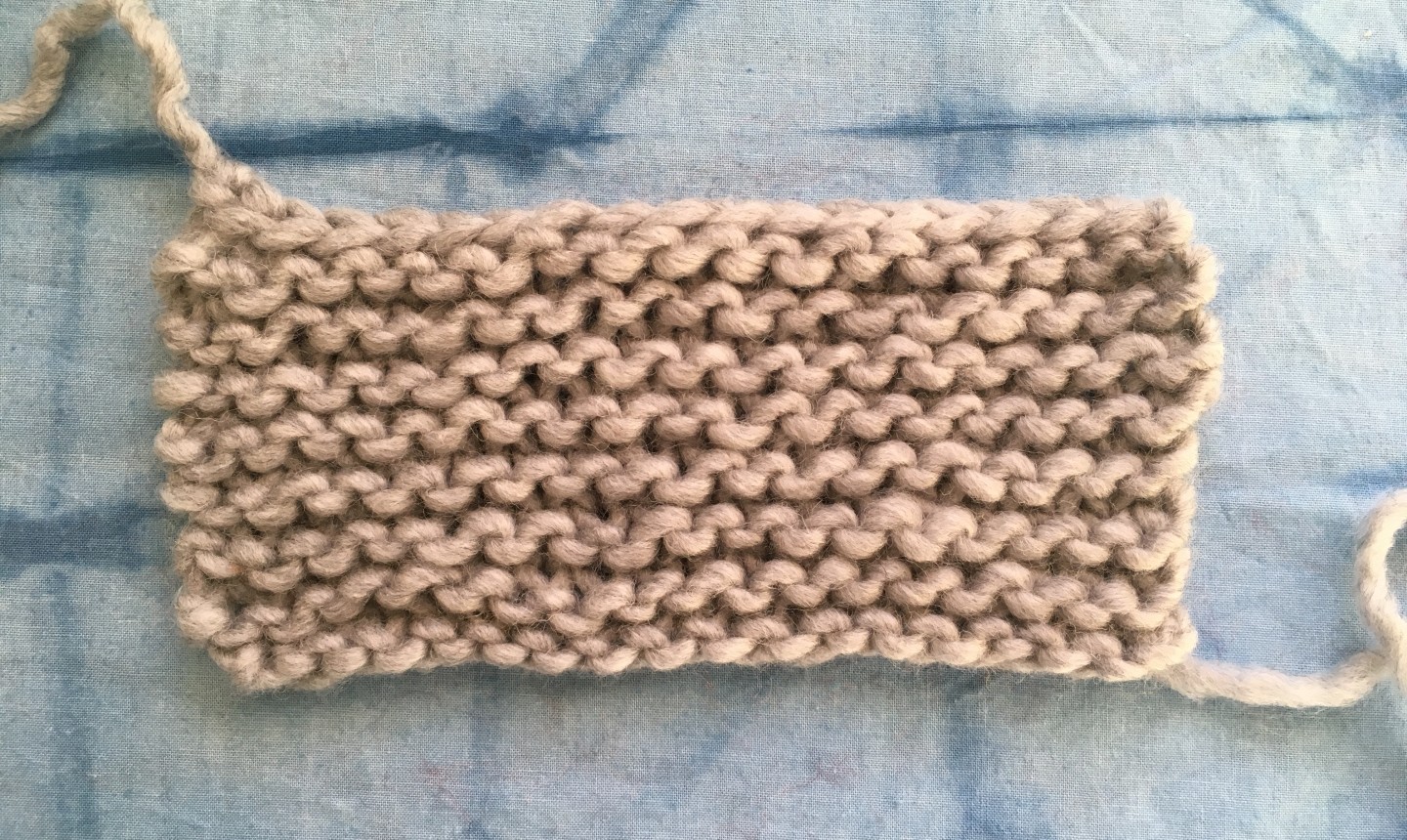 CO 18 sts. Work in garter stitch (knit every row), until the heel measures 4″. Bind off. 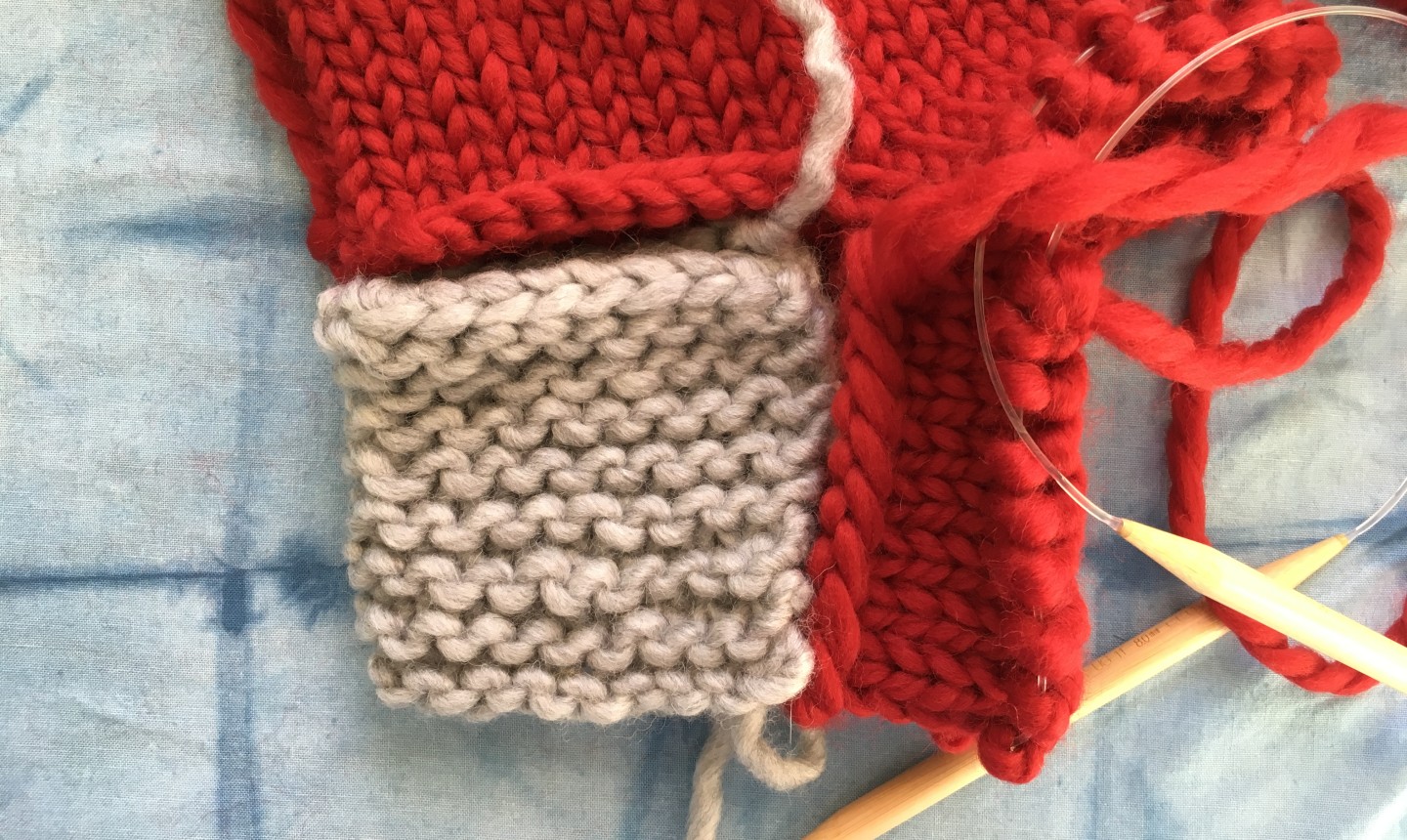 Line up your heel in the stocking. Basically, you’re folding your rectangle in half so it looks like a square and fitting it into the the opening in your stocking. (Go ahead and pretend that the toe is finished being knit in the photo above…)

Pro Tip: Find a piece of cardboard or a book that’s about 4″ wide, and wrap your yarn around that. Cut at one end and you’ll have your 8″ strands. 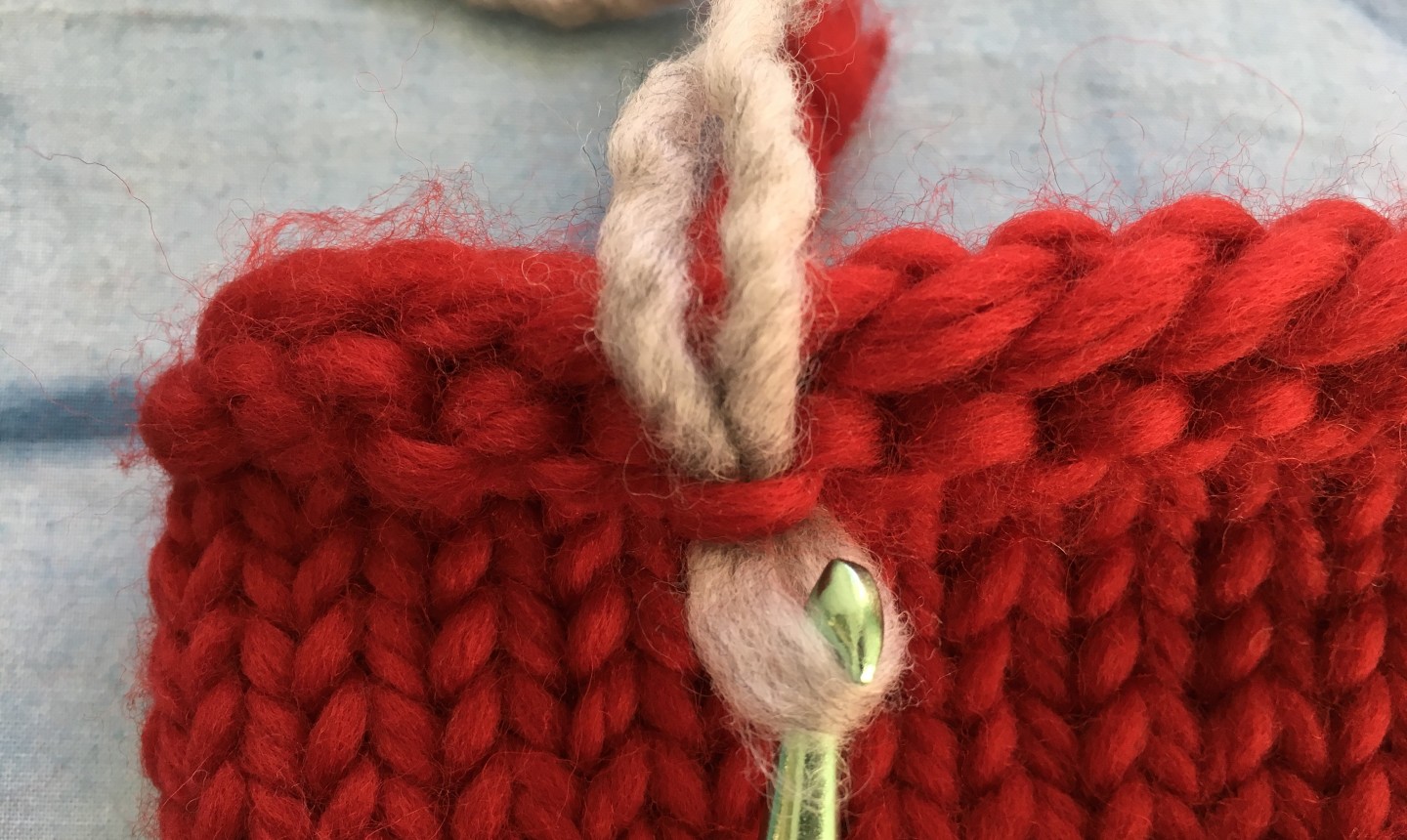 Insert your crochet hook up through the first purl bump of your CO edge, grab a strand of yarn at the halfway point, and pull the loop down. 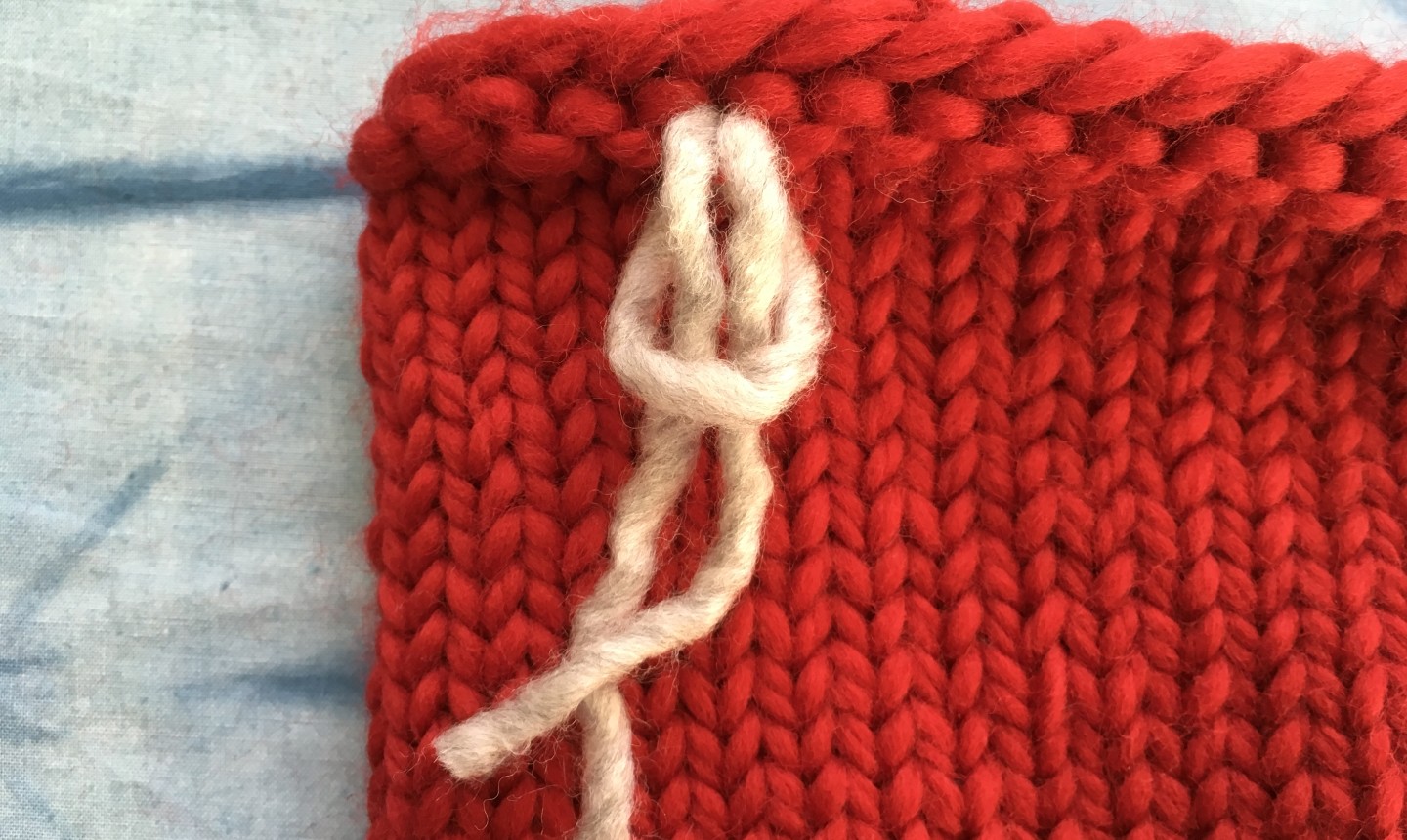 Thread the loose ends through the loop and pull down to tighten. 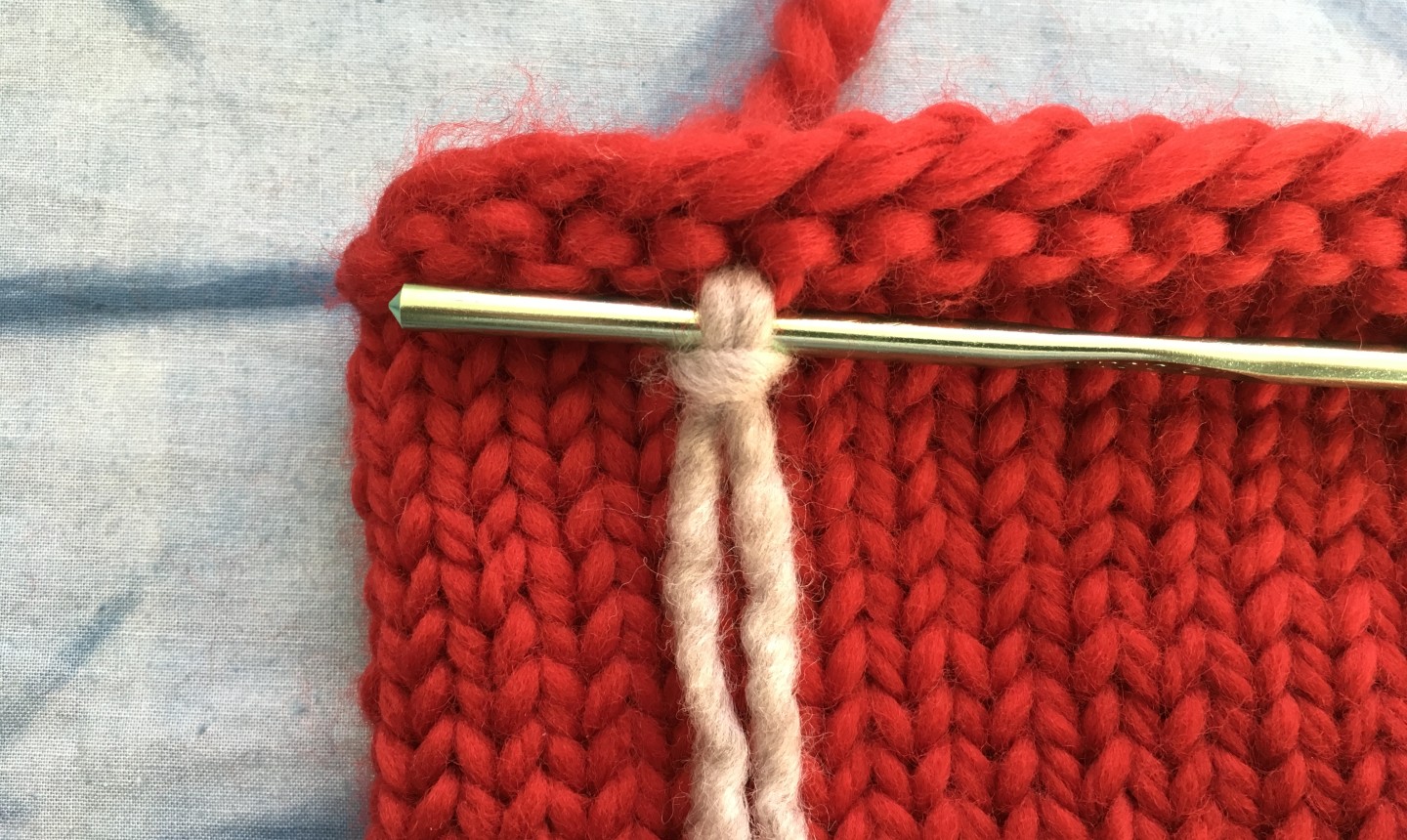 You may find it easier to slip a crochet hook or knitting needle in there to tighten your fringe around.

Work your way all the around the stocking until it’s fully fringed. If your fringe ends up uneven, give it a trim!

Time for the final touch: a hanging loop. This stocking uses a simple braid, folded in half. Weave the ends of the braid into your stocking, leaving one strand long to wrap around the bottom of the braid and disguise your knots.

Weave in any loose ends, and then hang that stocking with care.