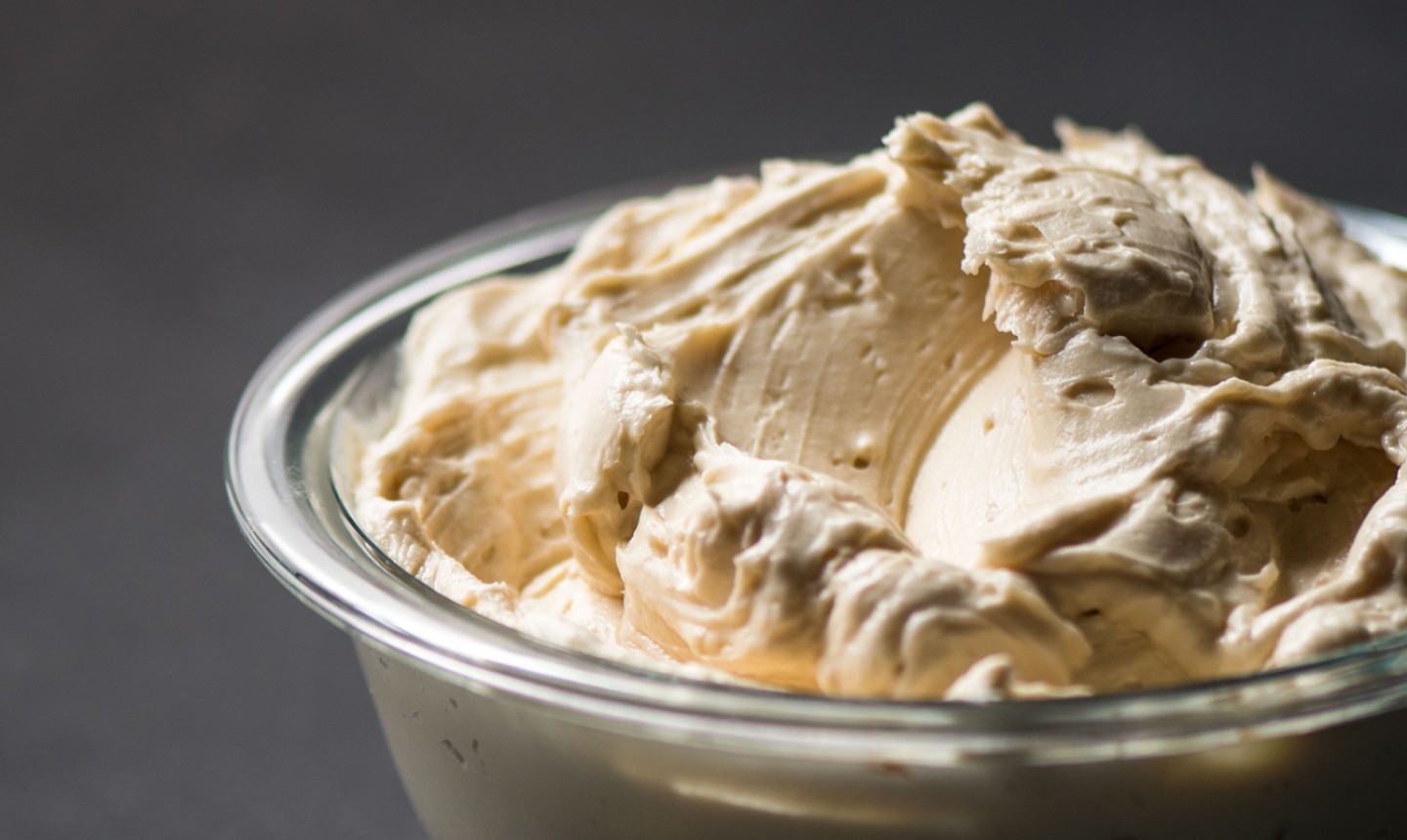 You may have heard of Joshua John Russell’s (justifiably!) famous Swiss meringue buttercream — now, meet its distant Italian cousin. This Man About Cake recipe is super easy to make in a stand mixer. JJR’s genius tweak: He whips the egg whites with hot maple syrup instead of the usual sugar syrup.

Yield: Makes enough to fill and frost a 10″ cake

1. Place the egg whites and salt in a stand mixer fitted with the whip attachment. Don’t start the mixer yet.

2. Heat the maple syrup in a small saucepan on high heat to reduce by half, which should take 6 minutes. Use a timer and be careful not to over-reduce. Once the timer reaches 3 minutes, turn the mixer on high and start whipping the egg whites.

3. After 6 minutes, turn the mixer to medium speed and very carefully and slowly pour the hot syrup into the whipping egg whites in a thin stream. Try to pour the syrup in between the moving whip and the edge of the bowl to prevent it from splashing.

4. Continue whipping the mixture for 8 to 10 minutes until cool. You can check by touching the side of the bowl, which should be cool to the touch.

5. With the mixer on medium speed, add the butter in small pieces.

6. Reduce the speed to low and add the sugar and vanilla, mixing until incorporated.

One Response to “Your Next Pie Needs This Italian Meringue Buttercream”