Have you ever tried learning how to make homemade nougat? If not, you’re in for a serious treat because this easy-to-prepare, pillowy sweet food is the stuff of candy bar dreams. 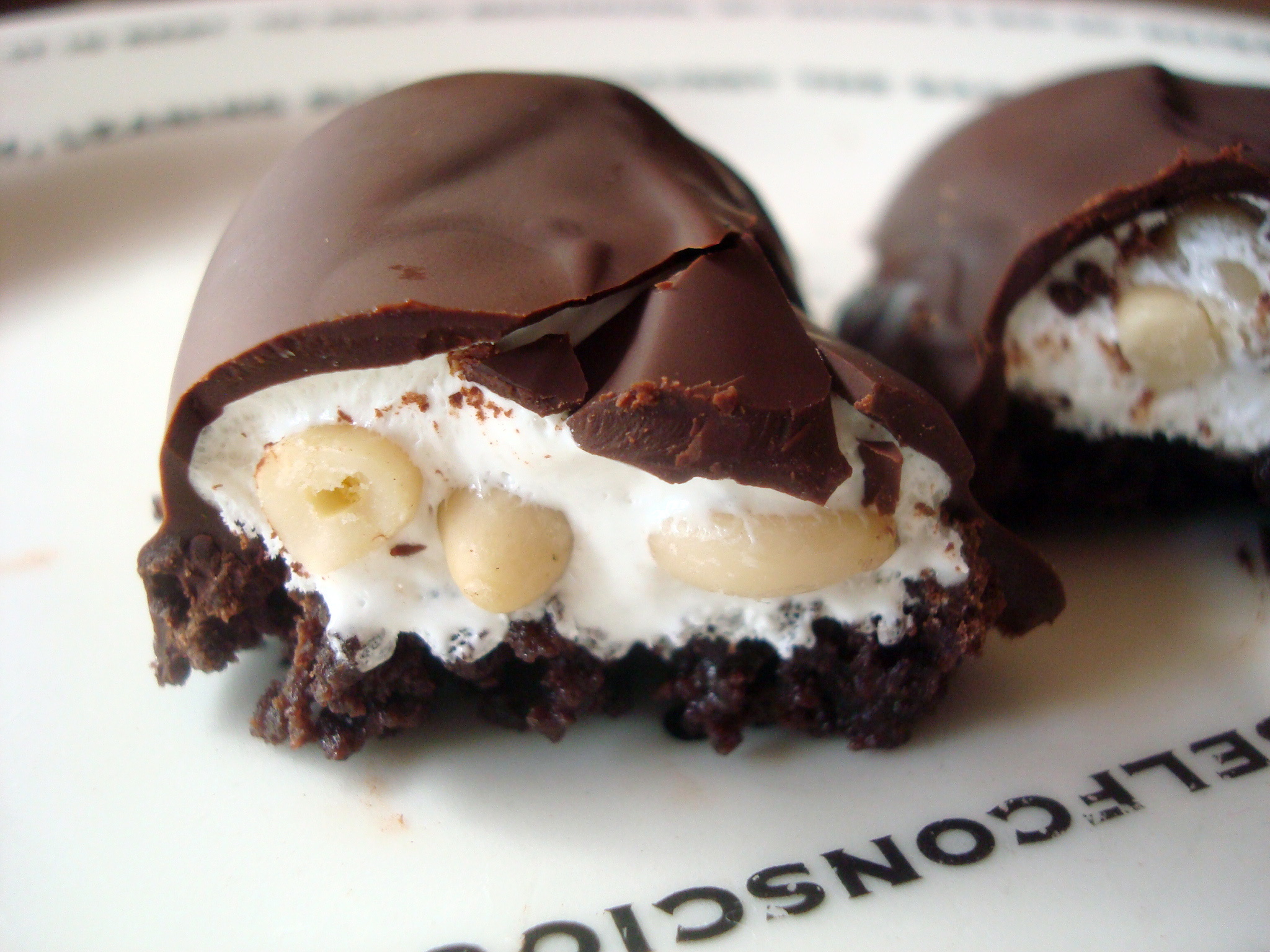 It is easy to confuse soft nougat with marshmallows: It can resemble a fluffy marshmallow cream, and further adding to the association is the fact that the cooking procedure is somewhat similar to making homemade marshmallows. The main difference is that nougat gets its texture from egg whites, whereas marshmallows typically rely on gelatin.

The lack of gelatin makes nougat vegetarian (though since it employs egg whites, it is not vegan), and it’s a naturally gluten-free confection. This recipe yields a soft, snow-white, sweet nougat, which is well-suited for sorts of mix-ins, from slivered almonds to roasted pecans to toffee bits or even malted milk powder. Cover your nougat with chocolate to make homemade candy bars that are a step above your usual Halloween fare. 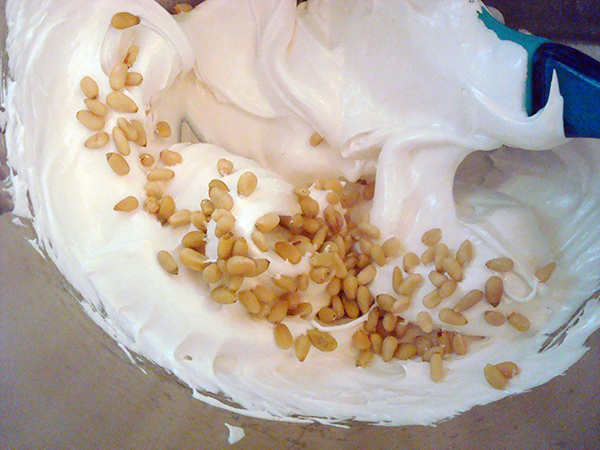 The consistency of nougat can range from very soft to quite firm and crunchy. This basic recipe falls into the soft category, intended more as a filling or topping than as a stand-alone confection. It is extremely open to variations. Here are some suggestions:

Other ways to use nougat 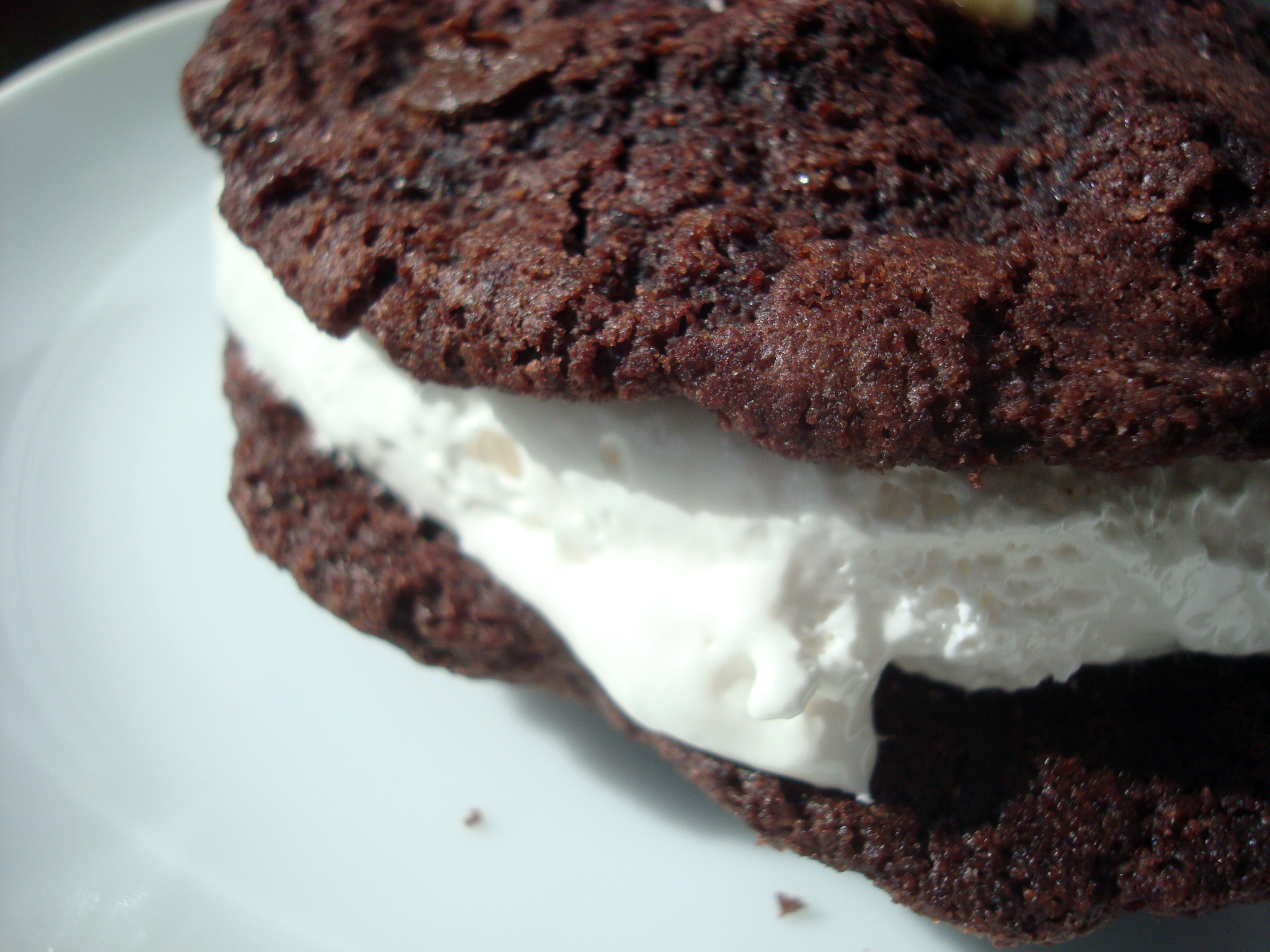 Although candy bars are a superlative use for nougat, they’re not the only use for this confection. It can be employed as the filling for cookie sandwiches, an ice cream topping, a fancy topping/garnish for cupcakes, or as a filling between the layers of a cake.

How to make homemade nougat

Grease and line with parchment paper your 8×8-inch pan. Set to the side.

Stir together the sugar, corn syrup and water in a medium saucepan. Over medium heat, bring the mixture to a boil. Boil without stirring until the mixture registers 235 F (114 C) on a candy thermometer. This should take 5-7 minutes.

While the mixture boils, start beating the egg whites in the bowl of a stand mixer fitted with the whisk attachment on low speed, until they become frothy.

Once it’s all added, raise the speed to medium and mix until the nougat becomes more opaque and completely foamy, like the stage of egg whites before they become a meringue mixture. 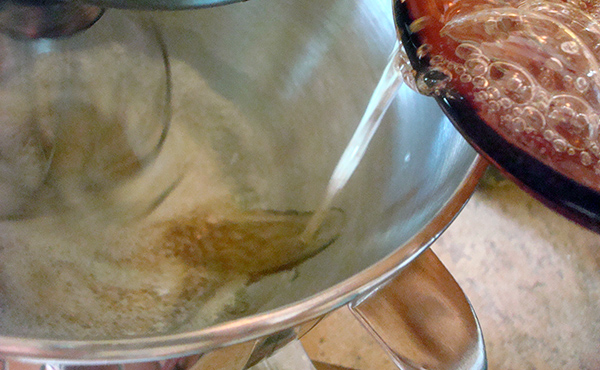 Pause the mixer, and add the vanilla and salt. Resume mixing on medium-high speed until the mixture reaches firm, stiff peaks (3 to 5 more minutes). Once it has attained stiff peaks, fold in any other flavorings you’ve chosen to use. 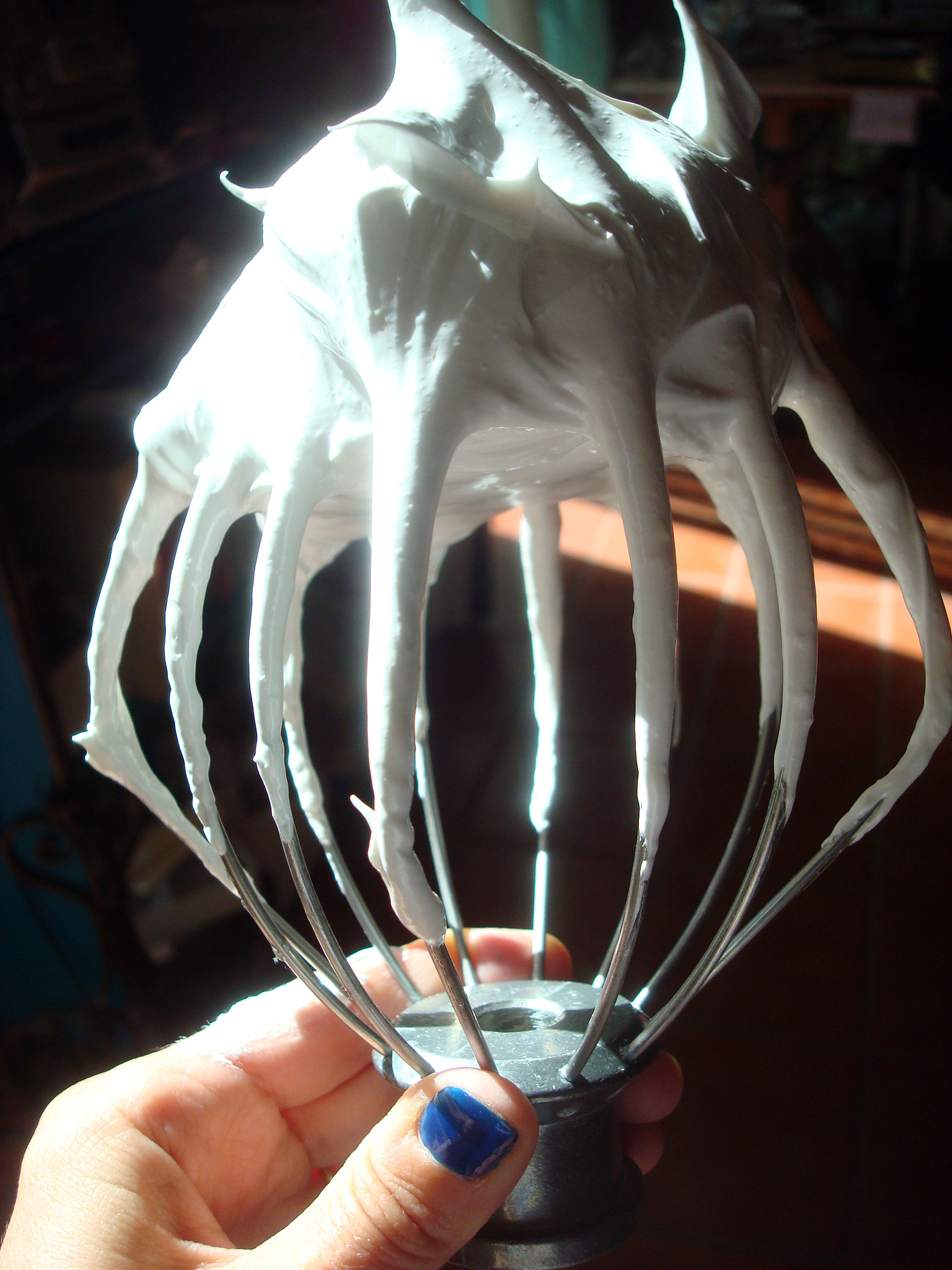 Transfer to a parchment-lined 8×8-inch tray until it has set to room temperature. It will never become hard, but it will firm up. The parchment lining will make it easier to remove from the pan. To hasten the process, you can put it in the refrigerator. 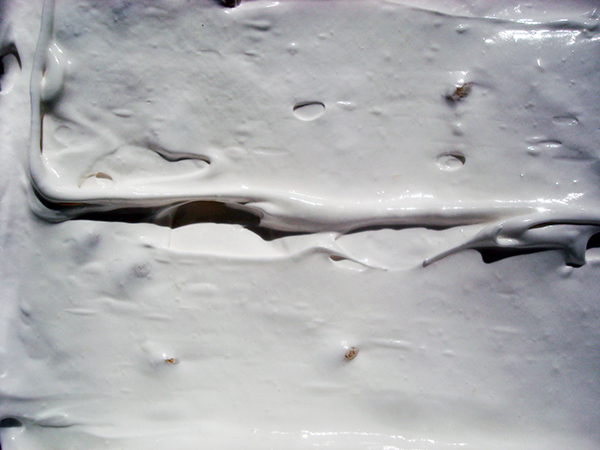 Now, you have a fantastic and naturally gluten-free confection with which you can make all sorts of tasty treats with.