Check out the ladder in the image below. It’s the stitch that looks stretched out right at the edge of the double-pointed needle. You can see why it’s called a ladder. It has vertical bars that go across when it’s pulled, just like an actual ladder. This happened because I didn’t pull the yarn tightly enough when I moved between needles. 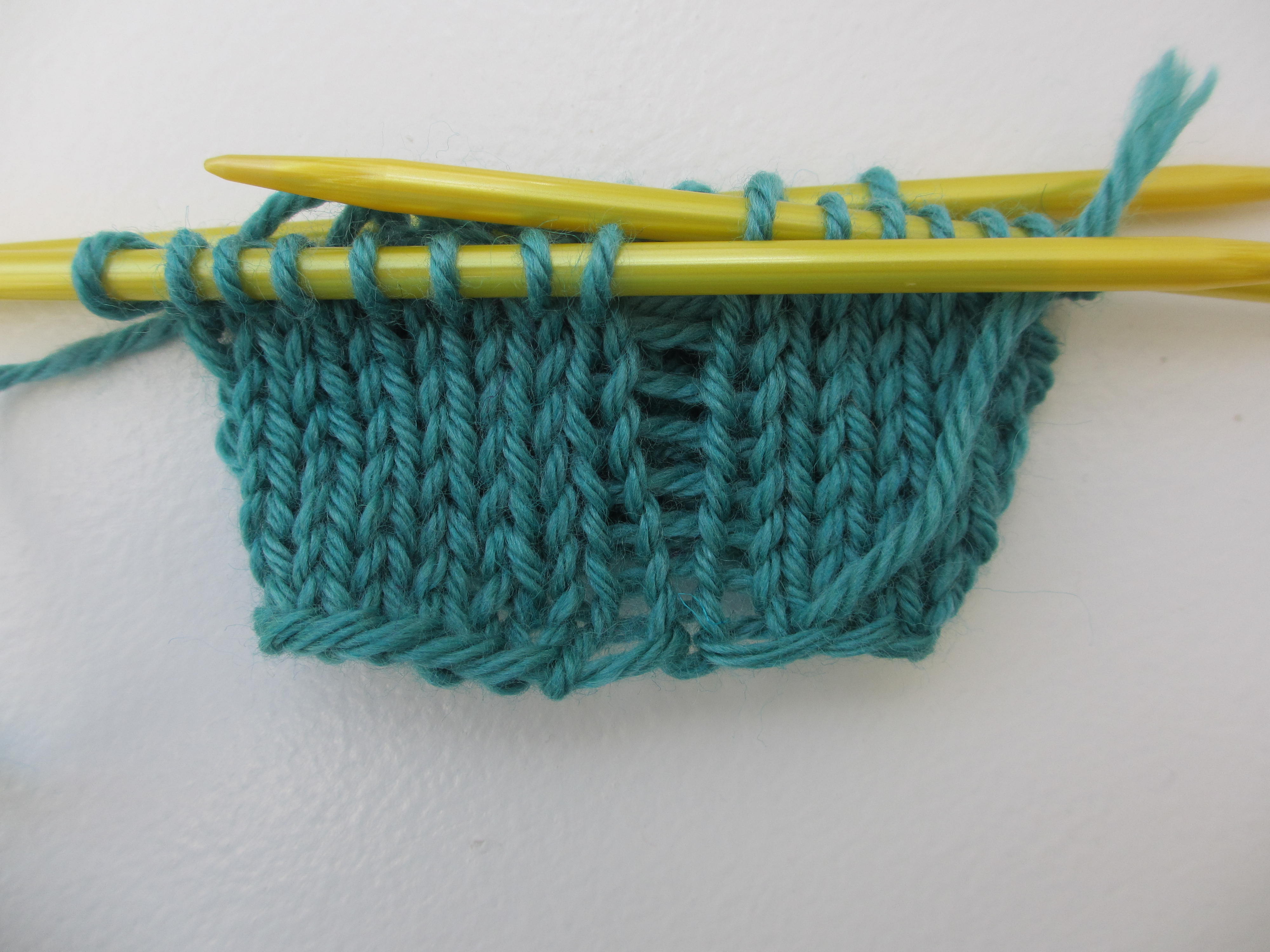 Laddering is a common mistake for all knitters — not just the beginners.

Here are 4 simple ways to avoid laddering when knitting with double-pointed needles:

This is probably the easiest and most obvious solution to laddering. When you move from one needle to another, tug on that yarn as you make the first stitch on the new needle and insist that it not stretch. Do this as you move through the entire round. If you knit on double-pointed needles enough, this will probably become a habit that you won’t even think about. Remember that the double-pointed needle ends should all remain close together as you move. And guess what — pulling tightly will also stop your work from sliding right off the needles.

2. Move the stitches around

Move stitches from one needle to the next to change which stitches are first and last on each needle. This just helps to even out the possible laddering so that you’re not putting the stretch into the same stitches every time. I usually end up doing this anyway, especially if the pattern is a little more complicated and calls for anything requiring stitches to be in groups, like cables or k2tog.

It’s that simple. It’s not a surprise that double-pointed needles — and circular knitting in general — take some practice and can be frustrating for beginners. If you don’t achieve perfect in-the-round knitting the first time you try, don’t give up. The more you knit in the round, the better your work will look.

FREE Guide: Knitting in the Round Made Easy

Worried that knitting in the round will throw you for a loop? Knit with confidence using this FREE downloadable guide.Get my FREE guide »

Do you wrestle with laddering in your knitting? Do you have any tips for avoiding laddering on double-pointed needles?