The half double crochet stitch (abbreviated “hdc”) is often overlooked in favor of its smaller and  larger neighbors, the single crochet (sc) and the double crochet (dc). But when you get to know it, this stitch is really pretty amazing. 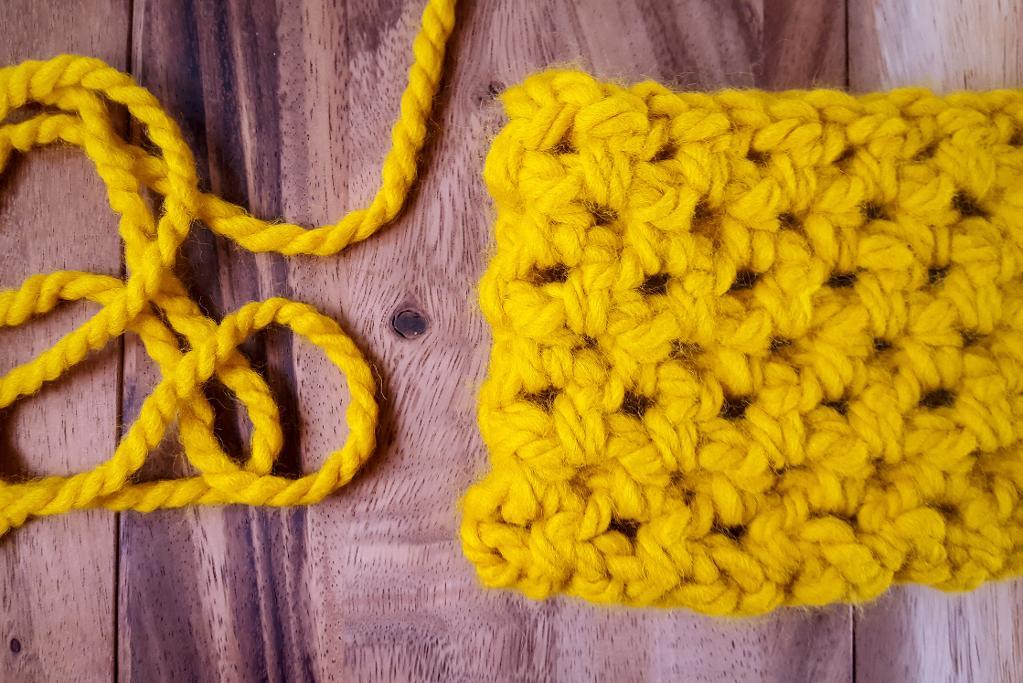 How to do the half double crochet stitch

First things first: Before we take a look at how the hdc can be used, let’s see how it’s made.

To practice, we’ll work up a small sample by making 19 chains, then working the first hdc into the third chain from the end. (If you are new to crochet, you might find it tricky to make hdc stitches into a chain. Not a problem — just start your sample with one or two rows of sc stitches before trying out the hdc.)

Then we’ll crochet a few rows of 17 hdc stitches. This is an ideal swatch size that you can also use to practice the stitch and to find out how it looks and feels in the yarn you are using.

We’ll walk through the whole stitch in just a minute, but here’s the quick step-by-step tutorial: 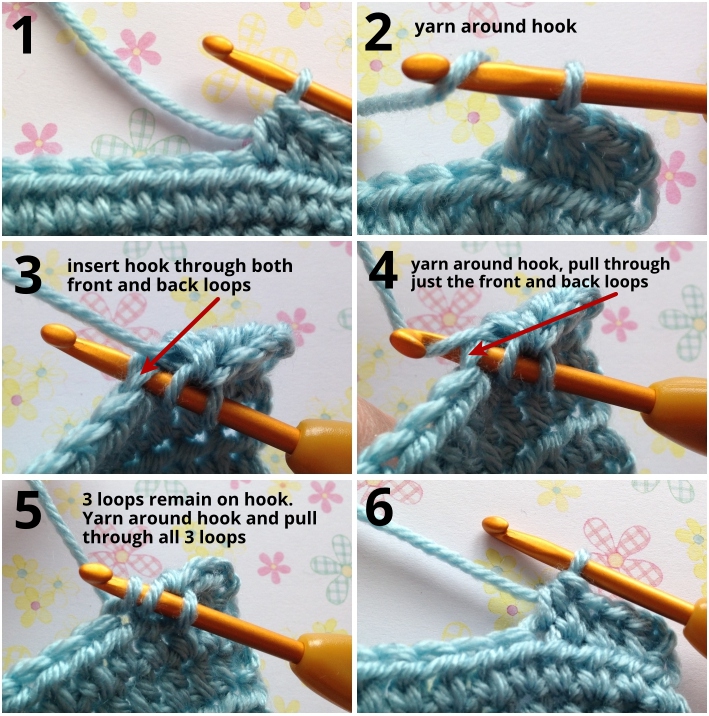 Be sure to work the stitch through both the front and back loops of the stitch. This produces an even crochet fabric that is completely reversible. In fact, there isn’t really a right side and a wrong side. I’ve defined my right side as the side I was looking at when I made my first hdc row.

Using the half double crochet for the linen stitch

An easy variation on the half double crochet is to stitch into every other stitch of the row below, adding a chain between the stitches. In all the rows that follow, make the hdc into the chain space of the previous row. This produces what is often called “linen stitch” but can also be called “moss stitch” or “granite stitch.”

The wildflower blanket by Lynda Kruglik below used this simple crochet technique and it is truly stunning. 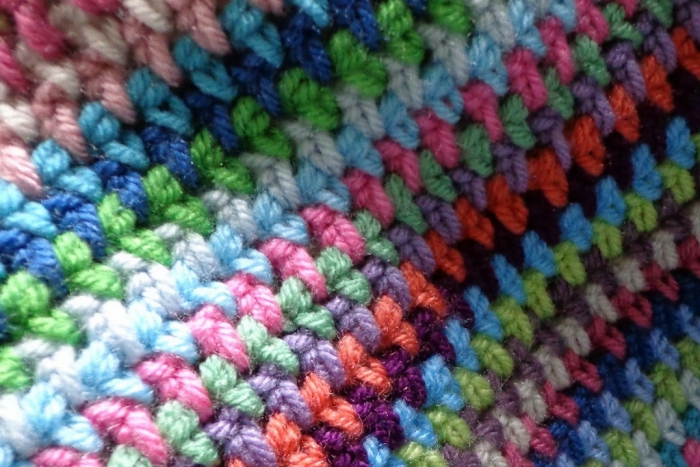 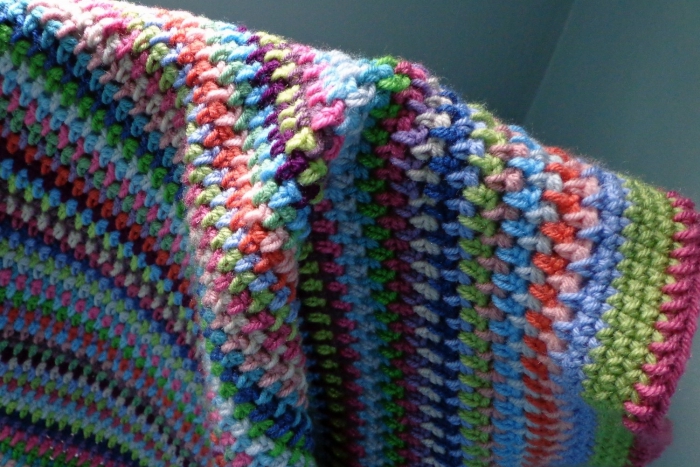 Getting to know the loops of the hdc

Putting your hook through the front and back loops is the standard way to make the half double crochet stitch. If you are having trouble seeing where your hook should go, the photo below shows exactly where you are aiming for. 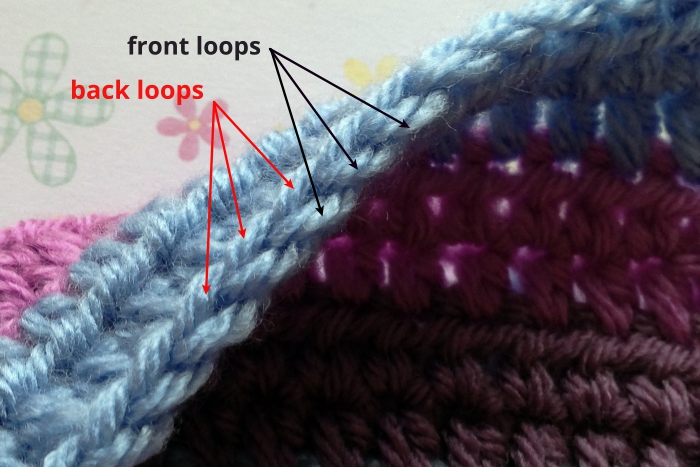 In the photograph above, I had to  turn the sample toward the camera to show the front and back loops. When the sample is laying flat, the top row of loops at the top of the stitches are the front loops.

The unusual thing about hdc stitches is that they create a third set of loops, which are found below the front and back loops. They can be  difficult to see at first, and you might want to make a sample using a larger hook so that your crochet fabric is loose. 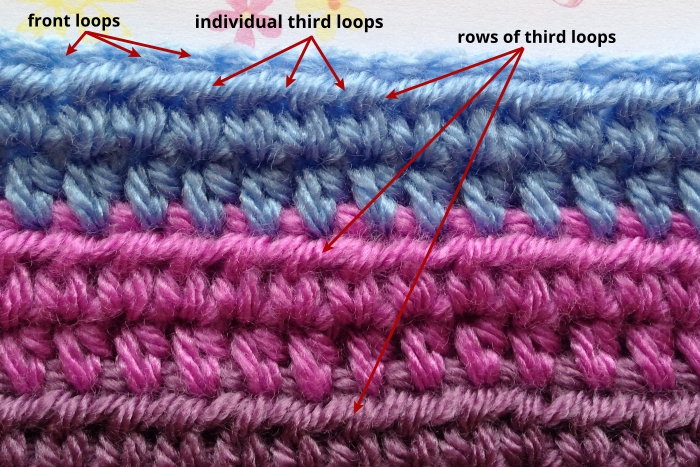 Putting the half double crochet stitch to work

You can explore the true versatility of the hdc and create some terrific effects just by varying which loop you use to make the stitch.

This stitch is made in exactly the same way as a standard half double crochet, but instead of going through both the front and back loops, you insert your hook through the back loop only.

This produces a textured crochet fabric that resembles a deeply knitted rib.

Again, this is completely reversible and is perfect for making cuffs — boot cuffs, cuffs to gloves, mittens, sweaters and so on.

You might think that making your half double crochet stitch into the front loops only would also produce a rib-like sample. But how surprising is this: 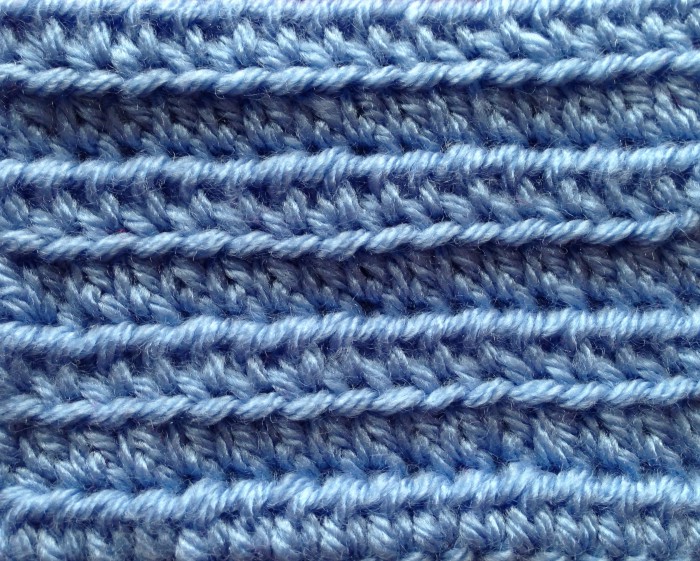 Front-loop-only hdc is very similar to a Tunisian crochet stitch and has a completely different texture than the back-loop-only hdc.

Here’s a fun sample to try: Make one row of hdc stitches in the back loops only, then turn and make the next row into the middle loops only. Repeat for several rows, and you’ll produce crochet fabric that closely resembles knitting. 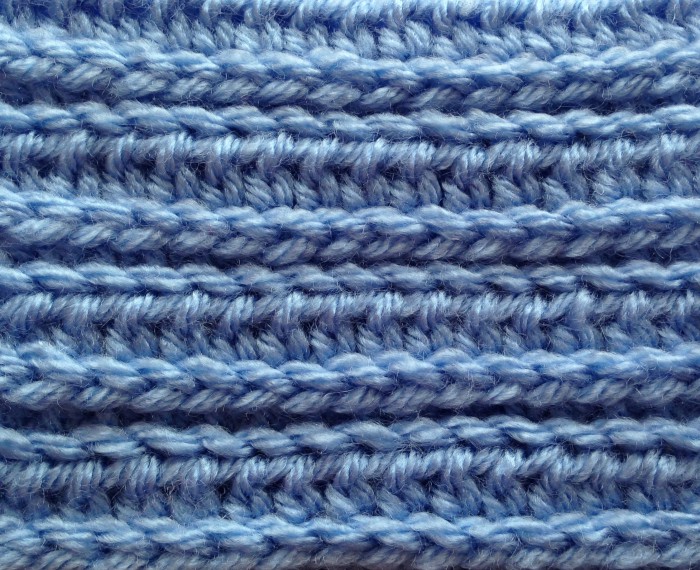 And the other side has its own interesting pattern and texture with some gorgeous squiggles. 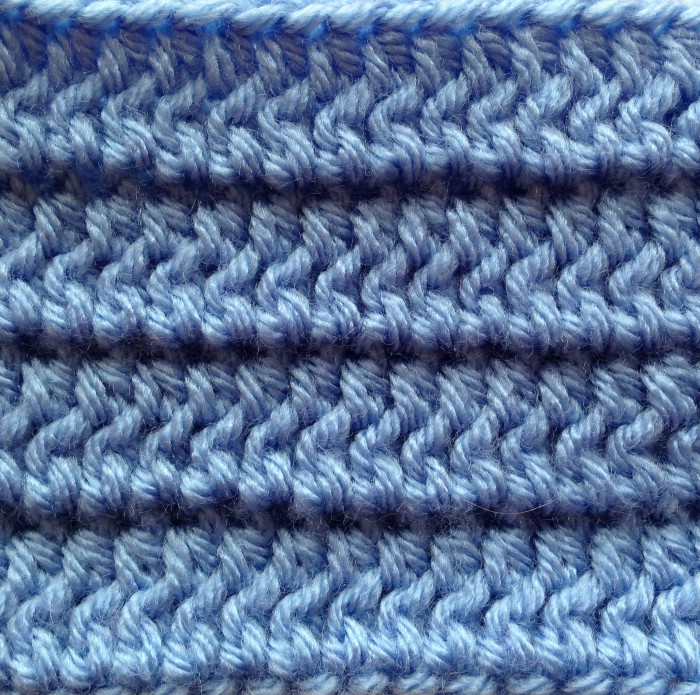 But where the middle loop of the hdc really comes into its own is when you are working in the round. If you work in a spiral, making an hdc into each middle loop you can produce crochet that looks like knitted stockinette stitch and is fully reversible with the wavy texture on the other side. 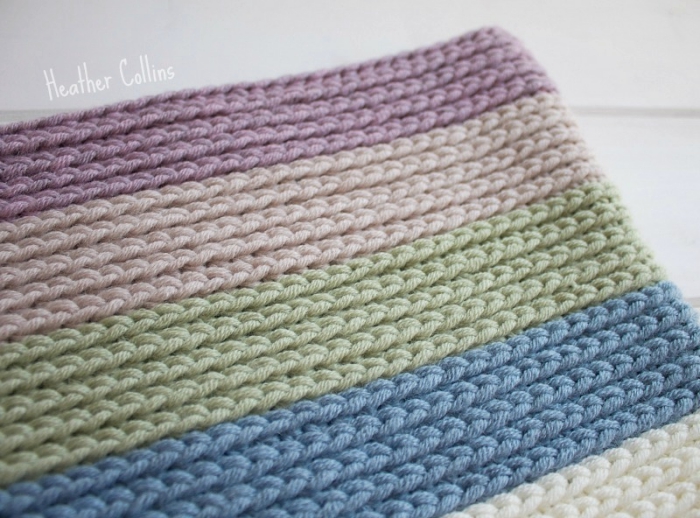 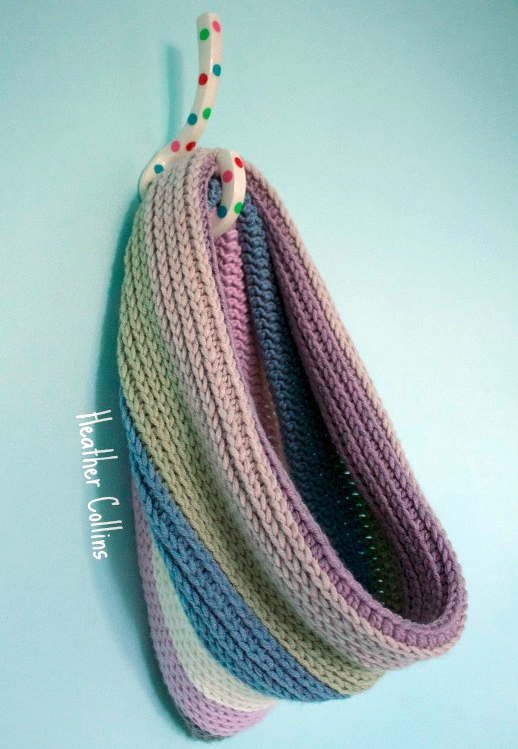