Entrelac refers to a type of pattern consisting of colored squares or diamonds organized in a repeating pattern to create a visually enticing graphic texture. It is a relatively young knitting technique (check out this class) that has been adopted by crocheters even more recently. It requires some basic knowledge of Tunisian crochet stitches. 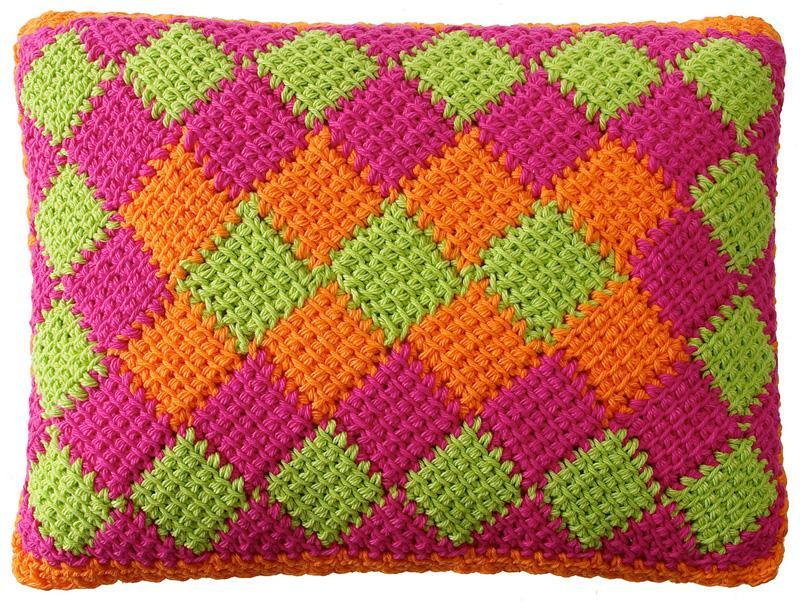 Entrelac crochet can be worked in two or more colors.

How to Make Tunisian Crochet Entrelac pattern via c.christmas

Entrelac crochet can be worked row by row, creating stripes of diamonds in various colors. It can also be worked in the round like a granny square, with the each round in a different color.

The first step in this entrelac crochet project is to create the center square in your first color, color A. Here are the individual steps for that.

You have now reached the end of that row. At this stage, do not turn your work. You will be working backwards across the row to create the next row.

You will see that you now have vertical posts on the front of your emerging entrelac square. Skip the first vertical post (at the right end of the square) and insert your hook behind the next vertical post.

Yarn over and pull through, leaving two loops on your hook.

Repeat across, inserting your hook behind each vertical post and pulling it through, adding one loop to your hook each time, so you’ll have seven loops on your hook at the end.

Repeat steps 2 and 3 another three times. End with a repeat of step two to close the square. Fasten off. 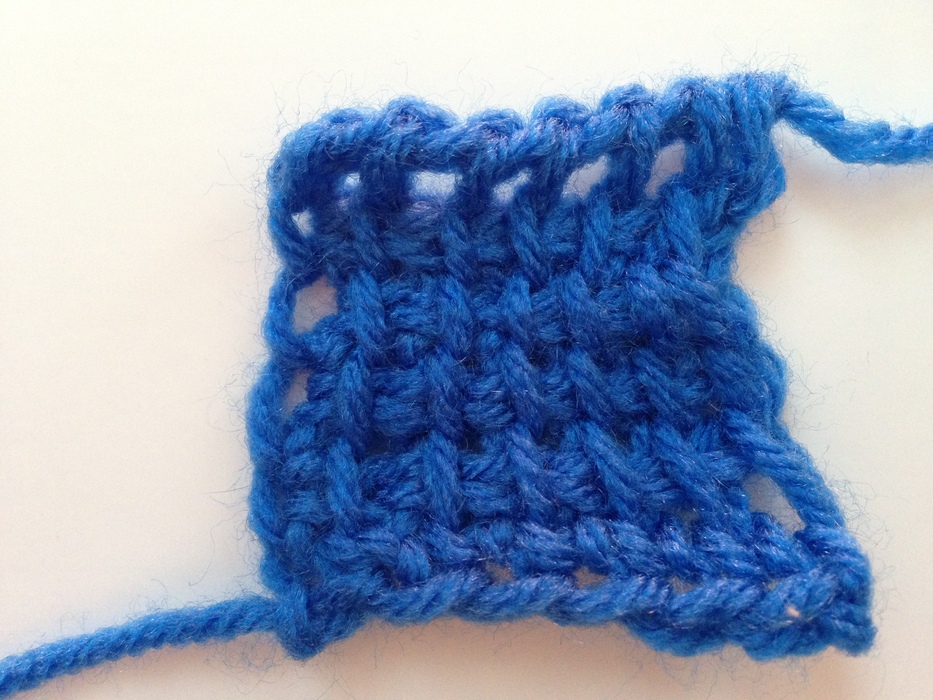 Now it’s time to change colors, so switch to color B, attaching it in any corner of the first square to begin. You’ll be working around the first square, creating a new square on each side of that square for a total of four squares in color B in round two.

Once it’s attached, draw up one loop of color B and ch 6.

Insert hook in BLO of second ch from hook, yarn over and pull through one loop. Repeat across until you have seven loops on your hook. The last loop should be in the corner of the first square where you joined color B.

Repeat step 2 through 4 above (from round 1) to complete the first square in round two. There is one difference: The final stitch on the left side of each row is joined in the next stitch of the square from round one, which connects the two squares. 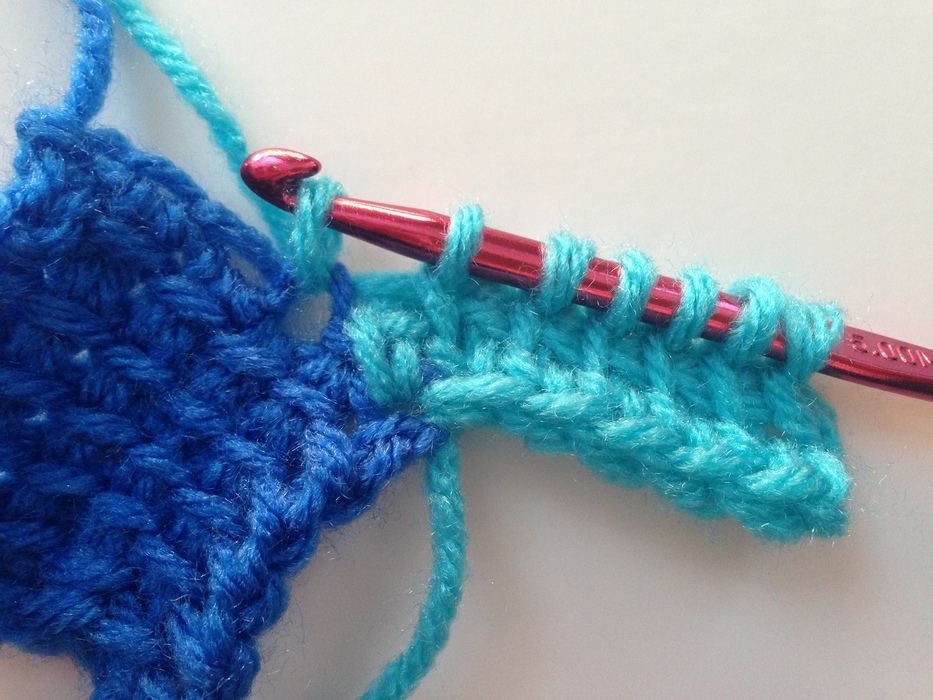 Slip stitch into the next five vertical bars and into next corner of the first square. There should be one loop left on your hook. 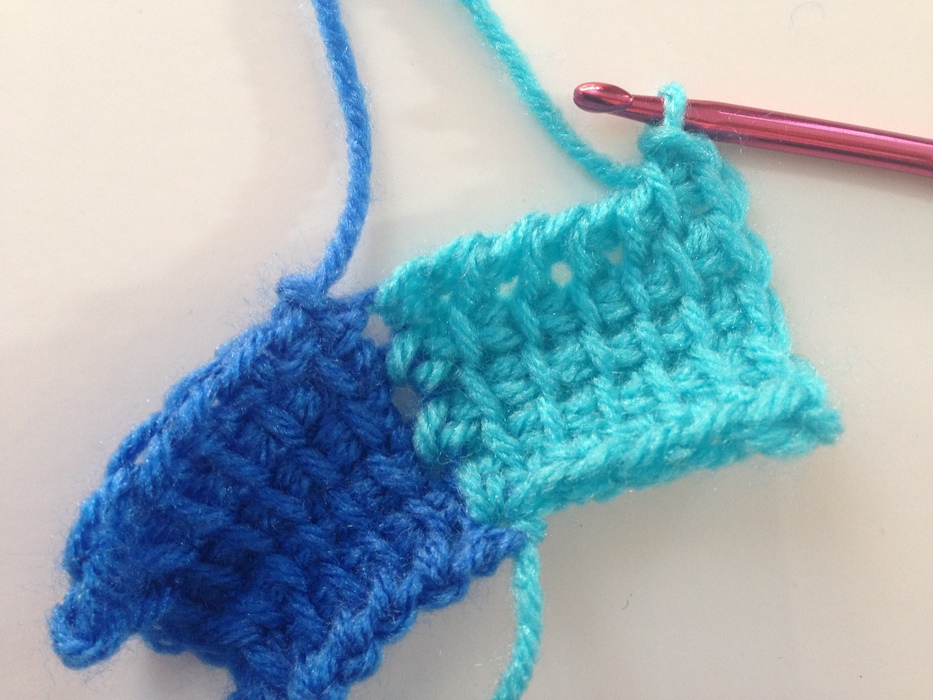 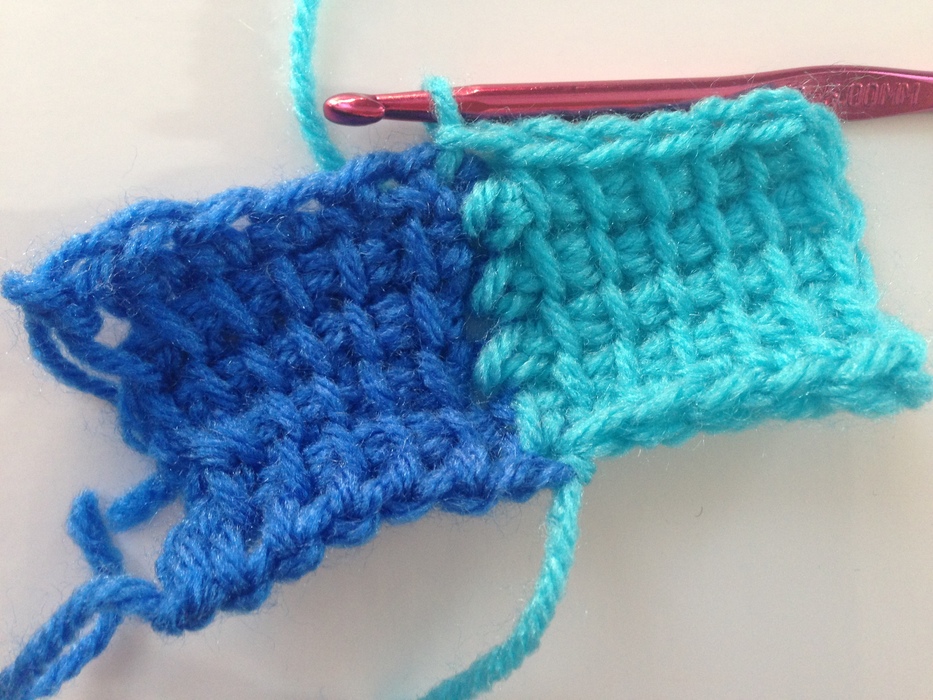 Repeat steps 1 through 4 from round 2 three times so that you have a total of four squares — one on each side of the first square. Fasten off. 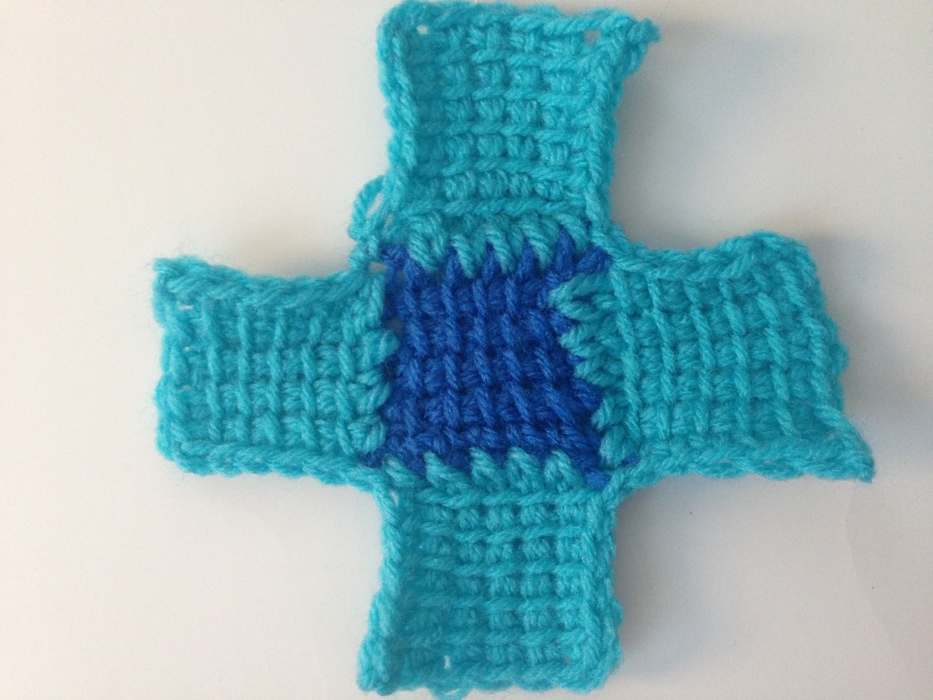 Side squares are very similar to corner squares with a minor difference: You do not do a chain six at the beginning of a side square. Instead, you simply move from the corner to the next spot where you’re going to create your square. Insert your hook into the first vertical bar there and begin drawing up your loops, proceeding as normal to create the rest of the square.

Take it to the next level 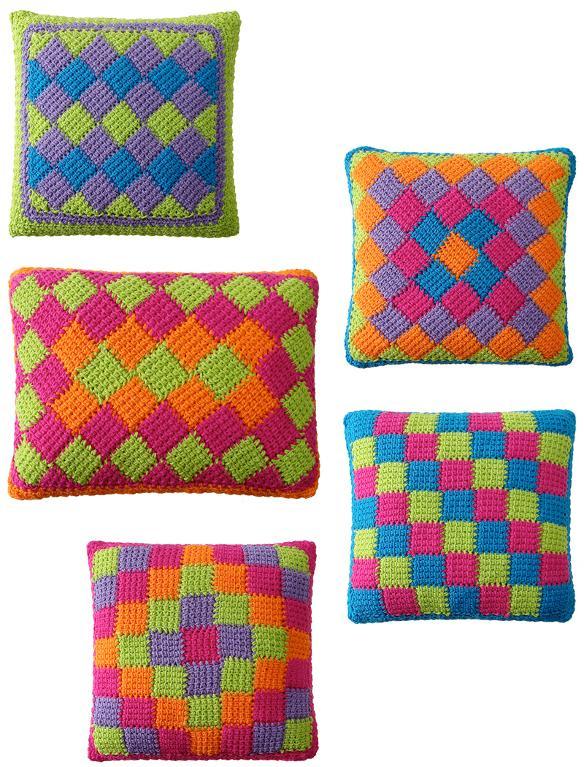 How to Make Tunisian Crochet Entrelac pattern via c.christmas

Ready to take this technique a little bit further? You can begin with the advanced tutorial by Gourmet Crochet called Make Tunisian Crochet Entrelac. In addition to the in-the-round technique that you’ve learned here, it also has instructions for creating diamonds on point, diagonal stripes and “sunshine and shadow” patterns in entrelac crochet. Plus, the guide has tips for making both small and large projects in square and rectangular shapes. 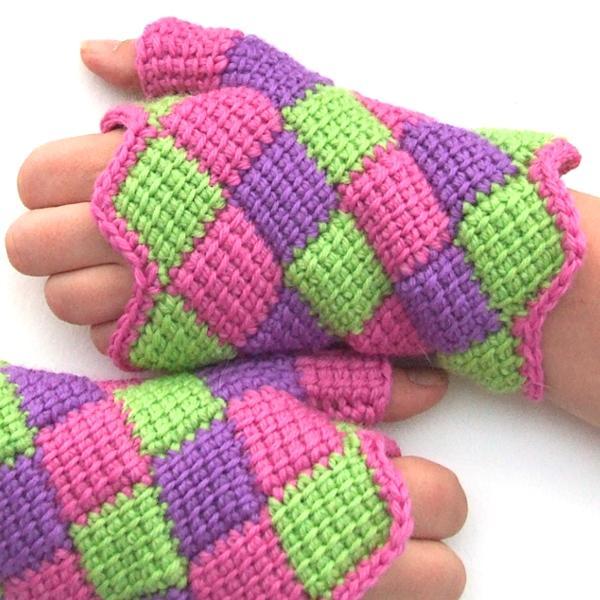 If you want to work on entrelac crochet patterns, start with a small pattern like these Entrelac Crochet Fingerless Gloves. The pattern is worked in three colors, but you can use any number of colors you like! 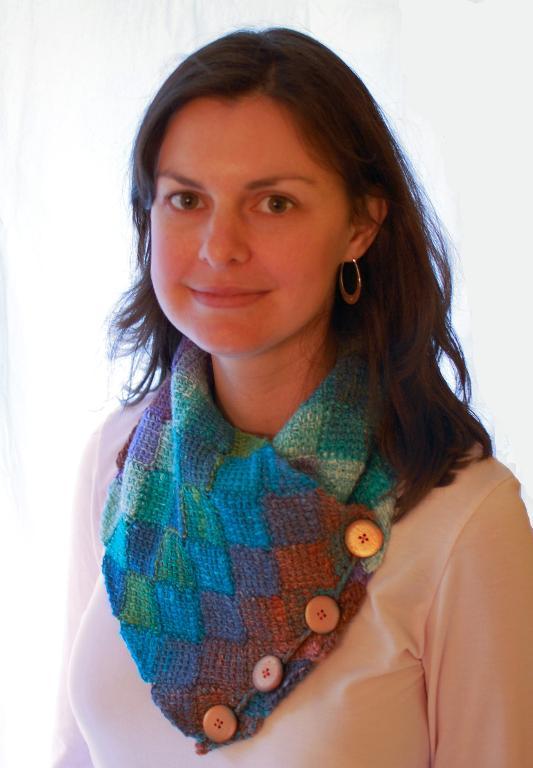 This buttoned entrelac crochet neckwarmer is another great option for taking your newfound skills to the next level. 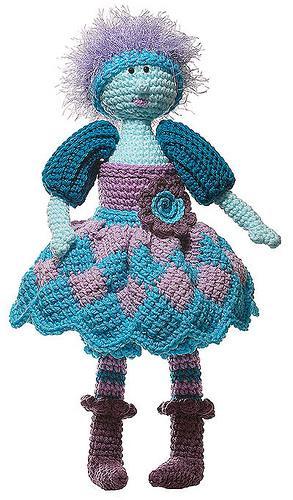 Although entrelac crochet is typically seen worked on its own, it can be incorporated with other crochet techniques in unique ways. We can see from this crochet doll pattern that it’s even possible to work it into amigurumi!