Hannukah parties are so wonderfully full of tradition, including some really enjoyable food traditions, including deep fried treats like jelly-filled donuts, known as sufganiyot, and potato pancakes, or latkes. And because I can never say no to a batch of crisp, savory latkes (who can?!), I learned to make my own over the years. Then, I never have to wait for an invitation to someone else’s party to enjoy them. 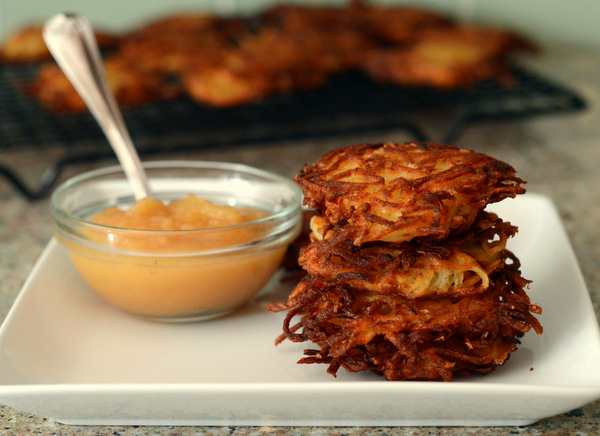 This latke recipe is a very simple one, using just a handful of ingredients. I start out with my favorite type of potato, the Yukon Gold, as they also produce latkes with a creamy center beneath a crusty exterior. Plus, they take a less time to cook than some baking potatoes.

The potatoes are combined with onions and grated until they are all in coarse shreds. Then, egg, flour and baking powder are added to help hold the mixture together, ensuring the finished latkes have the perfect texture.

The most time consuming part of making latkes is shredding up all those potatoes. You can do this by hand using a cheese grater. However if you have a food processor with a grater blade, you can have all your prep work done in less than two minutes. I rarely use my grater attachment, but it is perfect for making latkes. 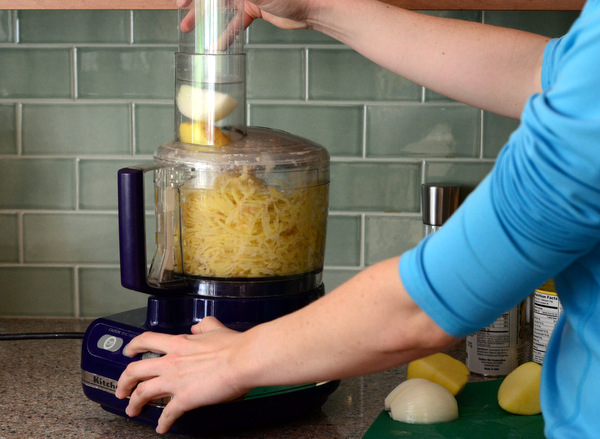 The latkes need to be deep fried in vegetable oil. I use a deep pan, pour in just about a half-inch of oil and fry them a few at a time. A deep pan reduces the possibility of oil splashing, and a shallow amount of oil makes transferring the pancakes in and out easier.

Healthy tip: Fried foods are traditional for Hannukah, but if you are looking for lighter Hannukah fare, you can try this oven-baked latke recipe, instead

While latkes are relatively easy to compare, they are definitely best served hot, so cooks often find themselves standing over the stove instead of enjoying the company of guests. Fortunately, you can easily make a batch of latkes in advance and keep them warm in a 275 F oven, instead of making them to order. 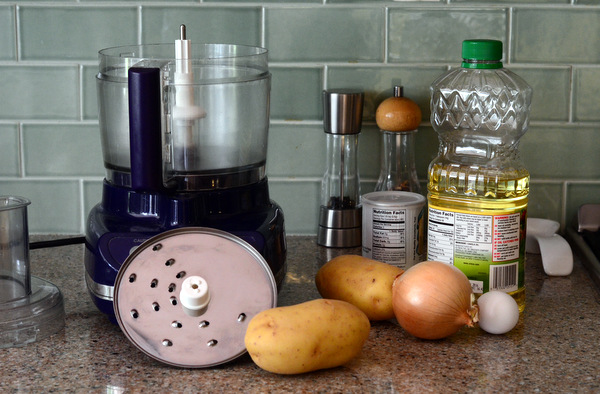 In a food processor fitted with a grater attachment, or with a cheese grater, shred the potatoes and onions into fine strands. Place in a collandar and press down with a spatula to squeeze out some of the excess moisture. Allow mixture to sit for 5-10 minutes. 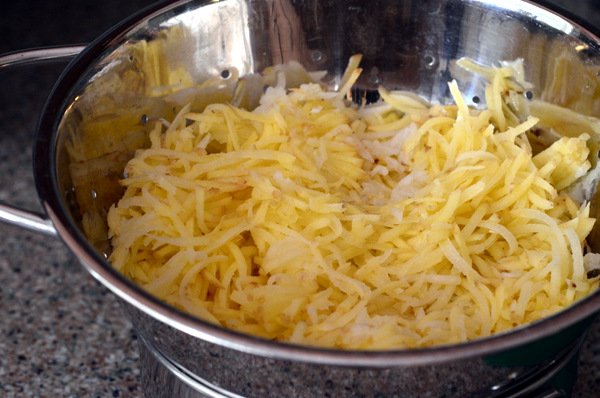 Add egg, baking powder, flour and salt and pepper to the shredded potato mixture and form into small, flat pancakes about 3-inches across and no more than 1/2-inch thick. Thicker pancakes may not cook evenly. 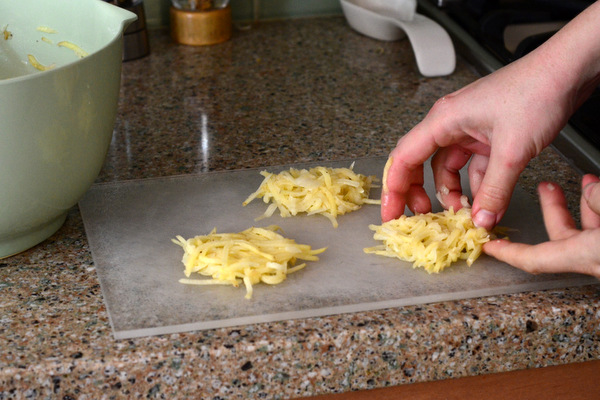 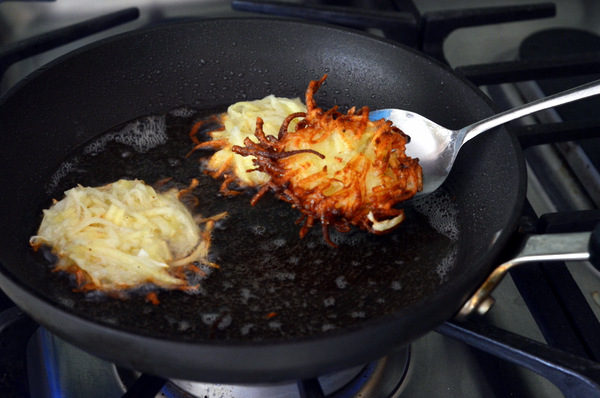 Fill a frying pan with about 1/2 inch of oil and turn the heat to medium-high. Drop a strand of the potato mixture into the oil to test it. When the potato sizzles and begins to turn brown, the oil is hot enough. Transfer the latkes into the pan 2 or 3 at a time. Cook until pancakes are dark golden, about -4 minutes, then flip and cook the second side until it is also a dark golden brown. 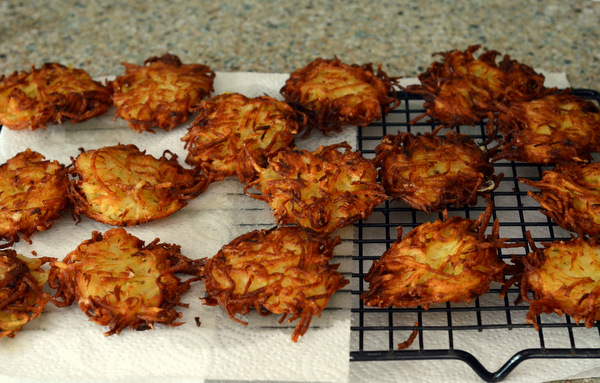