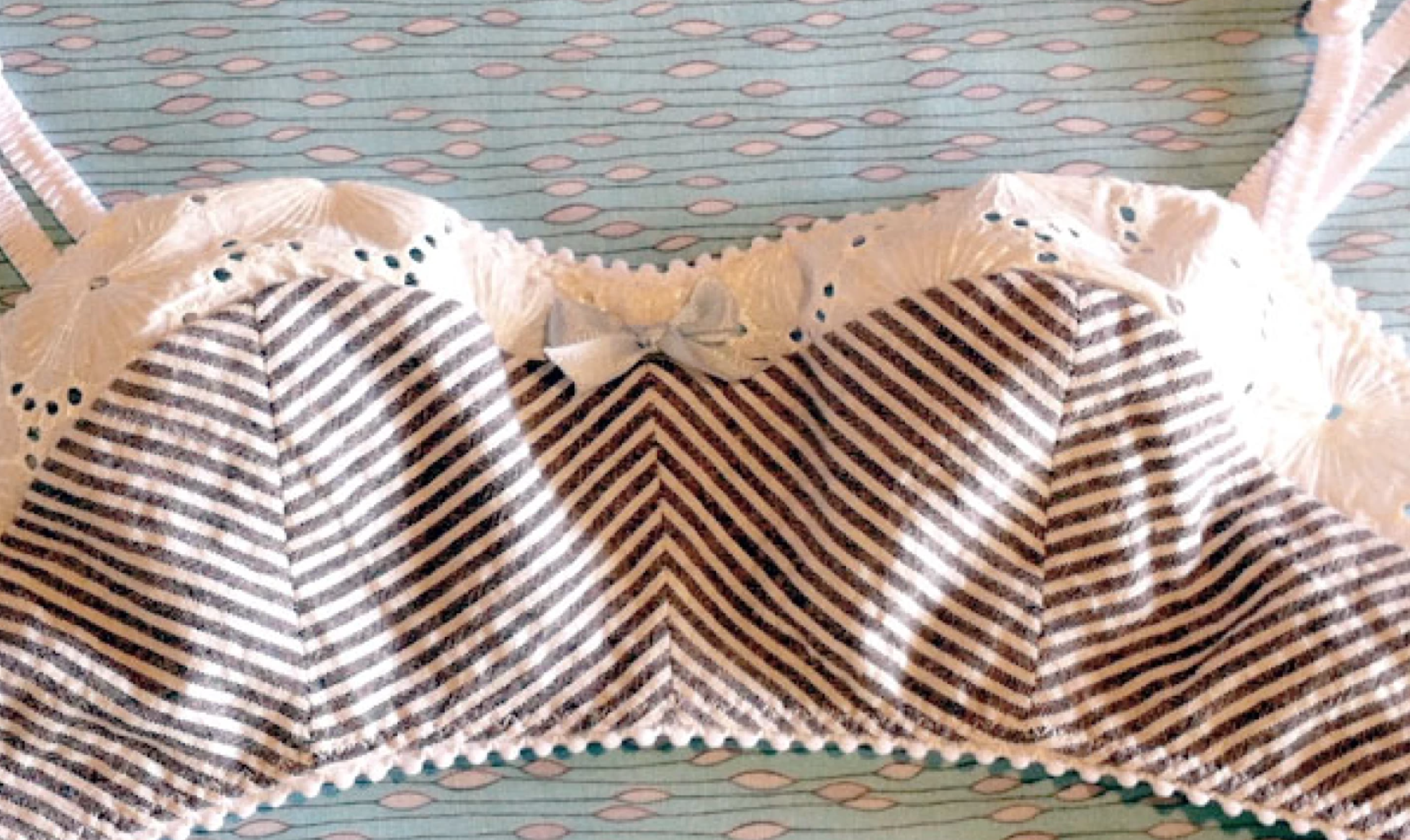 Sewing your own bras can be intimidating, but there are so many reasons to do it. Not only does it call for such little fabric — making it a great way to use up fabric scraps or splurge on something fancy — but it’s also a good way to save money. After all, store-bought bras are expensive!

Plus, it can be hard to find a ready-made bra that fits the way you want it to. Which is where this pattern comes in. It’s vintage-inspired, and a great sewing project for anyone who hasn’t made lingerie before. Just keep in mind this isn’t a typical bra — it’s softer and less supportive, so more like a bralette. Making it custom-fit means your one step closer to having the comfy wardrobe of your dreams.

Good to Know: You need a few different fabrics for this pattern. The outside fabric can be either a knit or woven, while the cup lining should definitely be a knit. The decorative pieces on the upper cup should be cut from sheer fabric, such as lace or eyelet.

1. Cut and Place the Pattern 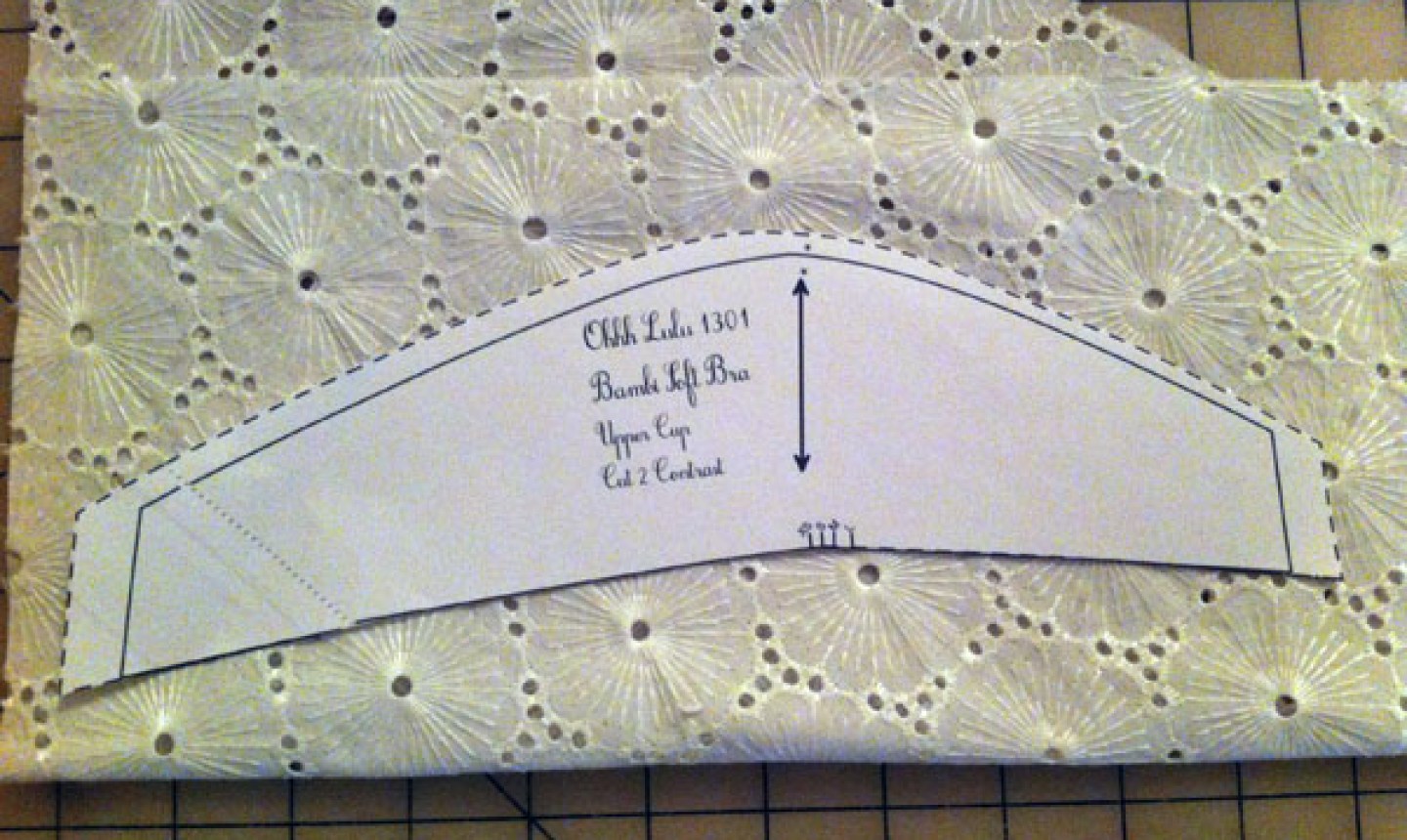 Download the PDF, print the pattern pieces and cut out your size. There are very few pieces in this pattern, so this will take very little time (and paper). 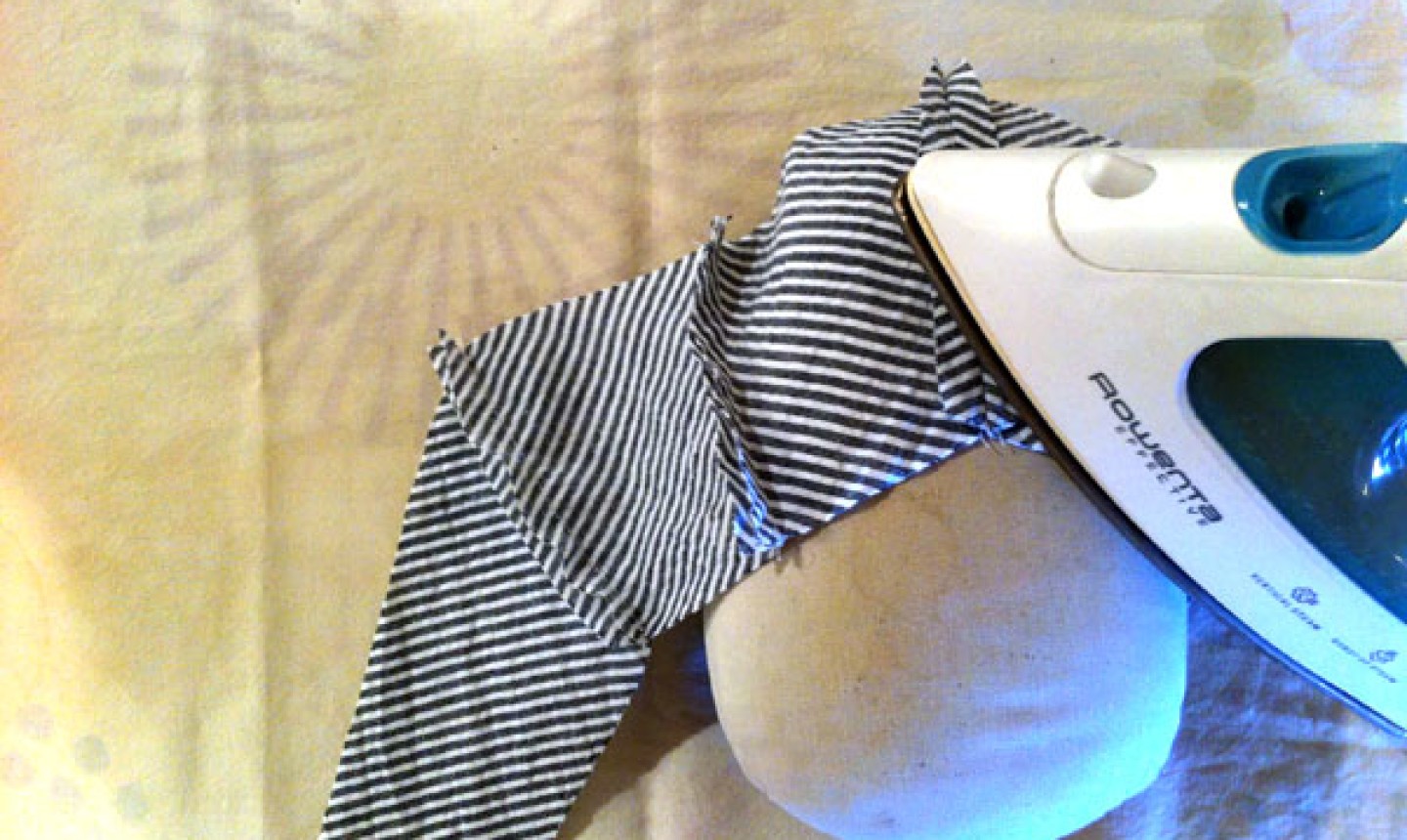 Sew the front cup pieces together as the pattern instructs, right sides facing. Press the seam allowances open. Don’t worry about finishing the edges — these are going to be fully lined later. Press the curved seams over a pressing ham. 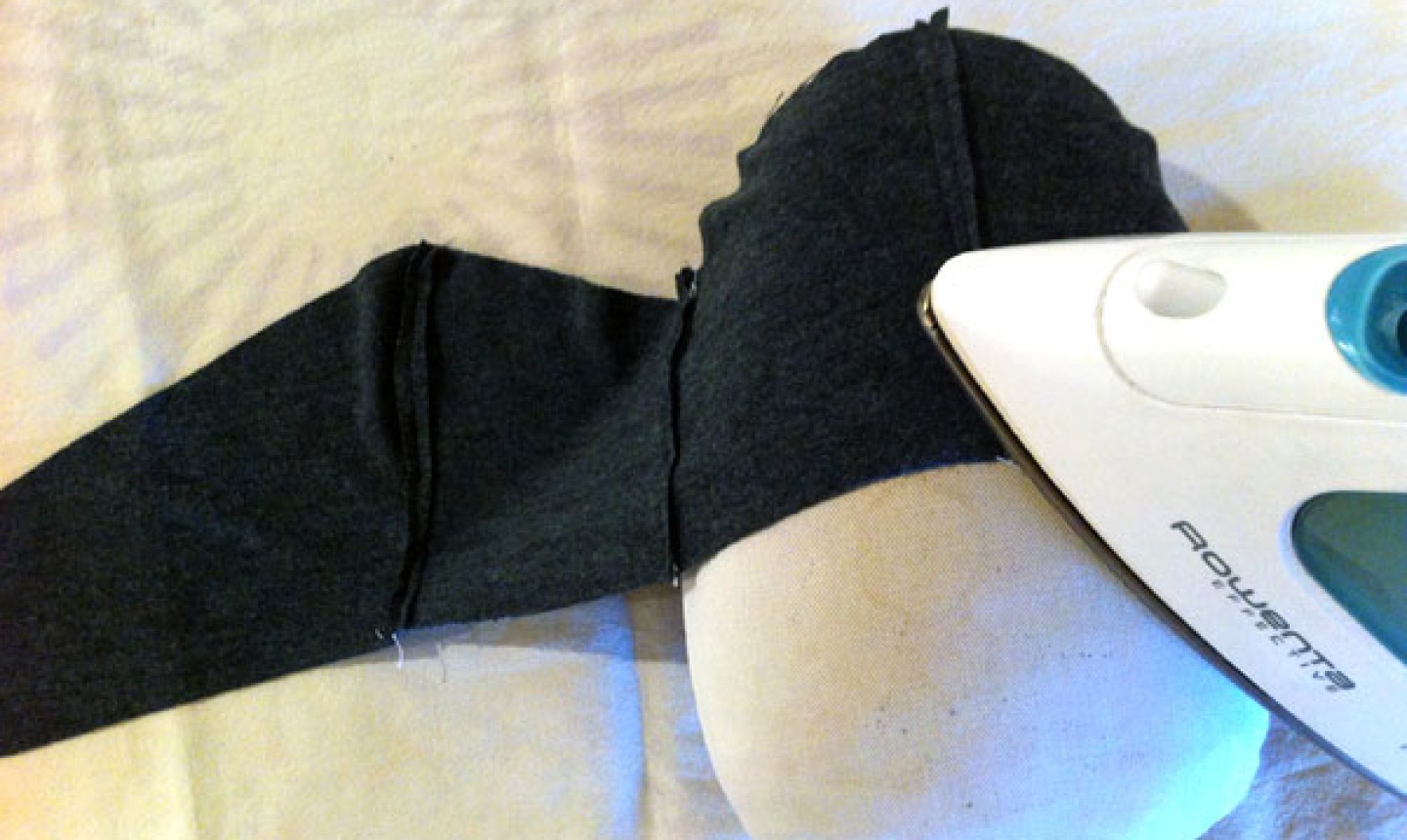 Sew the cup lining as the pattern instructs. Trim the seam allowances to ¼” to ease bulk. Press the seam open on your pressing ham. 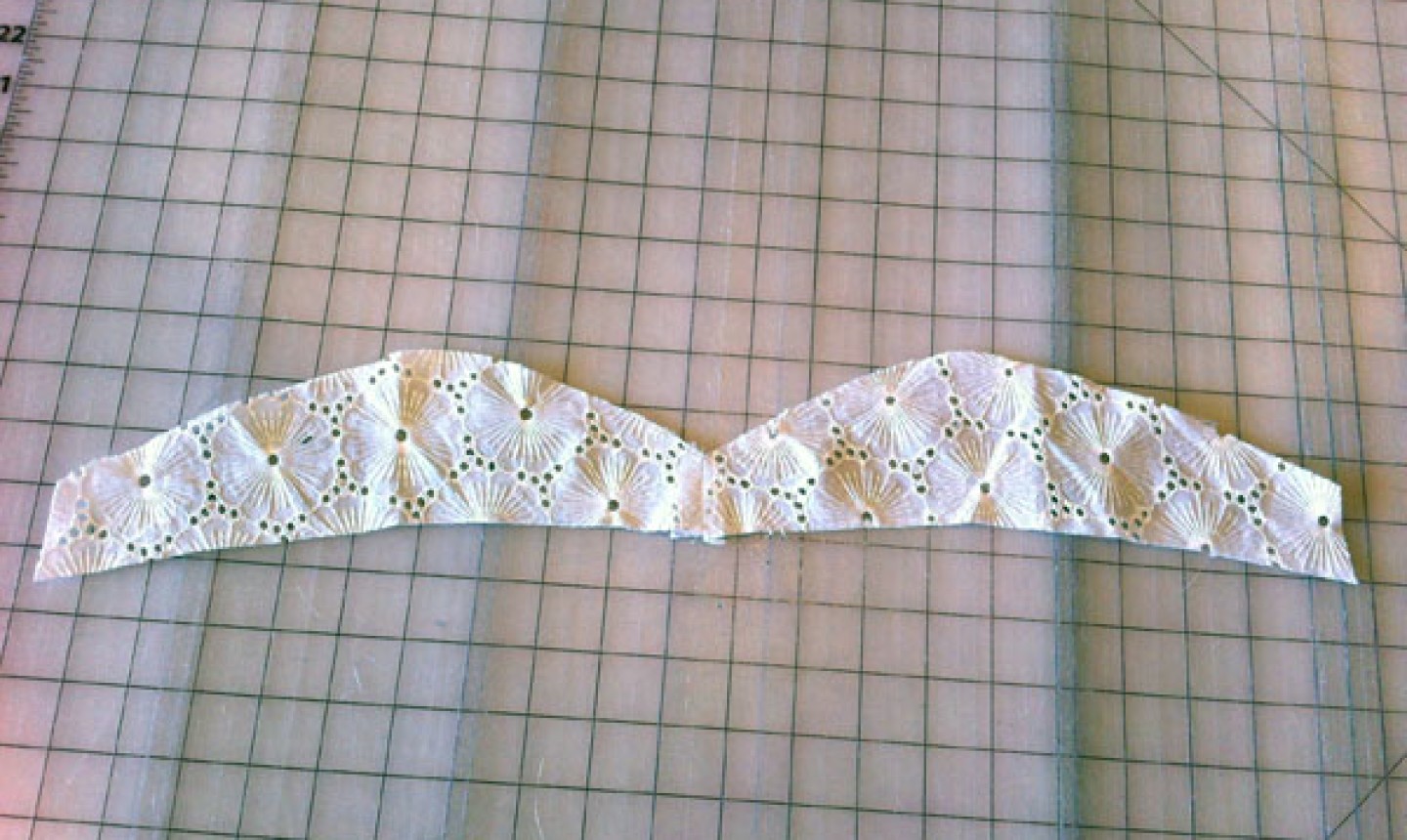 Sew the top band of the bra right sides together as the pattern instructs. This is an ideal place to use a French seam. 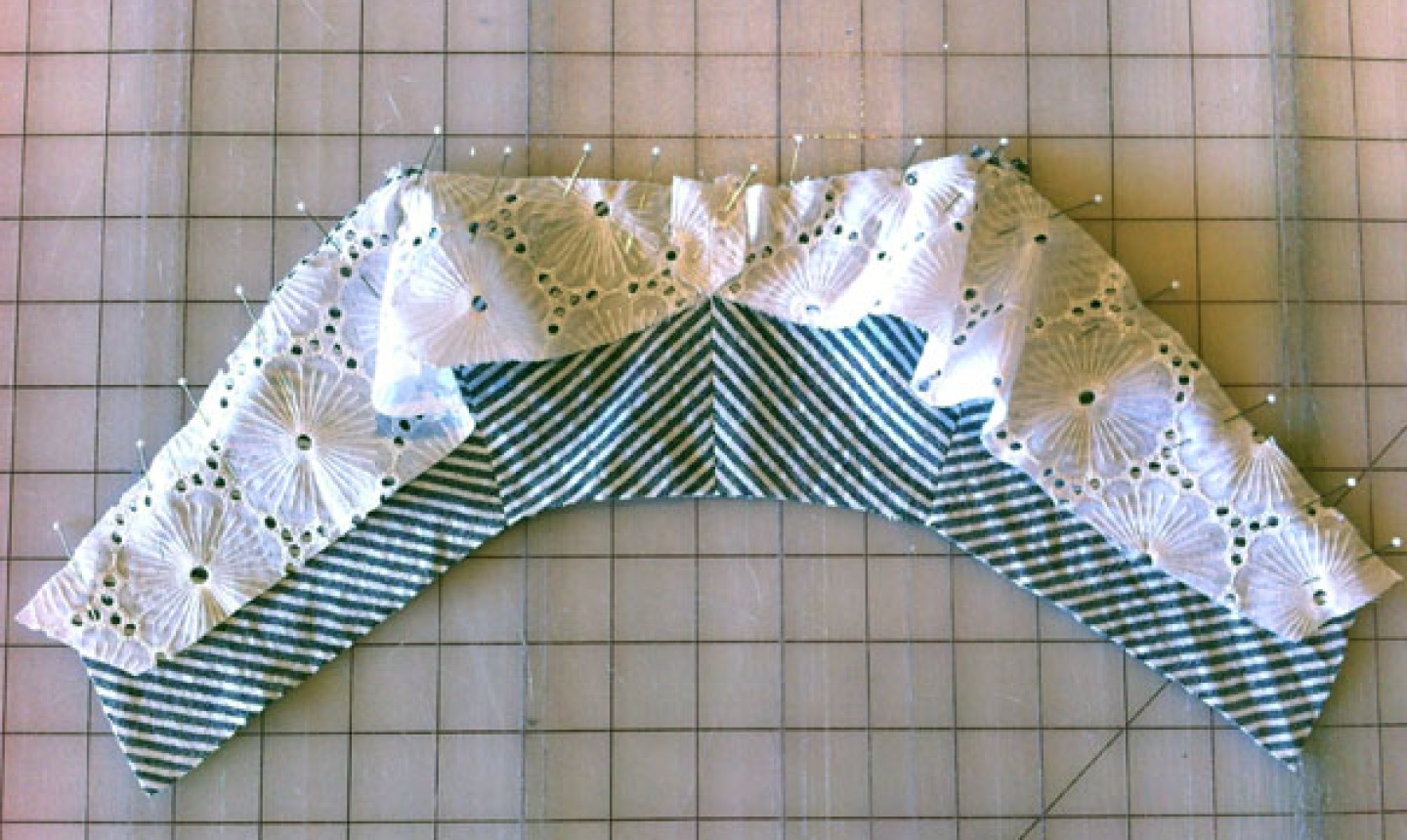 Pin the sheer upper band to the outer cup, right sides together. Line up the center seams and both ends, then pin in place. Baste the fabrics together, keeping your stitch line just inside the ½” seam allowance.

6. Pin and Stitch the Lining 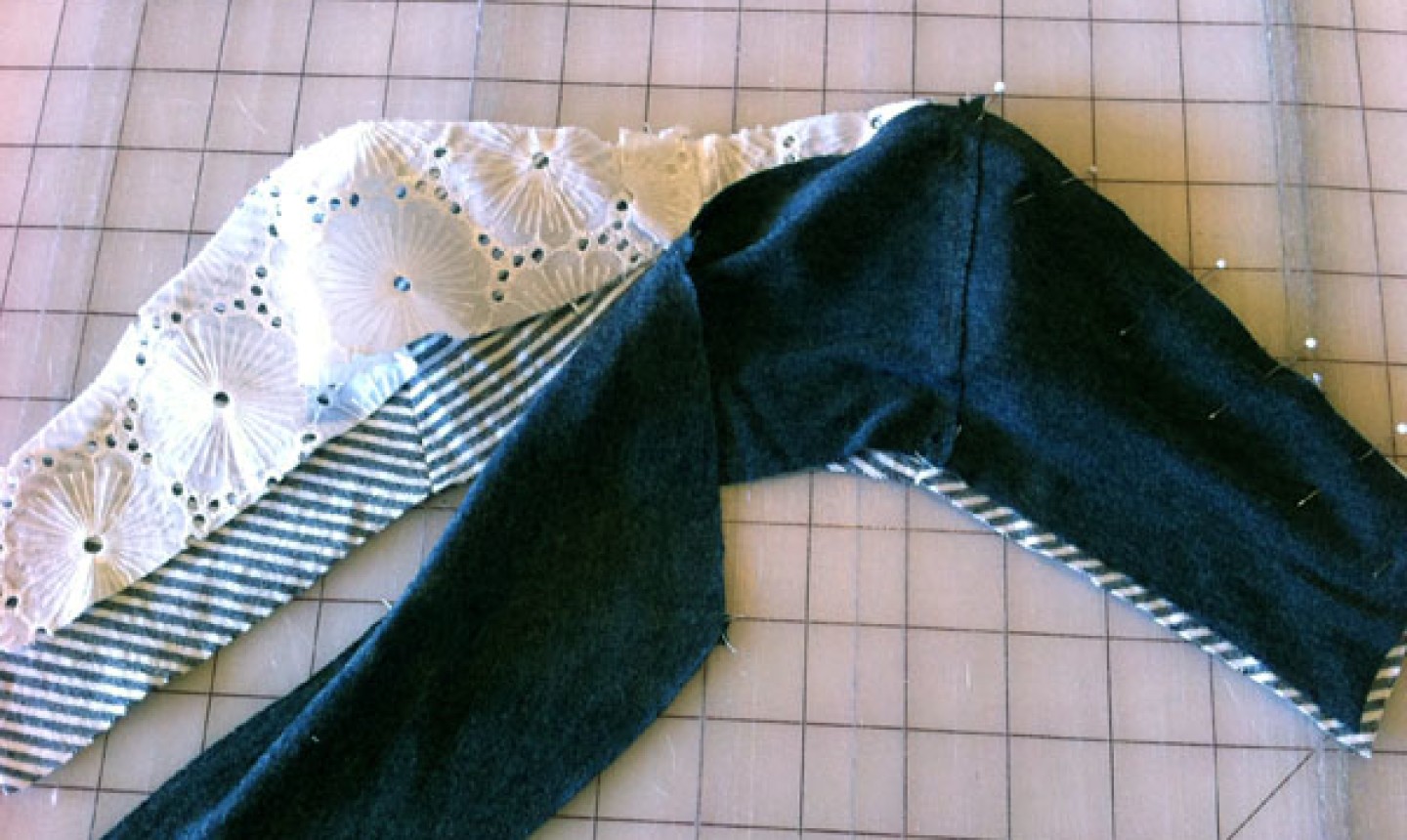 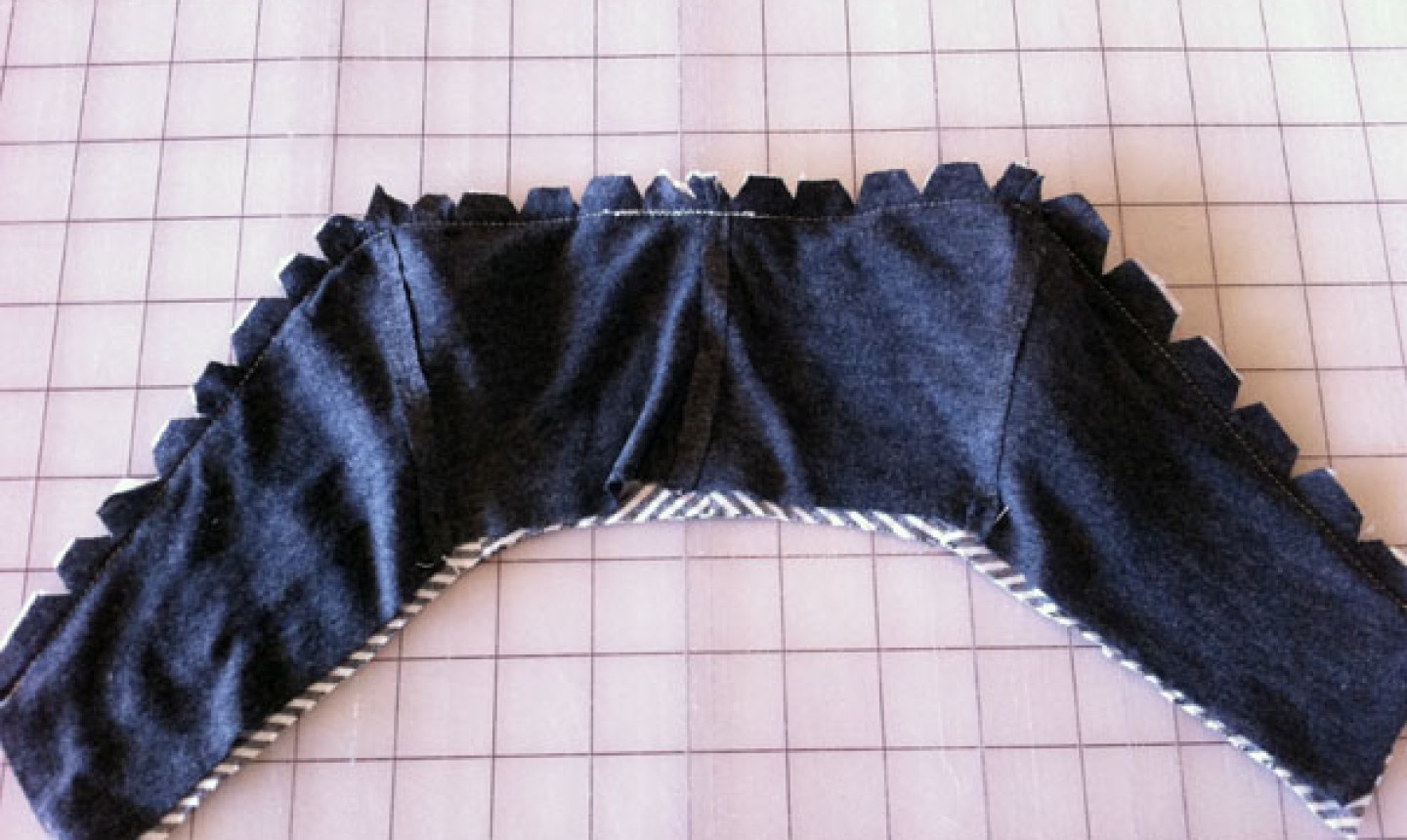 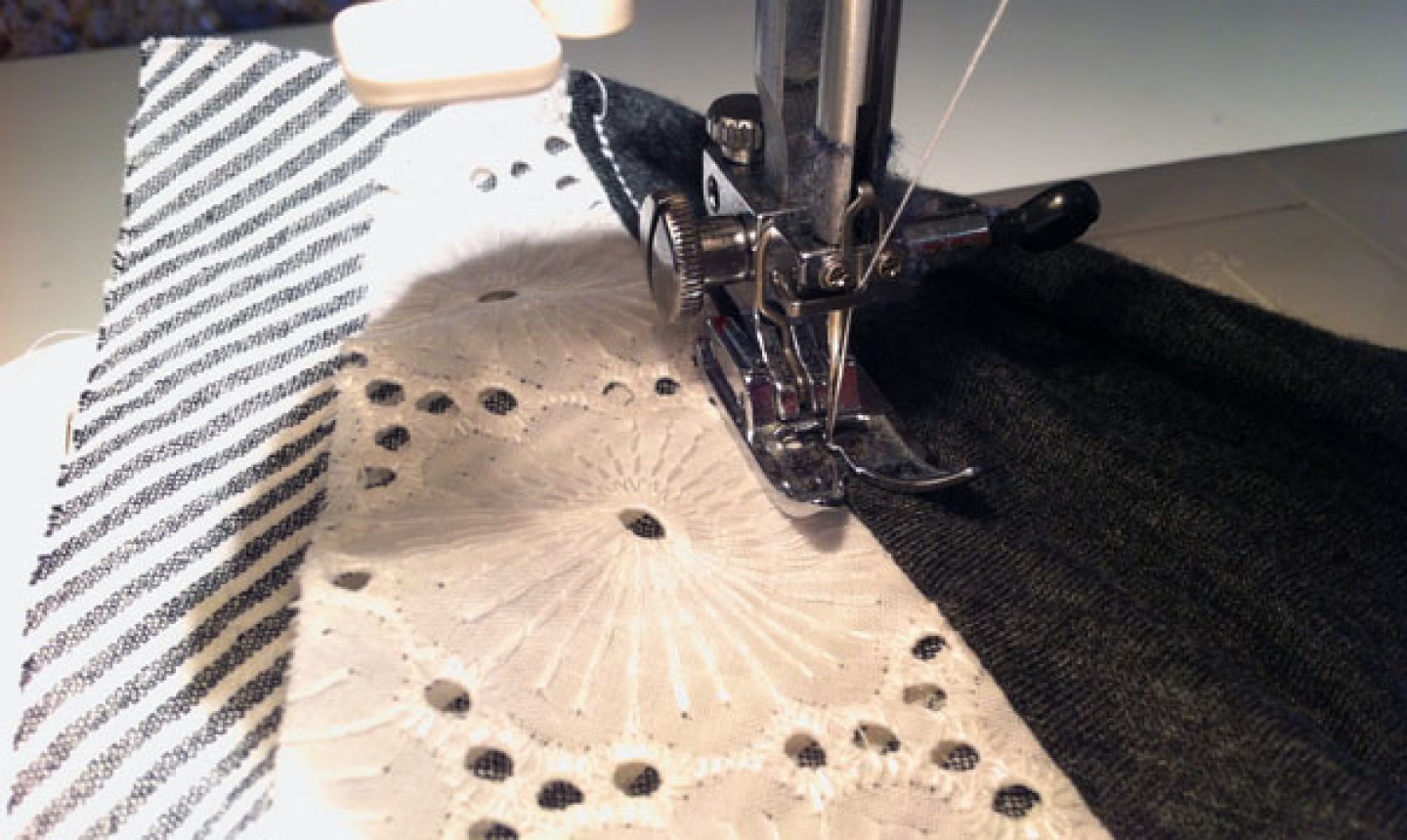 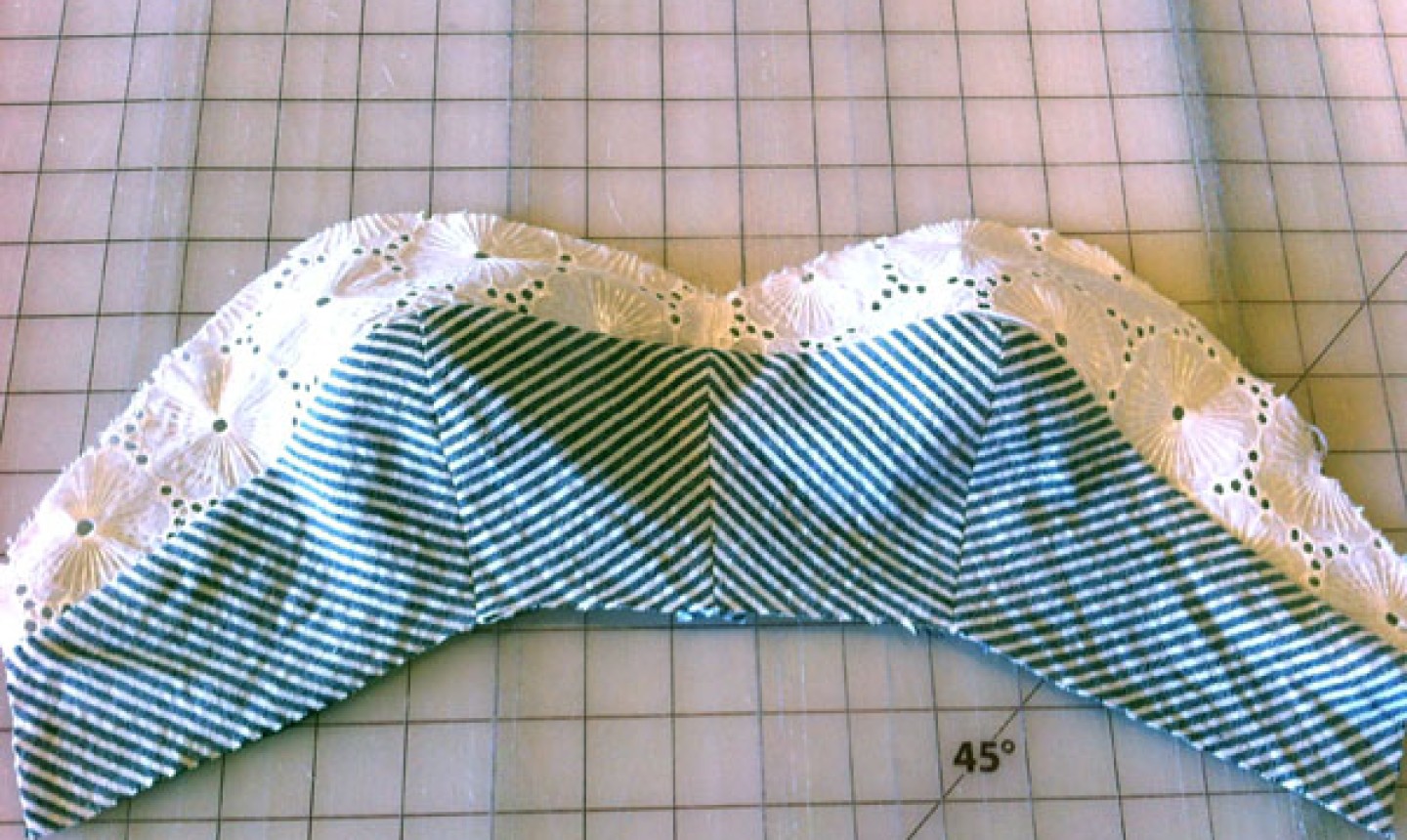 Press the seam on your pressing ham. Press the sheer band away from the lower cup to mold the curved seams over the curve of the ham. At this point, it starts to look like a bra!

9. Sew the Side Bands 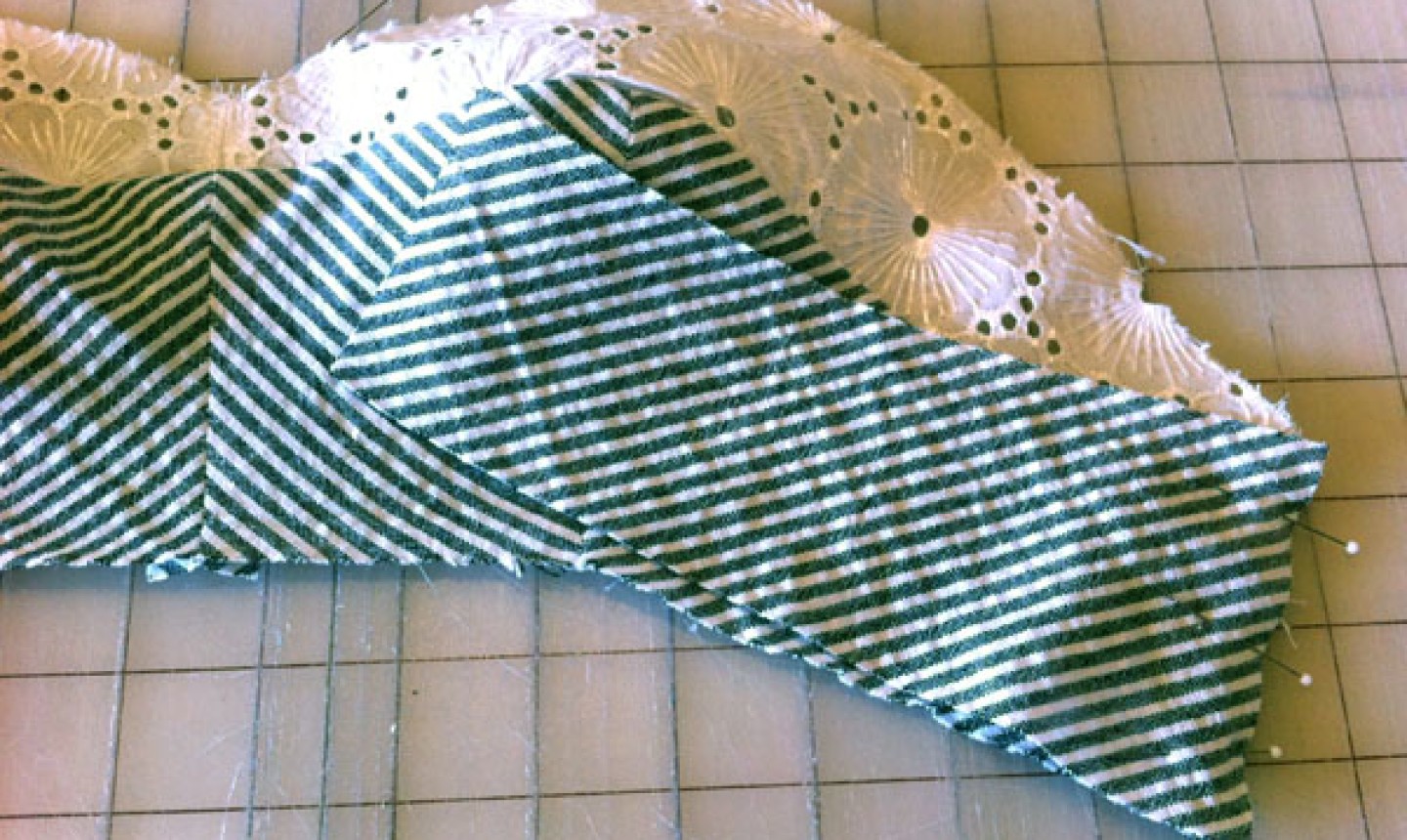 Place a band on one side of the front cup, right sides together, and stitch in place. Repeat on the opposite side. Finish these seams as you desire and press toward the side band. 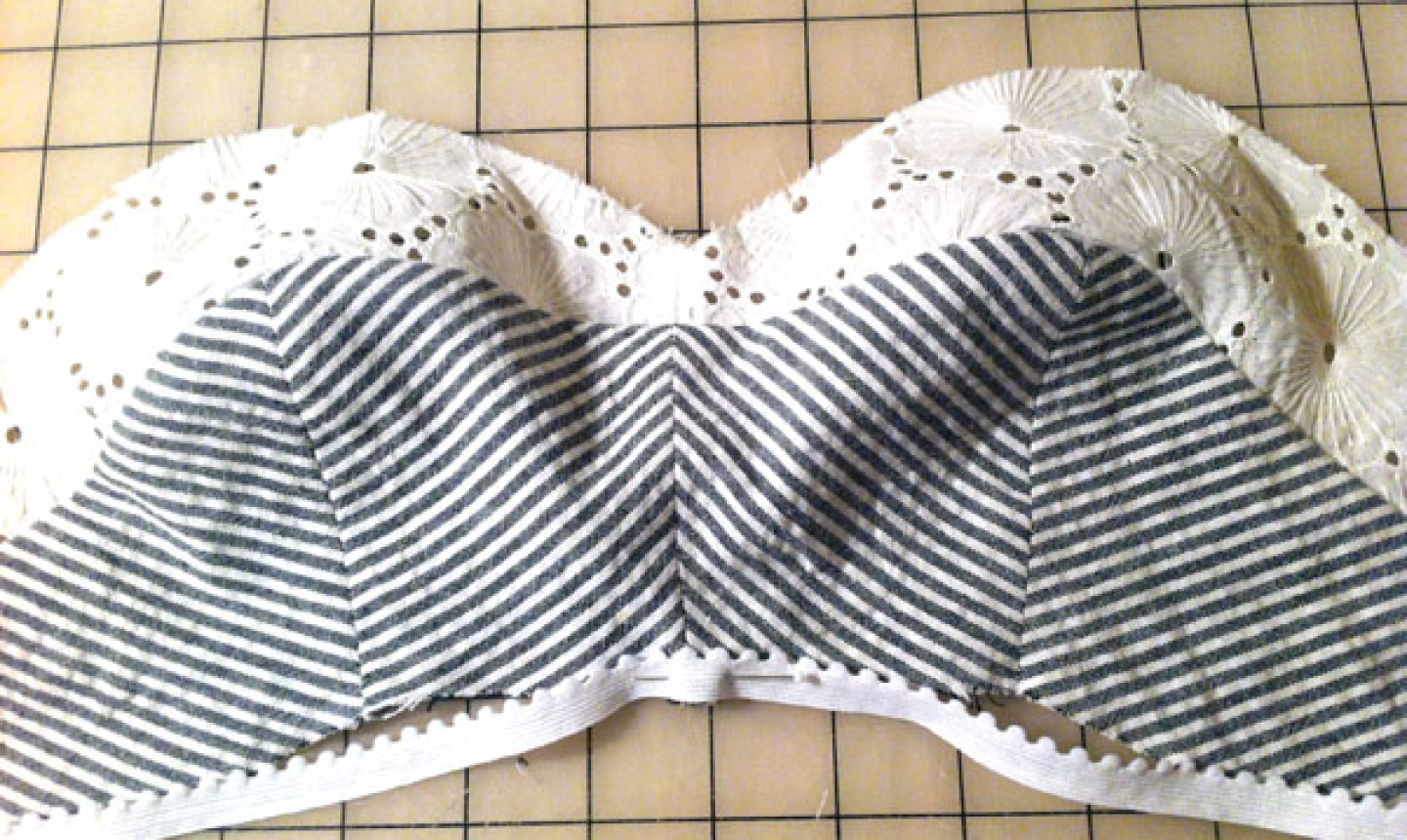 Cut the lower elastic about 1-2” shorter than the lower edge of the bra.

Pro Tip: The level of snugness is a personal choice, and the elastic can be cut shorter or longer than suggested. The shorter it is, the more the fabric will gather and the tighter it will fit against the body. 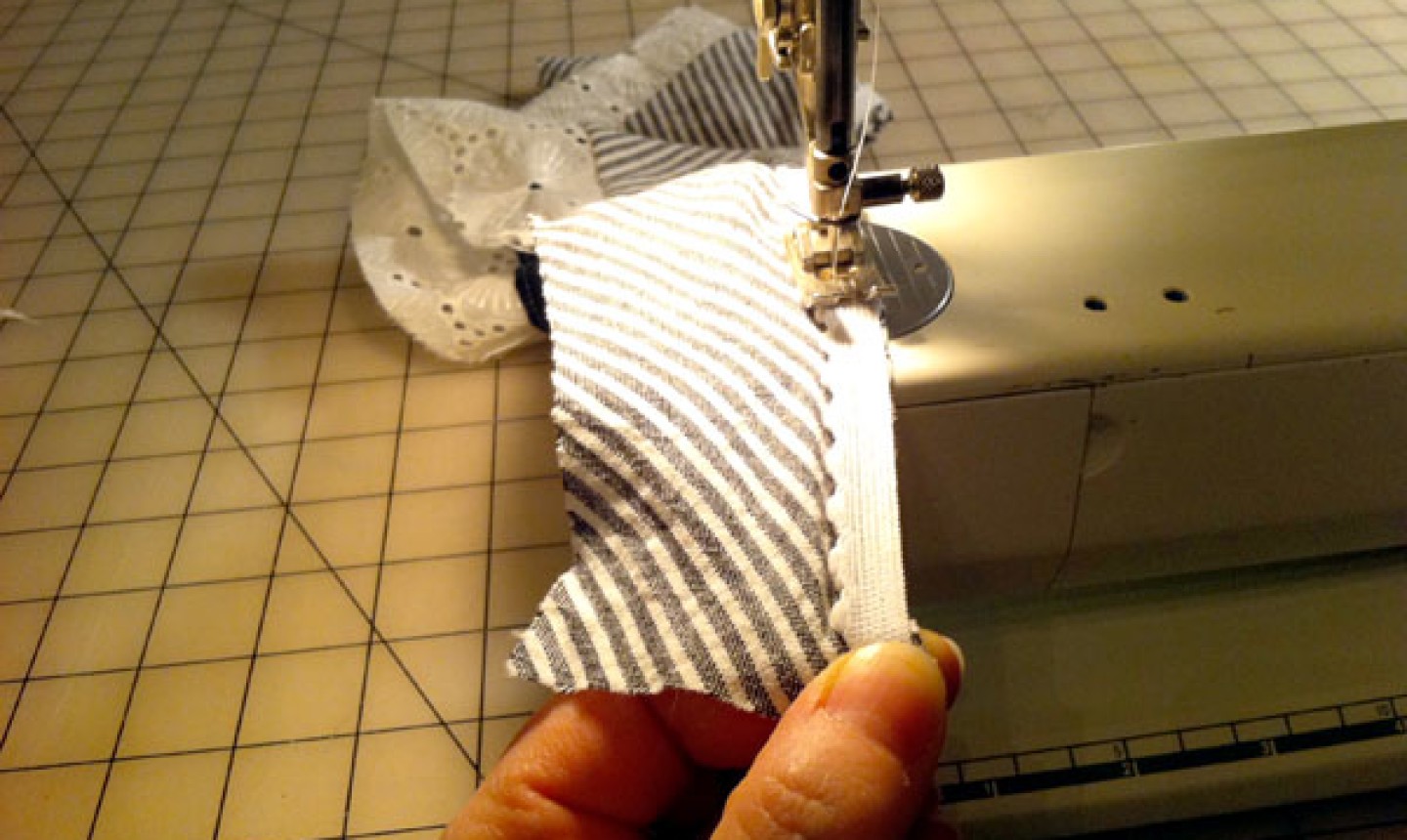 Sew the elastic to the bottom edge, stretching it to fit as you go. Keep the lower edges aligned. The stitch should be a long and narrow zigzag stitch , placed near the top edge of the elastic. If your elastic has a trimmed edge, the stitching should be just underneath it. 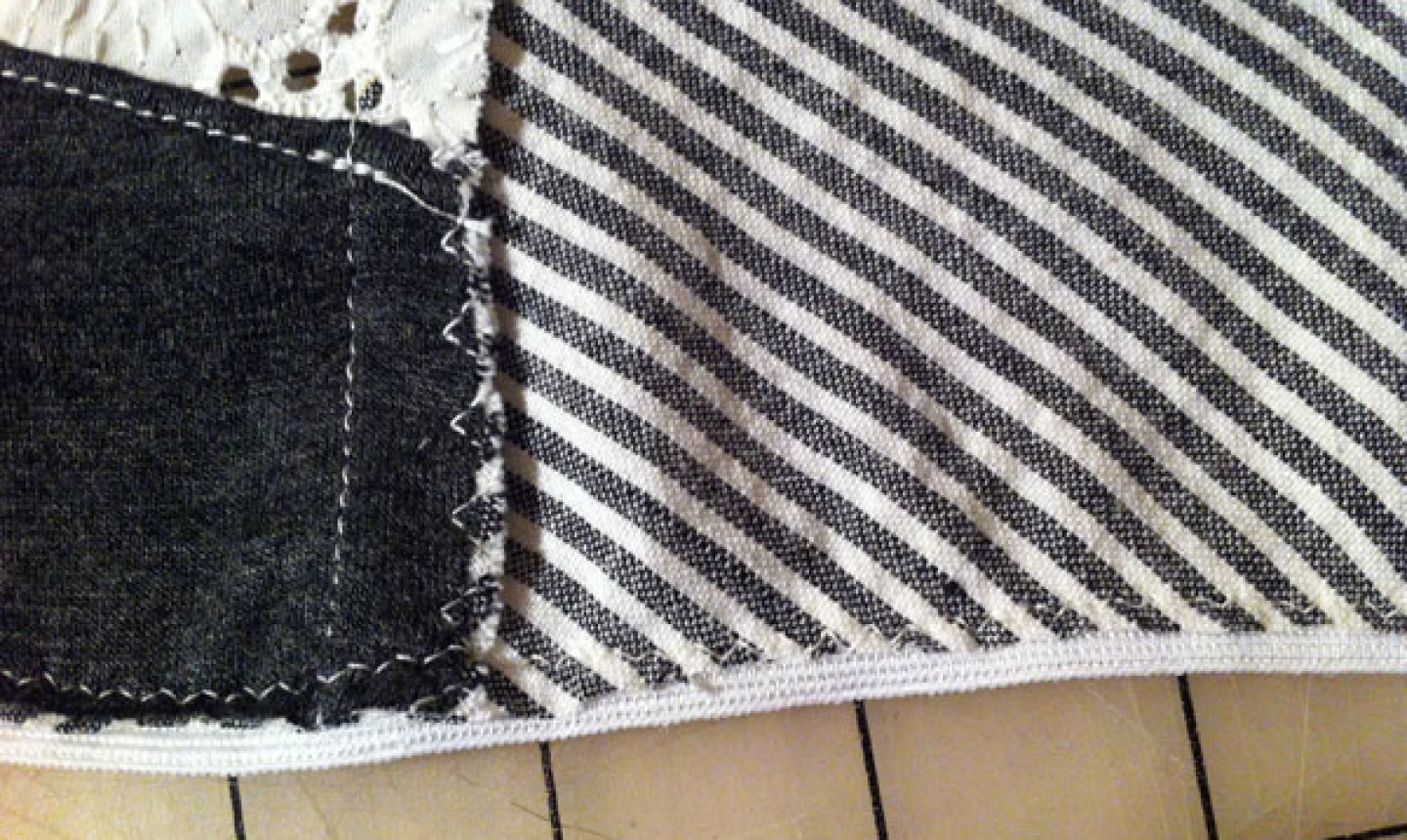 On the inside of the bra, trim the seam allowance along the elastic down to about ⅛”. 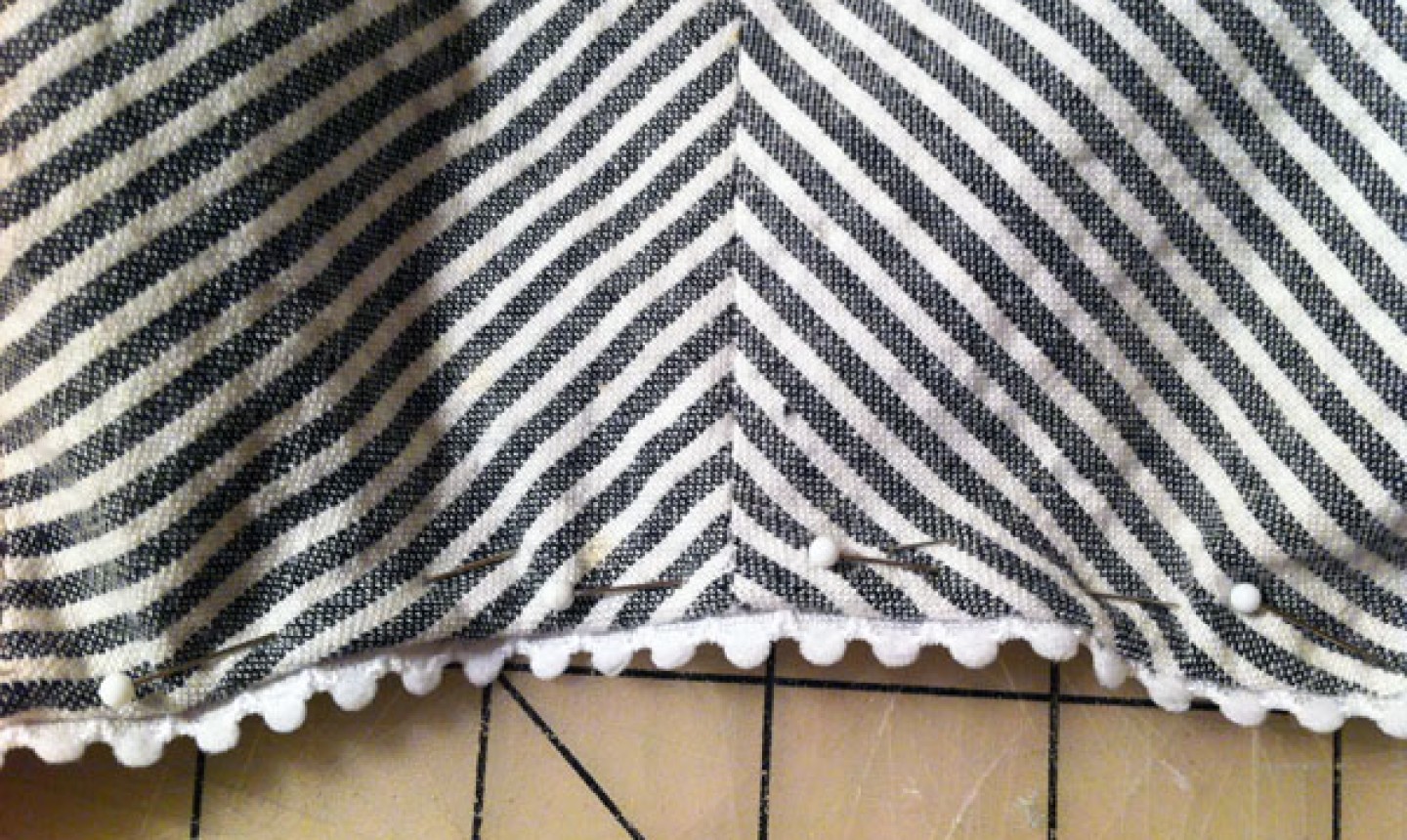 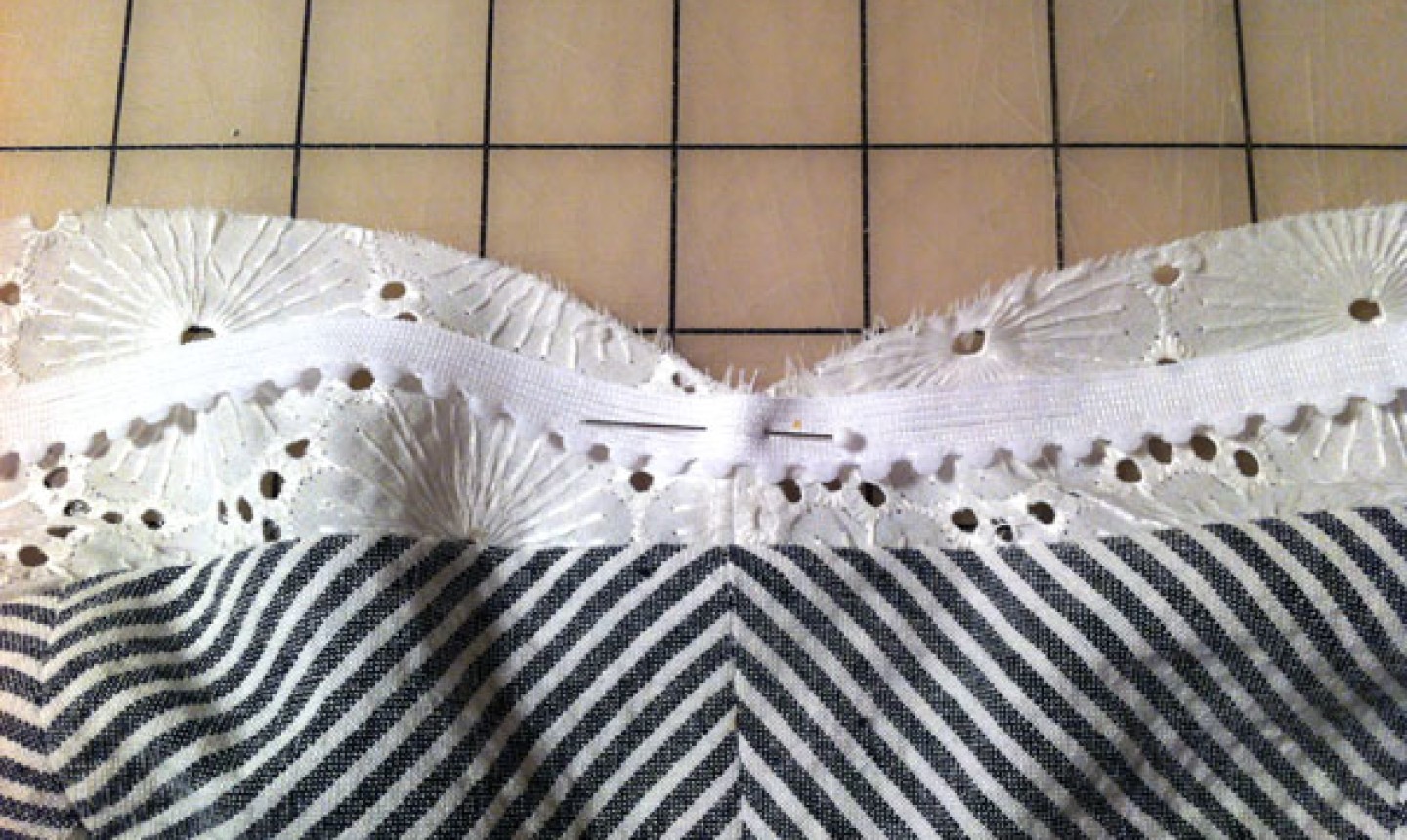 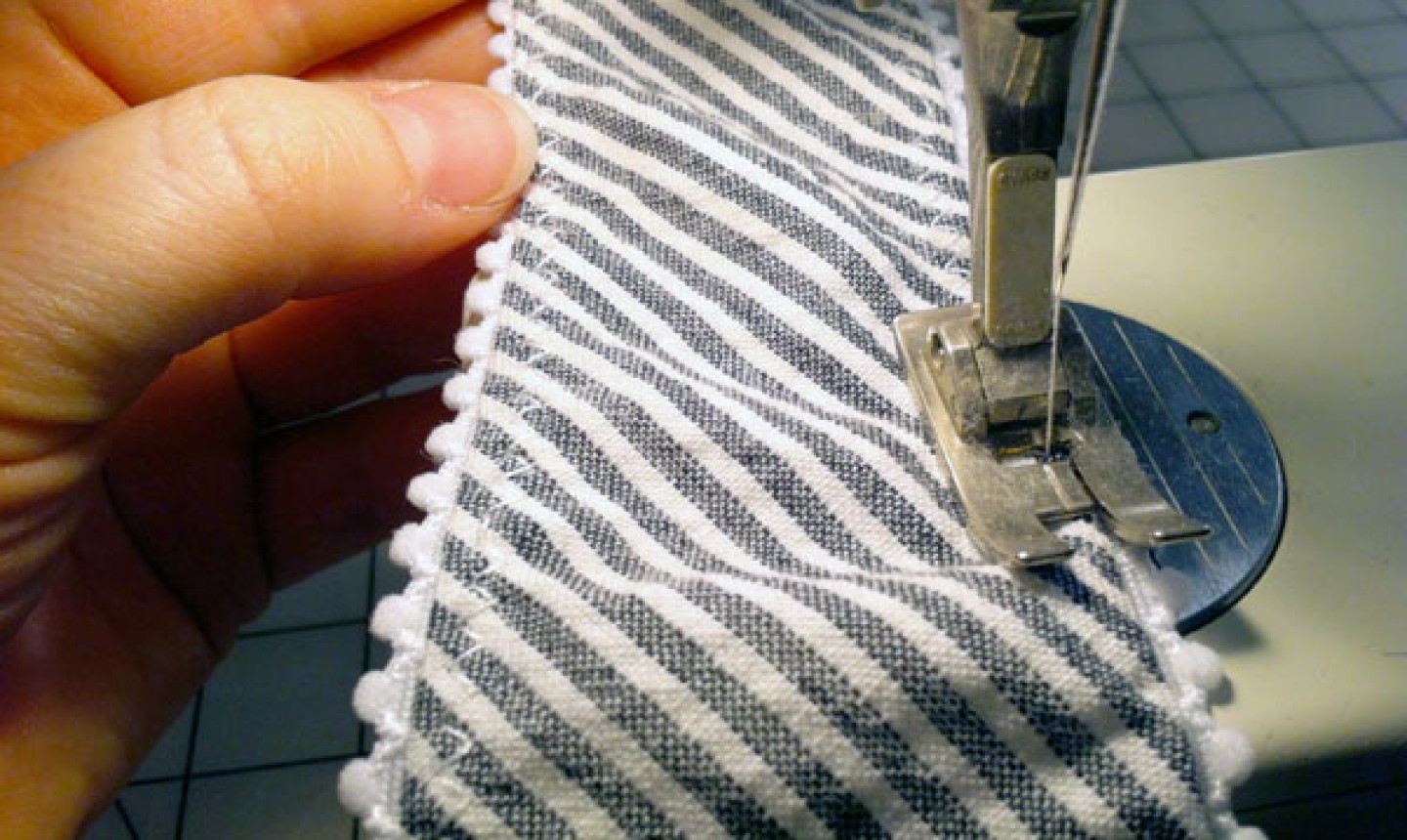 Fold the elastic to the inside and pin in place. Stitch as you did before. 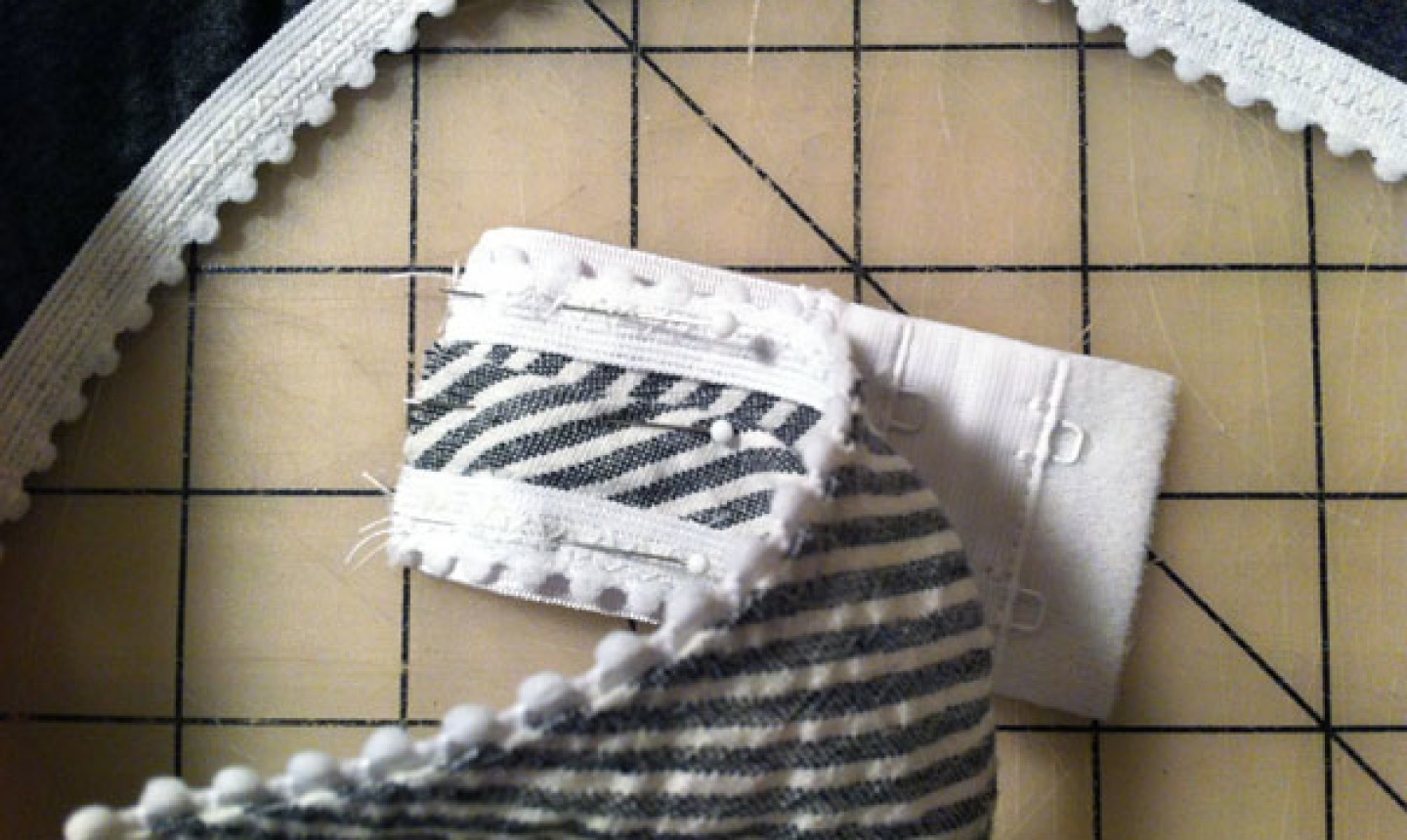 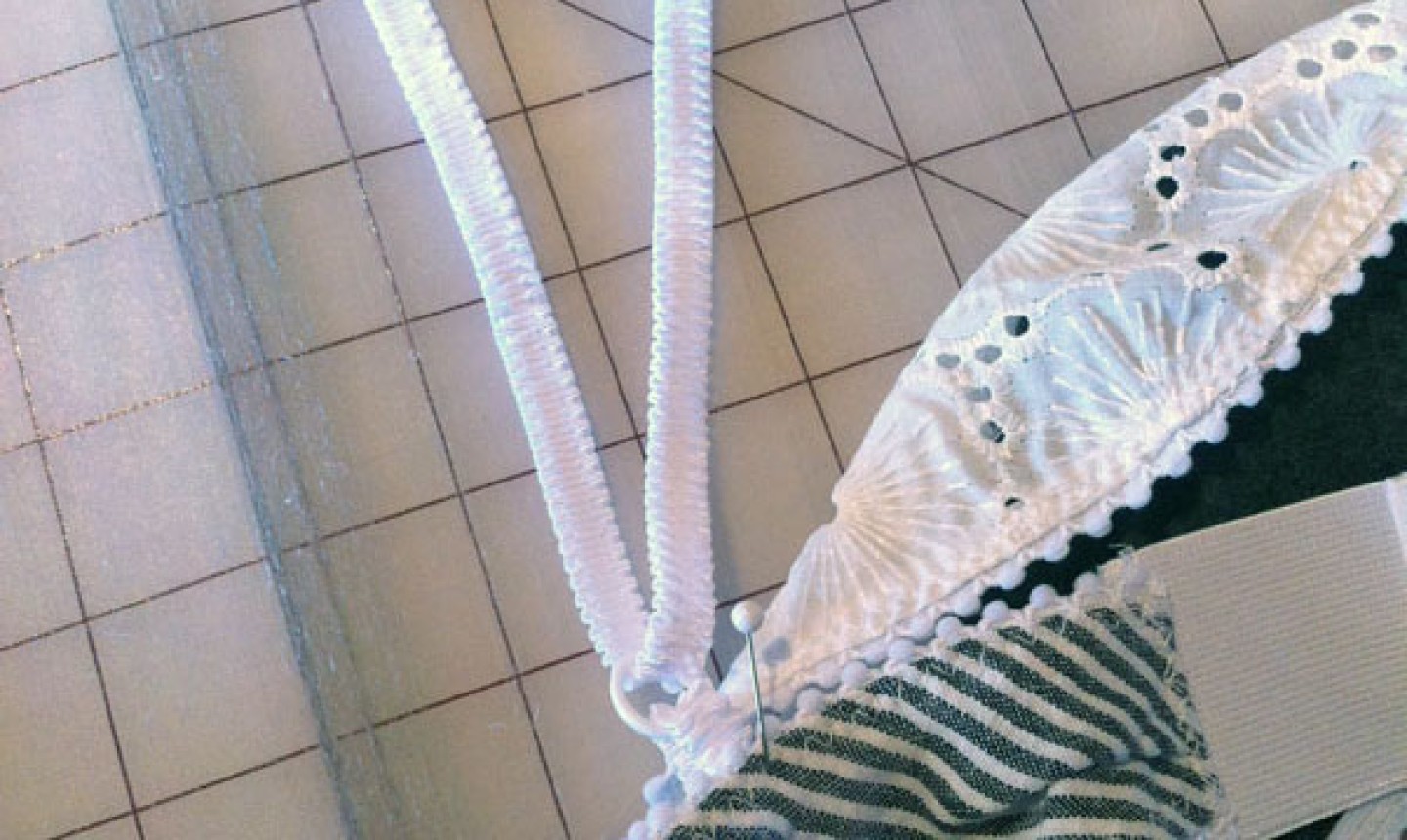 Cut the elastic for your straps as instructed, two 2” pieces and two 20” pieces. This can be a different elastic or the same you used on the bra itself.

Pin the short end to the bra, on either the front or back, depending on where you want the ring to be. Wrap the short piece around the ring and sew it to the bra. Repeat with the other short piece. Feed the long piece through the same ring. 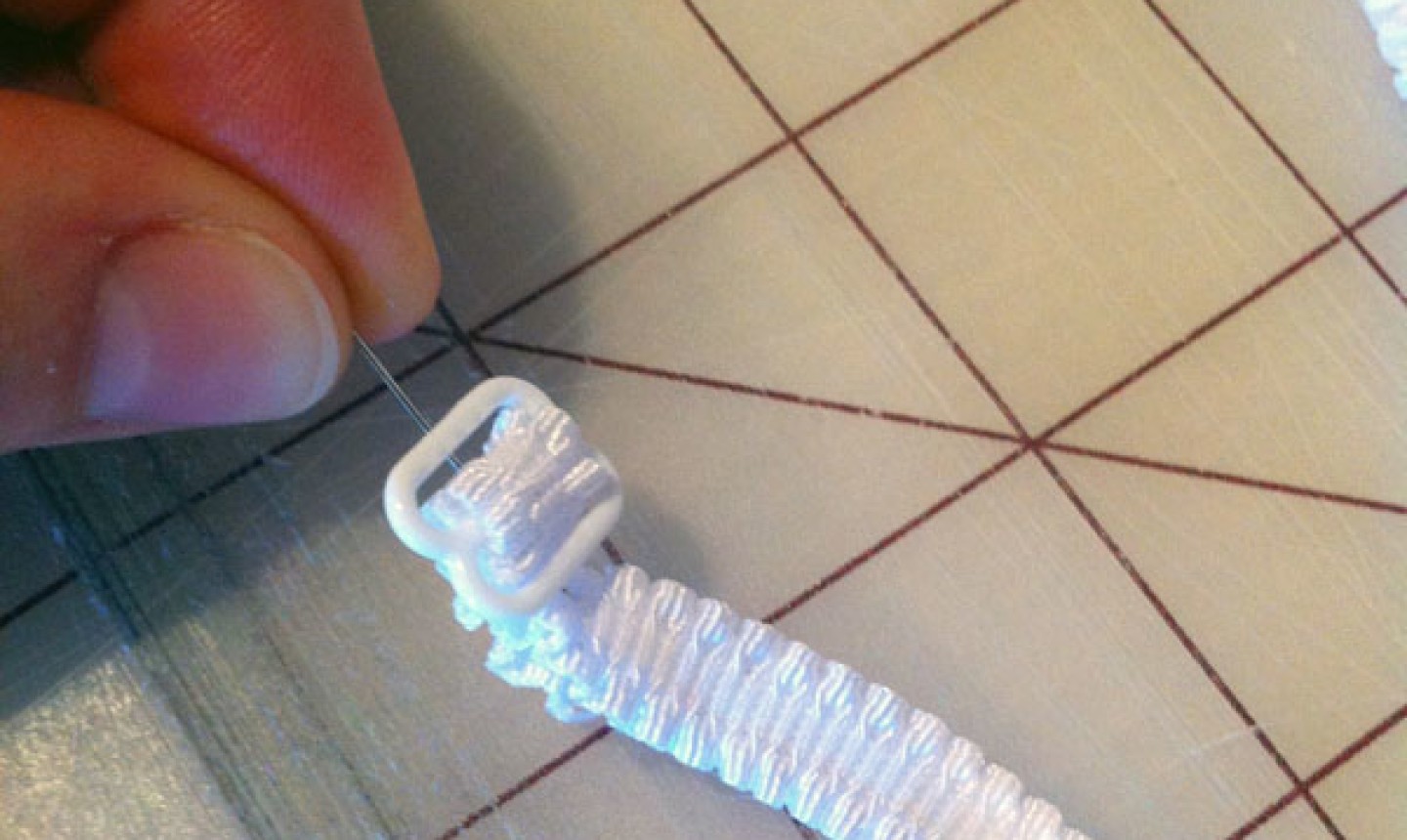 Take the other end of the elastic and feed it through the same adjustable hardware. Pin the end to the front of the bra and stitch in place with a zigzag stitch. Repeat the stitching on the other side.

Pro Tip: It’s a good idea to try the bra on before sewing the straps in place to ensure they’re placed in a comfortable position on your body. 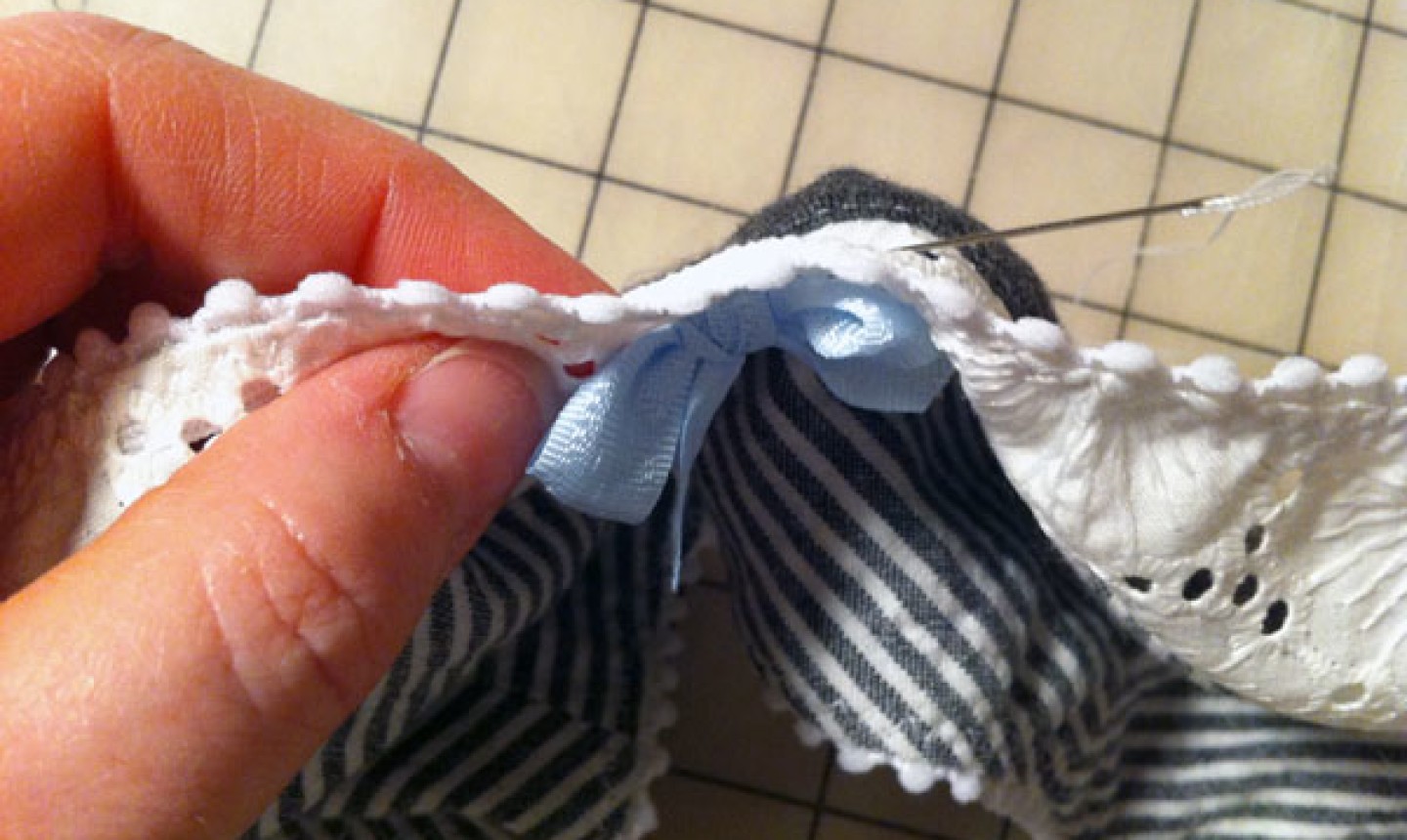 If you’d like a little flourish on the front of your bra, you can hand sew a rosette or bow to the center front. 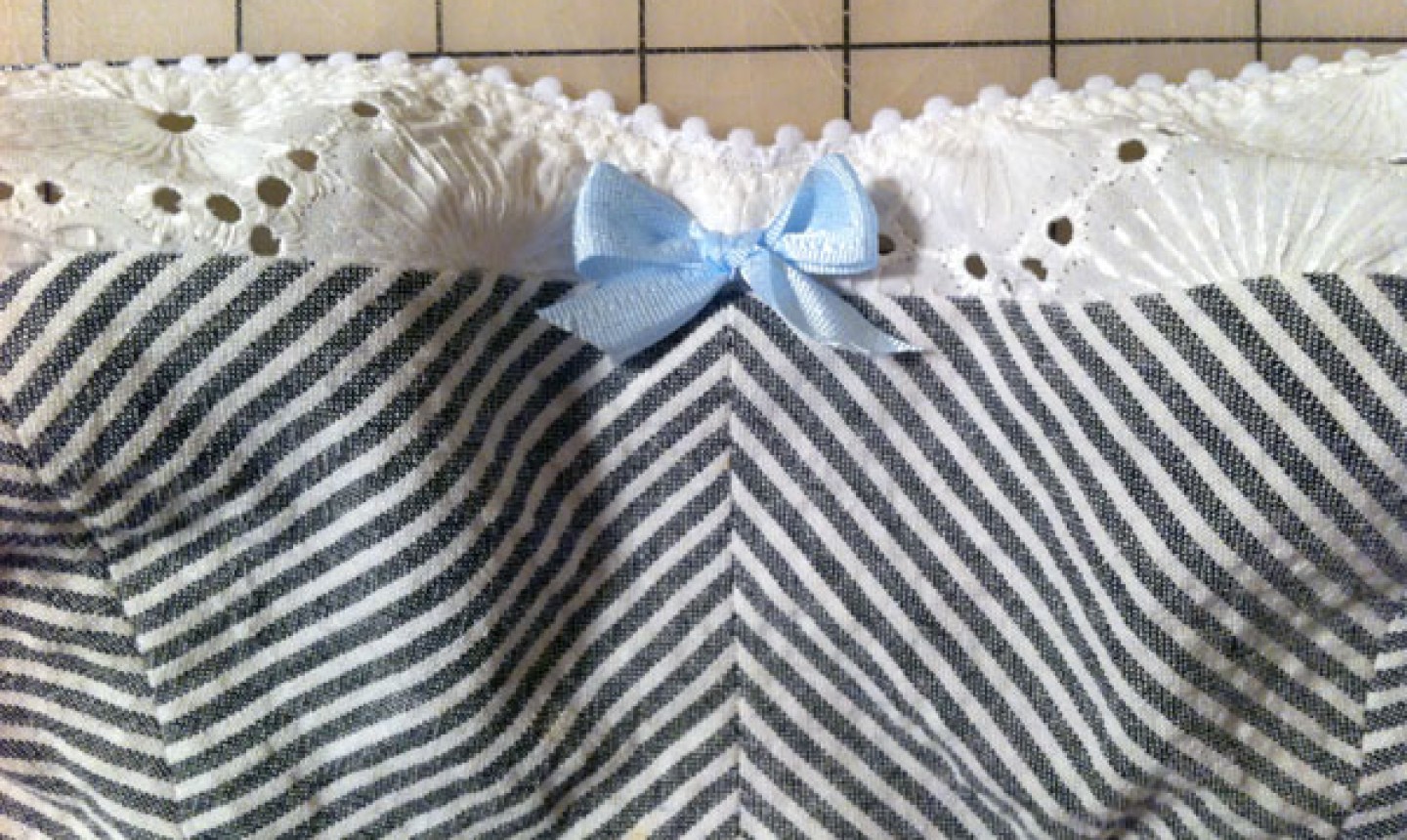