What do plums, fermented fish, soy beans, and chilies have in common? They are all key ingredients in classic Chinese food sauces. 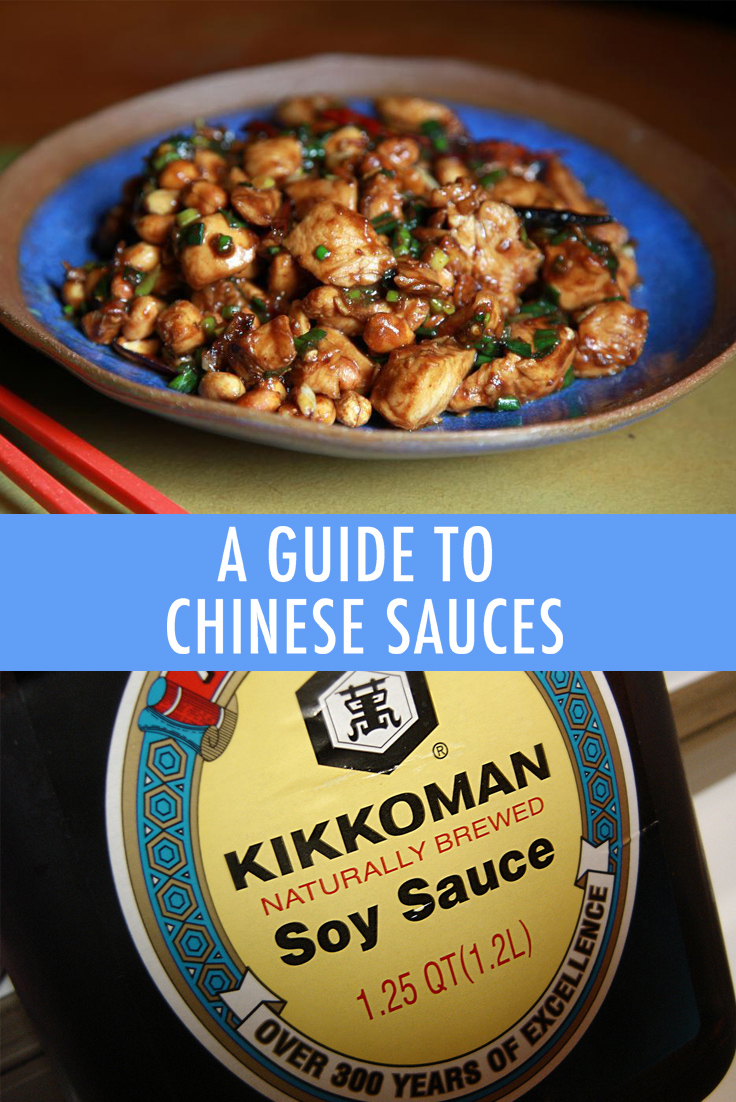 The wide array of Chinese sauces can be intimidating to the Western cook. For one thing, some of the sauces will come in bottles with foreign labels; this can make it hard to decipher what is in the sauce. Even if the label is in English, some of the flavor combinations might seem unusual to those new to Chinese cooking, making it hard to determine how it might be used in a recipe.

This guide is intended to remove the mystery from the world of Chinese sauces; we’ll not only explain what the sauces are, but also explain how they are used in cooking. 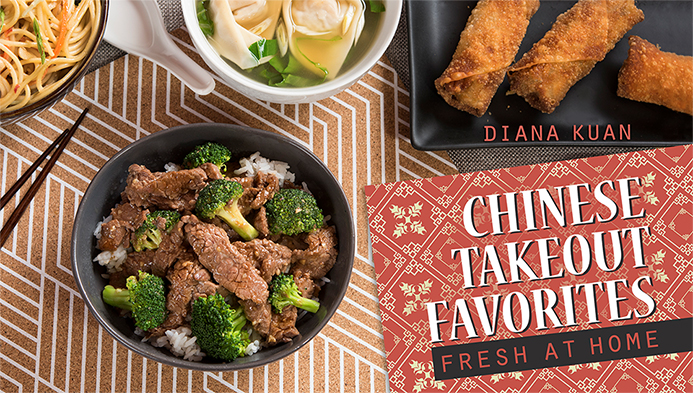 Create dishes that make the most of these sauces: check out the Craftsy course Chinese Takeout Favorites: Fresh at Home! In the course, instructor Diana Kuan will guide you through the process of recreating classic takeaway dishes, from egg rolls and wonton soup to classic stir-fry dishes like beef with broccoli, right in the comfort of your own home. This is fast, fresh food that you can feel good about eating and sharing with your family. 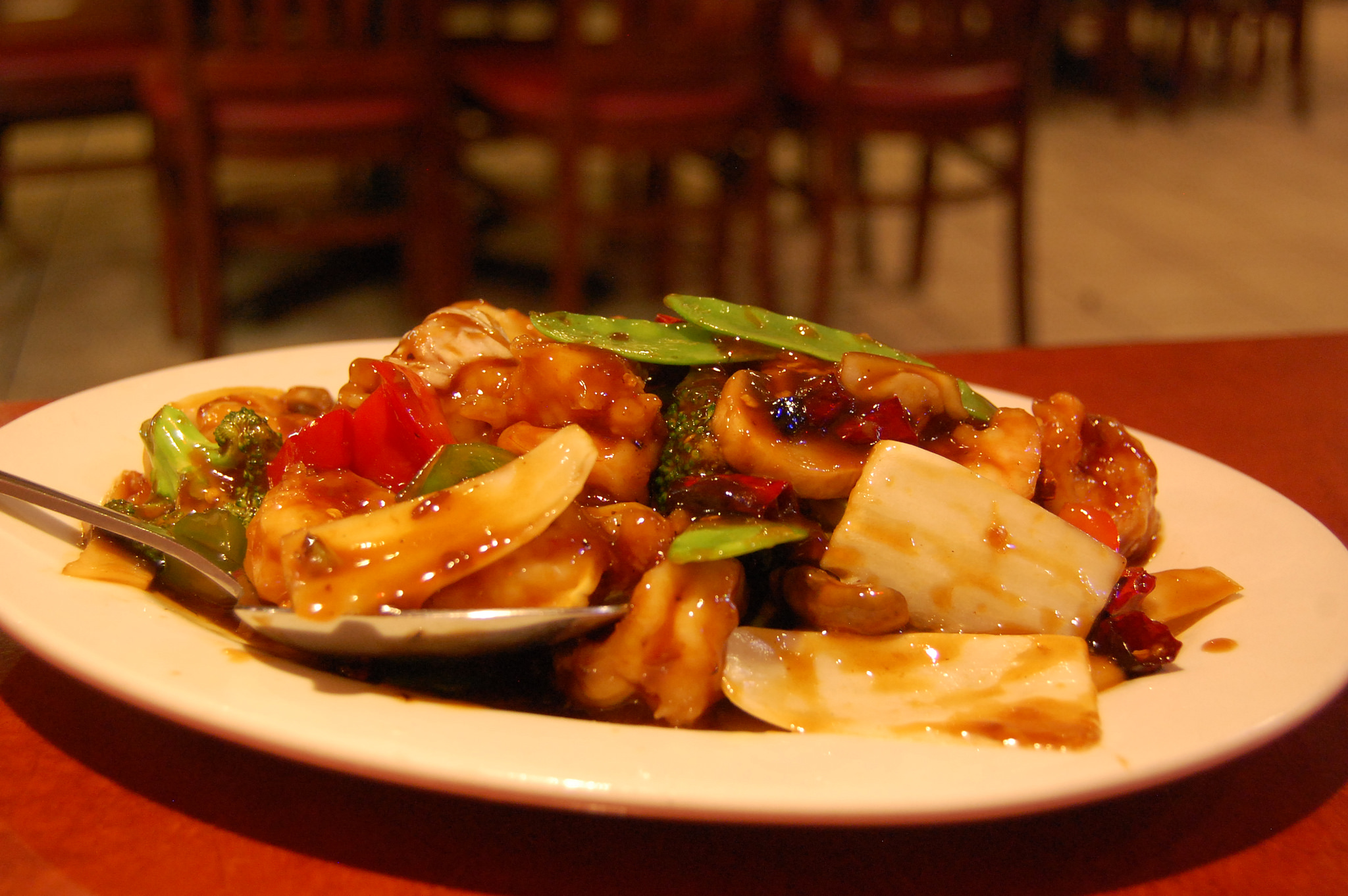 A rich, thick sauce made using fermented black beans, garlic, soy sauce, a touch of sugar, and various seasonings. It imparts a dark color and syrup-like texture (but savory flavor) in stir-fry dishes. With this sauce, you won’t need to add a whole lot of other flavoring. Black bean sauce works well with both meats and vegetables. 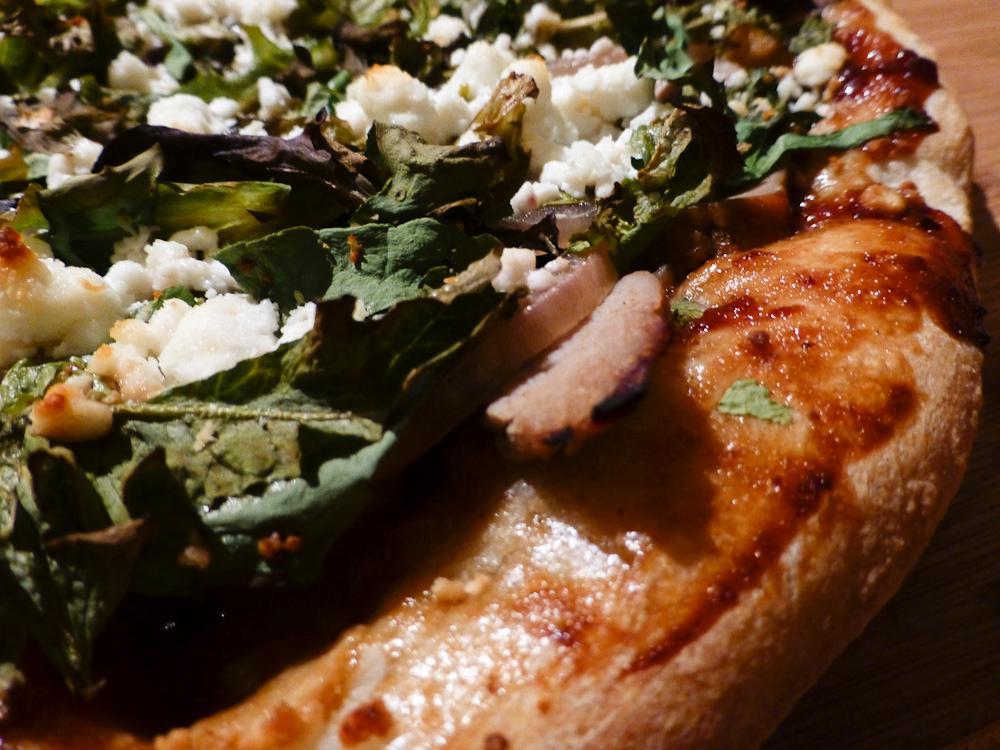 Those familiar with this sauce often call it “Chinese barbecue sauce”. A staple in Cantonese cooking, “char siu” translates as “fork roast” (this refers to the fact that meat is cooked with the sauce on skewers). Like American barbecue sauces, its composition can vary, but will typically involve a mixture of hoisin sauce, honey or sweetener, and Chinese five spice powder. It is most commonly used to generously slather pork which is then hung on skewers and roasted; during the roasting process, the sauce imparts a signature red hue on the meat. The pork can then be served as you’d like: in a stir-fry, as a main dish, or even on top of pizza, as featured in the photo above!

Spicy red chilies, garlic, soy sauce and oil are common ingredients in this sauce; sometimes beans are included, as well. Often, the ingredients are pureed for a smooth consistency which can vary in thickness from a sriracha-type sauce, or a thicker consistency for a more paste-like sauce. The sauce can be added to stir-fry dishes or to soups to add a bit of heat.

While it is called “duck sauce”, this sauce contains no duck, but it could be served alongside duck. Also referred to as “plum sauce”, it is made commonly made using sweet plums (though variations exist with other fruits instead of or in addition to plums, which will alter the color), which are combined with an ingredient list that might include salt, vinegar, ginger, and chili. The sauce is sort of sweet-tart, and makes a wonderful accompaniment to rich roasted meats, but is also ideal for dipping egg rolls or fried egg noodle chips.

While fish sauce is probably more famous in Thai or Vietnamese cooking, it can be used in Chinese cooking as well, and therefore bears mention on this list. Made using fermented fish (usually anchovies) and plenty of salt, the sauce is thin and watery, but packs a flavor punch. A little goes a long way in recipes, but fish sauce adds a certain umami to just about any to which it is added. It might be used as an ingredient in a salad dressing, stirred in to a stir-fry or soup, or could also be an ingredient in a dipping sauce. 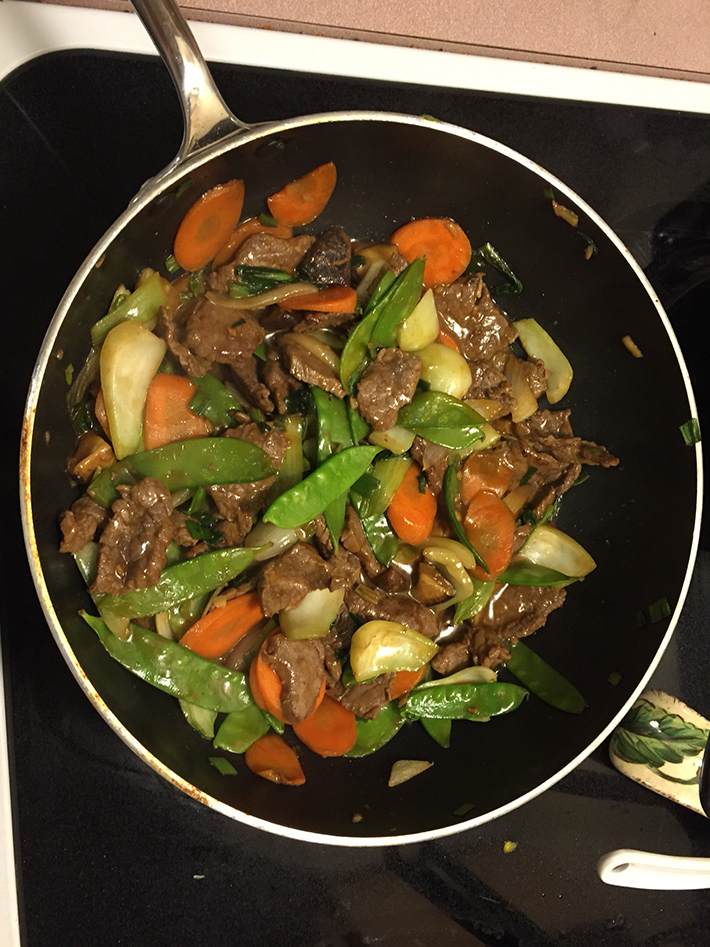 This is a molasses-thick, unique sauce which is spicy and sweet at once. Particularly popular in southern Chinese cuisine, hoisin sauce. While “hoisin” refers to seafood, there is no seafood in the sauce; it is made using soy beans, vinegar, sugar, garlic, starch, and various spices. The sauce is versatile in Chinese cooking, and can be used to brush on meats before grilling or roasting, it can be added to stir-fry dishes, seafood dishes, soups, or it can be used as a dipping sauce.

This sauce can vary quite widely depending on who is making it, but common components include soy sauce, chilies, garlic, sugar, and vinegar. The sauce is decidedly thicker than a soy sauce, but typically less thick than a hoisin sauce. Flavor-wise, it delivers on the promise its name offers: the sauce is spicy, but has a tangy flavor tone that differentiates it from being just a hot sauce. This sauce is frequently used in soup bases, and is often a component of stir-fry dishes. 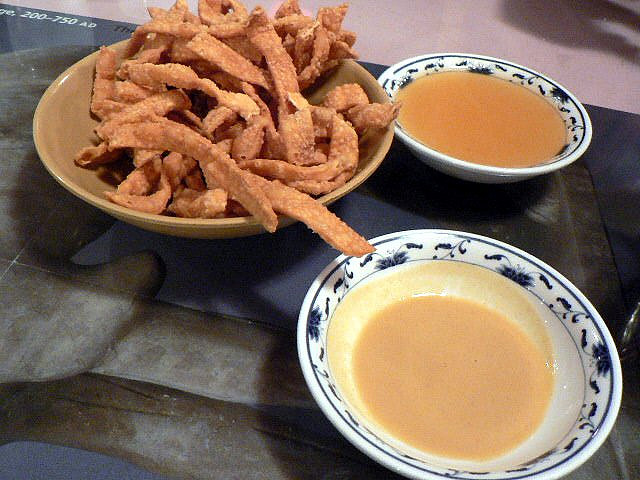 It may look like the mild yellow mustard that you’d put on a hot dog, but watch out: Chinese mustard sauce is decidedly spicy. It’s also so incredibly simple that anyone can make it at home: all you need is spicy mustard powder, water, and maybe some salt or pepper. This sauce can be used in stir-fry dishes, but is often served as a condiment on the side, for seasoning to taste or as a sort of topping / dip.

Based on the name, you might think that oyster sauce is similar to fish sauce. Nope. Oyster sauce is far thicker, and far sweeter. Made using oysters, soy sauce, and sugar, the mixture is thickened with starch, so that it attains a sort of viscous, ketchup-like consistency (but with a far different flavor than ketchup). The sauce can be used to brush meats before cooking, or it can be added to stir-fry dishes.

This sauce is fun to say, and delicious to eat. Made from soybeans, aromatics such as garlic and shallots, and fish and/or dried shrimp, this sauce has a compelling flavor which is savory and a touch spicy. It can be used to brush meat before grilling or roasting, as a component of a soup base or stir-fry dish, or it may be served as a dipping sauce (or used as an ingredient in a dipping sauce). 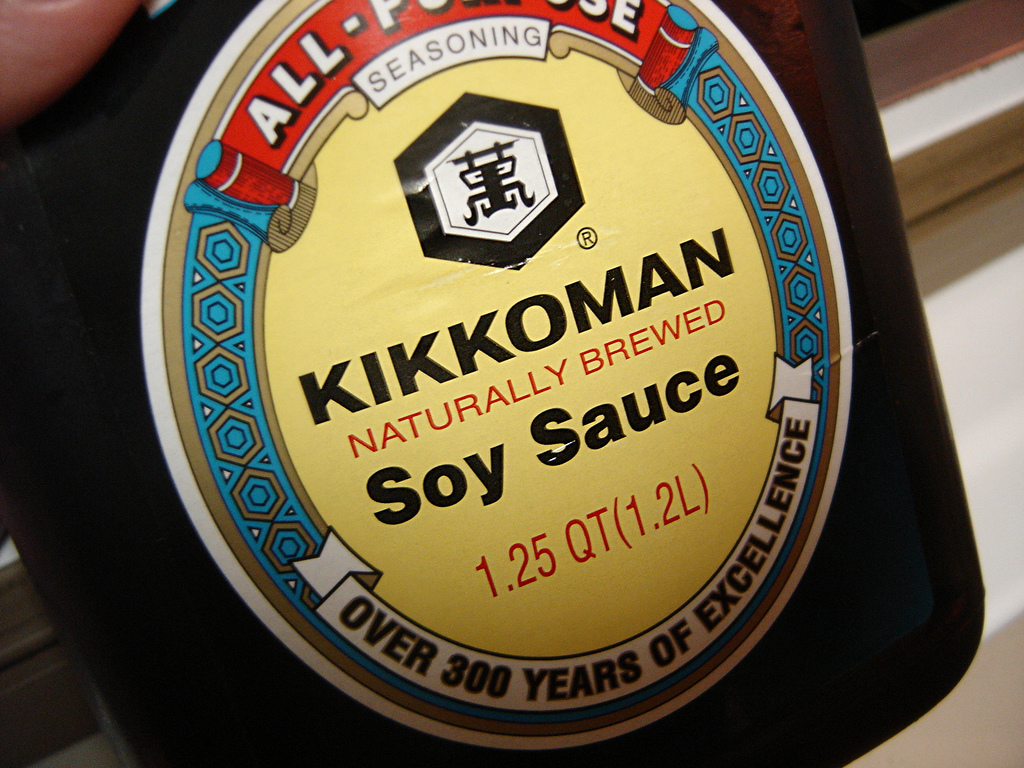 Soy sauce probably the most widely known of all Chinese sauces. Made from fermented soybeans, it has a rich, salty flavor, a dark brown color, and a liquid consistency. It is ubiquitous in Chinese cooking, and is used in soups in stir fry dishes. It is also a component of many of the other sauces on this list. It is used in recipes, but the sauce is also often on the table as a condiment, where it can be used to season dishes, or as a dipping sauce. 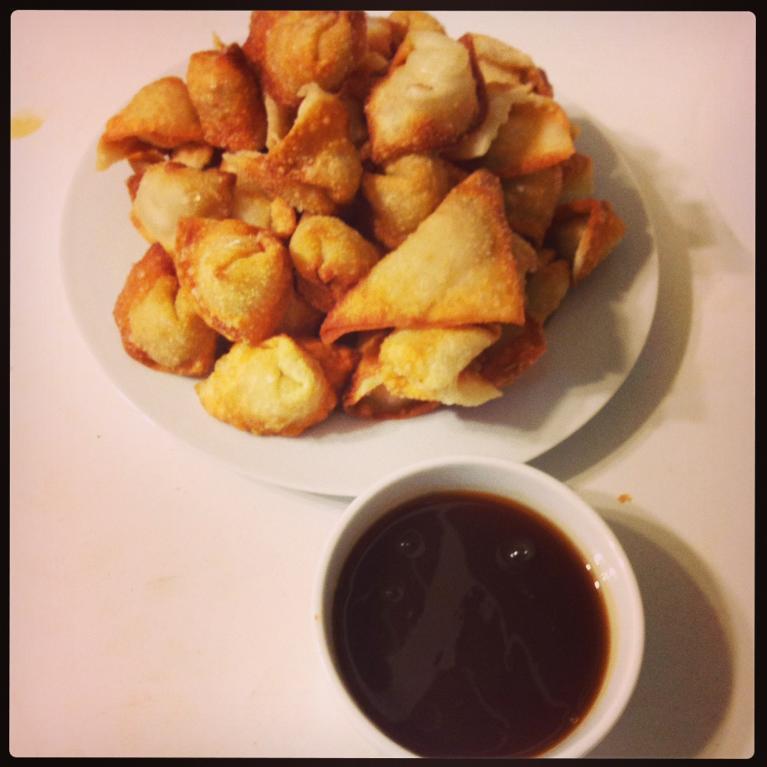 Fried wontons with homemade sweet and sour sauce via showandtellmeg

Sweet and sour sauce is well-known, but can vary widely in terms of its composition. In Chinese cookery, an ingredient list might contain onion, garlic, ginger, fruit, vinegar, soy sauce, sugar, and starch. Typically, it is characterized by its unique flavor, which is sweet and tangy at the same time. It imparts a fantastic flavor on meat and vegetables, and also works well as a dipping sauce. 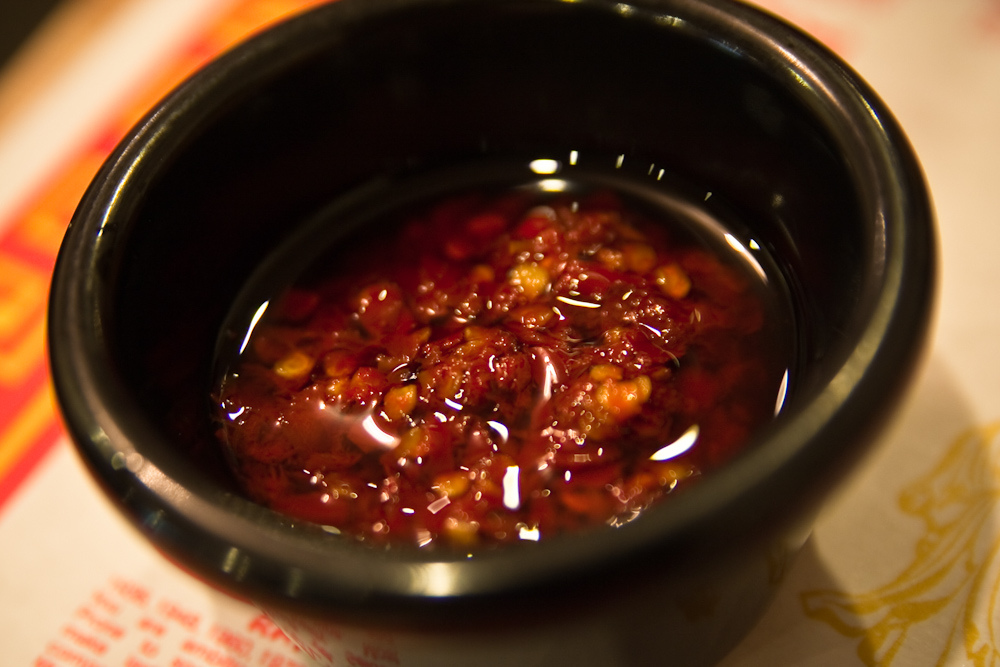 Which of these Chinese sauces is your favorite?

Master egg rolls from scratch, satisfying noodles, wonton soup and more in these HD video lessons you can watch whenever, wherever you wish. Enroll Now »

3 Responses to “Get Sauced: A Guide to Chinese Sauces”