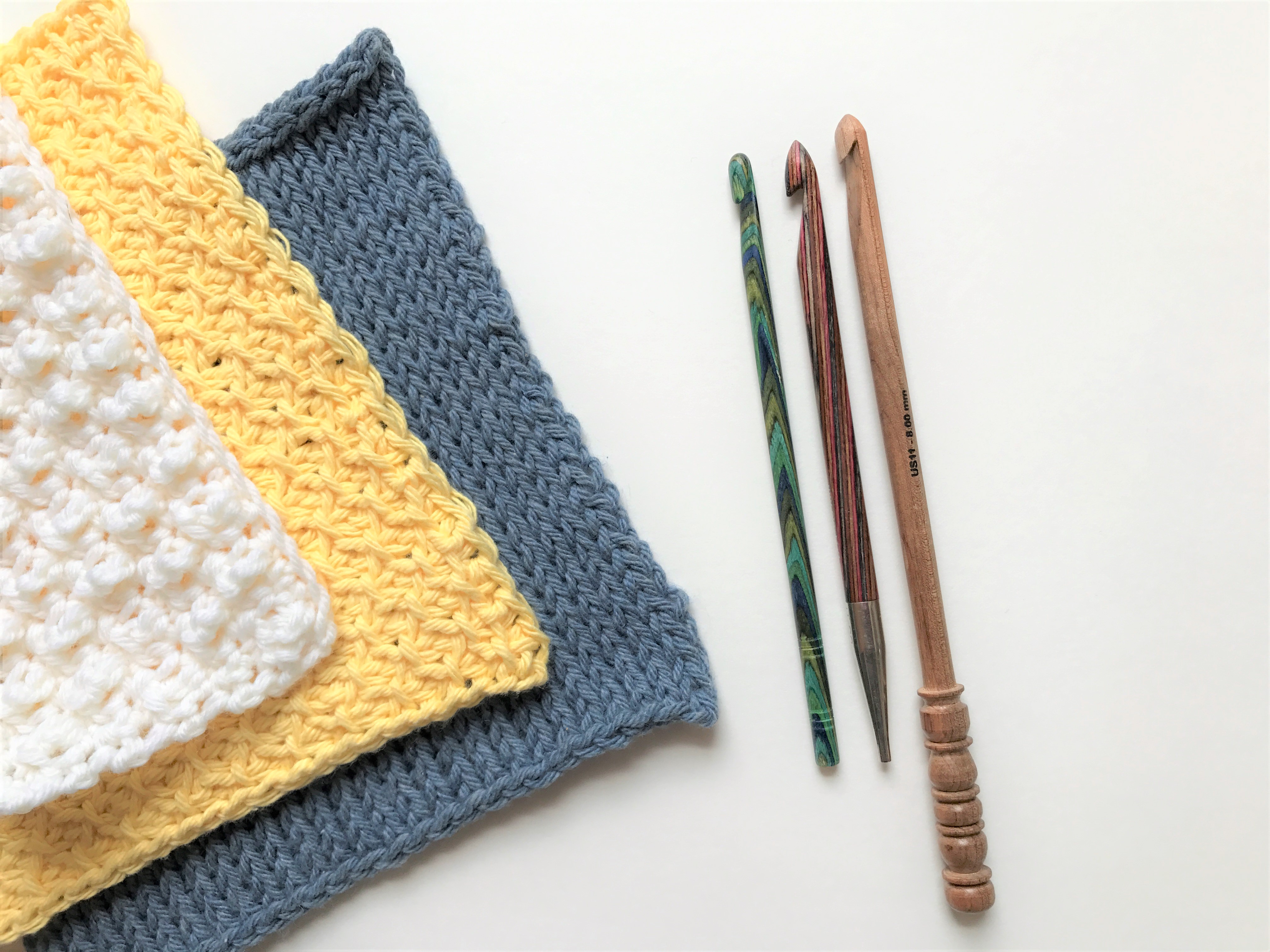 For those learning Tunisian crochet, the difference in the tools is obvious.

Traditional crochet uses a hook that is typically about 6″ long. There’s a hook on one end, and the other end is straight. The hooks can be made of a variety of materials — such as aluminum, wood or plastic — and sometimes have an ergonomic handle.

Tunisian crochet, however, is 11″ to 14″ long. It has no thumb rest but has a knob on the end to prevent stitches from falling off. It is smooth from the shaft through the handle and resembles a knitting needle with a crochet hook head instead of a point.

Once you’ve finally made sense of the hooks, it’s time to tackle the actual construction of Tunisian crochet.

In traditional crochet, you handle stitches one at a time. Typically only one stitch is “live.” In other words, for most patterns, one stitch is completed before the next stitch is made. At the end of a row, you turn the work, make a series of chains, and continue the pattern down the row.

In Tunisian crochet, however, stitches are worked onto the hook during the forward pass, then worked off of the hook for the return pass. On top of that, Tunisian crochet is always worked on the front side, or right side, of the project. Working the forward pass feels a lot like knitting, as stitches accumulate on the hook. Once you complete the return pass, the stitches are considered “live” until you work them with more stitches or bind off.

Unlike knitting, the Tunisian stitches do not ultimately support the stitches below them. If you drop a stitch in Tunisian crochet, you can can easily recover it or rip out just one row to fix it. 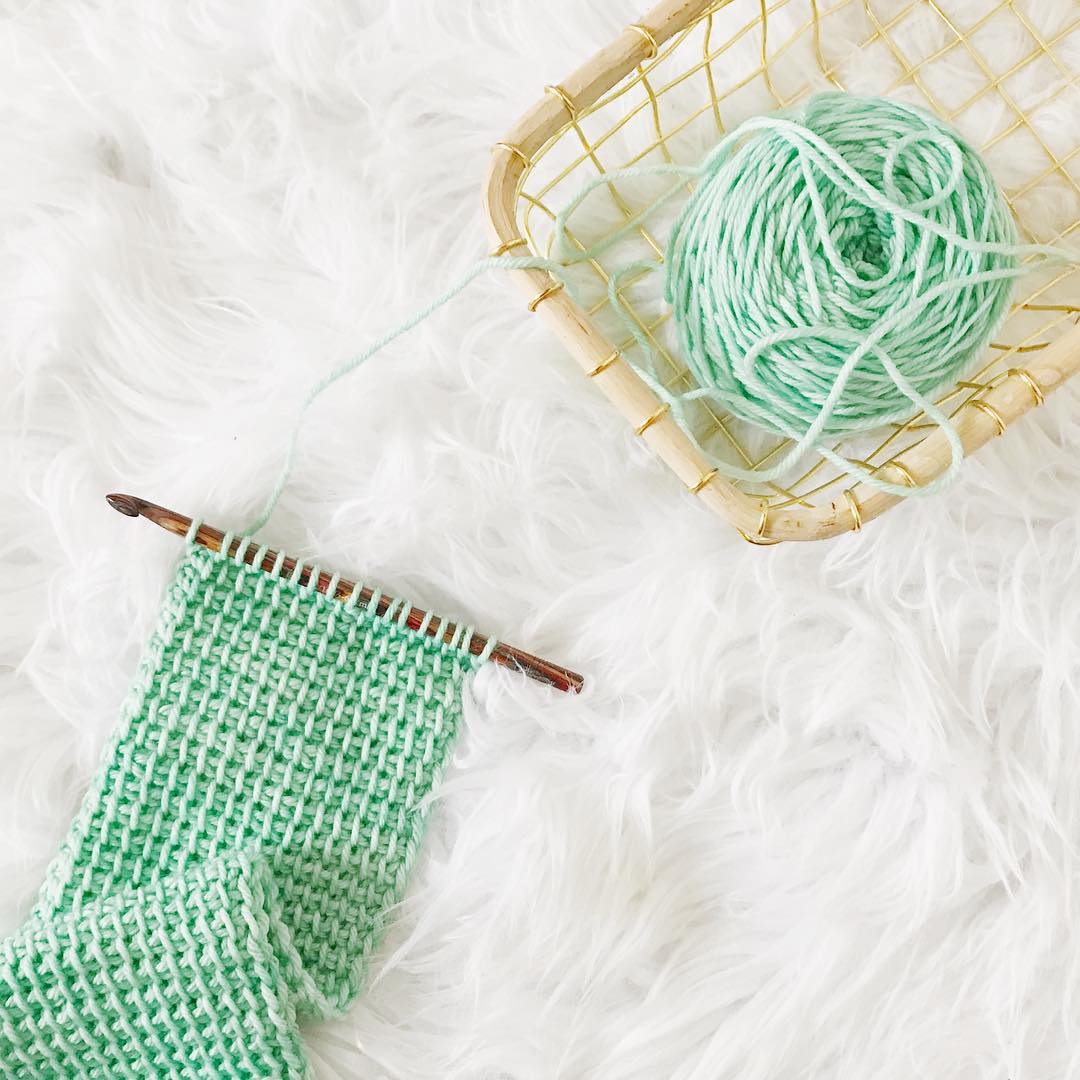 If you made a Tunisian crochet swatch and a traditional crochet swatch from the same yarn and same size hook, you’d notice several obvious differences: 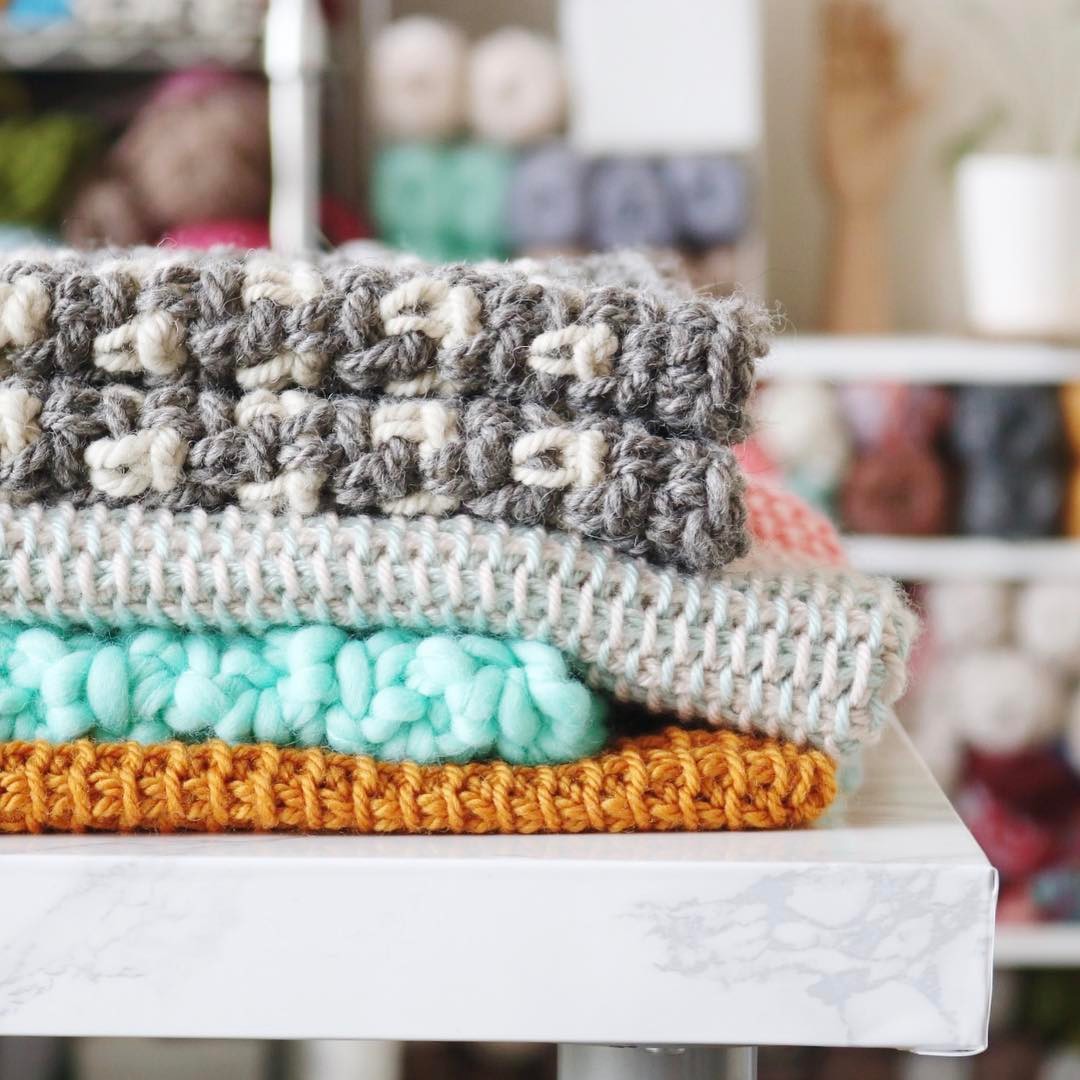 There is always the dreaded curl that all beginners have to contend with. Consider the Tunisian simple stitch (Tss), which can be compared to the traditional single crochet.

The Tunisian simple stitch is made by pulling up loops in the front vertical bars on the front side of the work. This tension, row after row, causes the edges of the work to curl forward, which can be very frustrating for crocheters. For the most part, traditional crochet has minimal curling and can be easily relaxed with some steam blocking. Tunisian crochet often has to be blocked more aggressively to keep the curl at bay.

As different as they are, Tunisian crochet and traditional crochet are more complements than competitors. The 400+ stitches available in Tunisian crochet broaden the scope when it comes to crochet design and the learning curve from one craft to the next is nearly nonexistent.

Have you given Tunisian crochet a try? How would you compare it to traditional crochet?

5 Responses to “Tunisian Crochet vs. Traditional Crochet: What’s the Difference?”