The biggest difference in three-point perspective is that there are three vanishing points (VPs). Two are along the horizon, just like two-point, but the third VP is located either above the horizon (at the zenith) or below the horizon (the nadir), depending on the area you intend to draw. 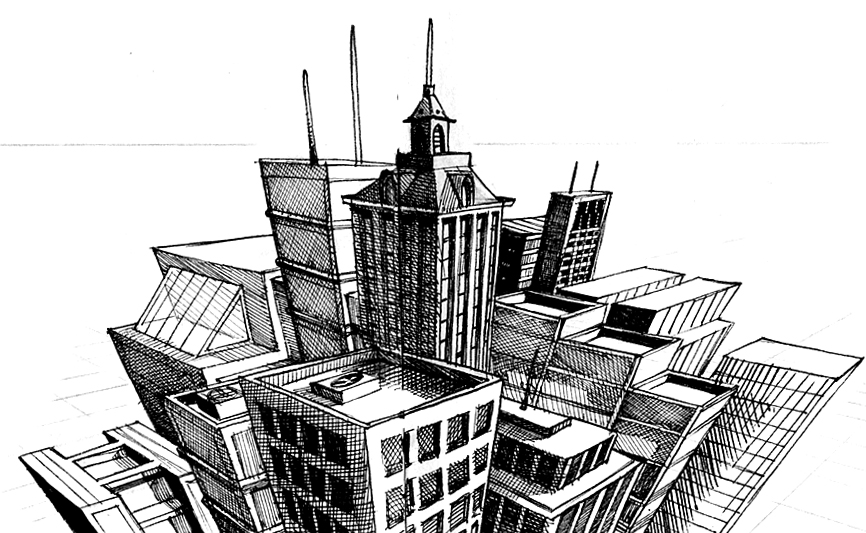 The three vanishing points make up a triangle, with the viewer’s center of vision roughly in the middle. 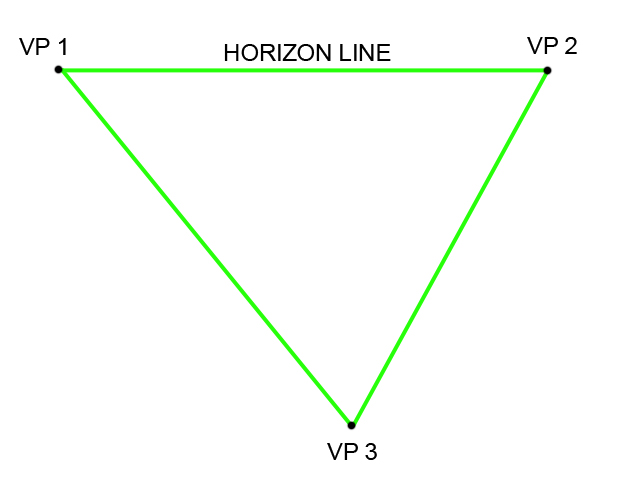 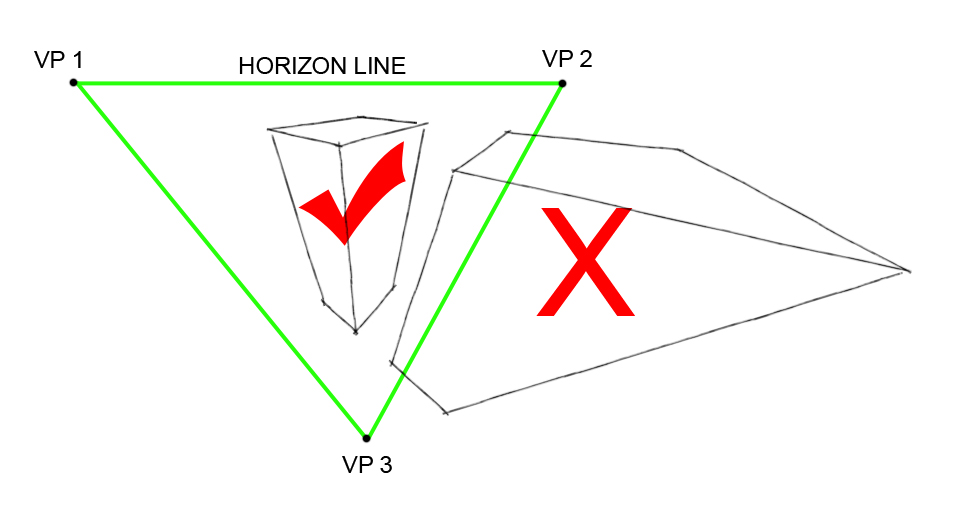 To begin, draw a line anywhere you’d like within the triangle toward VP3. It doesn’t have to be vertical. You can make this line any length as well. It can end before it reaches VP3 so long as it will end up there if extended. 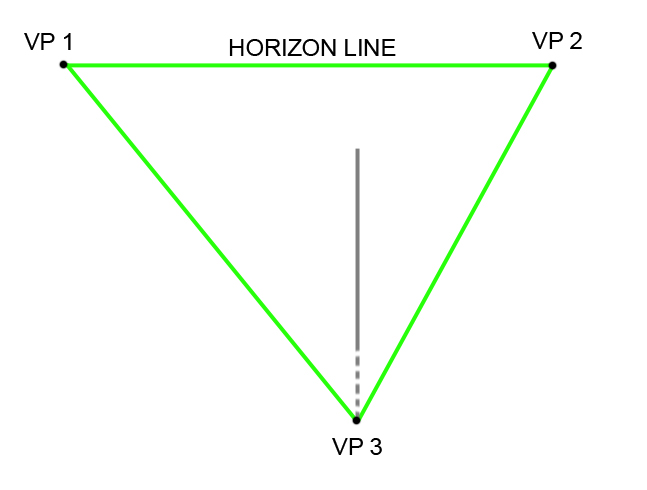 Draw lines from both ends of this line toward both of the horizon VPs, just as you would in a two-point perspective drawing. 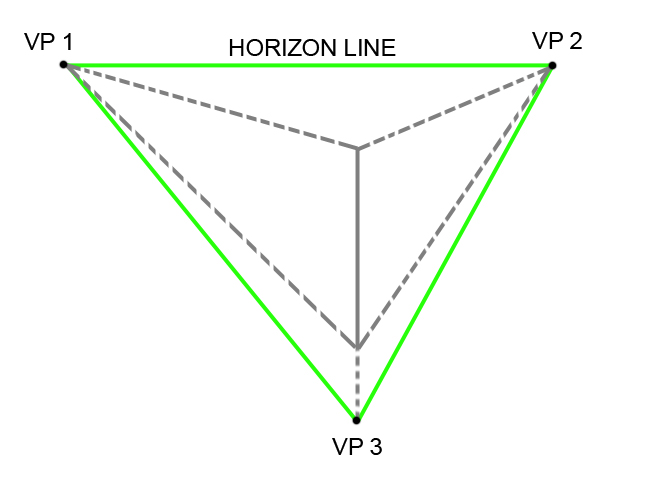 To determine where your shape ends in space, draw lines from VP3 through both sets of lines receding toward the two horizon VPs. 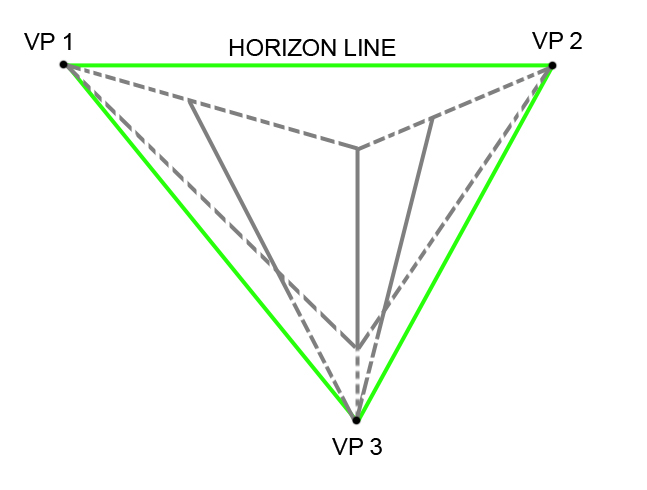 Draw lines from the back corners toward the opposite horizon VPs and you’ve completed a simple shape in three-point perspective. You can erase any construction lines as needed. 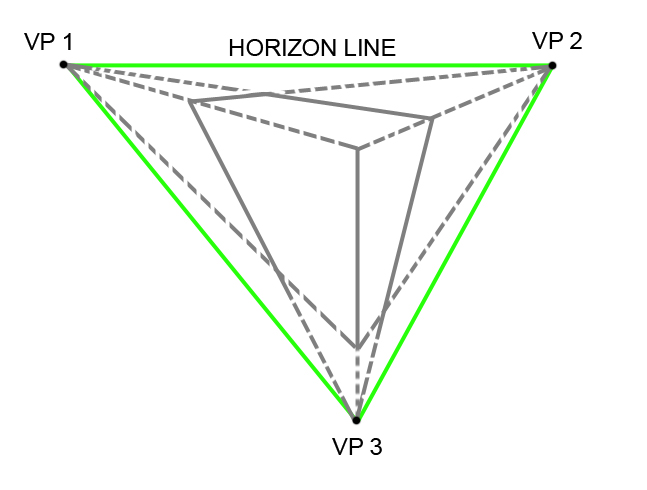 From there, it’s easy to explore making more complicated shapes, so long as you remember that all lines should recede toward one of the three VPs. 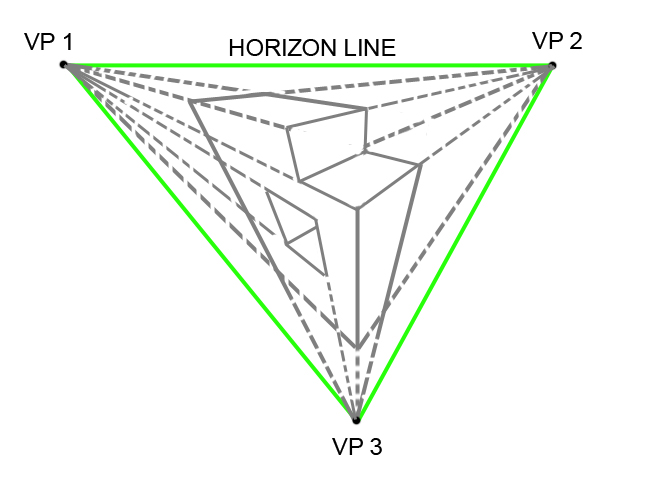 Tip: By constructing your vanishing points outside your picture plane, you can easily avoid the problem of accidentally drawing outside the triangle.

There are a few ways to do this: 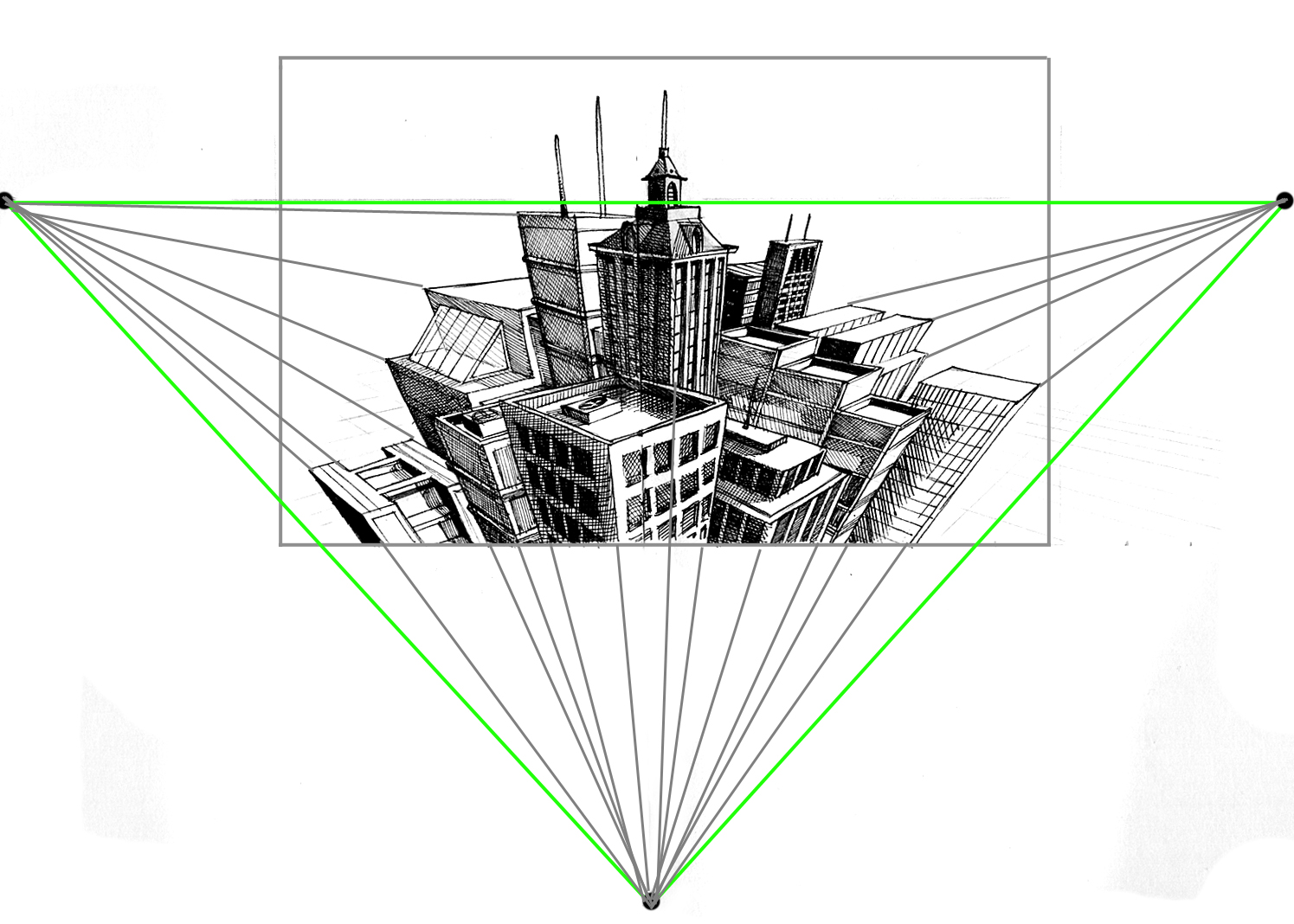 6 Responses to “The Basics of Three-Point Perspective”