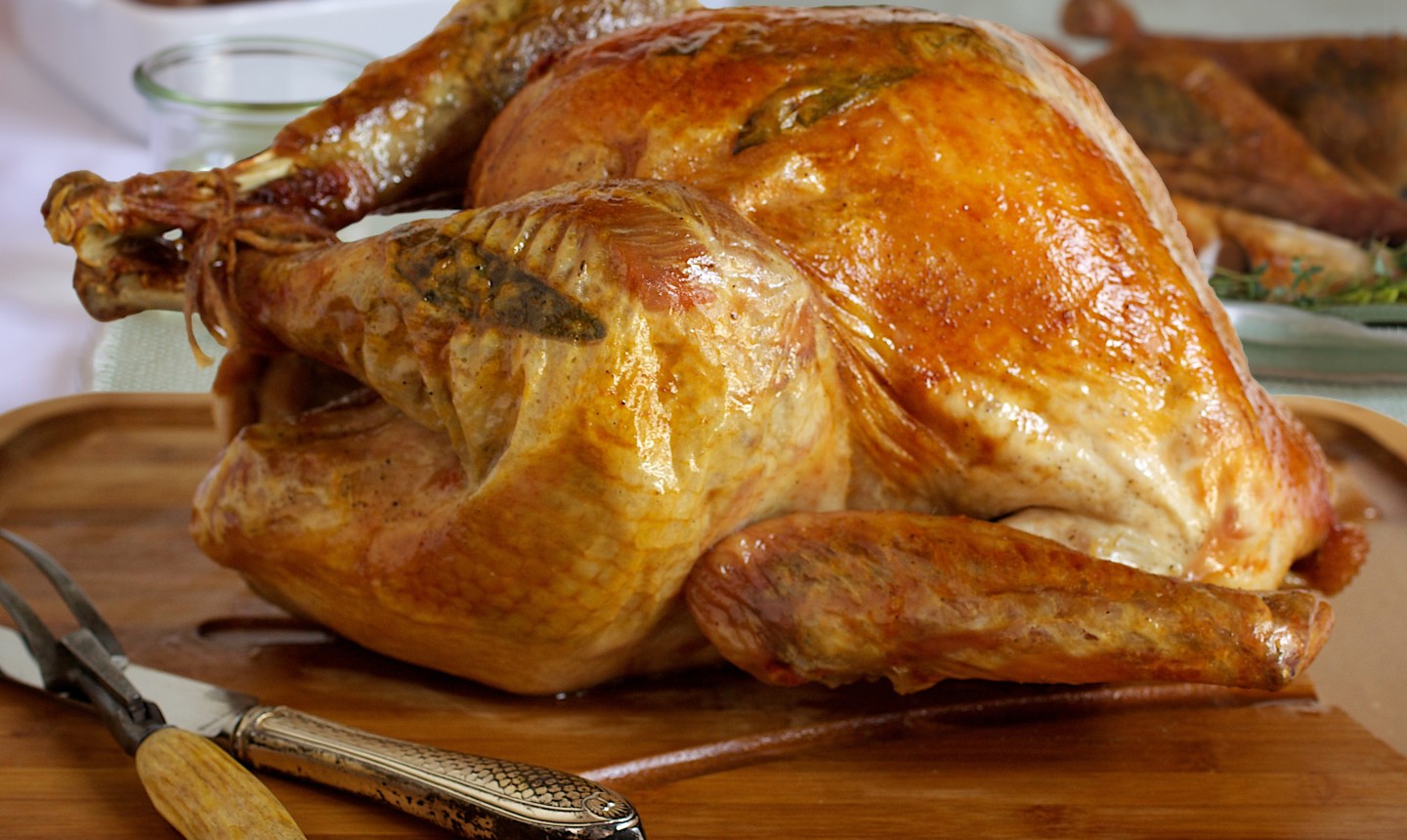 We know what you’re thinking: Joshua John Russell, star of our series Man About Cake, is a professional chef and baker — of course his turkey is awesome. But we’re here to tell you that his go-to technique has nothing to do with his culinary school education and everything to do with one signature technique: he roasts the bird right inside a paper bag. Here’s why (and how!) he does it.

It All Started With a Plumber…

Yes, really! When JJR was 15, he spent the summer working for a plumber named John. “I told him I wanted to be a chef,” says JJR, “and that’s when he told me all about how someone in his family had taught him how to roast a chicken in a brown paper bag.” Intrigued, JJR convinced his mom to let him try it that Thanksgiving, and the rest is history. (Literally, it’s so good his family won’t let him do it any other way!)

Here’s How It Works

It’s actually pretty simple: Let the bird defrost in the fridge overnight, and then remove the innards and stuff the cavity with onions and garlic. Take a brown paper bag from the grocery store (he swears by the Kroger ones), coat the entire inside with butter, and then slide your turkey right in there. “I’m from Mississippi, so it’s not a healthy recipe,” says JJR.

And this is the real kicker: Cook it upside down with the breast on the bottom so it can soak up all the juices that run down the bird. “I didn’t always do it this way, but there was one year when the turkey seemed a little dry,” says JJR. “So the next year I came up with this idea to cook it upside down. This was when I was in culinary school, which really gave me the courage to just try stuff.” Lucky for him, it was a total T-day success.

Has It Ever Gone Wrong?

“It’s foolproof,” says JJR, “It always comes out good!” And, no, it’s never caught on fire (but JJR admits being worried about that at first, too). The key is to make sure the paper is not actually touching any of the heating elements, like the top of the oven. (So don’t try to stuff a too-big bird in there.) In actuality, the paper bag acts almost like an oven within an oven. “You’re concentrating both the heat and the flavors,” explains JJR. It’s truly an easy way to make sure your bird is juicy AND flavorful.

Once the bird is fully cooked, take it out of the oven and cut away the paper. (The bag will be crusty, almost like it cooked too, and easy to remove.) Since the paper is porous, your turkey should come out nice and browned, but JJR still likes to put it back under the broiler to get the skin really crispy and delicious.