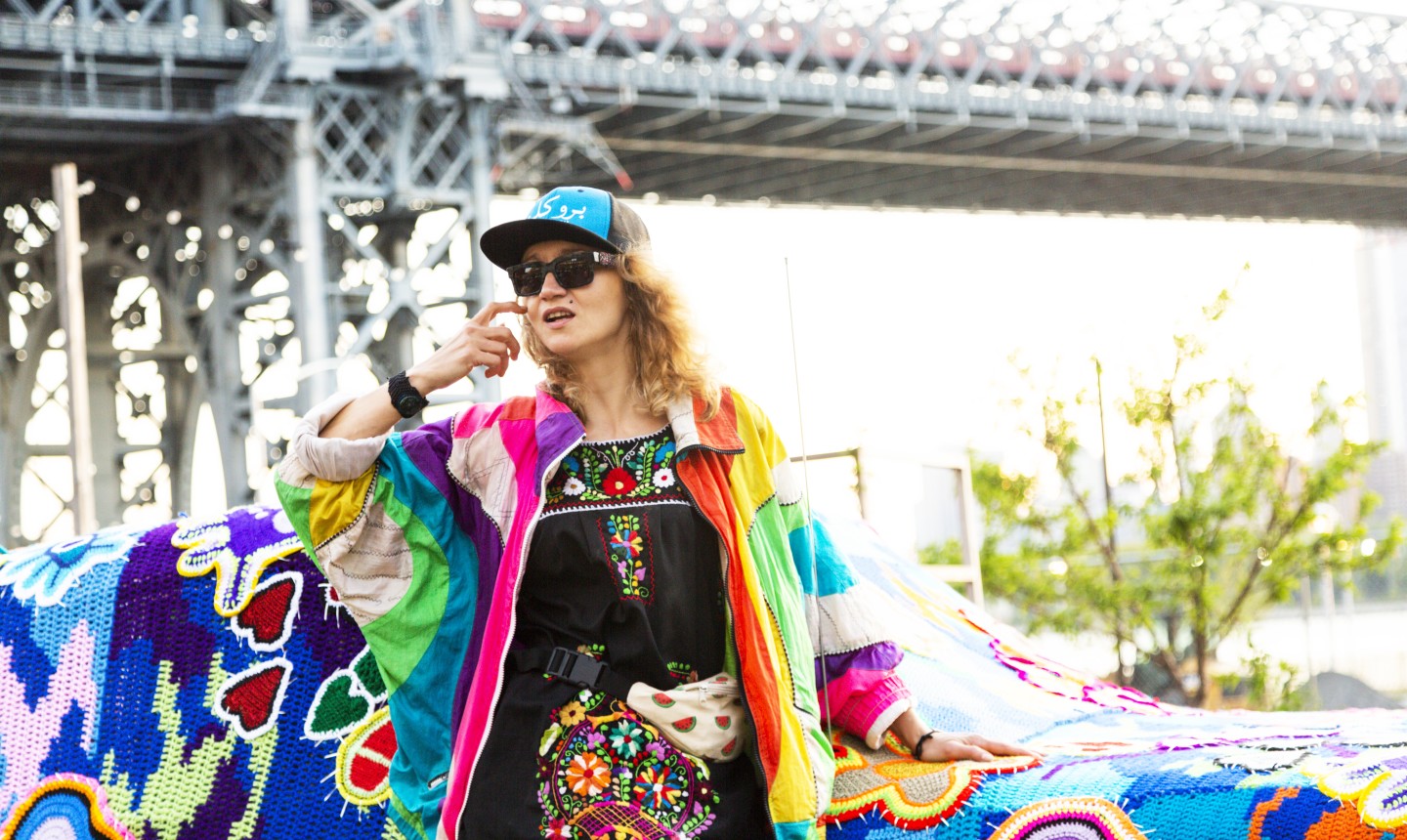 “It’s creating a strong fabric with a single loop,” says crochet artist Olek of her chosen medium. “But you cut one loop, everything falls apart.” With her massive public crochet installations, Olek turns this simple idea into something much, much bigger. Her work has transformed buildings and cities around the world, and for each project, she invites friends and strangers alike to join in the work and stitch with her. In this way, the artist literally weaves stronger community around a dramatic social statement. Crochet is her medium, but people, as much as yarn, are her material.

Those who get involved in her projects aren’t just following Olek’s directions. The experiences and views of the participants directly affect the finished art. “I like working with people because they bring their emotions,” she says. “People become woven into the fabric of the work.”

Not surprisingly, for Olek, process is just as important as the finished piece, if not more: “The physical existence of the object is just a symbol of what else happened there.”

Olek’s Scandinavian house project is a dramatic example. With a plan to cover every interior surface of a house in Finland with crochet, Olek hired Syrian and Ukrainian refugees to help. As the assistants shared stories and showed photos of the bombed homes they’d left behind, the plan changed. Olek decided to blow up the Finnish house, and what was left was the final artwork.

Inspired to move the project forward toward a symbol of hope, Olek then covered the exterior of a Swedish house in crochet, again inviting people from the local community, including refugees who had settled there, to join in. As the native Swedes and the refugees connected and worked together, and their children played together, the project of covering the whole house in neon pink crochet — a vibrant, optimistic color — took on even more meaning.

Olek’s current series, Love Across the USA, aims to install huge murals celebrating women’s history in every state in America. For each mural, Olek and her team work closely with the community. Inevitably the volunteers — from different backgrounds and different parts of town — end up making true connections. (Stitchers take note: Olek is actively seeking partners for future installations of Love Across the USA.)

About half of the volunteers who come to Olek’s projects know how to crochet; the rest, she teaches. “It’s a little bit more complicated,” she says, “because I have to make the patterns for all these people, teach them how to do it — they have to really learn how to crochet the way that’s required for the project — but it’s fun! It’s a healing process; it’s a learning process.” And ultimately, a process that Olek believes will make the world a better place.