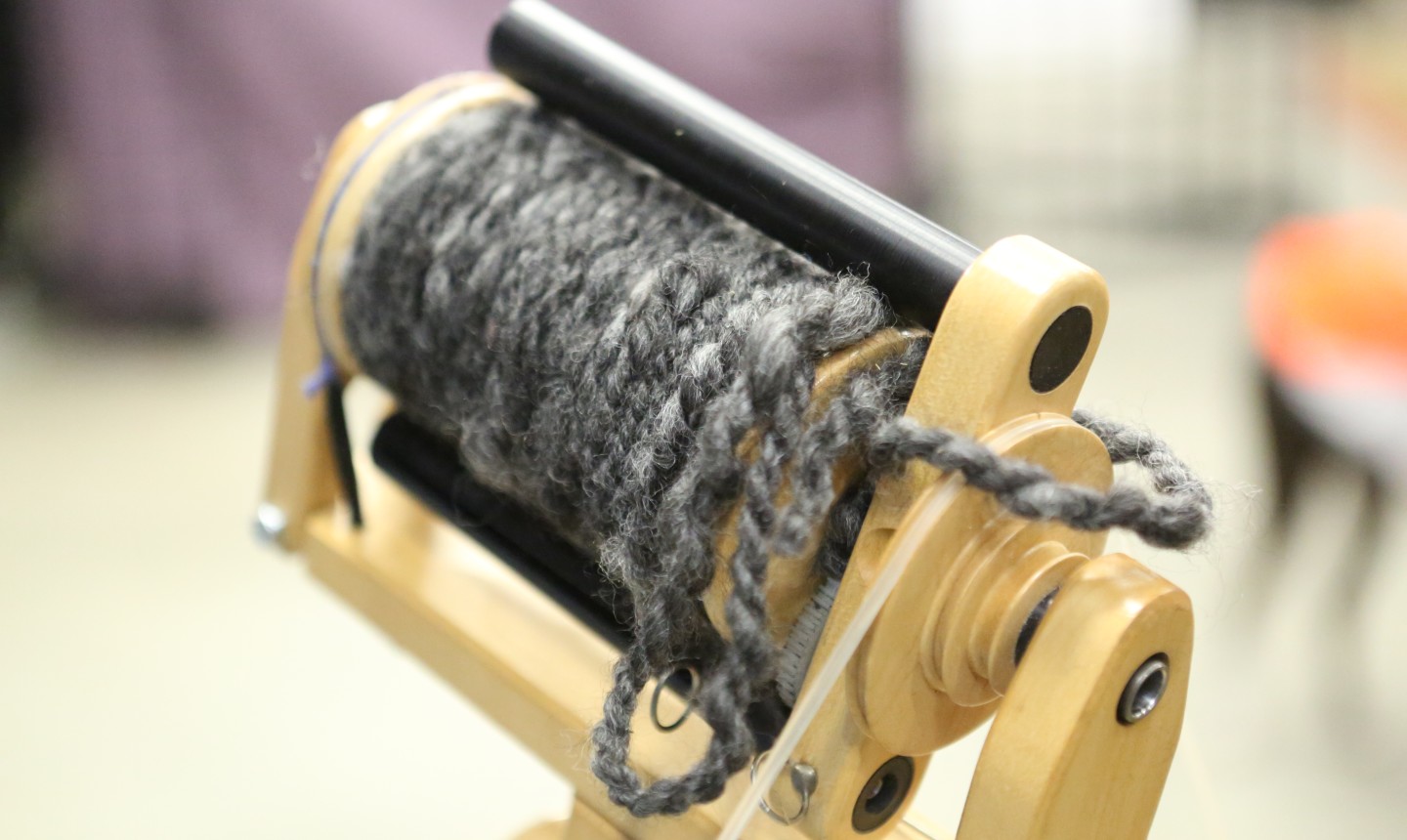 Sometimes the sheep speak to you, telling you exactly want kind of yarn to make from their fleece. At least, that’s how it went for TeDi Jansen of Small Acre Farm. While sitting in the pasture with her sheep one night, she got the urge to spin. Wishing there was a way to skip some of the prep and get to the wheel faster, the sheep gave her a brilliant idea: “prep less; let the fiber shine.”

And so TeDi’s lock spinning adventure began. Though lock spinning is not a new technique — it’s essentially spinning a yarn that maintains the integrity of the individual locks of fiber — TeDi’s take is somewhat unique, and she’s teaching spinners to embrace its inherent spontaneity. Here’s what she says you need to know before sitting down to take those locks for a spin.

The sheep are right — when you spin from the lock, you get to skip a lot of fiber prep steps, like carding and combing. If you’re someone who’s a little impatient, then this technique could be a game changer. Sure, you should still wash the fleece, but you’ll be sitting at your wheel in no time.

Long wool works best when you’re lock spinning, which is why TeDi’s flock of Wensleydale, Teeswater and Bluefaced Leicester sheep are perfect. In general, look for a staple length of 4 to 8 inches, and don’t be afraid to mix and match fiber. 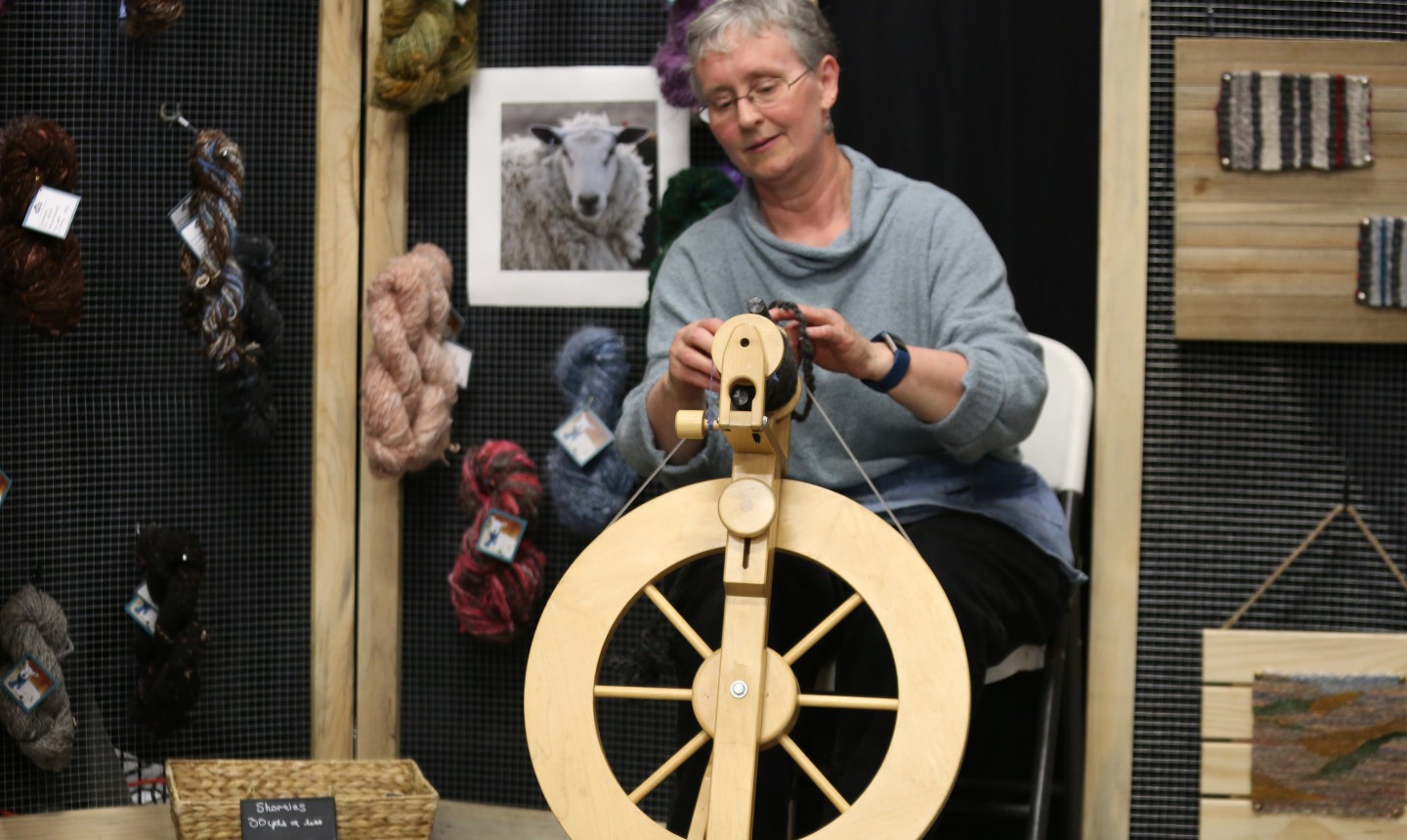 This type of spinning isn’t about perfection — in fact, it’s better if you don’t have a set outcome in mind when you sit down at the wheel. Forget about drafting and instead fluff the fleece, arranging as you spin and selecting curls you want to highlight. Let the personality of your fleece take the lead and you’ll be pleasantly surprised with the finished result.

Like we said, spinning from the lock is great for impatient spinners — not only can you skip fiber prep, you can also skip the plying step. You’re making an art yarn that’s spun to be a standalone single , so once you’ve finished spinning, you’re done! That said, if you can’t fathom the idea of skipping the plying step, this yarn also happens to look gorgeous when plied with a complementary or contrasting thread. 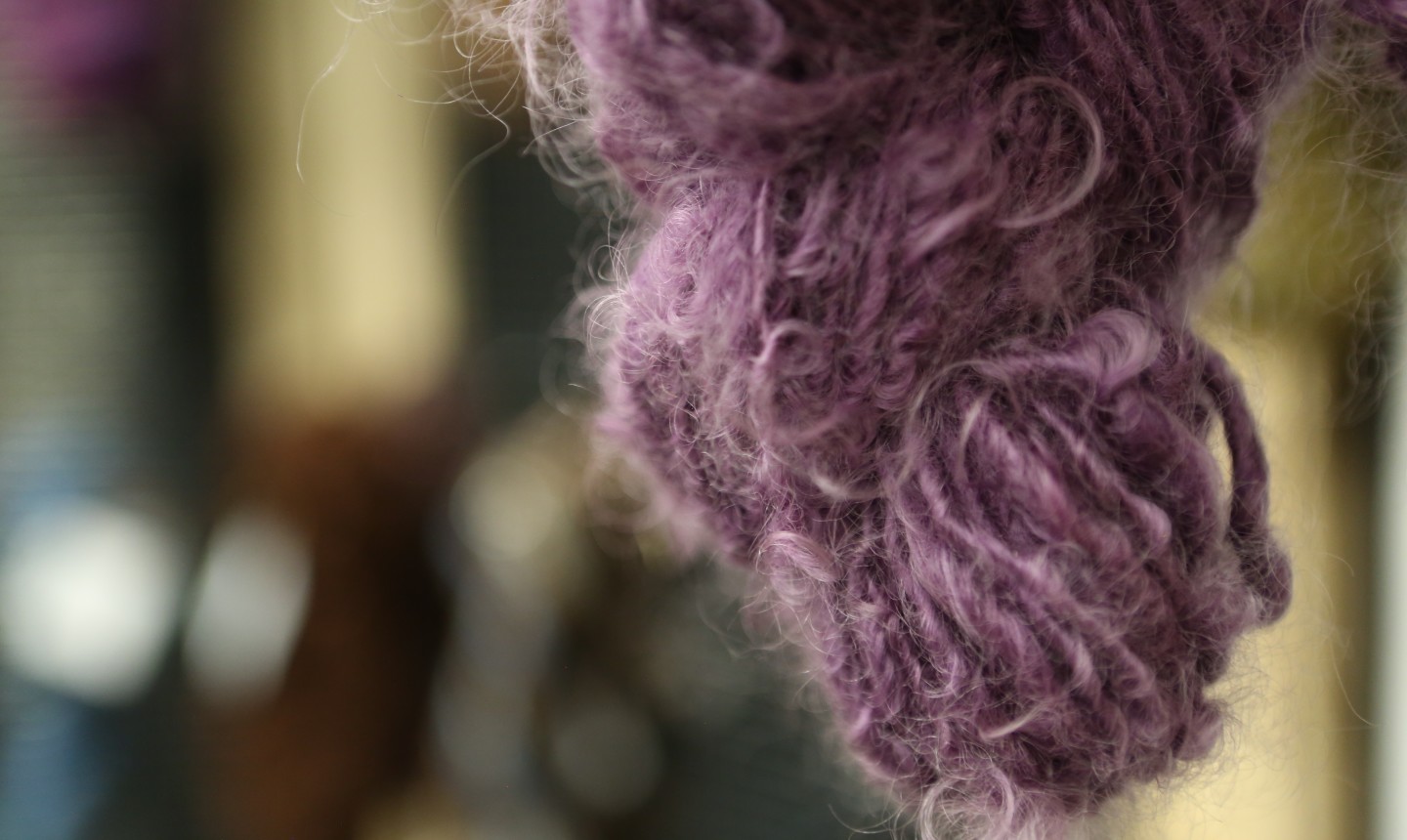 Just because you’re embracing the natural texture of the fleece doesn’t mean you have to embrace its natural color. Since you’re saving so much time on fiber prep, consider dyeing your fleece before you spin. Or, if you change your mind once the yarn is done, you can definitely dye your finished yarn, too.

Even though it may sound like we’re ignoring the rules of spinning here, spinning from the lock is still a skill that takes talent. It’s best if you have a basic understanding of how to spin yarn on a wheel before you start going rogue. And even though perfection is not the goal with this yarn, you can still improve your skills and get better at capturing the personality of your fleece. After all, it’s all about letting that fiber shine!