There are plenty of ways to add a pretty braid to your knitting, whether it’s with cables, I-cords, or some other technique. But one braid technique that’s often forgotten is the Latvian braid. 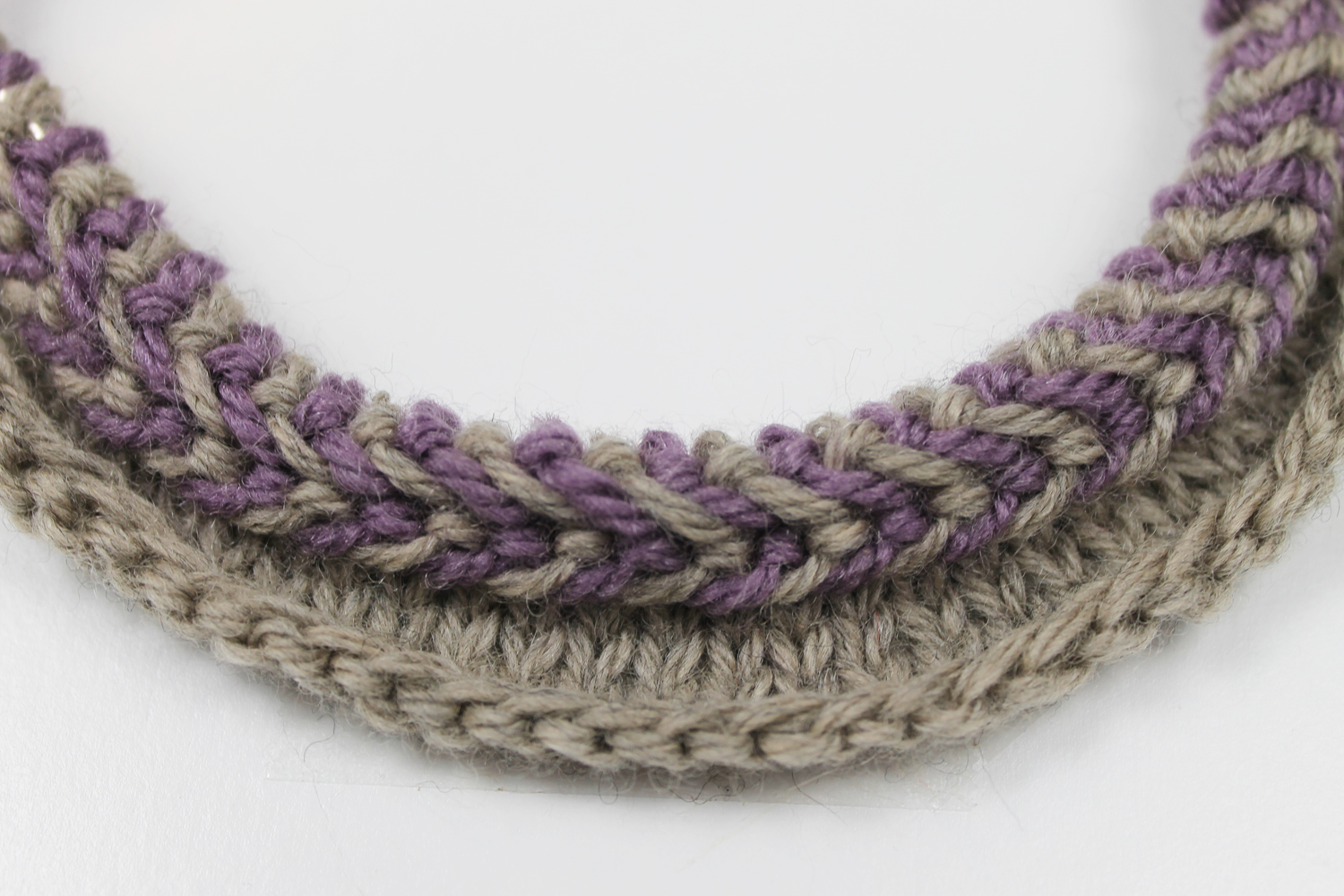 What is a Latvian braid?

The Latvian braid uses a simple technique of strategically crossing two colors of yarn consistently either under or over one another as you alternate purling each color. It’s much easier than stranded colorwork, because you don’t have to worry about floats or twisting and untwisting the two colors. 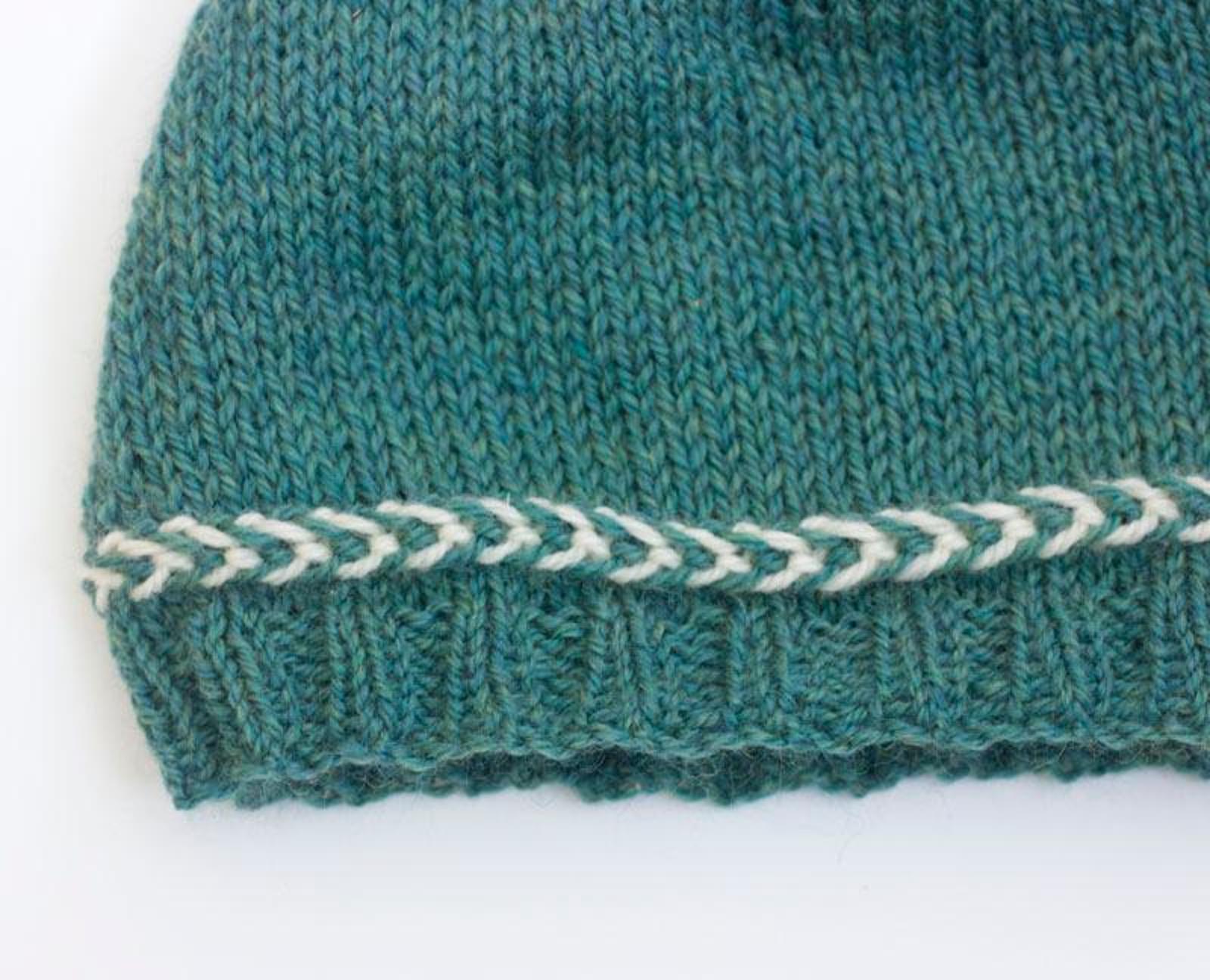 Where to use the Lativan braid

Latvian braids can be used on practically any project. Here in the Latvian Braid Hat pictured above, the braid serves as a separator between the body of the hat and the ribbed edging.

The braid also looks pretty as a border on necklines, sleeves, sweater hems, and any other edges. You can even use it as a separator between different types of stitches.

If you want a more low-key braid, you can even use two strands of the same color to keep the texture but only use one color of yarn.

Let’s take a look at the oh-so-simple way you can create this braid in your own projects.

This braid leans to the right. (See instructions for a braid that leans to the left at the bottom of the tutorial.)

Use this abbreviated pattern to add a Latvian braid to your work. If you need more detail, keep reading for a full photo tutorial.

Let’s take a look at the instructions in detail. 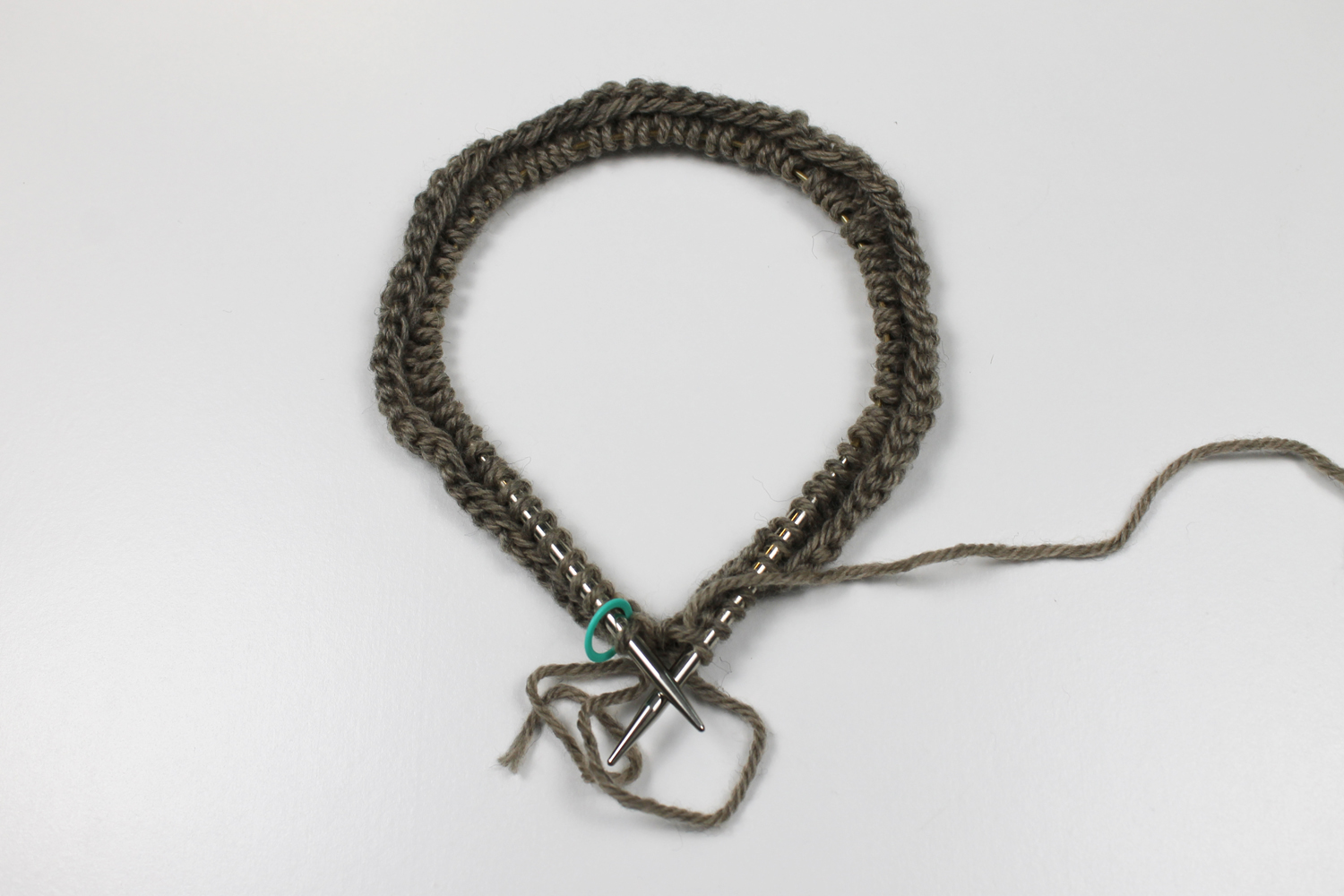 I’m starting with a few rounds of stitches already on my circular needles, and I’m going to add the braid. I recommend you do the same for practice. 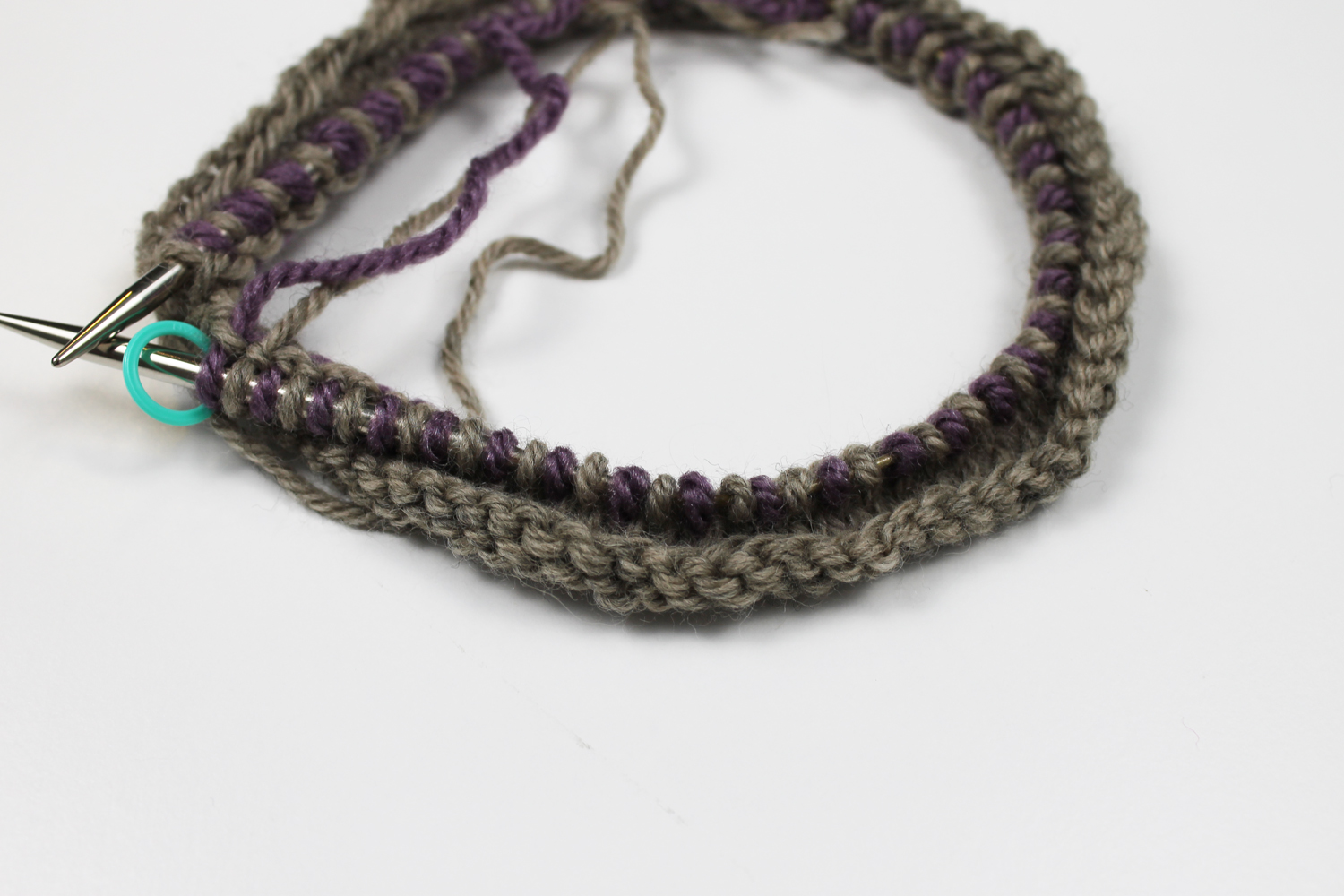 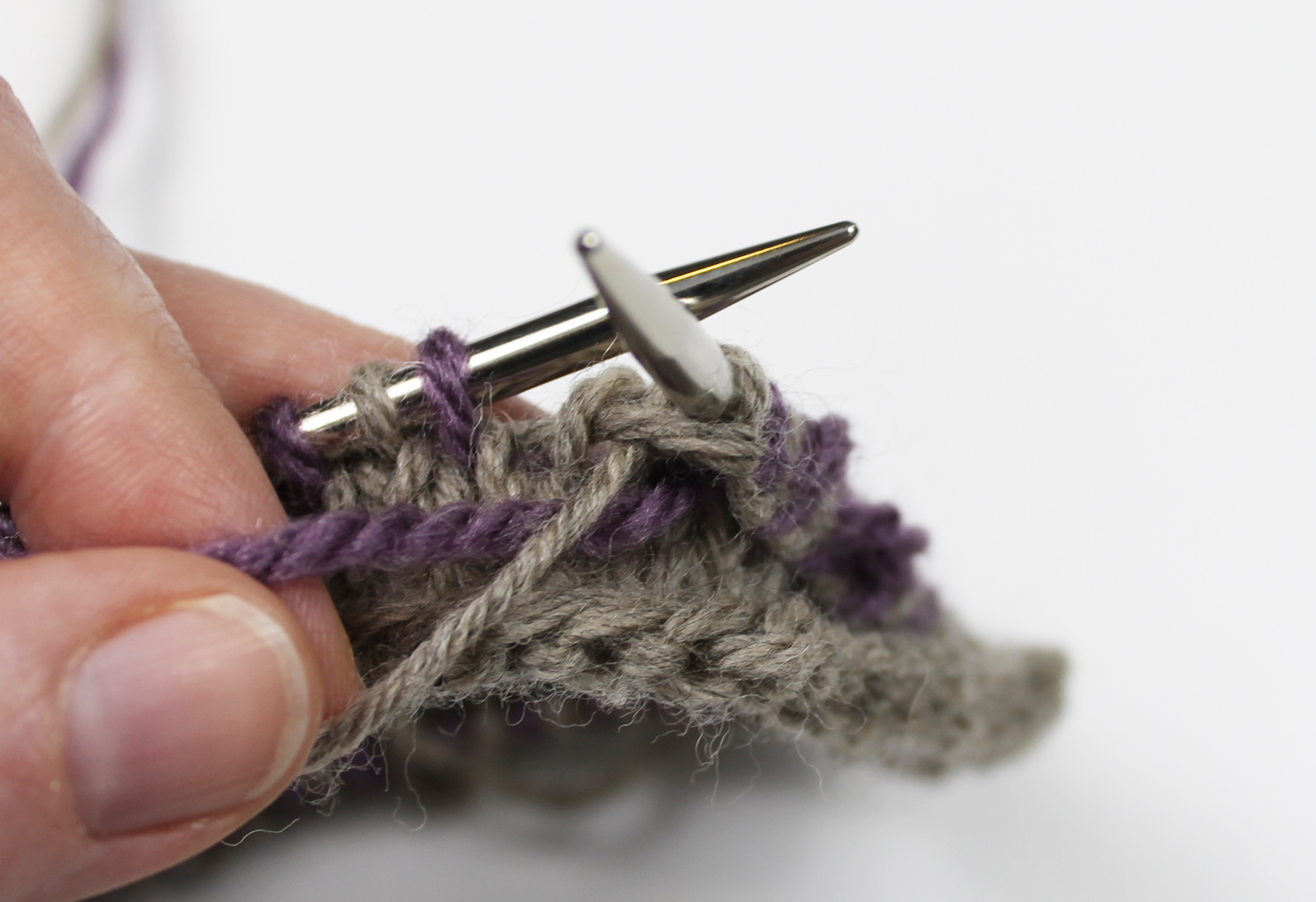 For Round 2, bring both working yarns to the front of the work. Purl 1 stitch with MC, then bring BC under MC and hold onto BC. 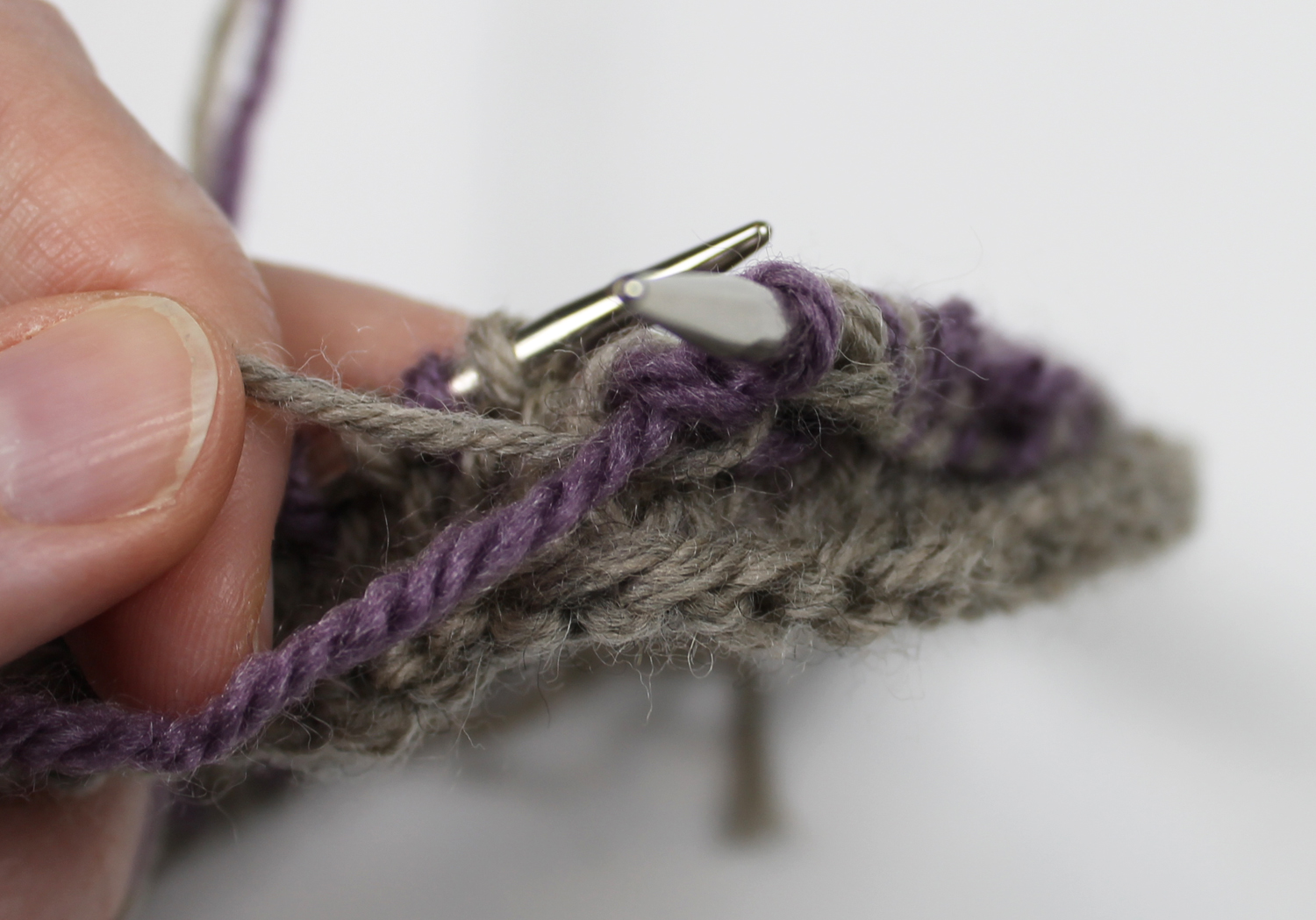 Purl 1 stitch with BC. Bring MC under BC, and hold onto MC.

Repeat these steps around until you reach the end of the round. You’re alternating MC and BC, and just bringing the next color under the previous color as you work your way around. 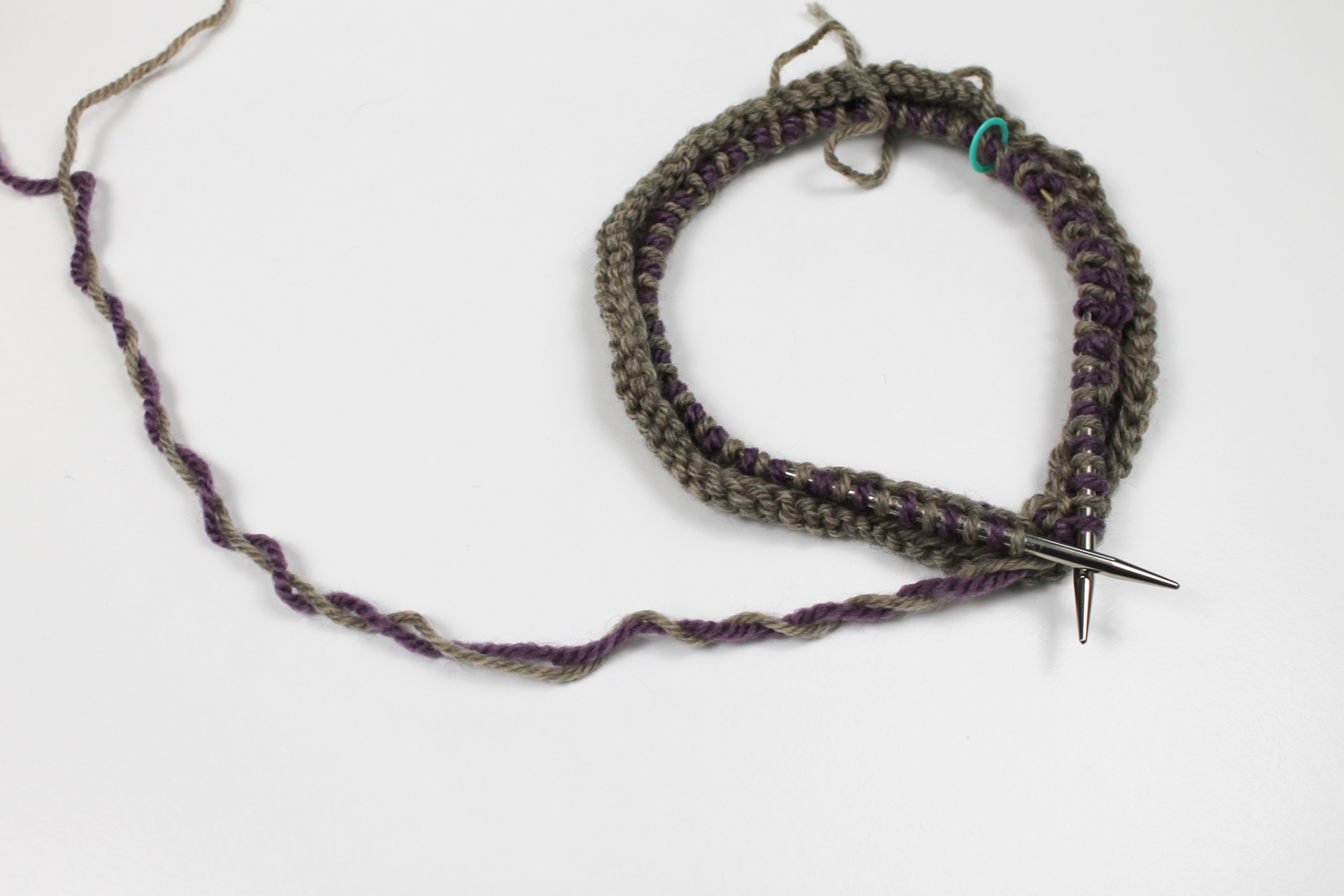 As you work, you’ll notice that the yarns are twisting around each other. This might be annoying for colorwork knitters who like to keep their strands untangled, but don’t be tempted to untwist those stitches! We’ll take care of that in Round 3 without any extra effort. 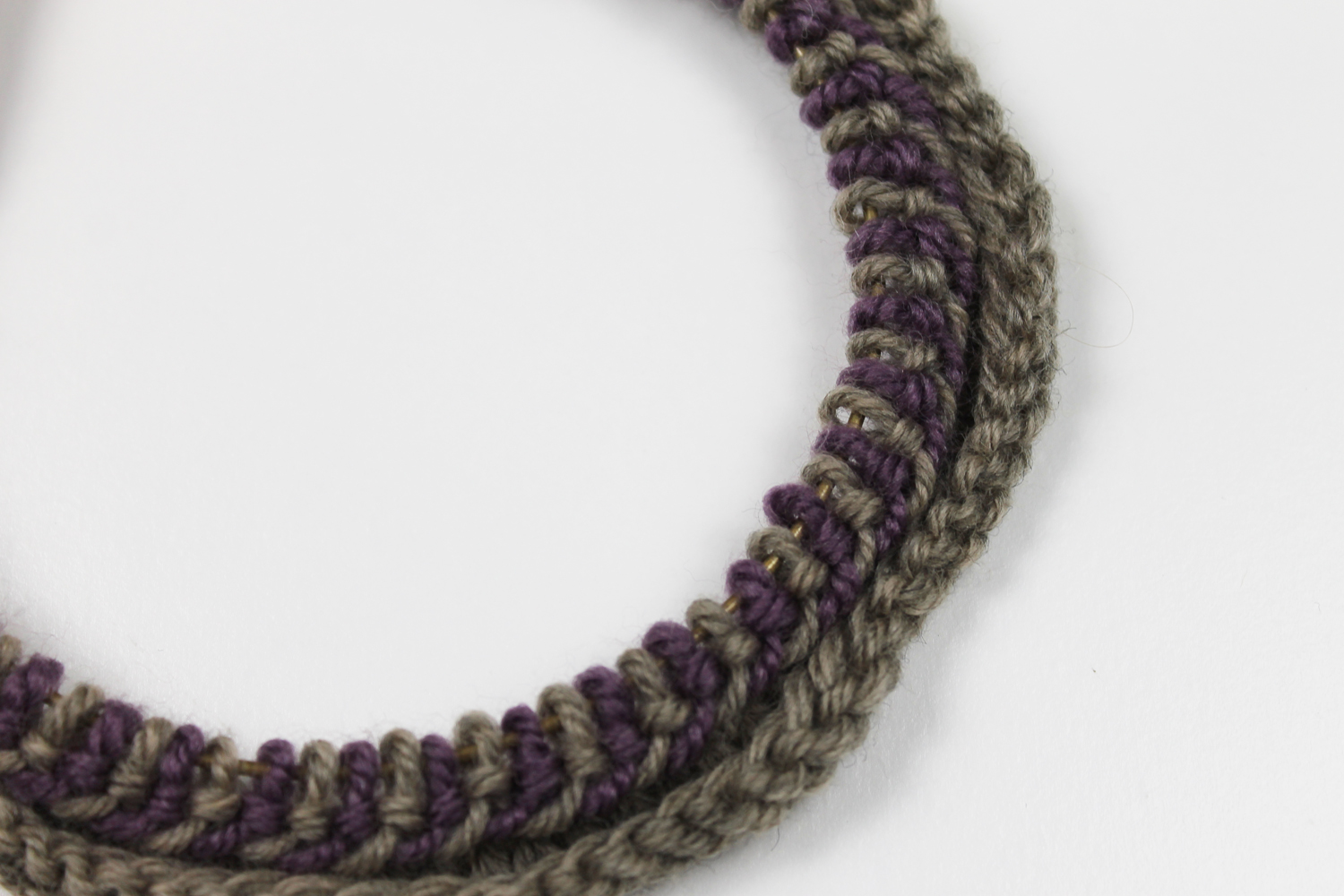 Here’s what your braid will look like at the end of Round 2. You can already see half of the braid forming, leaning to the right. 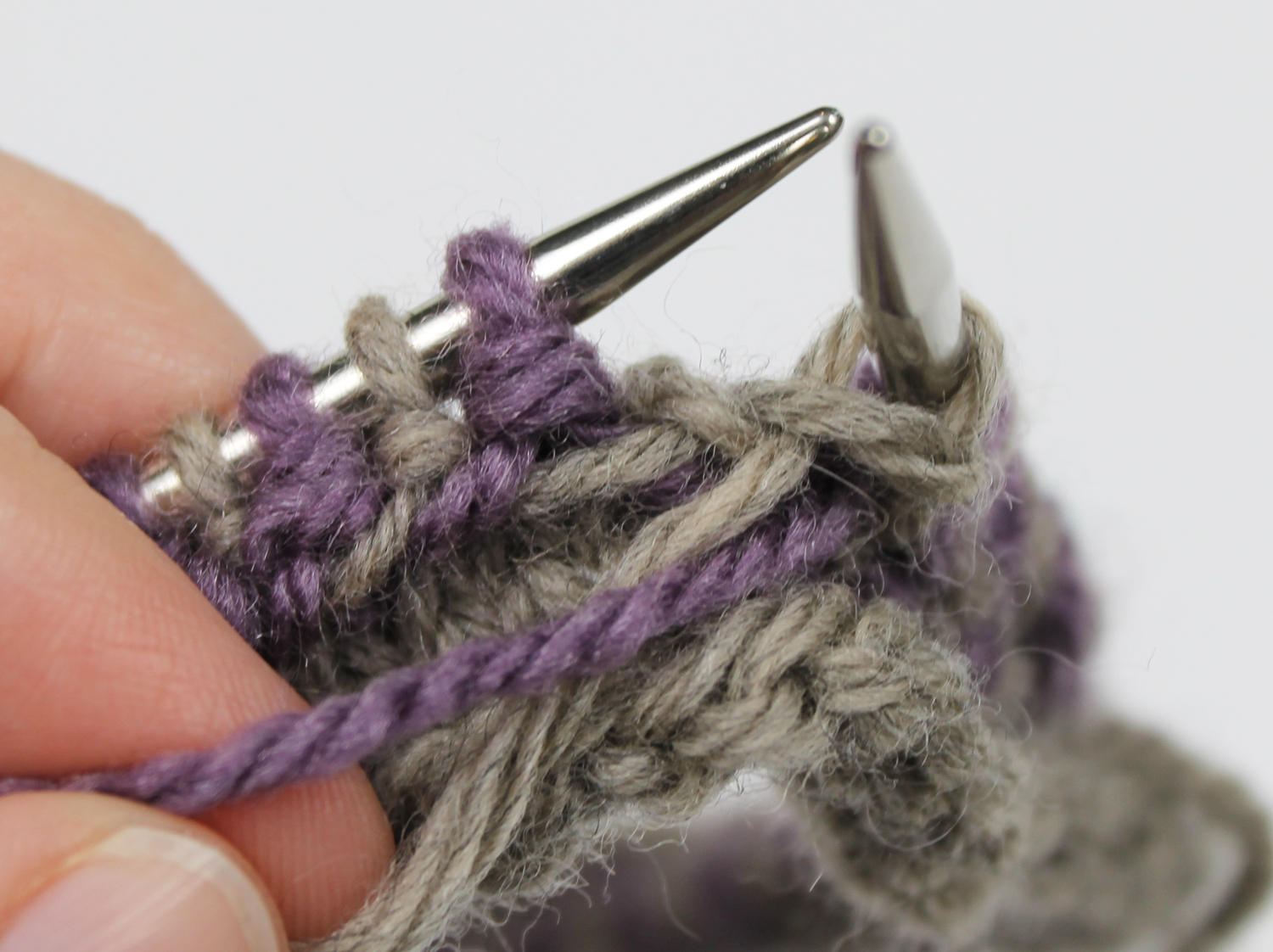 For Round 3, do the exact same thing you did for Round 2 except you’re going to cross the yarns over each other instead of under. Purl 1 stitch with MC, then bring BC over MC. 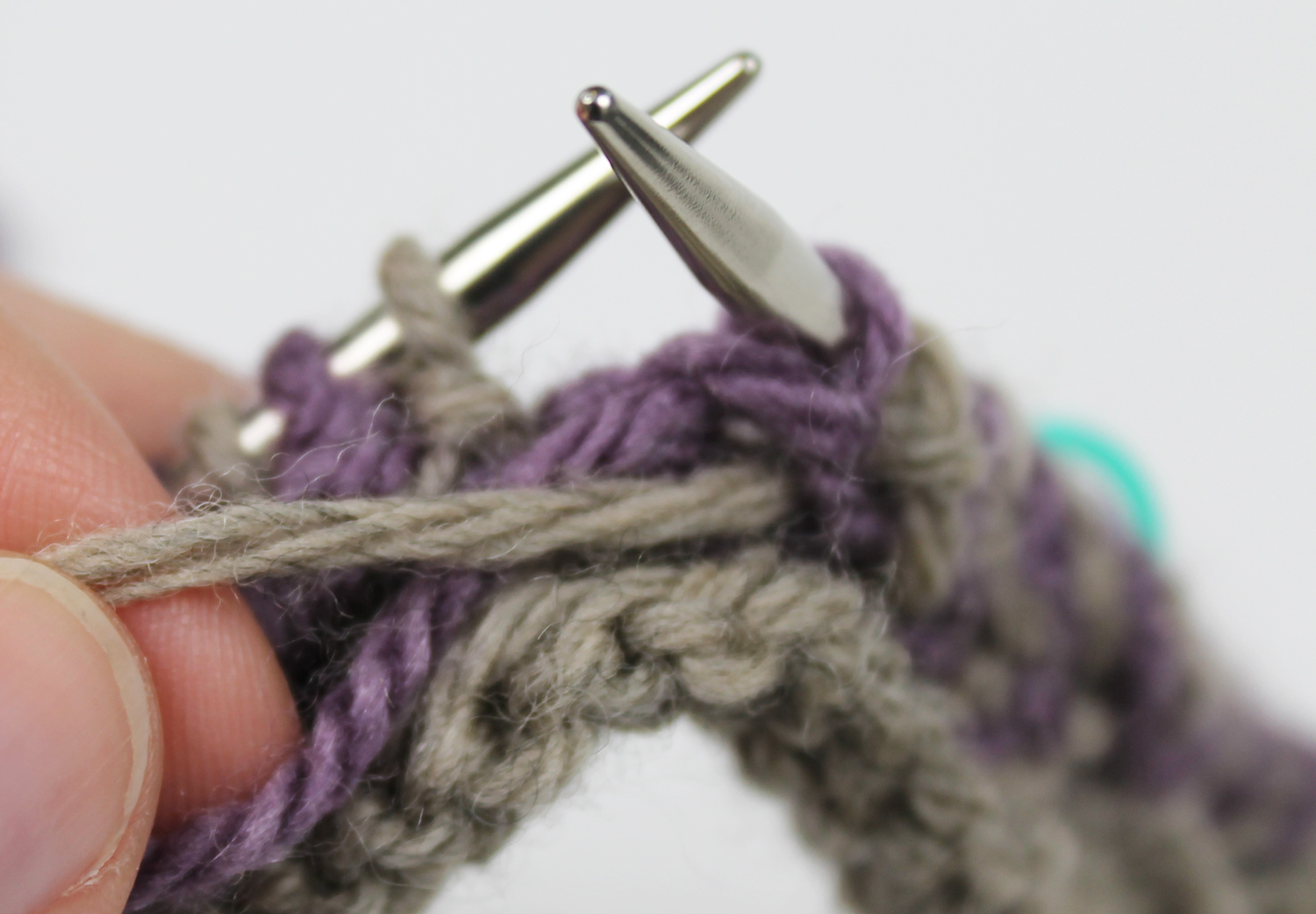 Purl 1 stitch with MC, then bring MC over BC.

Repeat these steps around. As you work, you’ll notice you’re untwisting the yarns. Yay! 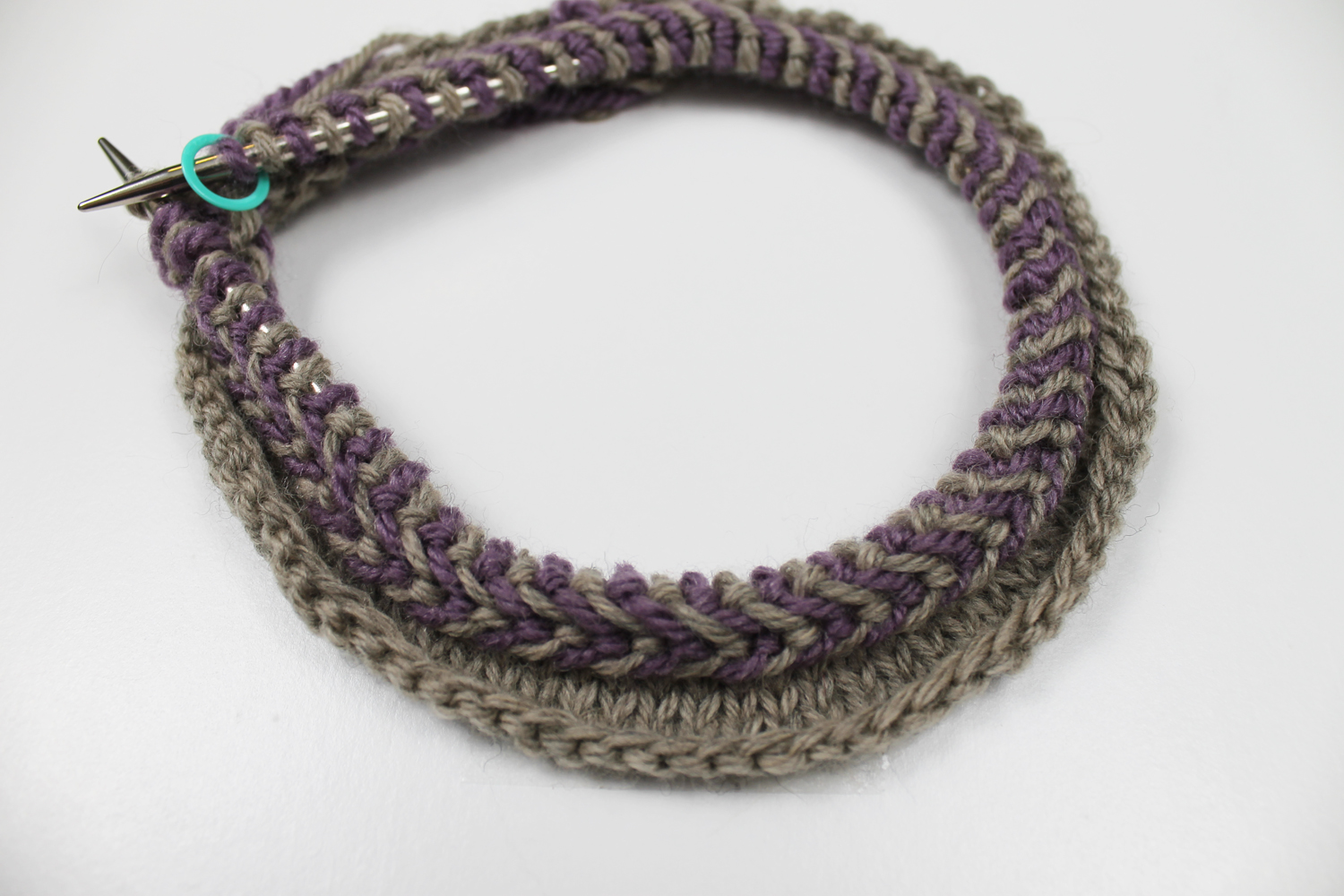 Once you complete Round 3, you can continue knitting. Alternately, if this is your edging, you can just bind off.

Are you going to use the Latvian braid in any of your projects? Tell us your plan in the comments!