When knitting stripes, jogs can be troublesome. Thankfully, learning how to knit jogless striped colorwork in the round with an invisible beginning-of-round is easier than you’d think.

Here’s a technique to create even and professional-looking stripes:

The first pair of striped socks I ever knit looked awesome, so long as you didn’t look at the back of the leg. There I had tried endlessly to work stripes that matched up evenly without the telltale jog at the beginning of each round.

A jog in your stripes is created because in-the-round knitting does not stack row upon row of knitting in a circle. When knitting like this you are essentially creating a spiral. Your last stitch of the round will not meet up with the first stitch in the round, it will bee above it. And when you’re working those stripes, that’s what creates the jog. 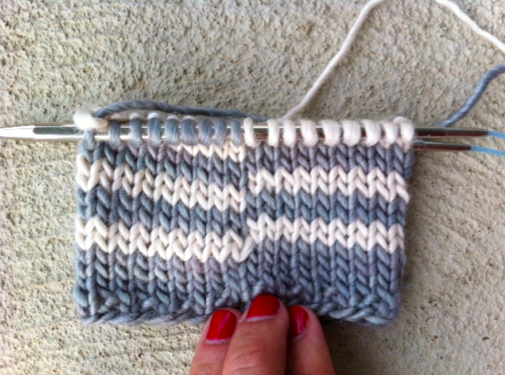 My beginning of the next round is in the middle of the needle and you can see how all the stripes are just slightly off.

You can do one of two things: grumble about it and fiddle with the stitches over and over until the back of your socks look bumpy, or use this technique to fix it (go with the second option!).

Step 1: When beginning a new stripe, knit one round as you normally would in the new color yarn. 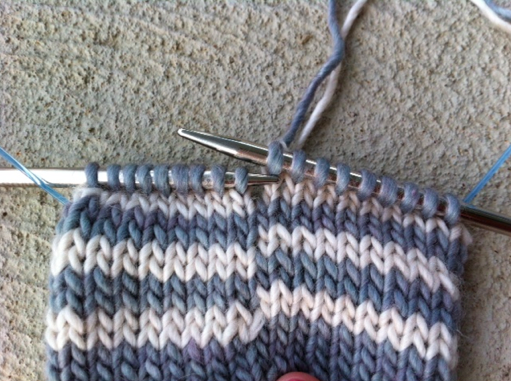 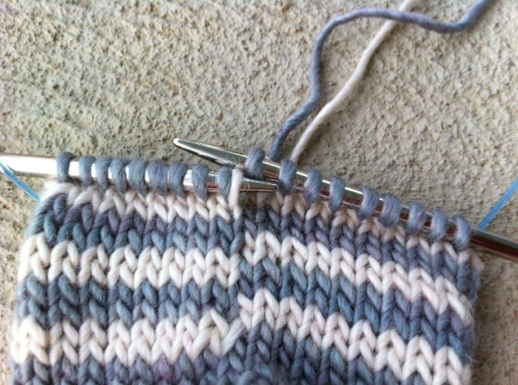 Step 3: Knit these two stitches together. 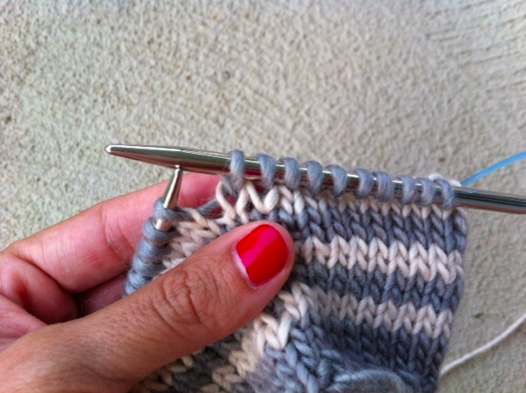 If you do this at the beginning of each row, you will create an elongated stitch and hide that beginning of the round jog. Looking closely, you will be able to see where the round began and which stitch was modified to hide the stripe. 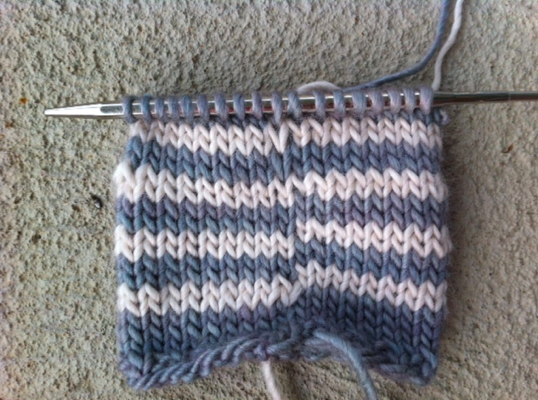 If you would rather not have that elongated stitch, there is a fix for that too. After knitting the two stitches together, place a new marker. Your rounds have now moved one stitch to the left. This creates an invisible seam that will move diagonally. 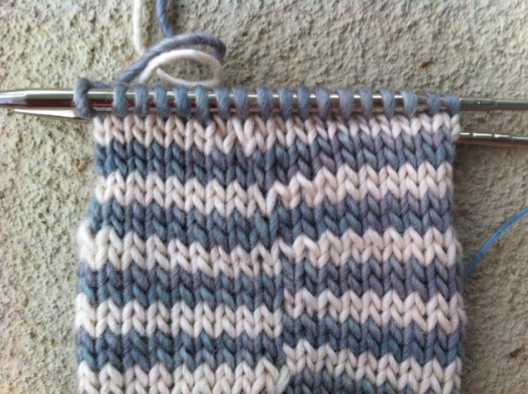 In this photo you can compare the variations: beginning from the bottom the first two gray stripes have a jog, the third stripe has the elongated stitch, and the fourth has moved one stitch to the left.

I would recommend using the elongated stitch on garments that need the beginning and end of round to remain in the same place (i.e., sweaters) and using the moving stitch version on those that do not (i.e., hats, socks).

Try this technique on the fun Chevron Stripe knitting pattern, which will pack a big knitting punch!

One Response to “Knitting Jogless Stripes in the Round: A Tutorial”