Triangles pop up in knitting more than you think. They’re in kerchiefs, triangle shawls, blankets — they can appear anywhere, and they’re a great way to add eye-catching interest to your designs.

But if you’re designing your own pattern, it can be tricky to figure out how to knit a triangle. How you knit the triangle depends on a couple of things, like whether you need shaping in your project or whether you want a decorative edge. 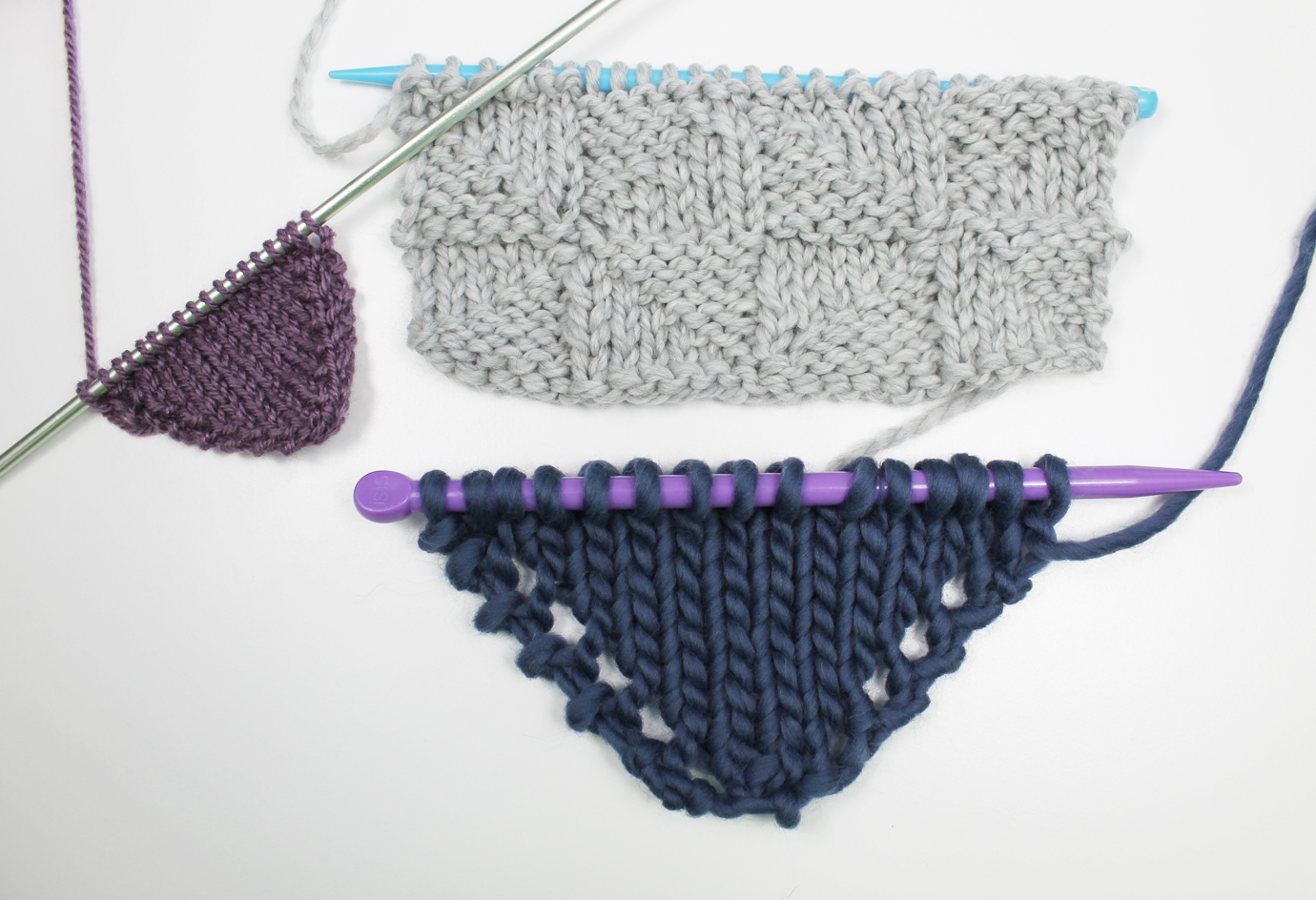 If you’re not sure how to knit a triangle, check one of these out.

These three triangles are all worked in different ways, and they’re a great starting point for any design. 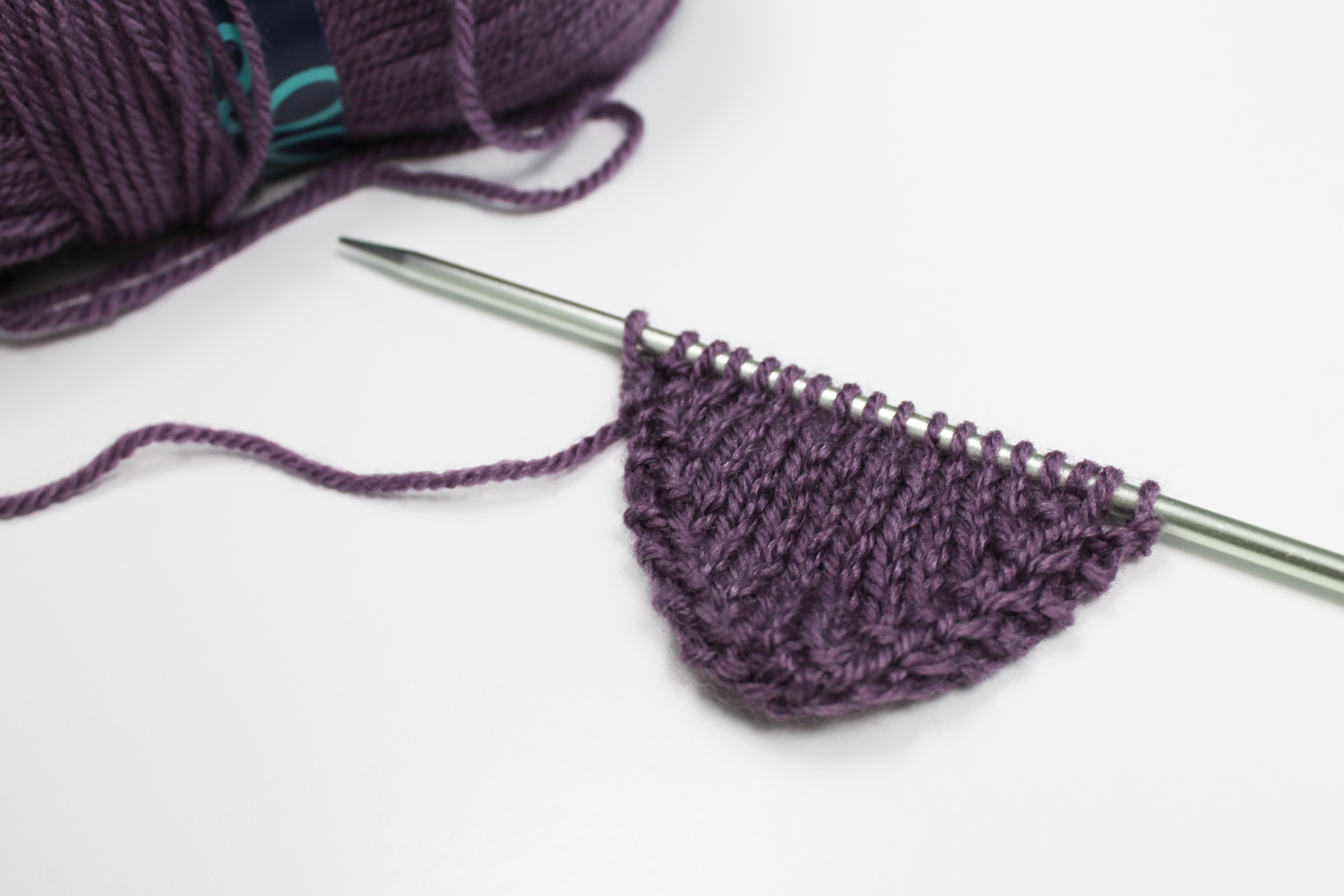 Try this triangle if you… want shape without any frills

This triangle starts at the point and works its way to the top using the KFB (knit front back) increase. The advantage of starting from the point and working your way up is that if you’re not sure how tall you want your triangle to be, you can just keep increasing until you get to that point (or until you run out of yarn, in some cases!).

You can substitute any increase you’d like here, such as a M1. Just remember that the key is to increase after the first stitch and before the last stitch. This will help you keep a super neat edge.

The K1 on each end and on both the right side and wrong side also help form a neat edge that stops the triangle from curling. 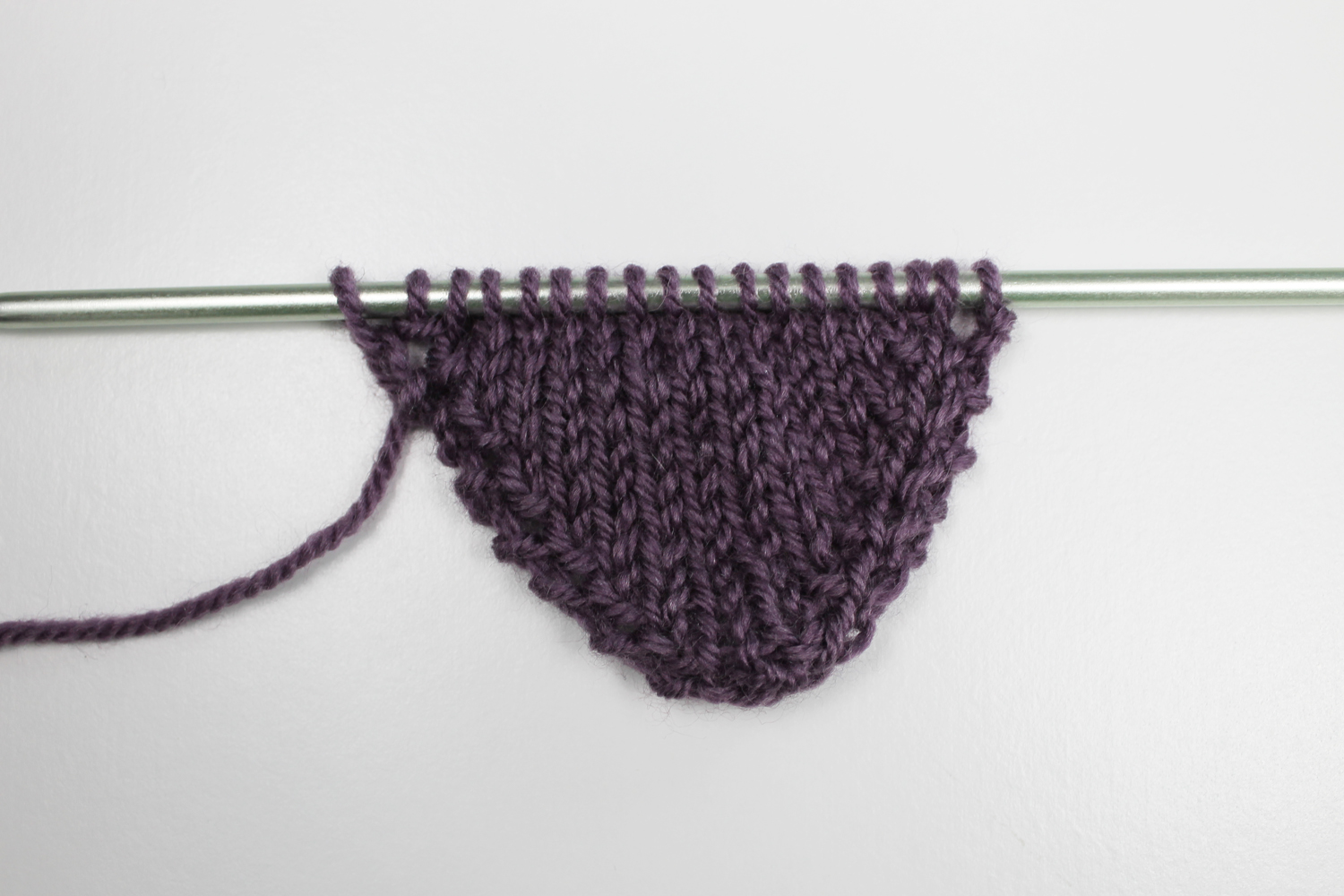 Let’s take a closer look at the KFB increase. KFB means knitting into the front and back of the same stitch. Here’s how: 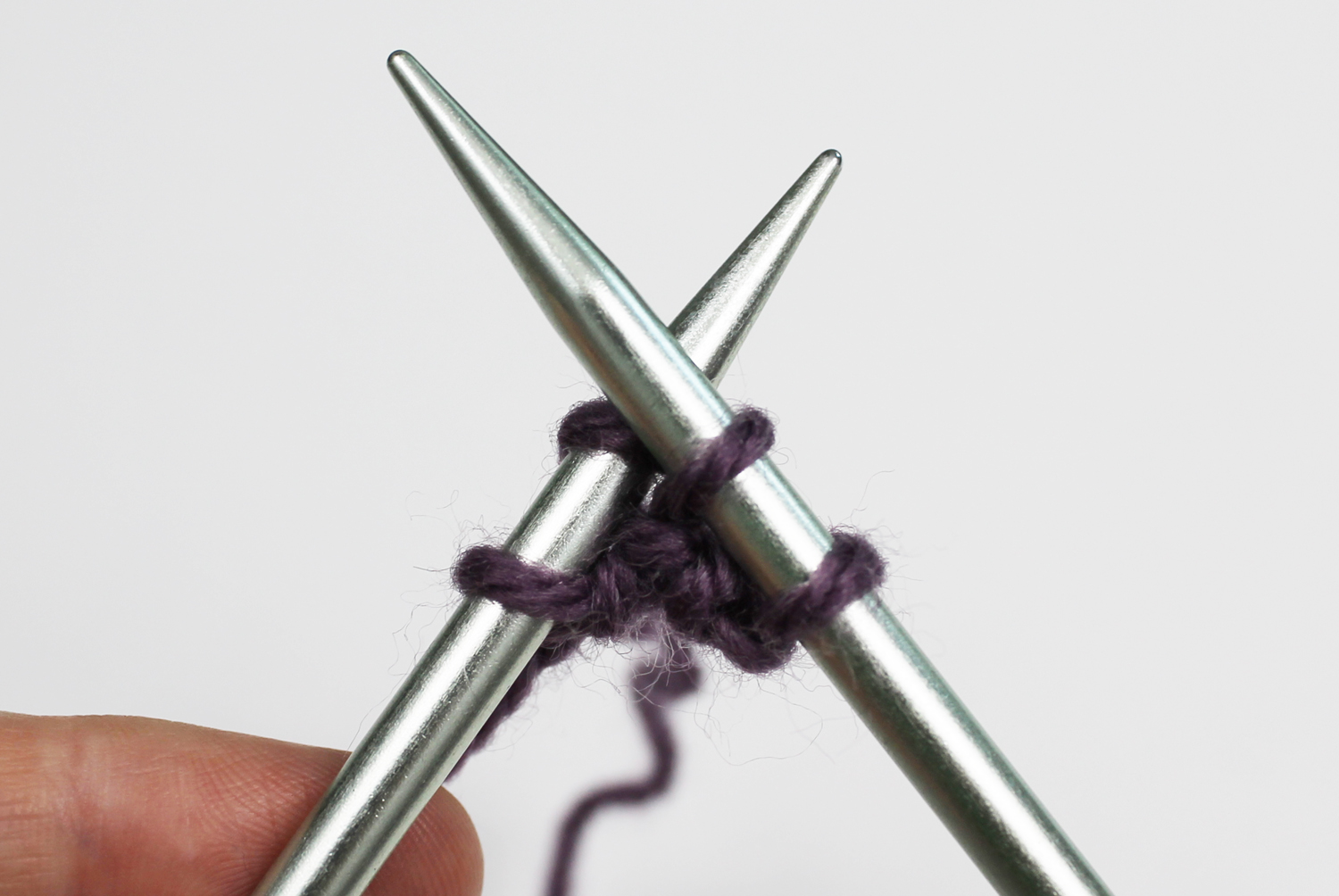 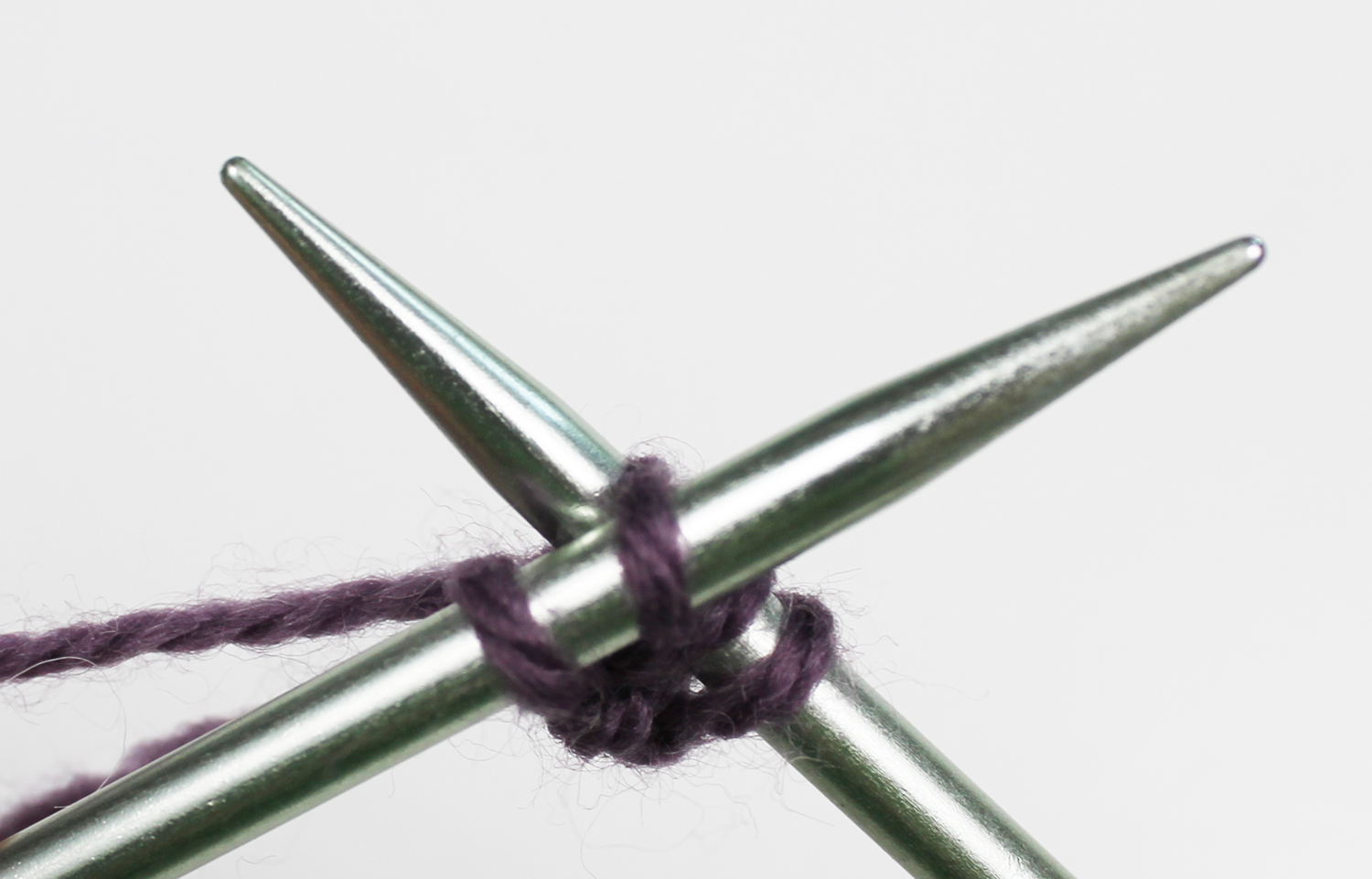 Insert your needle into that same stitch again, but his time go through the back loop. 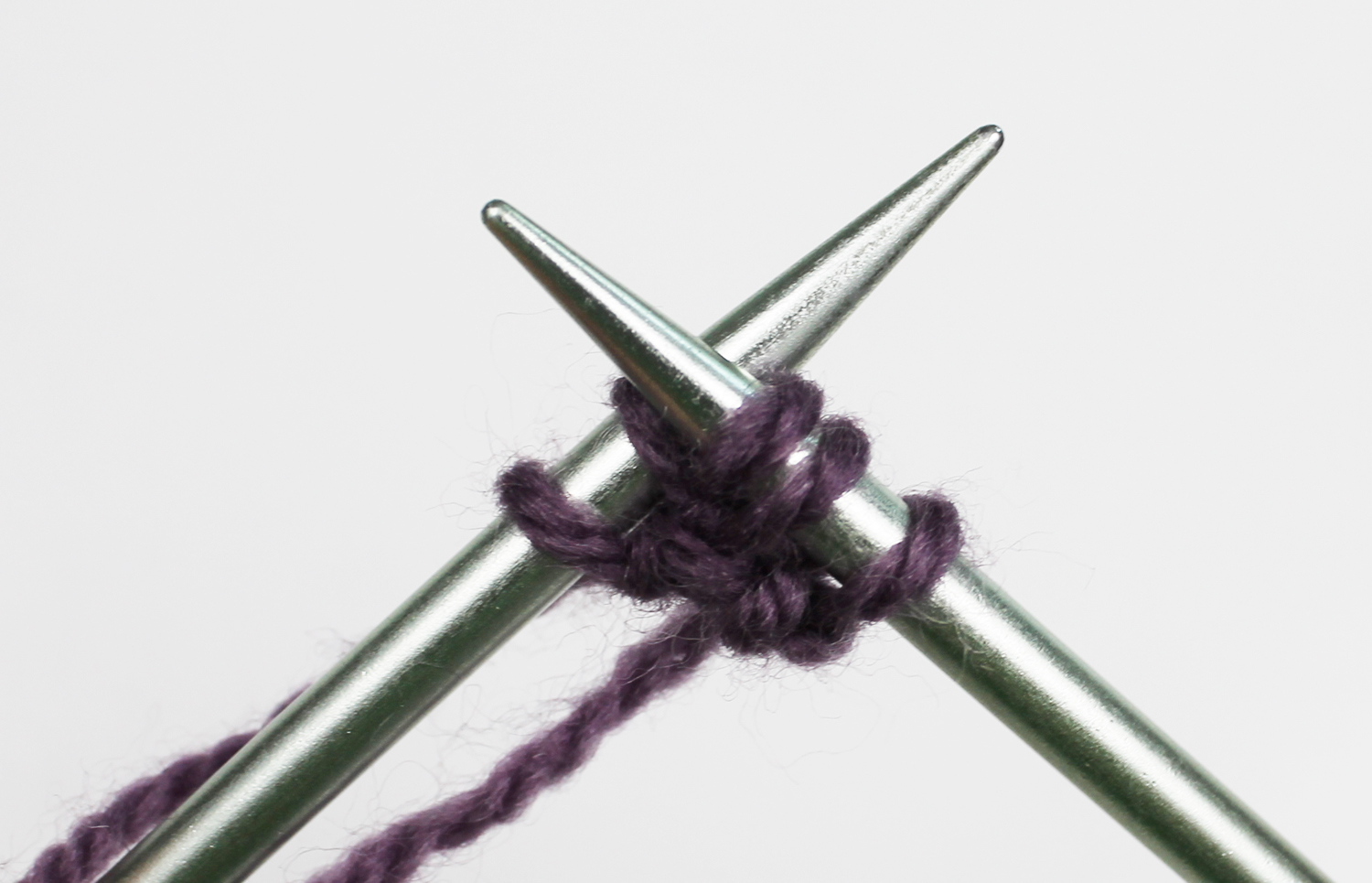 Knit that stitch through the back loop, and you’ll see that you’ve increased 1 stitch. 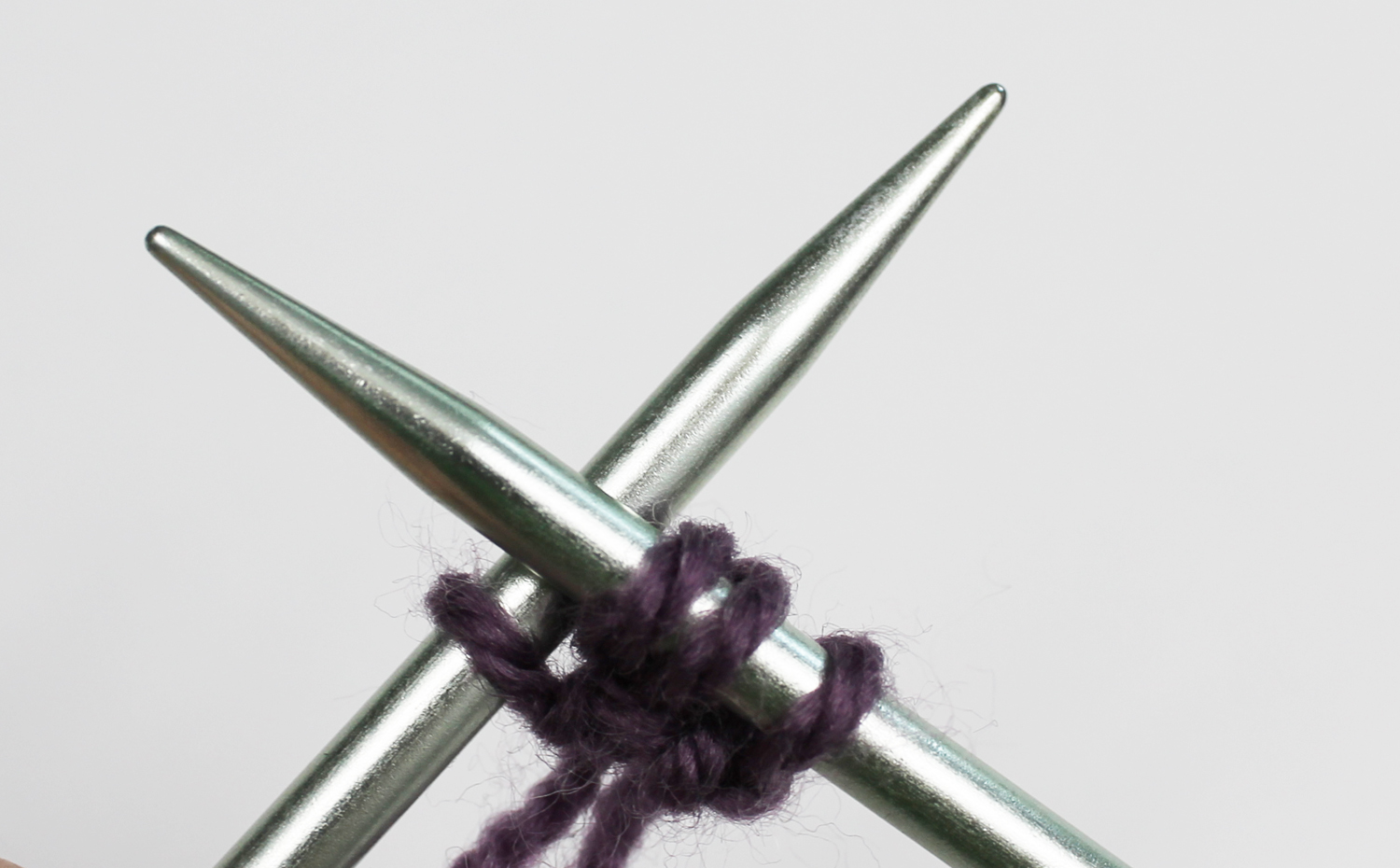 Now you can drop the stitch from the left needle. 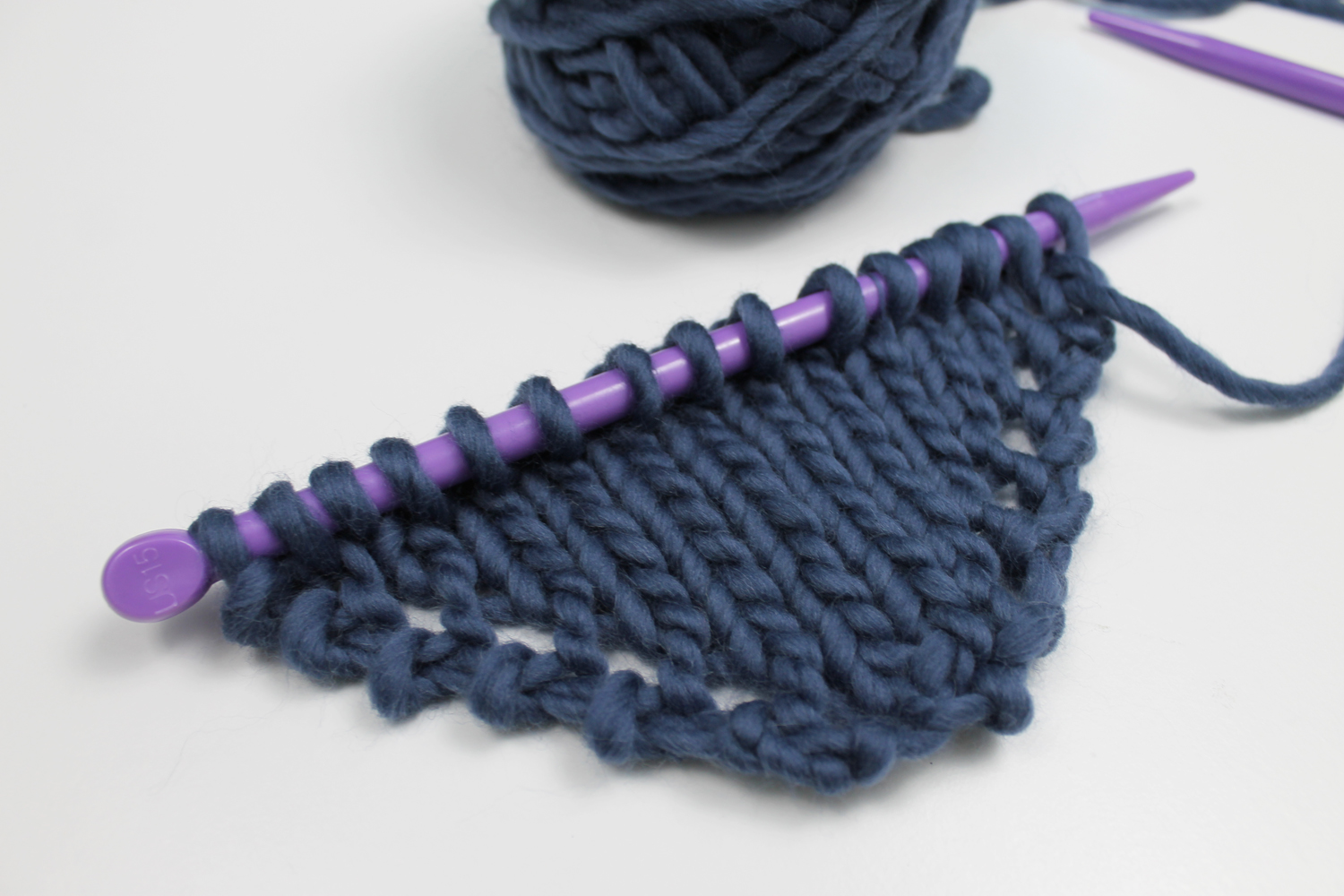 Try this triangle if you… want shape with a decorative edge

This is often the technique used for triangle shawls. 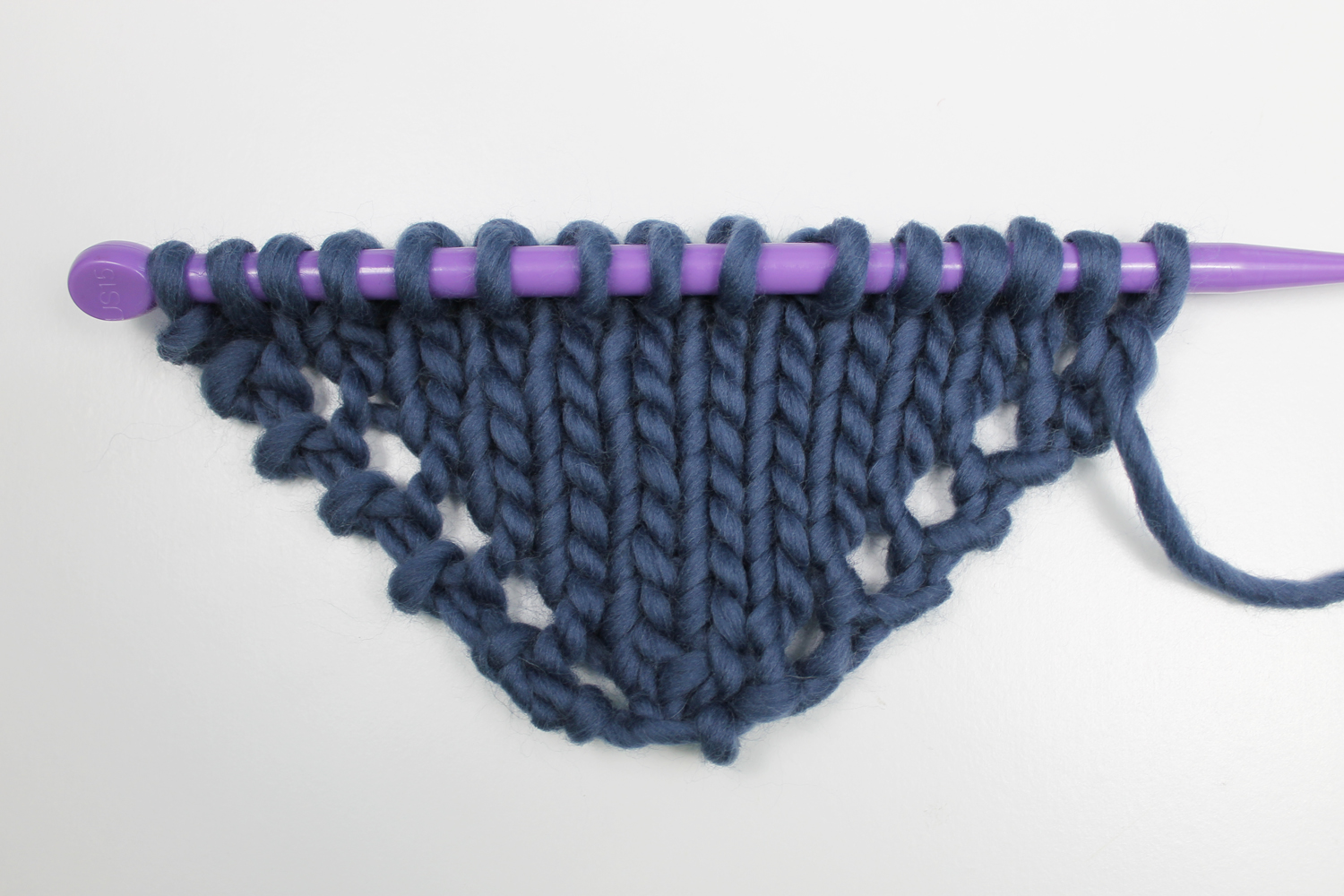 Let’s take a closer look at the yarn over increase. 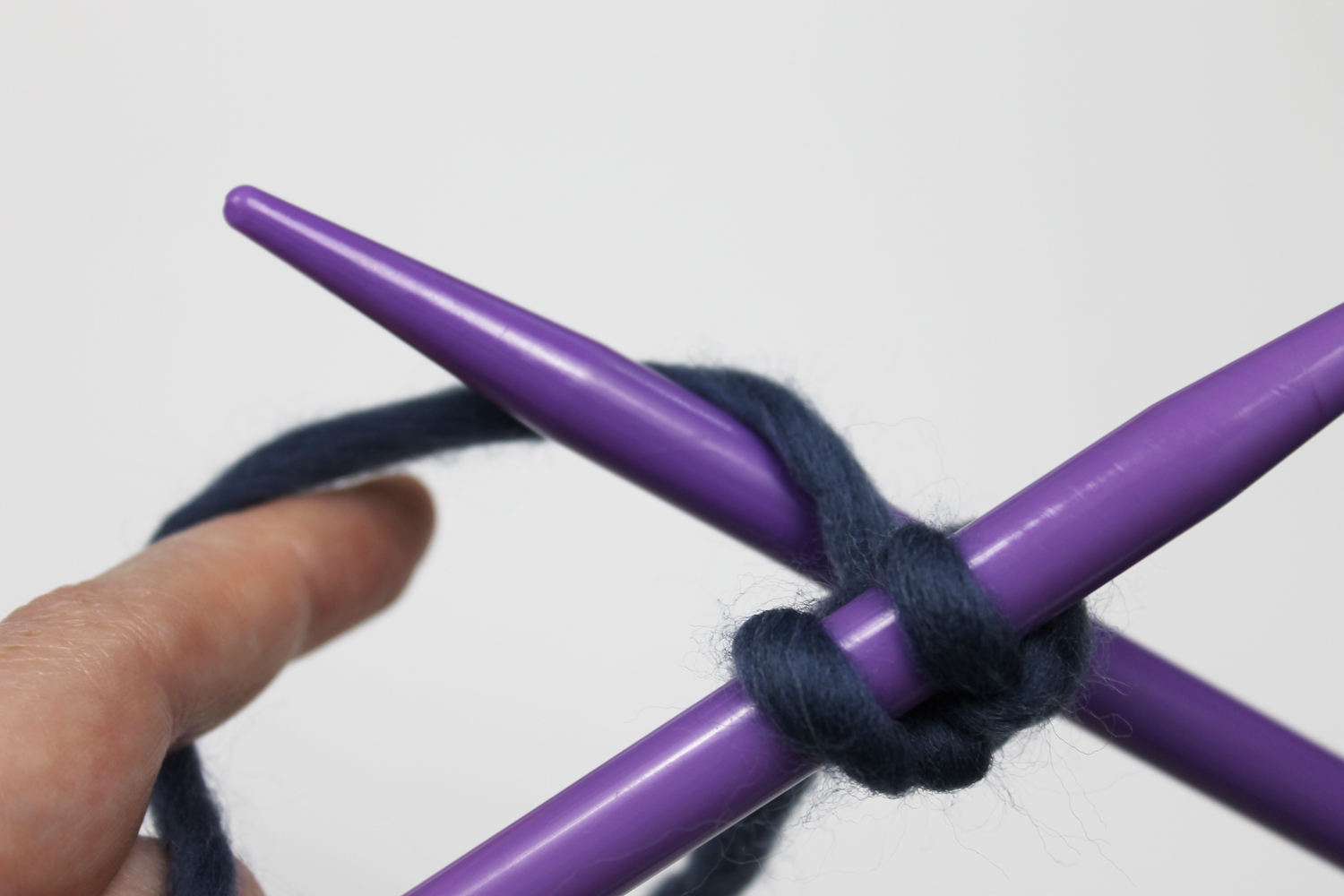 To increase, simply wrap the yarn around your needle counter clockwise.

Then knit the next stitch. That’s it! The yarn over will leave a little hole, but don’t worry. That’s exactly what we want to happen. 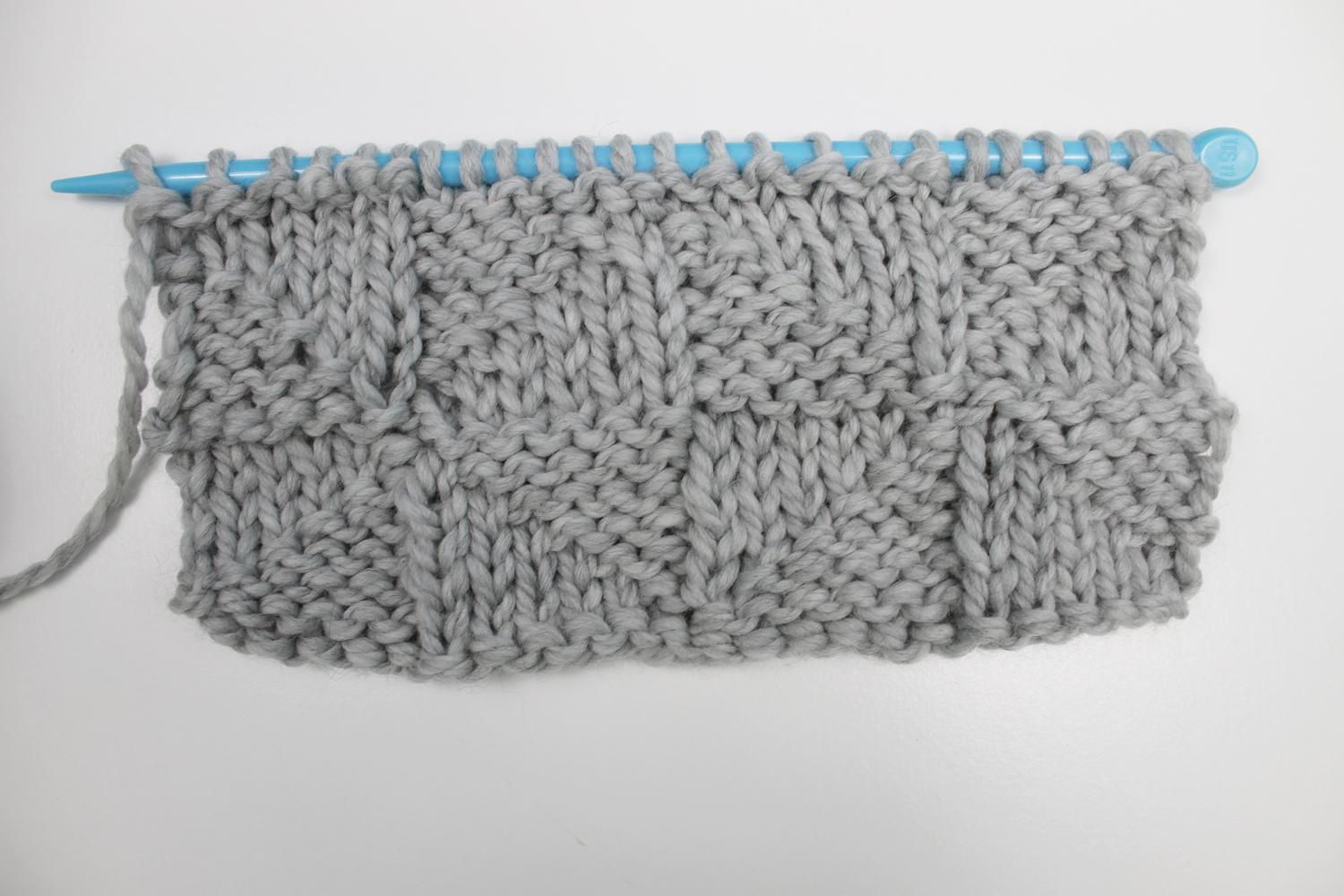 Try this triangle if you… want texture rather than shape

Yarns with great stitch definition, like the Cloudborn Superwash Merino Bulky I used, are a great choice for this stitch since it helps define the shape of the triangles.

What’s your favorite way to knit a triangle and put it into a design?

2 Responses to “Traditional, Textured & Decorative: 3 Ways to Knit a Triangle”
Sign up for our newsletter.
Stay connected to Craftsy experts.
Access over 1,500 Premium classes
BECOME A MEMBER