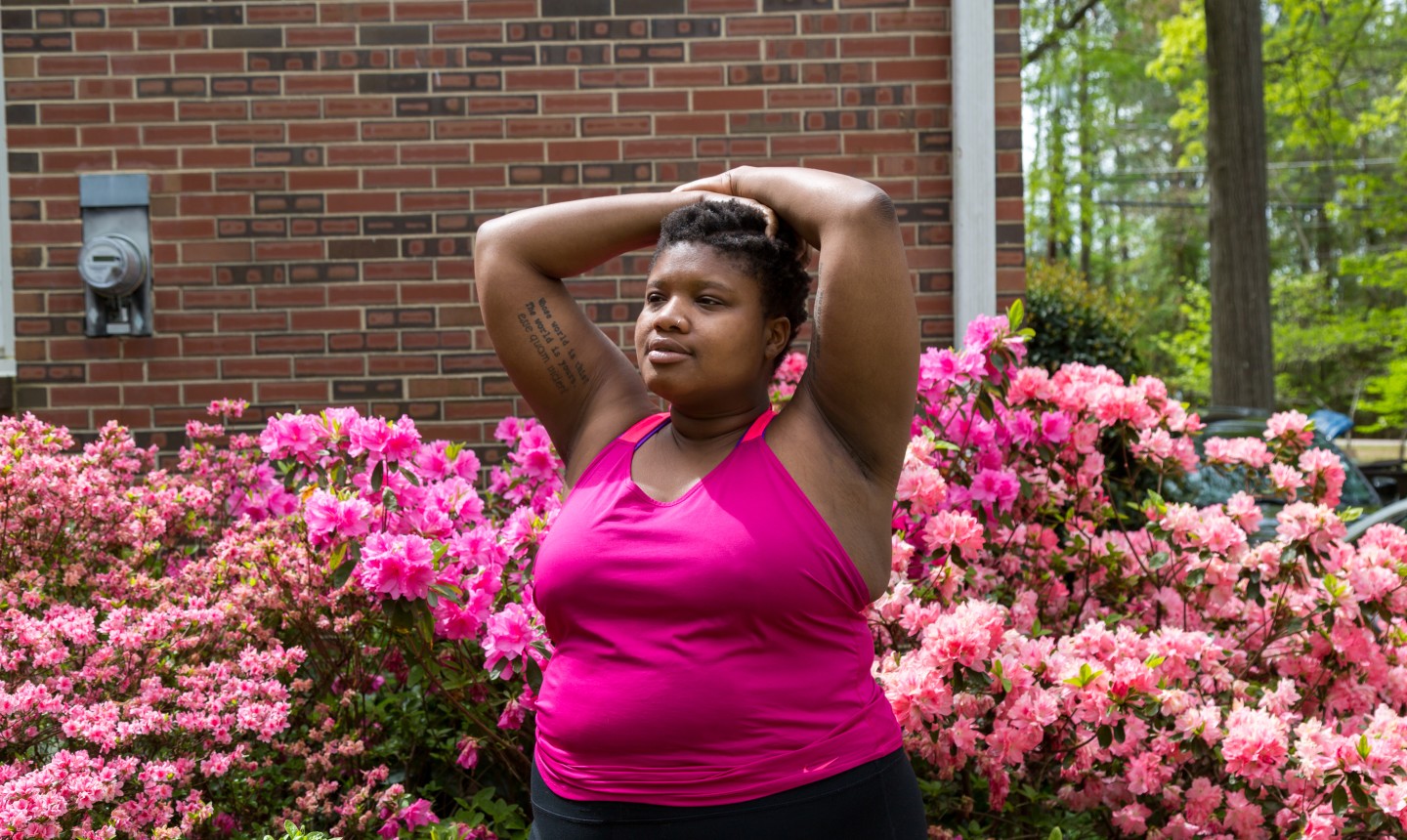 Even if you aren’t one of @mynameisjessamyn‘s throngs of IG followers, you’ve probably heard of her book Every Body Yoga, or seen her featured in the seemingly-everywhere Kotex campaign, or picked up on the buzz she’s garnered everywhere from Yoga Journal to CNN.

But when Stanley first started practicing yoga as a stressed-out, conflicted college student, she was pretty self-conscious about the whole thing. A self-described “black, queer person who grew up in the American South,” — also, by the way, plus-size — she broke down every stereotype in those first hot, sweaty Bikram yoga classes full of barely-clothed people posing in front of mirrors.

That self-consciousness is long gone, replaced by an awesome blend of strength and calm that goes way beyond the surface. We caught up with Stanley, a subject in our Spark series, to find out how she reached — and stays in — such a good place.

Stanley first got serious about yoga on her own, at home, because she preferred that solo practice to the out-of-place vibe she felt in traditional studios. But when she started posting pictures of her poses online, she realized she was far from alone. So many people contacted her to say, “I didn’t know fat people could do yoga, how did you get started?” Her book answers that question through a mix of memoir and self-help. “Somebody just needed to say in detail, but in layman’s terms, how you start practicing yoga today — not tomorrow, not like 50 pounds from now, but right now, where you are.”

“I have a lot of rules,” says Stanley. She schedules meditation and yoga practice on her calendar. And she’s strategic: “I have all kinds of little tricks. I roll the mat out in the middle of the hotel room in a really inconvenient place so I that I have to continuously walk around it. Maybe my posture for today is gonna be child’s pose, and that’s it, that’s all I gotta do. And then once you’re in child’s pose, you’re like ‘ahhh, cat-cow would be so good right now,’ and, before you know it, you’re doing sun salutations.”

3. Don’t Try to Be Anybody Else

The best advice she was ever given? “Stay in your lane. Get to know and love your lane so you don’t feel compelled to get in anyone else’s lane. The race horse that falls is the one who looks to the left or the right.”

4. Get Your Priorities Straight

“I think it’s really important that all human beings find some kind of practice that allows you to access your deeper levels of creativity,” Stanley says. “If you love something, then it’s worth doing. That’s enough reason to do it.”

6. Love Yourself — Past, Present, Future. They’re All Connected

When asked to compare her college-aged self to her present self, she says “It feels like the same space. It’s kind of like you live in the same house, but you redecorate. I feel a very direct connection to the person I was when I first started practicing, in the same way that, I can only imagine, ten years from now I’ll feel a connection to who I am right now.”