The star tip is one of the most beloved piping tips for cake decorating. Why? Because of the dazzling array of creative ways to use your star tip to create impressive effects with buttercream. 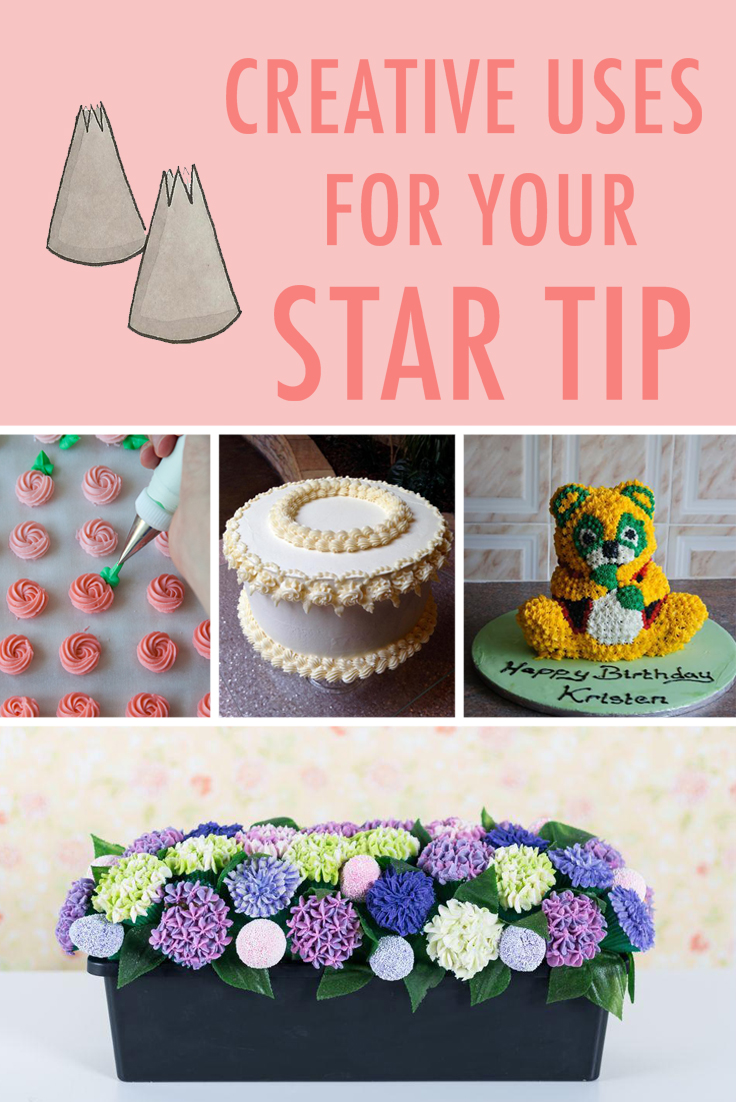 Used to create all sorts of piped effects in buttercream and royal icing, from satin-textured scrolls to fanciful rosettes to all-over fuzzy textures, the star tip is a vital part of any cake decorator’s toolbox.

These examples for how to use your star tip in cake decorating are bound to get you inspired to create something sweet. 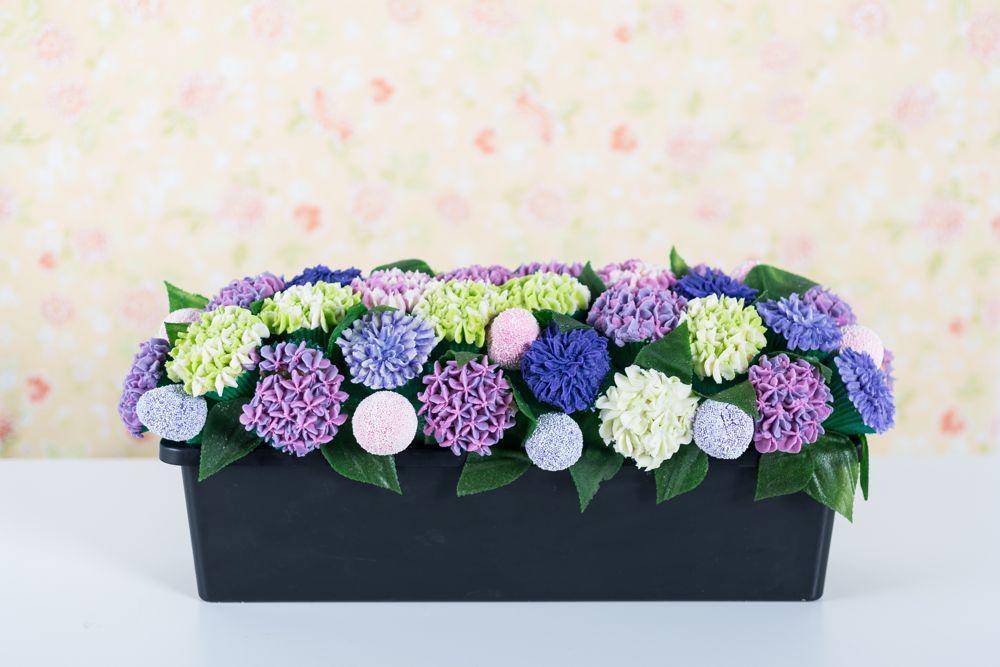 You may not believe it, but this planter isn’t full of flowers…it’s full of beautifully decorated cake! What look like bright blossoms are actually an assemblage of cake pops and buttercream-topped cupcakes.

The star tip was an essential tool in creating this vibrant display: the violet cupcakes facing the front of the planter, as well as the chartreuse colored ones throughout the arrangement, are piped with dots of tinted buttercream using a star tip; it has a cumulative effect of looking like fresh flowers.

Learn how to make realistic cake bouquets like this in Sonya’s online class Fresh Arrangements: Buttercream & Beyond. 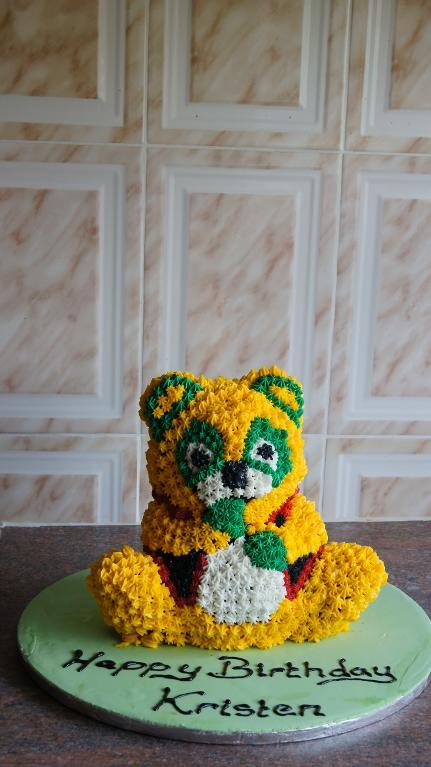 While this resembles a fuzzy bear from a few steps back, when you look closely, you’ll see that the texture on this creature is actually the result of many tiny piped dots, made using a star tip. The unique shape of the dots piped from a star tip add up to a fuzzy texture from afar. This effect can be used to show texture on animals and beyond in your cake decorating.

Learn the basics of piping with the Craftsy class The Wilton Method: Buttercream Basics. 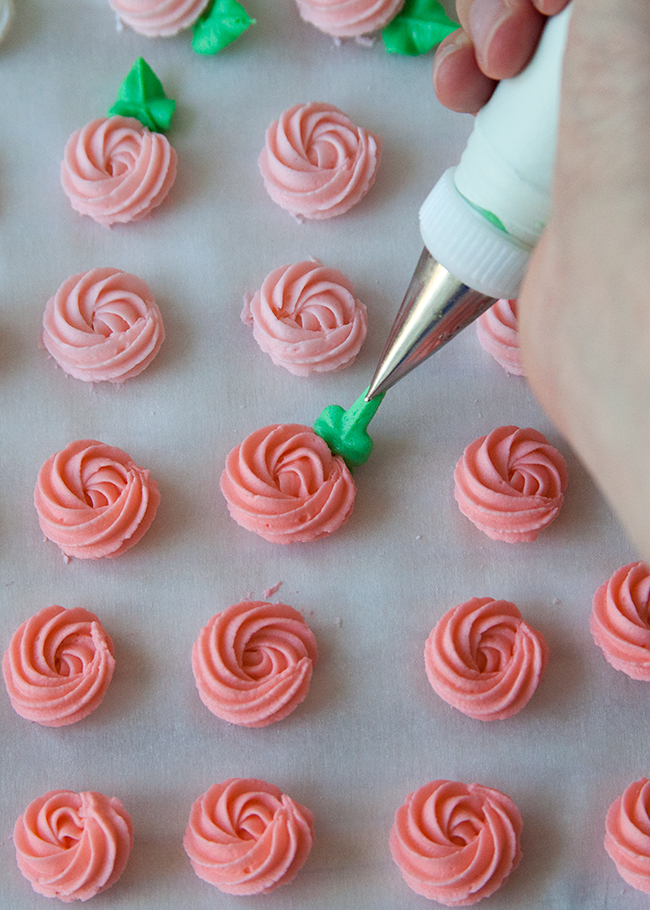 How adorable are these mini rosettes? Using your star tip to pipe mini rosettes from royal icing is easy to do, and the results are super sweet. Since royal icing decorations can be stored for a long time (several months), you can make a bunch of these sweet little morsels and use them for cake decorating projects for months to come. 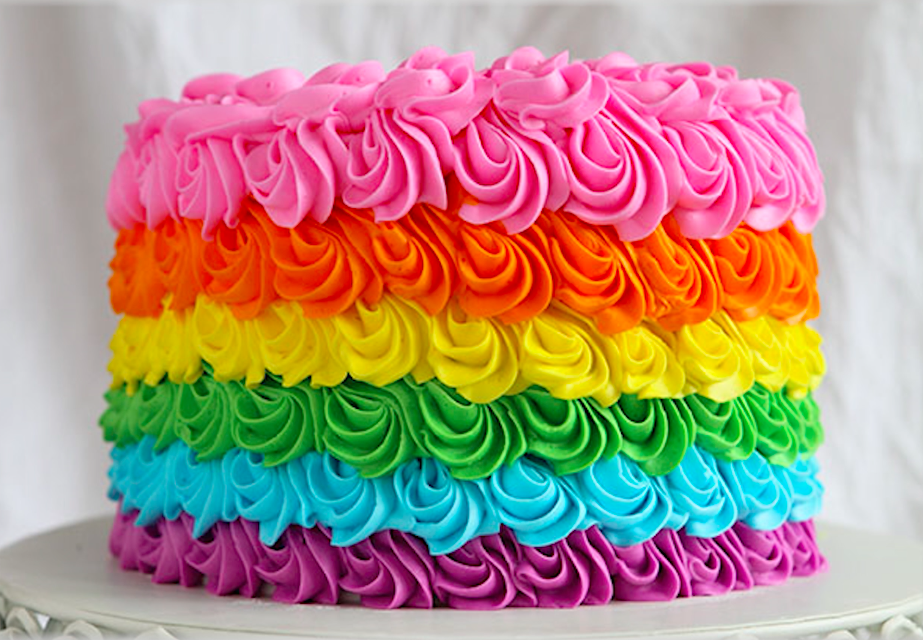 Stars and rainbows make for a natural pair. In this case, it’s rainbow buttercream and a star tip that come together to compose a truly magical cake. One color at a time, swirls of buttercream were applied in rows, forming an absolutely show-stopping cake. This effect can be used for single-color cakes, too, or for a particularly pretty Neapolitan-hued cake. 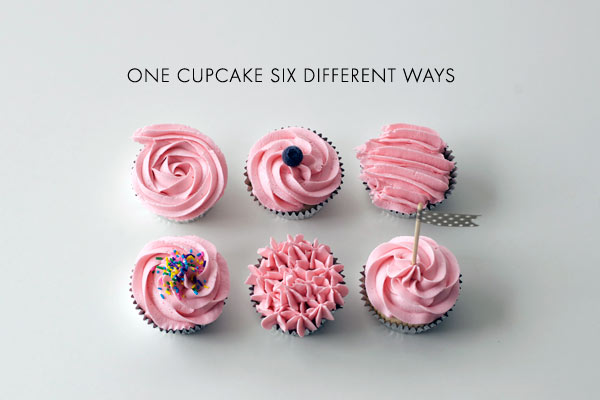 What do all of the above cupcakes have in common? Not only are they all pink and cute, but they’re all decorated with a star tip. This array of cupcakes is a fantastic illustration of how versatile a single tip can be. The buttercream has a very different look depending on variables such as the amount of pressure applied, the angle of your piping tip, and how you move your hand as you apply the buttercream. For instance, piping buttercream in a flat spiral can yield an effect as shown on the cupcake on the top left; piping in a slightly spiraling puff of buttercream from above can yield a cupcake like the one lower right. 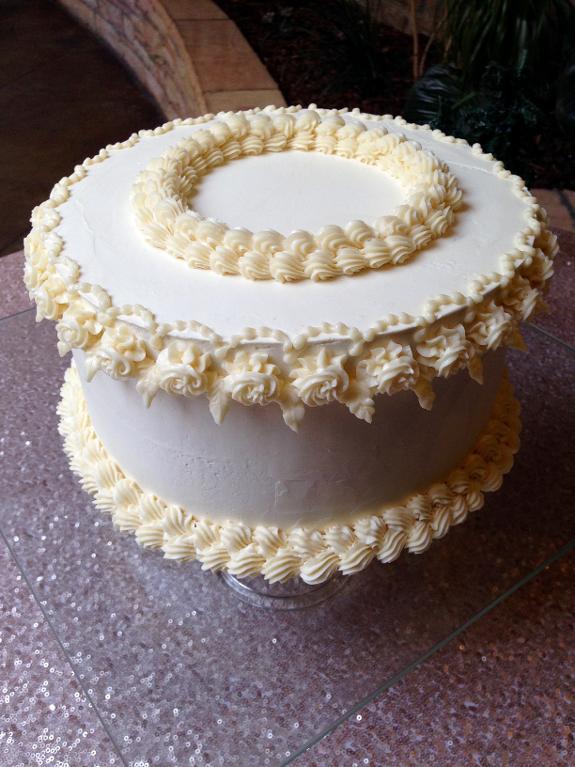 This cake masterpiece, decorated in the Lambeth method, was created with a little help from a star tip. Applying buttercream with varying pressure while lifting and lowering the piping tip results in the pretty scallops on the top of the cake; the rosettes along the top edge of the cake, and the border on the bottom of the cake, were all also made using a star tip.

For more tips on how to create works of cake art in the Lambeth method, check out the Craftsy class Learning the Lambeth Method. 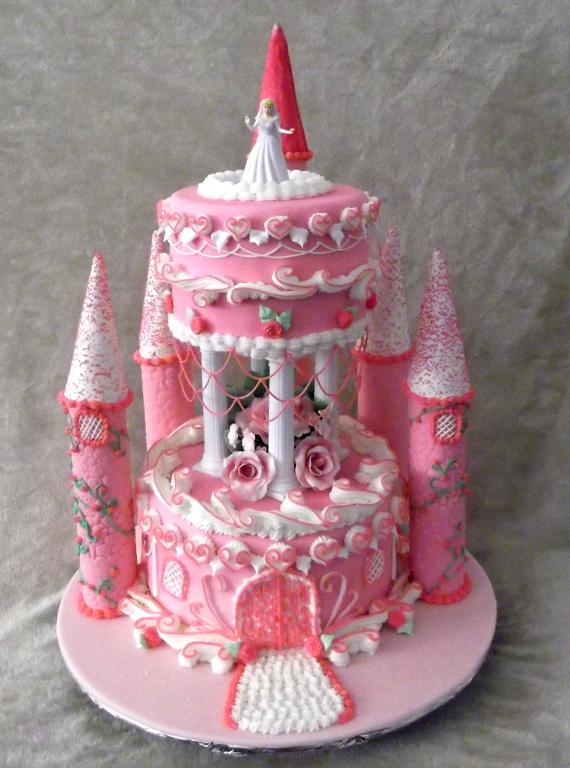 Why not use your star tip to create a little fanciful magic? This cake is chock full of sweet fancy, and it owes plenty of thanks to the star tip, which is used from top to bottom. Key points include the pattern in the walkway up to the castle, which is composed of dots piped with a star tip, bordered edges on the tiers, and the scalloped pattern surrounding the princess on top. This is truly a cake fit for a princess!

What’s your favorite creative use for a star tip?