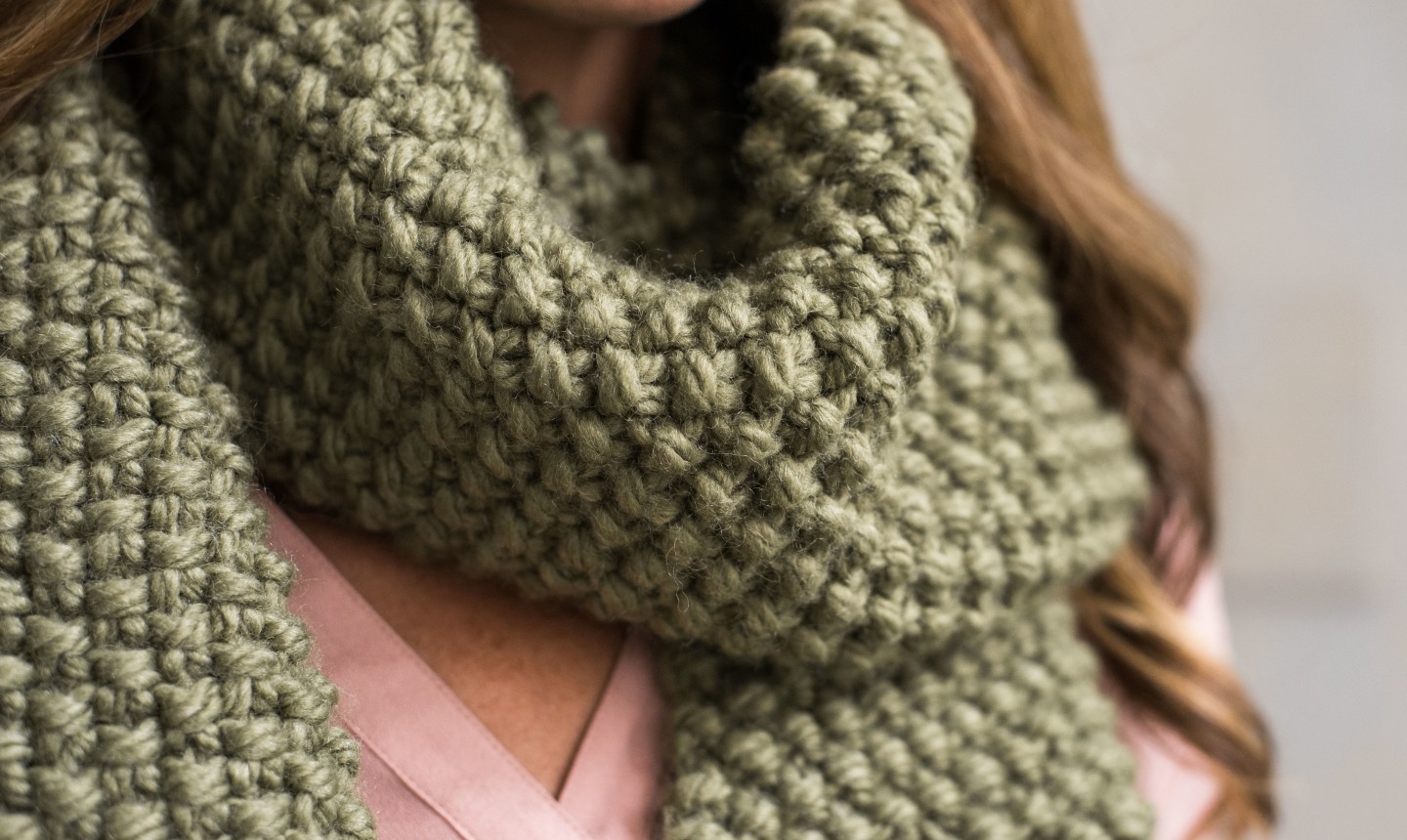 The seed stitch is one of my favorite knitting stitches because it adds a texture to the knit that looks really complicated, even though it’s actually simple. If you know how to knit and purl, you’re ready to try seed stitch.

This is the seed stitch as you’d find it written in a pattern:

The trick to the seed stitch is knowing when to knit and when to purl — you know, just in case you lose your place while knitting.

Once you’ve completed the first row, you’re going to be doing the exact same p1, k1 across the second row, except this time you’re going to knit the purls and purl the knits.

Say your house catches fire and you need to stop knitting. (You’ll run out of the flaming home with your knitting in tow, of course.) How can you tell what stitch you’re on? I always like using Debbie Stoller’s illustration from Stitch ‘N Bitch: The Knitter’s Handbook as an example. Debbie says that purl stitches —which have the rounded bump — look like they have a little noose around their necks, while knit stitches — which have the little V — look like they’re wearing a scarf. 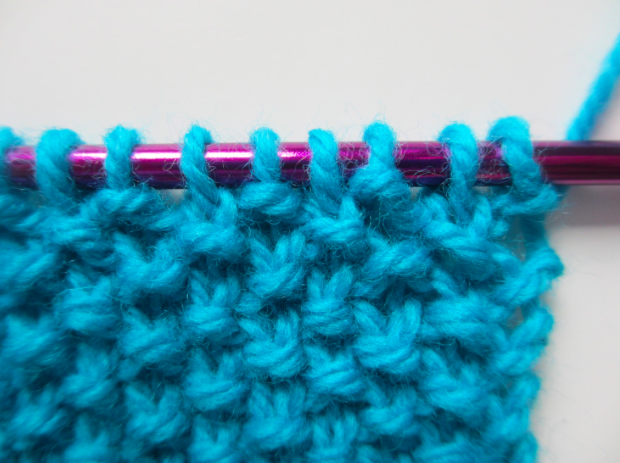 Take a look at the difference in the photo above. Notice that the first stitch on the needle all the way to the right has the little noose around its neck. That’s a purl stitch.

The stitch beside it is wearing the scarf (the V) around its neck. That’s a knit stitch. Notice how the knit and purl stitches alternate across the needle in seed stitch.

Let’s say your knitting was interrupted. You picked up the work again, and the next stitch on the needle is a purl stitch. (We know it’s a purl because of the noose around its neck, right?) 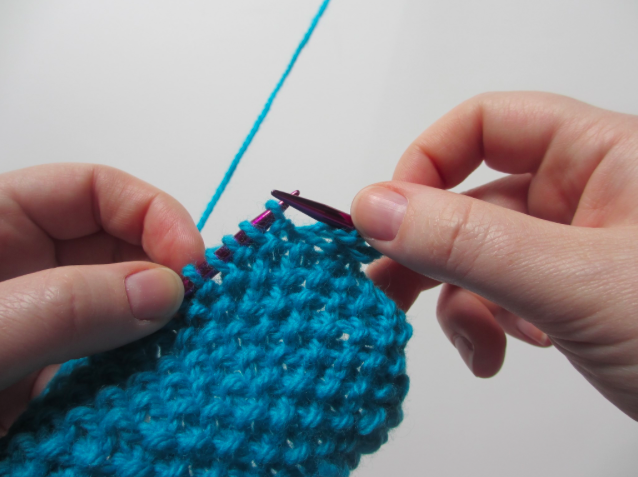 Remember that we knit the purls. So we’ll knit into that purl stitch. 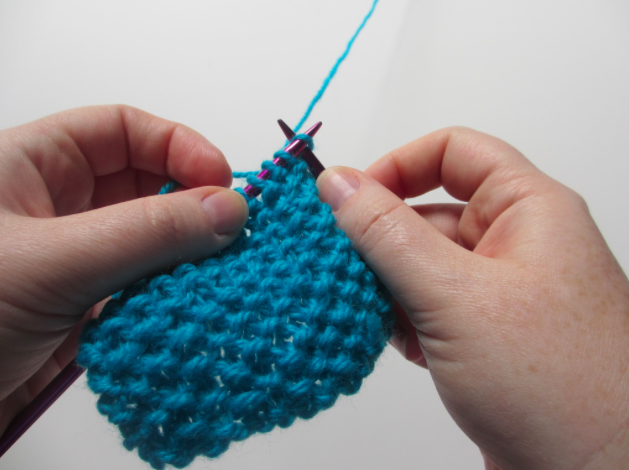 Now let’s say you pick the knitting back up and see a knit stitch is next. (We know it’s a knit stitch because it has a little scarf or V around its neck.) 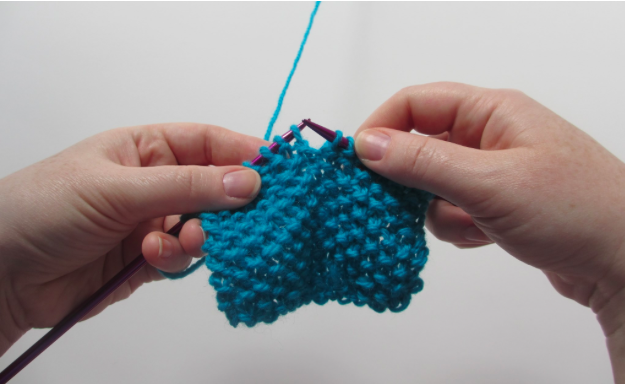 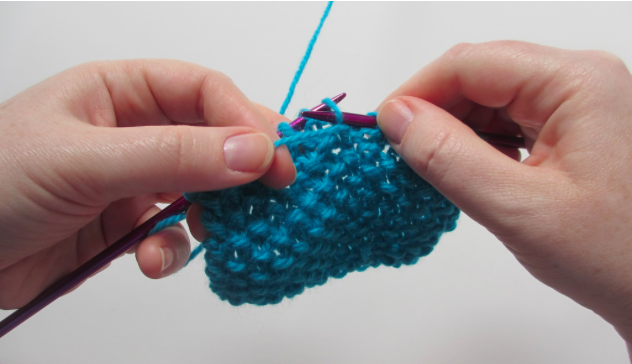 Pro Tip: If you’re new to working knits and purls in the same row, make sure you move your yarn under the needle when you switch between stitches: that way you won’t create an extra stitch by going over the needle.