While drawing animals is one of the post popular subjects in the artist community, drawing pets presents a challenge when it comes to realistically depicting the eyes. If they don’t look right, other parts of the drawing can’t substitute or balance out the crooked or uneven eyes. So, let’s look at how to draw cat eyes realistically.

Essentially, a cat’s eye has the same anatomy as a human: each eyeball sits back in the skull and is partially covered by the eyelids. So, just like drawing a human head, sketch out the placement of features using lines. Divide the face in half and position the eyes on a line. Usually, the distance between the cat’s eyes is the equivalent of one eye. 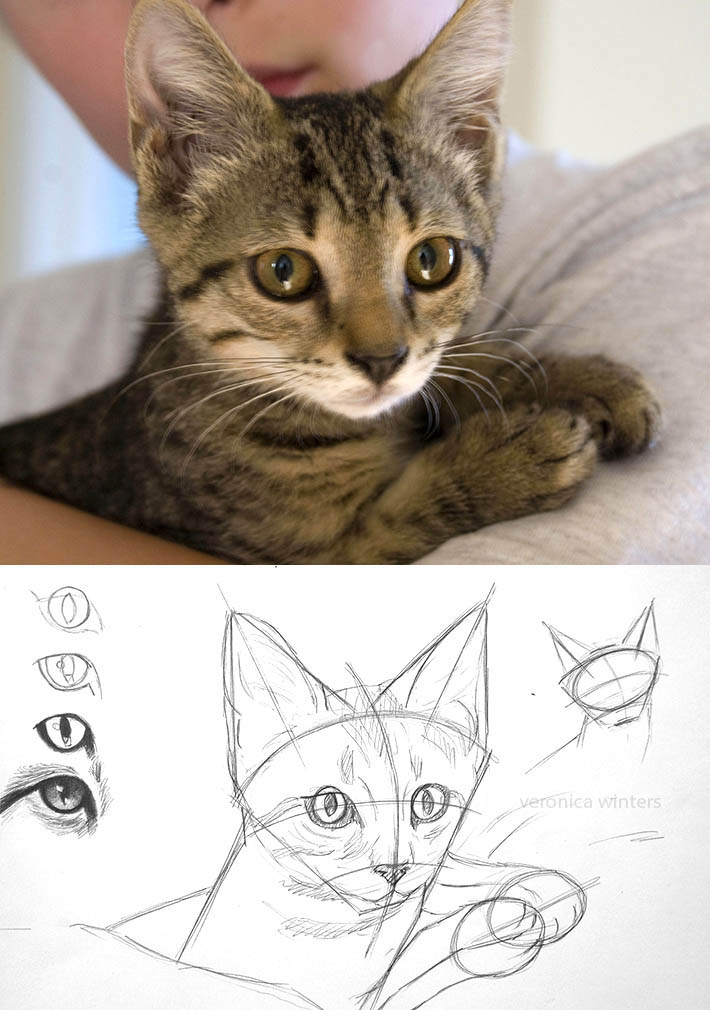 Start drawing the eyeballs with a round shape. Then, pay attention to the shape of the upper and lower eyelids. The upper eyelid considerably covers the eye, while the lower eyelid curves around it. The inside corner of the eye is normally lower than the outside corner — you can draw two horizontal lines across the face to align both eyes. 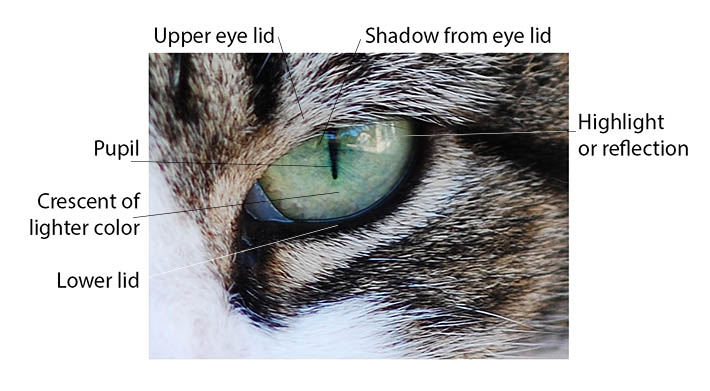 Then, draw capsule-shaped pupils in the eyes and mark a highlight (as shown above). Sometimes the highlights seem to be absent because of a reflection caught in the eye. That’s why it’s vital to take a reference picture without the flash. Plus, the size of a cat’s pupil changes in accordance with lighting conditions — the dimmer the light, the larger the pupil.

A smart trick: When the basic features are in place, rotate your drawing upside down to check for mistakes. Awkward or uneven shapes become noticeable. Fix them before you start shading.

When you’re happy with the sketch, begin shading with a softer 4B graphite pencil and a kneaded eraser. Shade the pupil and a shadow cast from the upper eyelid. Without this subtle shadow, the animal looks like it’s staring rather than just looking at you.

Then, shade the black line along the bottom of the eye. These areas use dark, soft strokes without adding texture. It’s important not to lose the roundness of the eye in this step. Outline and shade next to the dark line, and  use an eraser to lift softer lights in the inside corner of the eyes. 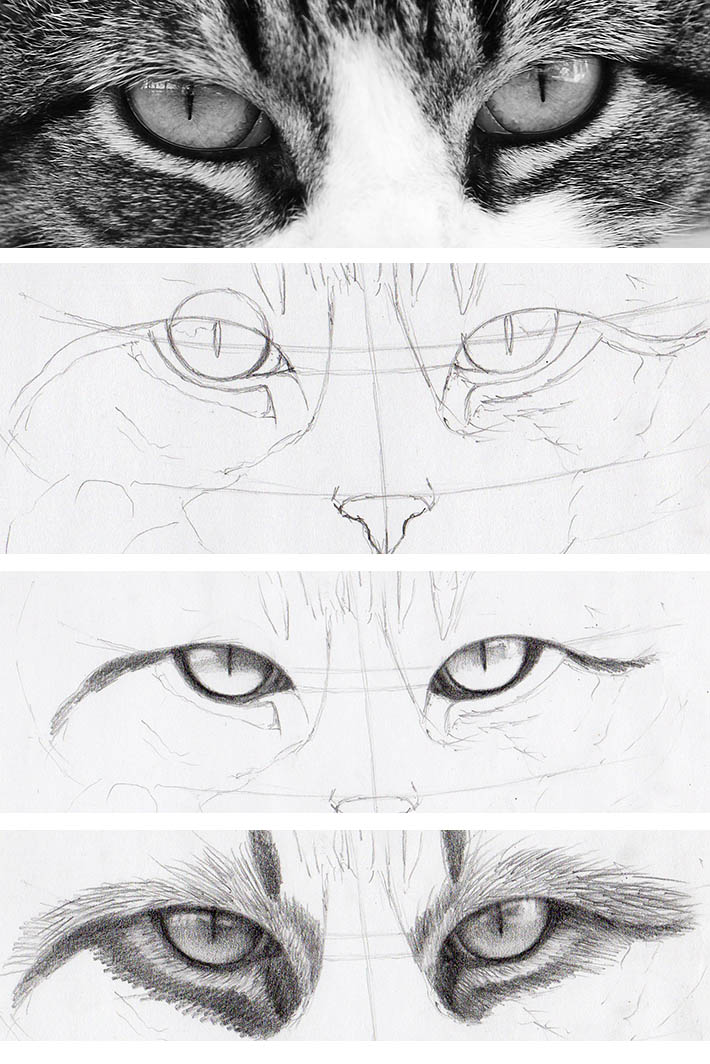 After that, shade a crescent of lighter color in the eye and lift the highlights Blend the graphite with a paper stump if necessary.

The eyes won’t look quite realistic without the surrounding fur. And while there isn’t texture in the eyes, strokes describing the fur are important in realist depiction of cats. To shade the fur around the eyes realistically, pay attention to its length, color and direction.

Many artists trace the contours from their photos onto drawing paper, skipping the process shown above. While it’s a legitimate way to speed up the sketching, you can’t learn the tools of the trade this way. The absence of understanding of basic drawing concepts shows up in your shading even after the “accurate” tracing of the lines. Cameras distort reality, and without the proper knowledge about the subject, you trace the distortions unconsciously and keep them in your art. Instead, work with a reference image to inform your drawing.

Learn How to Draw Better Animals