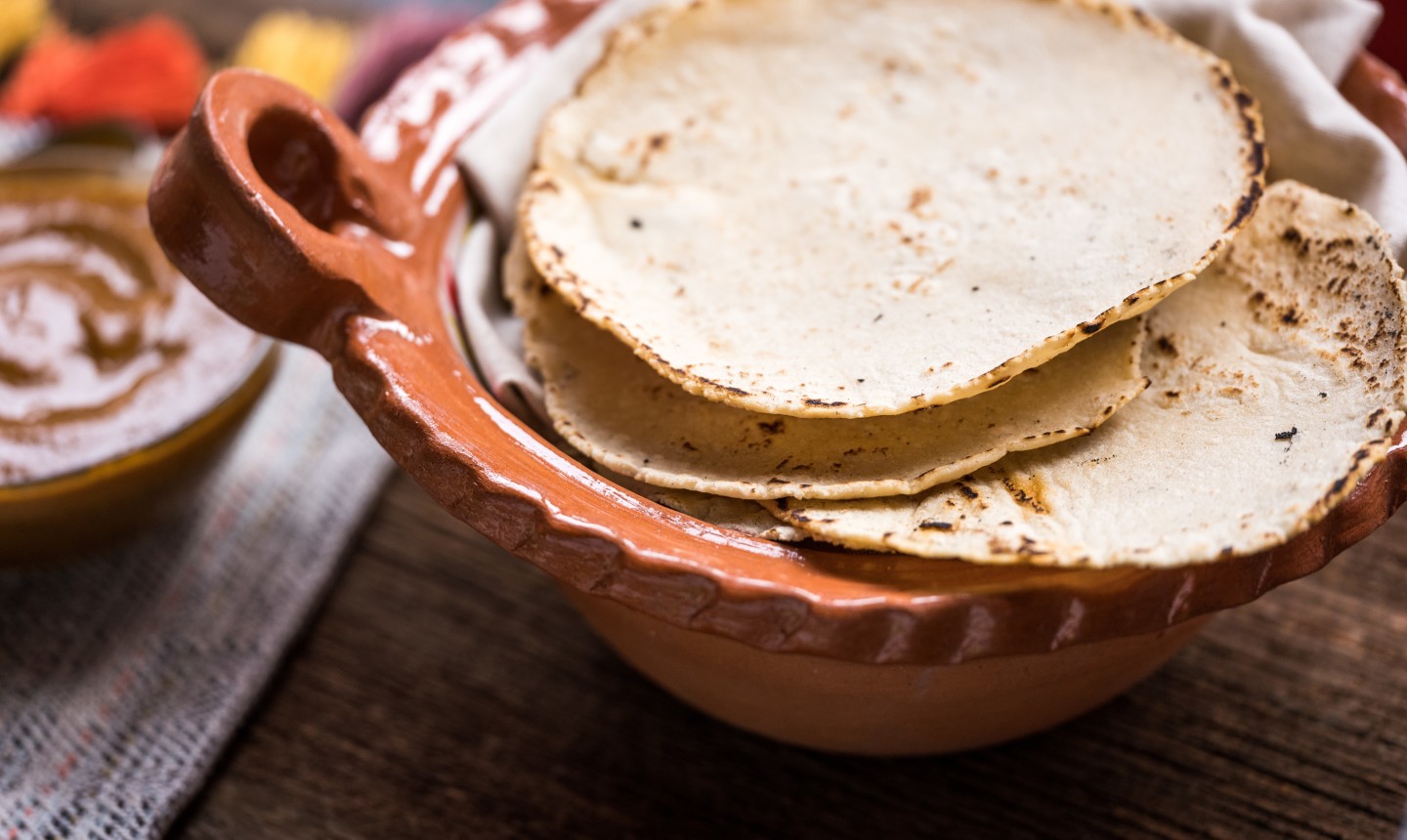 If you’re like us, there’s a bag of tortillas in your grocery cart pretty much every week. And while we’ll never admit to getting bored with our go-to taco setup , it’s always a good idea to mix things up. When we’re feeling ambitious we do that by making corn tortillas from scratch using our trusty tortilla press. Those DIY tortillas make us wish every day was Taco Tuesday.

1. Prep the Griddle and Dough

Heat a heavy rectangular griddle (or two skillets) to two different temperatures: one side (or one skillet) over medium to medium-low, the other over medium-high.

As the griddle heats, knead the masa with just enough water to make it soft, but not sticky. It should feel like soft cookie dough.

Lay one square of plastic on the bottom plate of a tortilla press. Scoop out a walnut-size piece of dough, roll it into a ball and center it in the middle of the plastic. Cover with a second sheet of plastic and close the press. Use the handle to flatten the ball into a 5- to 6-inch disk. Turn the plastic-covered disk of masa 180 degrees and press gently to even the thickness.

Quickly lay the tortilla on the cooler side of the griddle or in the cooler skillet. Don’t flip it off your hand; instead, as you slowly sweep the tortilla away from you, let the dangling part catch on the hot surface, then roll your hand out from under it.

Cook for 15 to 30 seconds — just until the tortilla releases itself from the griddle. It’ll look just a tiny bit dry around the edge, and that’s how you want it. Don’t leave it too long or it will turn out dry and heavy.

Flip the tortilla onto the hotter side of the griddle or into the hotter skillet and bake until splotchy brown underneath, about 30 to 45 seconds. Turn once again, still leaving it on the hot side, and cook another 30 to 45 seconds to brown. During these last few seconds of cooking, a perfectly made tortilla will puff up like pita bread. (Though an unpuffed tortilla won’t be as light, it’ll still taste good.)

Transfer to a cloth-lined basket and continue making tortillas, stacking them one on top of another and keeping them covered. As the cloth traps the steam, the tortillas will complete their final little bit of “cooking.”

Adapted from “Mexico One Plate at a Time” by Rick Bayless, ©2000 by Rick Bayless. Reprinted by permission of Scribner, a Division of Simon & Schuster, Inc.
Comments