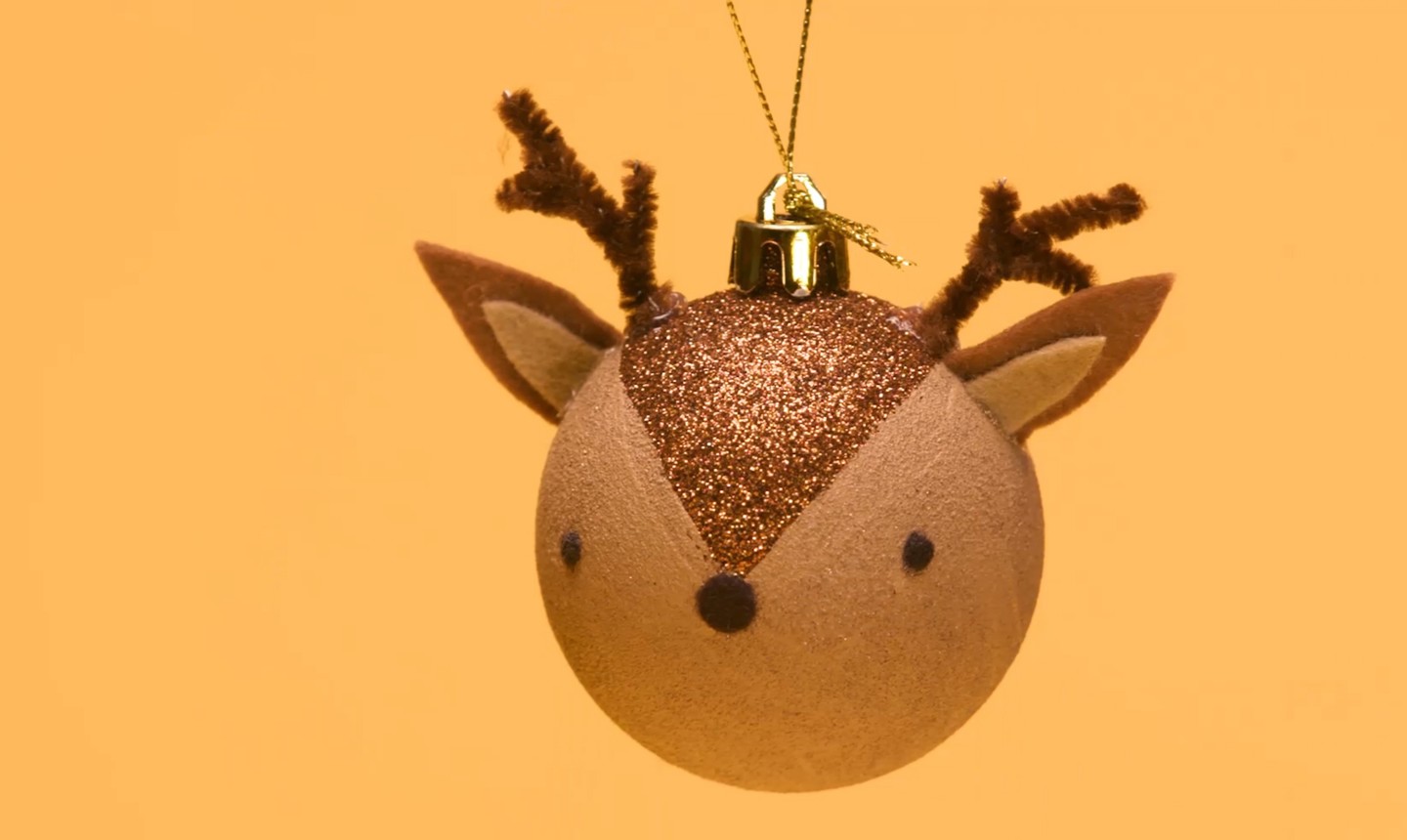 You can take the tree out of the forest, but why take the forest out of the tree? This DIY decks your Christmas tree with adorable woodland creatures, and we can’t get enough of them!

For this tutorial, we’re focusing on the reindeer. But don’t worry — we give you the know-how for making each animal below.

Pro Tip: You need hot glue for some portions of this project, but for gluing on the felt eyes and nose, we suggest you use white glue instead. Just use a toothpick to apply the glue to the back of the felt and stick it on. This prevents you from burning your fingers with the little pieces, and makes the application less messy. 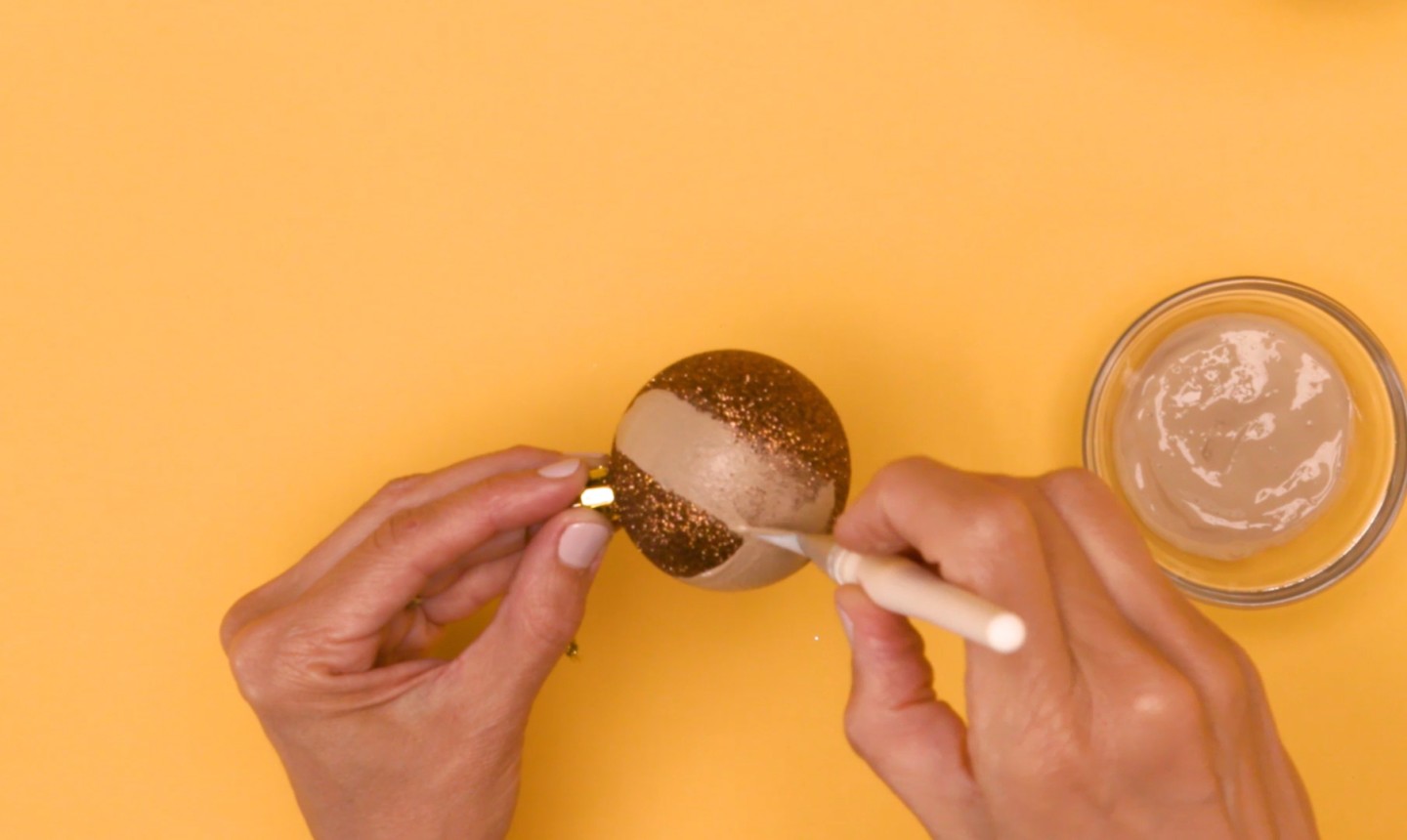 Dip your paint brush and coat the ornament, leaving some of the surface uncovered. This is an easy way to create the animal’s pattern with just one paint color. For the deer we’re making, leave an elongated teardrop shape untouched at the top of the sparkly brown ornament. 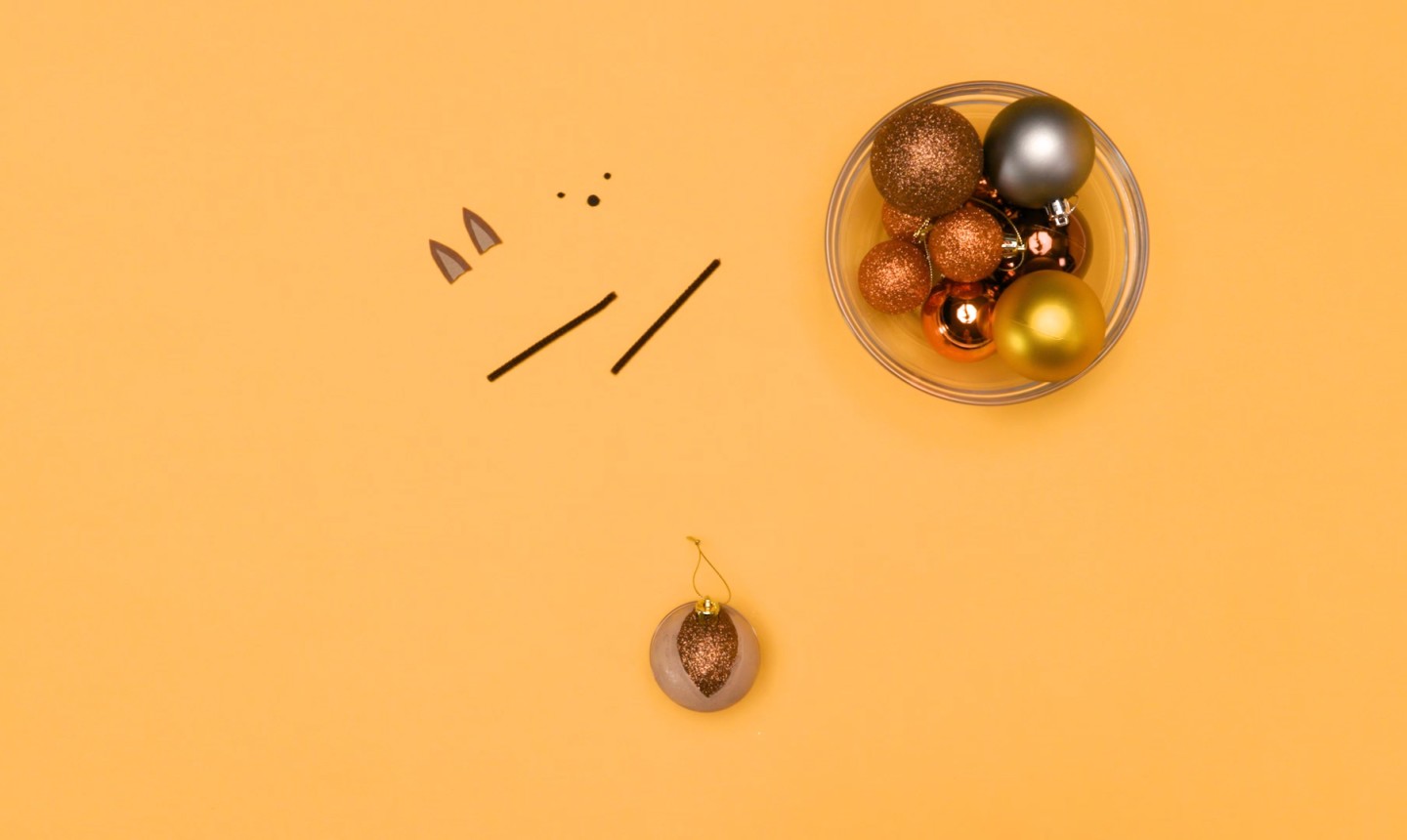 Cut two different colors of brown felt into triangles. Make sure the dark brown triangles are larger than the light brown triangles, and glue the lighter triangles on top of the dark. These are the deer’s ears.

Then, use a hole punch to cut out three circles of black felt — two for the eyes and one for the nose. Use two different hole punches to make the nose a bit bigger than the eyes. 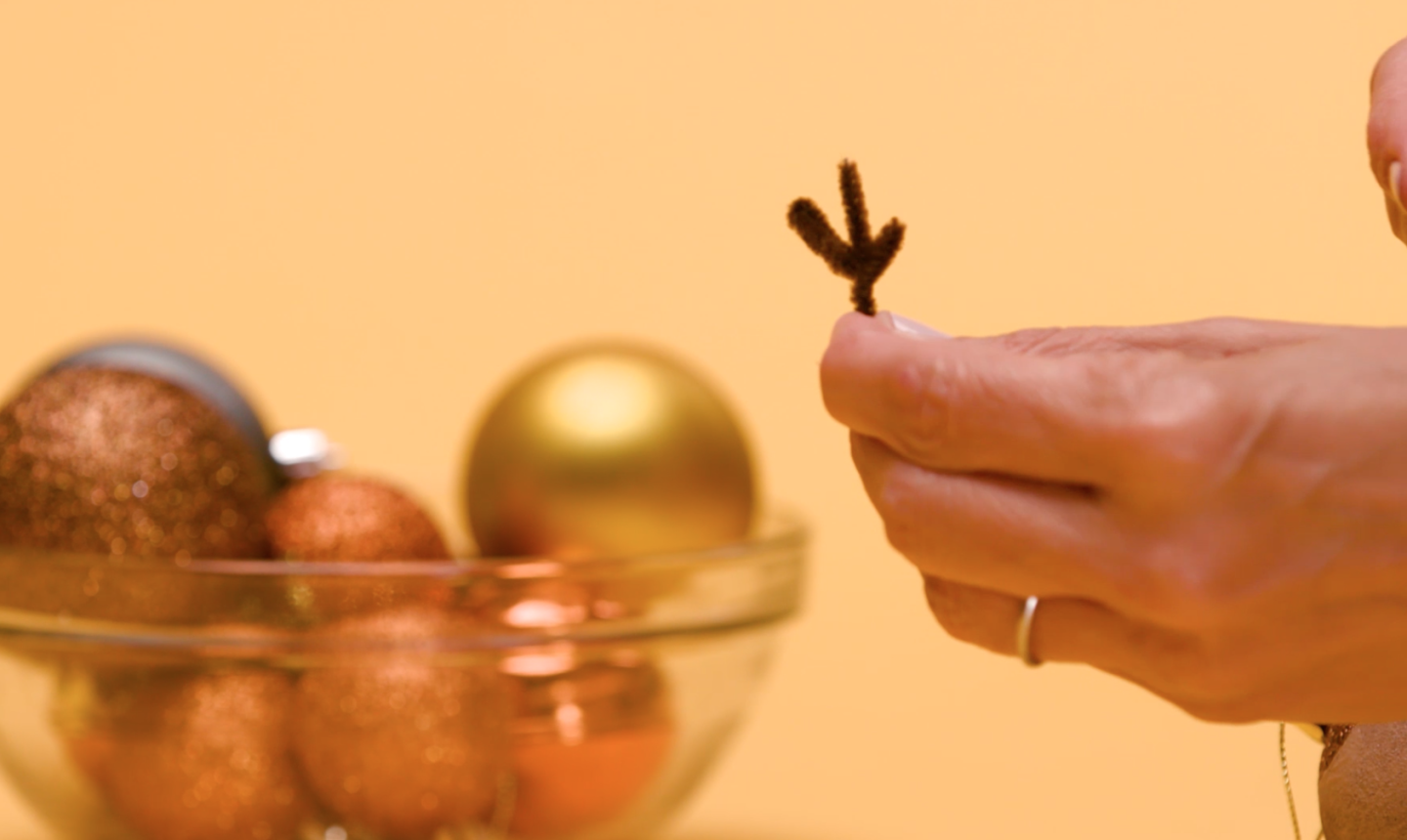 Bend and twist the brown pipe cleaners so they look like antlers. Give ‘em as many prongs as you want — there’s no wrong way. 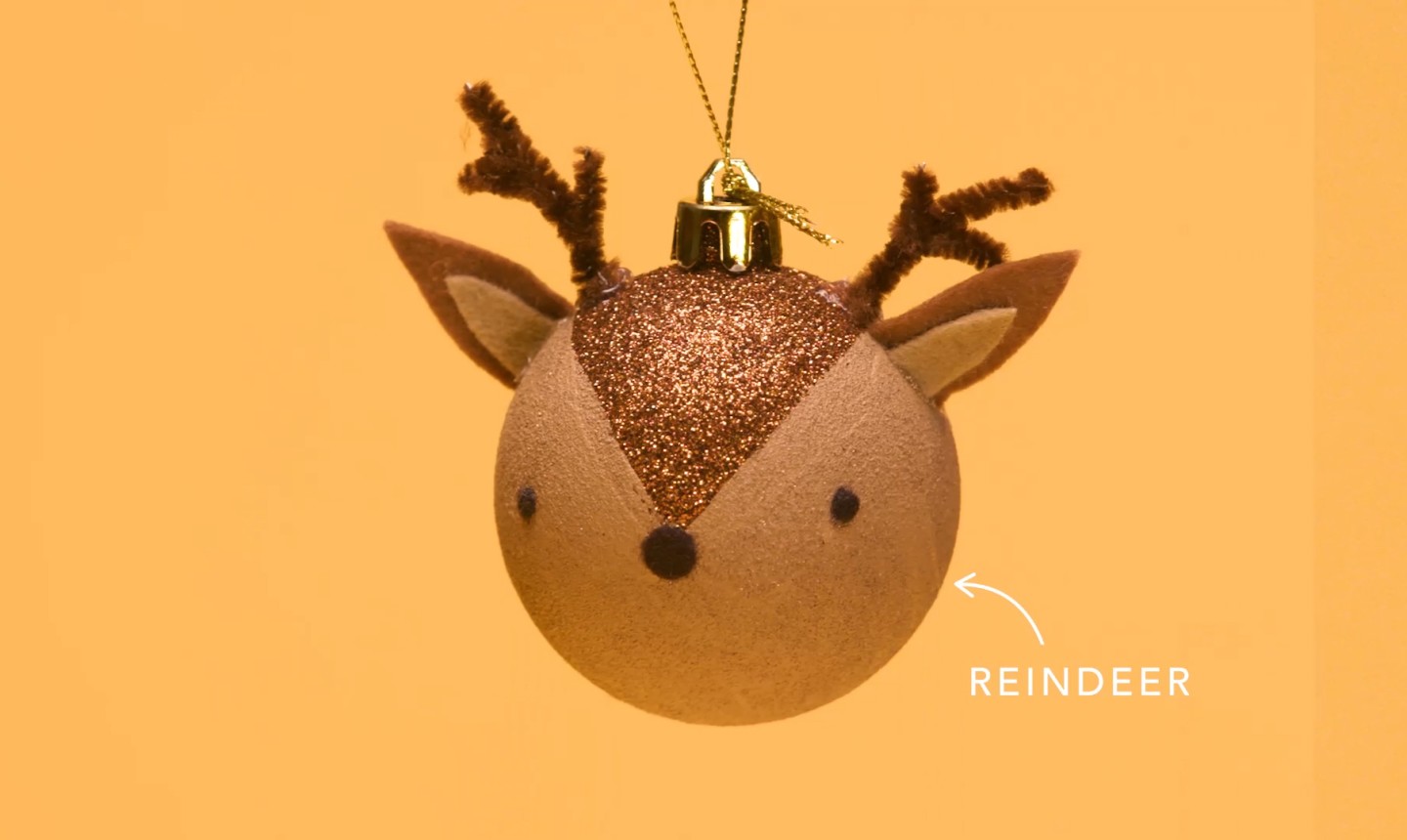 Use your hot glue and white glue to secure the felt ears, pipe cleaner antlers, eyes and nose to the ornament. Then make a few more animal friends and let ’em loose on your tree!

To Make the Fox 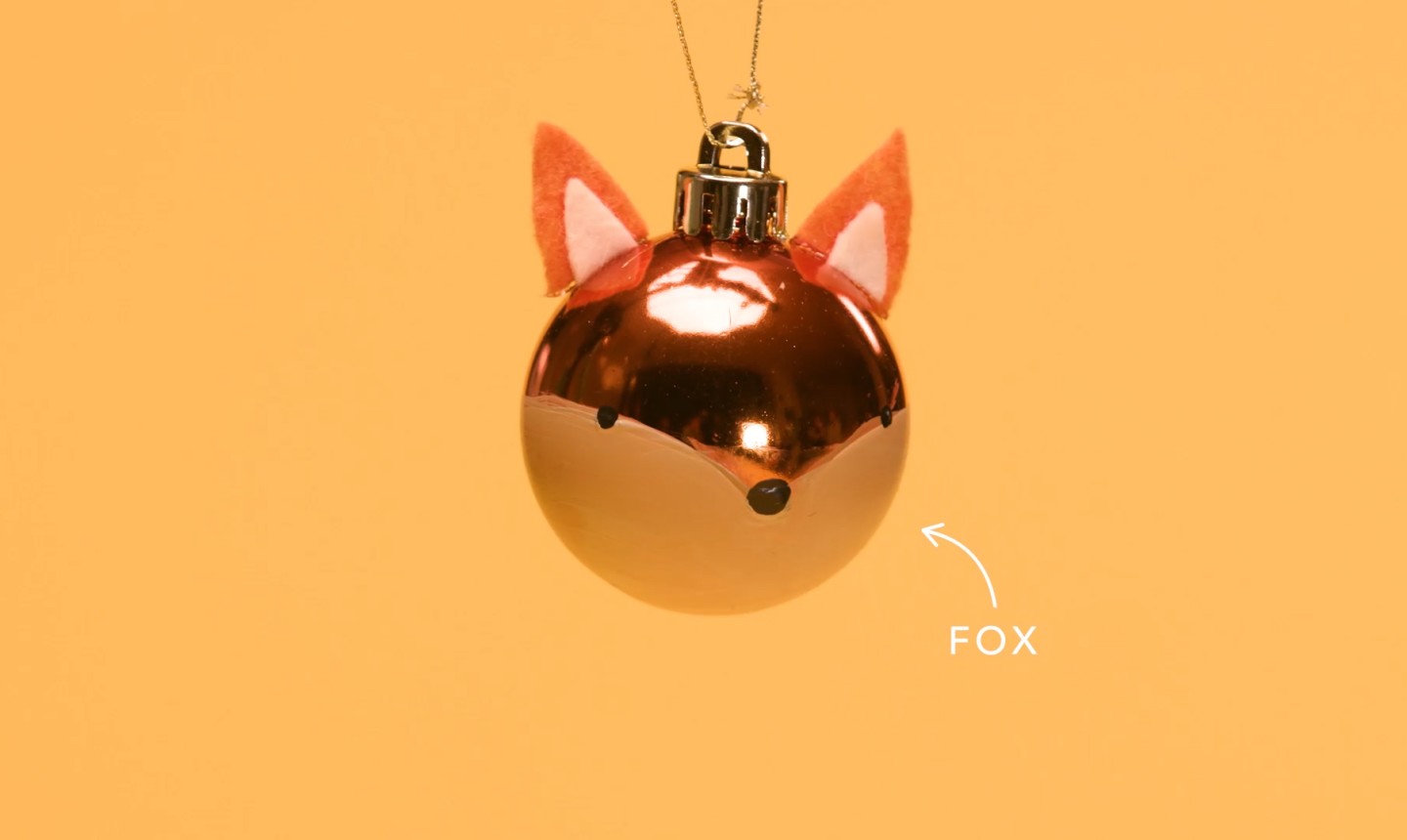 Cover the bottom half of an orange ornament with tan paint. Cut out orange and white felt ears and glue them to the ornament. When the tan paint is dry, dot on a nose and two eyes with black paint.

To Make the Raccoon 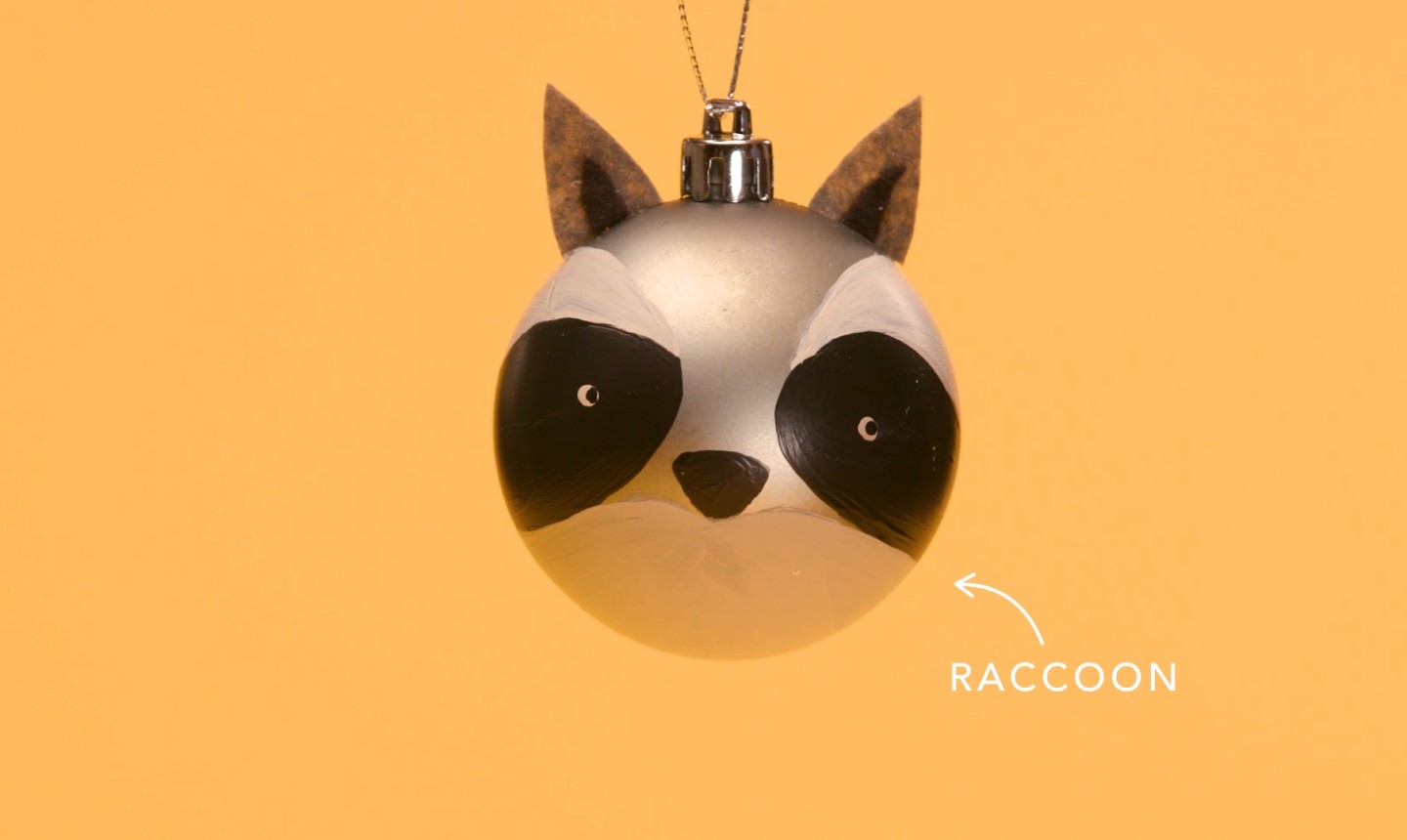 Cut two gray triangles and two black triangles for the ears, and glue ’em to the ornament. Paint the black eye bands and nose. Allow to dry. Paint the gray stripes above the eyes, and paint a gray chin. Dot two gray eyes. Once dry, paint two little black pupils.

To Make the Bear 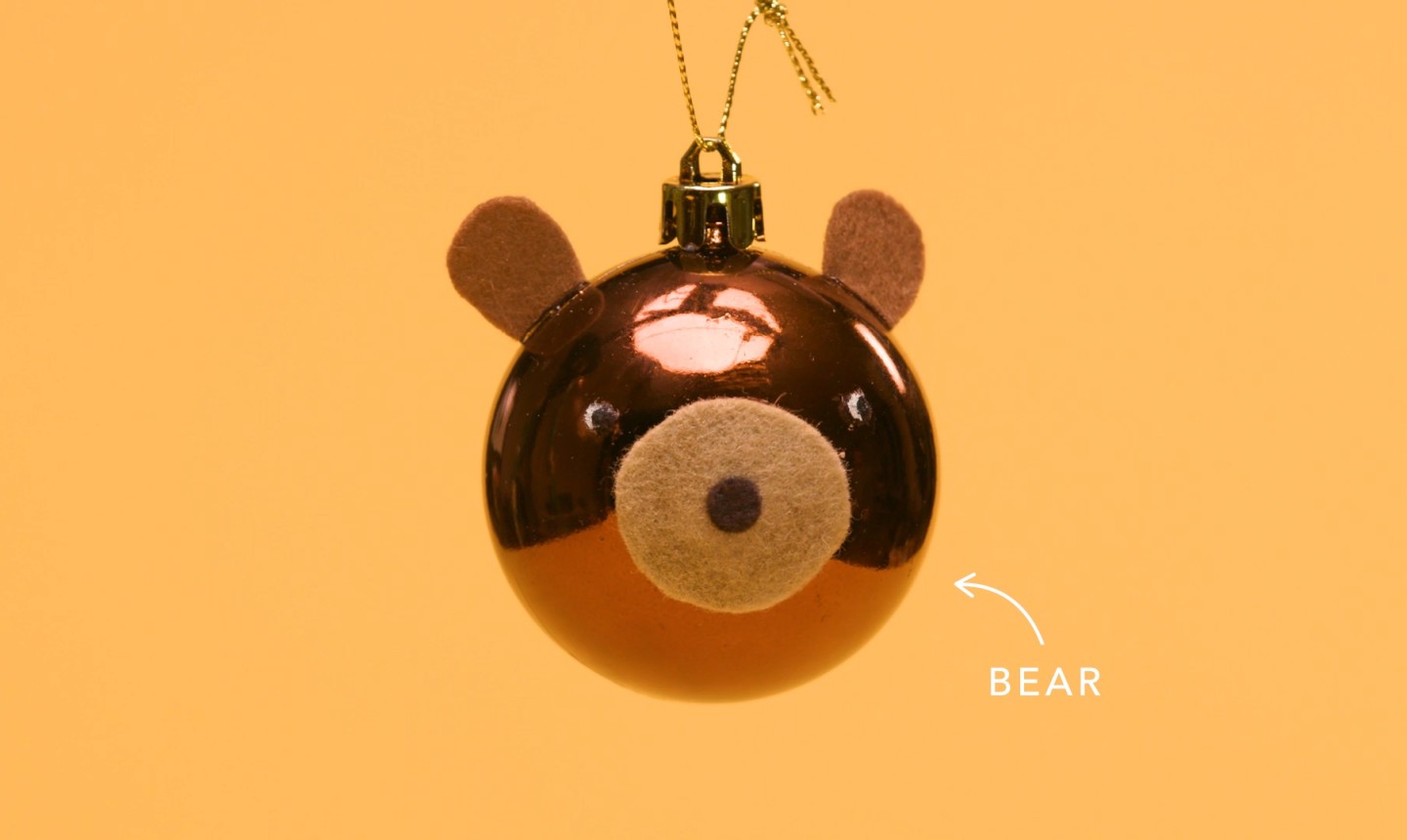 To Make the Owl 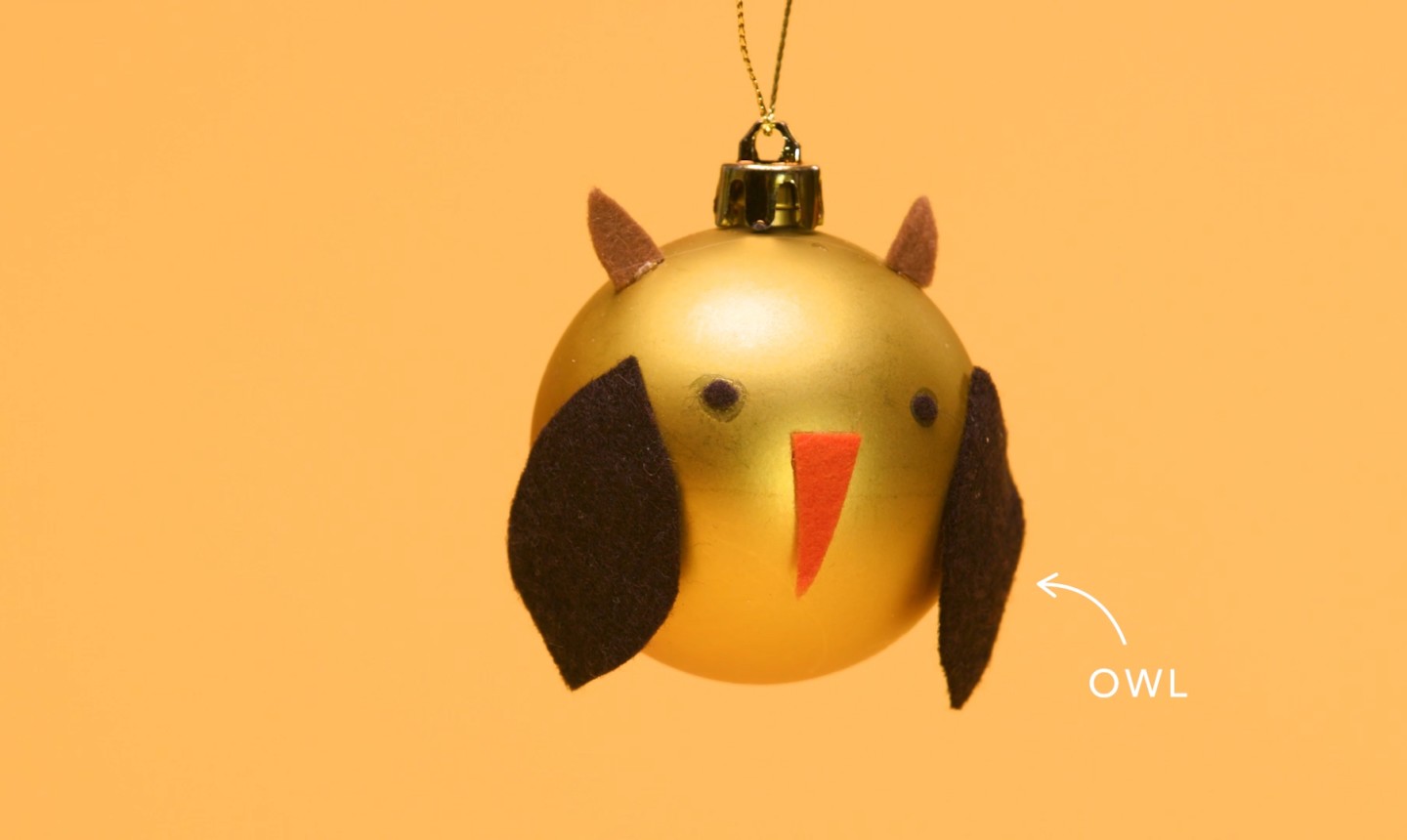 Punch two brown eyes and attach them with small dots of glue. Cut out two brown felt wings and glue them to either side of the ornament. Cut a triangular beak and glue it between the eyes. Cut two small brown ears and attach them to the top of the owl’s head.