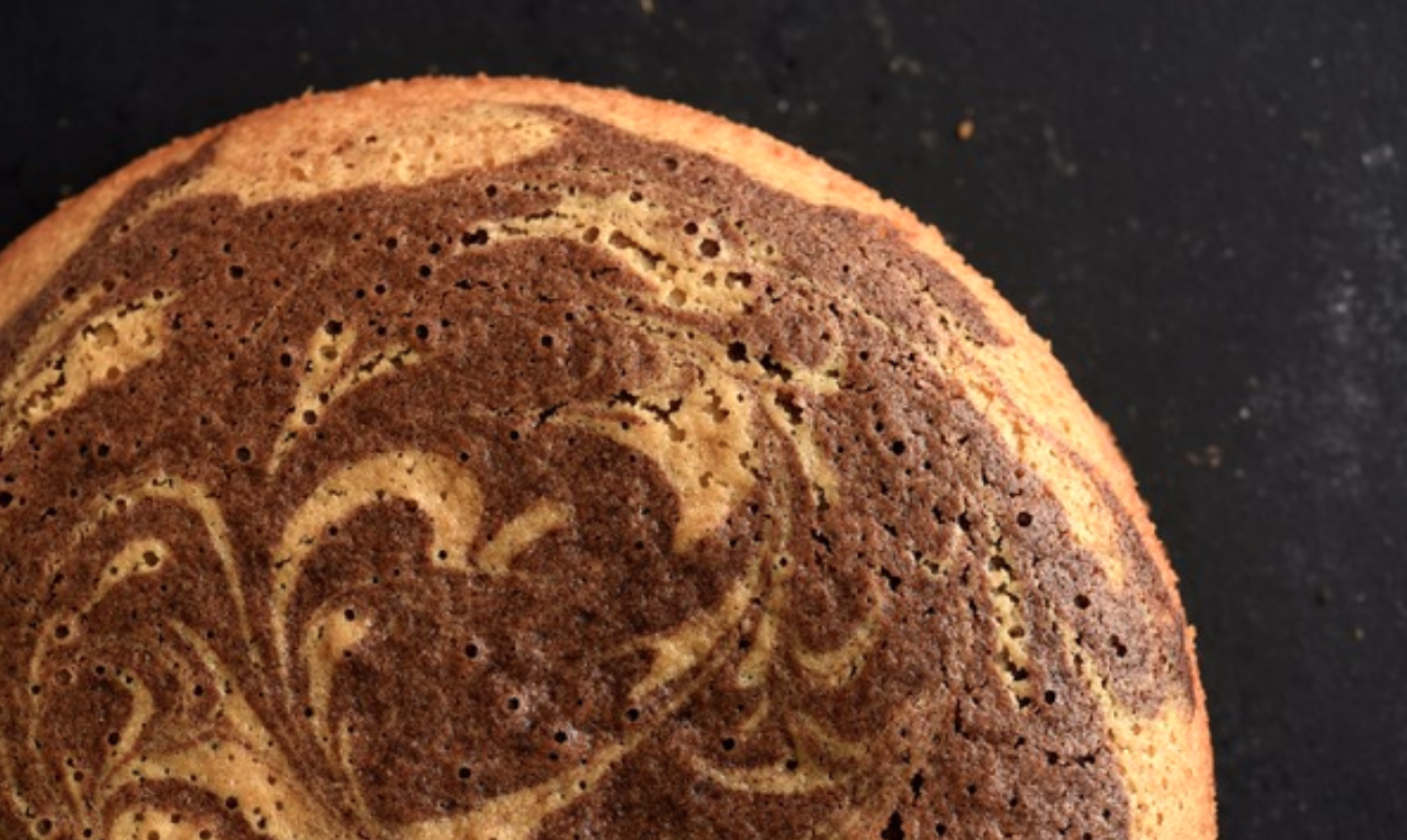 If you didn’t tell anyone that this cake is vegan, all they would know is that it’s incredibly delicious. Man About Cake Joshua John Russell created the recipe with almond milk, vegetable oil, lots of spices and all of his genius.

1. Preheat the oven to 350 F. For convection baking preheat to 325 F. Spray baking pans with cooking spray or grease them with butter, and then coat with flour and set them aside.

2. In a bowl, combine the vinegar and almond milk and set aside.

3. In a stand mixer fitted with the whip attachment, sift the sugar, flour, baking soda and salt on low speed.

4. Add the oil, vanilla, 2 cups water and half of the milk mixture to the dry ingredients and continue to mix on low until incorporated. Scrape the bowl once or twice.

5. Add the remaining milk mixture and mix until fully incorporated, then turn the mixer off.

6. Combine the cinnamon and nutmeg in a medium bowl. Transfer 2 cups of the batter to the same bowl and fold until the spices are fully incorporated.

8. Bake for 30 to 40 minutes. When fully baked, the cakes should be firm to the touch, and a toothpick inserted into the center should come out clean.