You’ll fall in love with these simple but effective techniques for creating a buttercream birch tree cake! Birch tree cake designs have gone from trendy to mainstay, especially for weddings cakes, with more and more couples opting for nature-inspired wedding details. Top your cake with jewel-toned fall leaves for an autumn affair or decorate your cake with pinecones and berries for a more wintery feel. 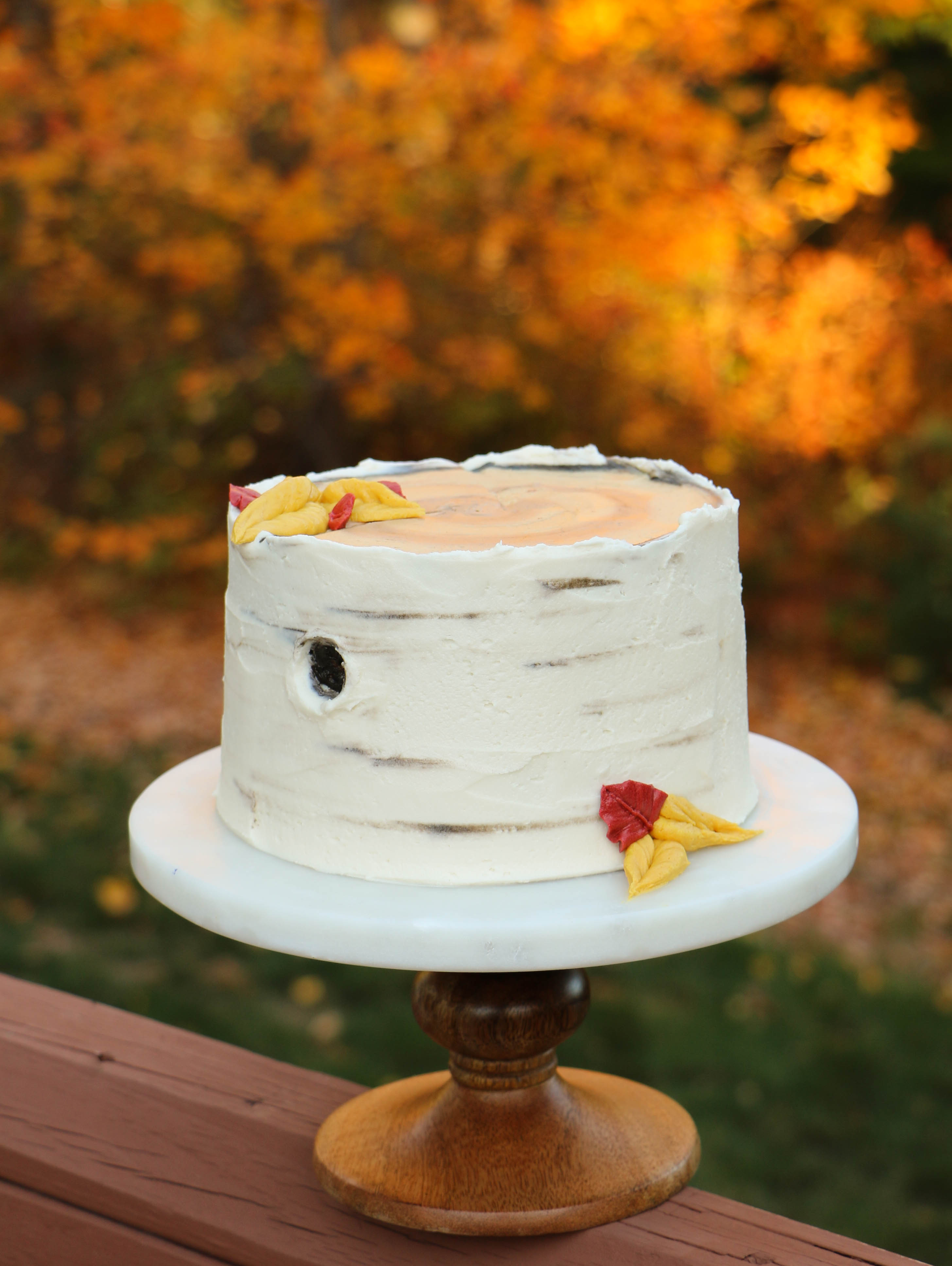 How to make a buttercream birch tree cake 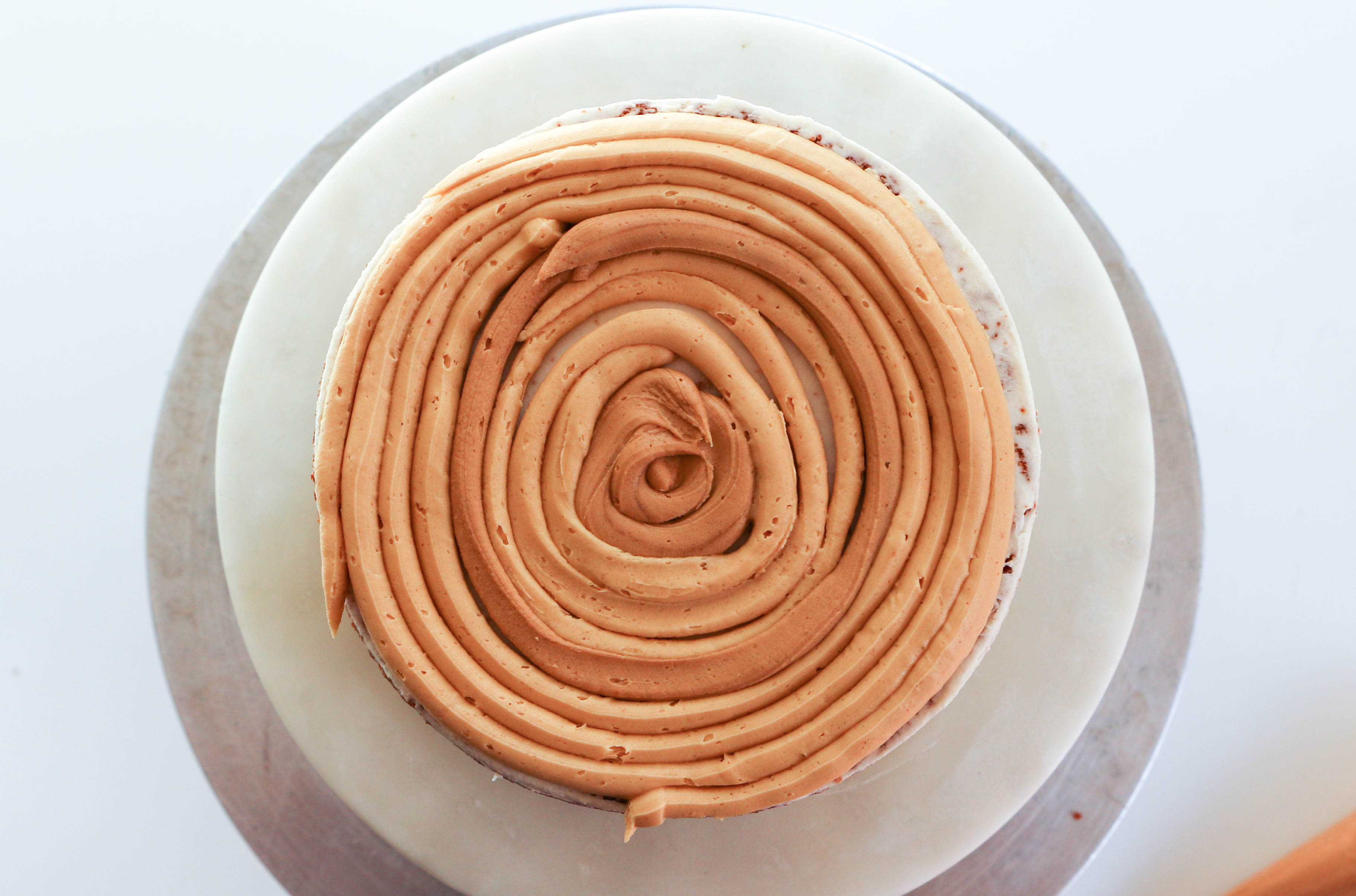 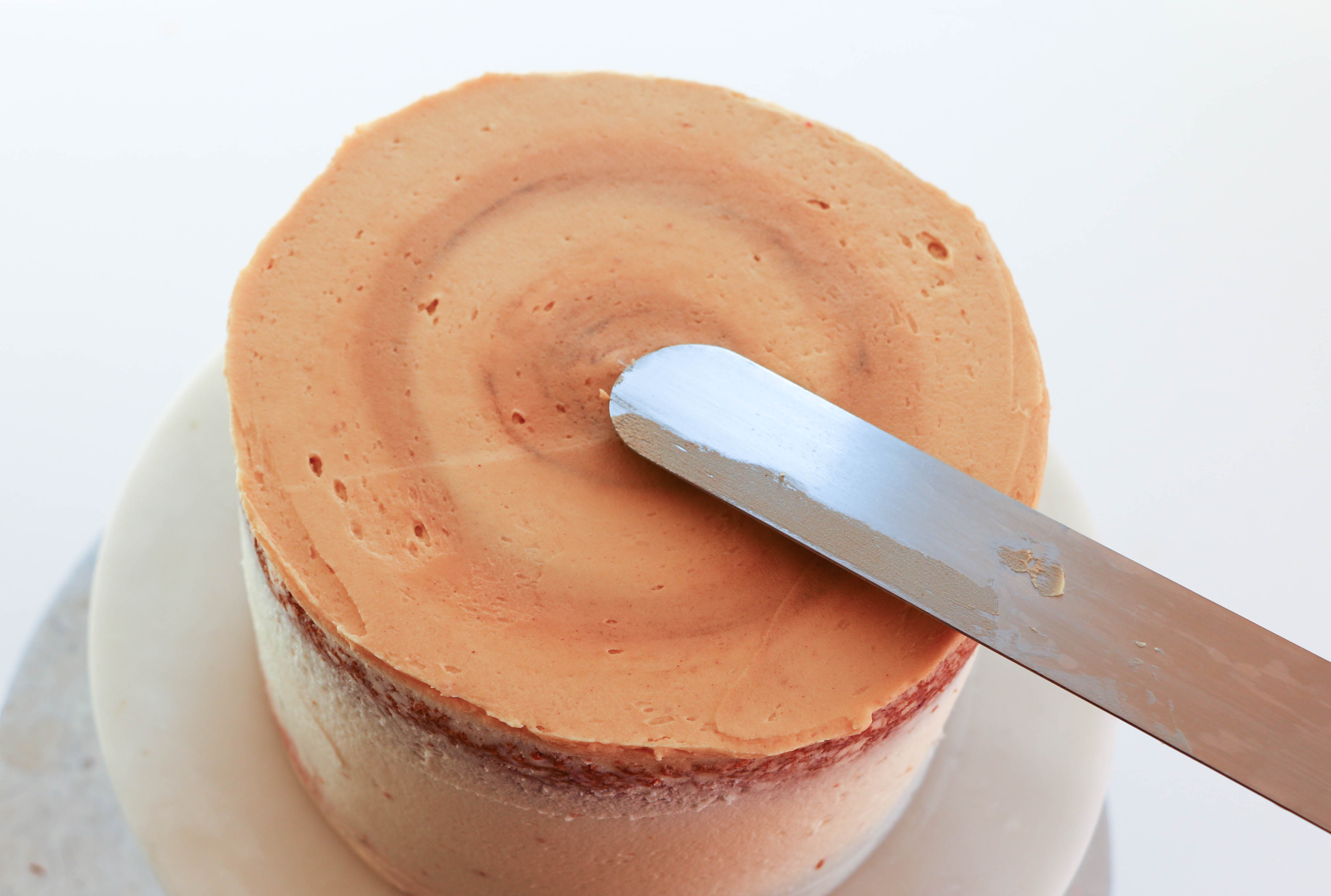 Position an icing spatula on the top of the cake so the the tip of the spatula is over the center. Tilt the blade of the spatula up and place the lower flat edge against the surface of the buttercream. Slowly spin the turntable, smoothing out the piped lines of buttercream in a circular motion. 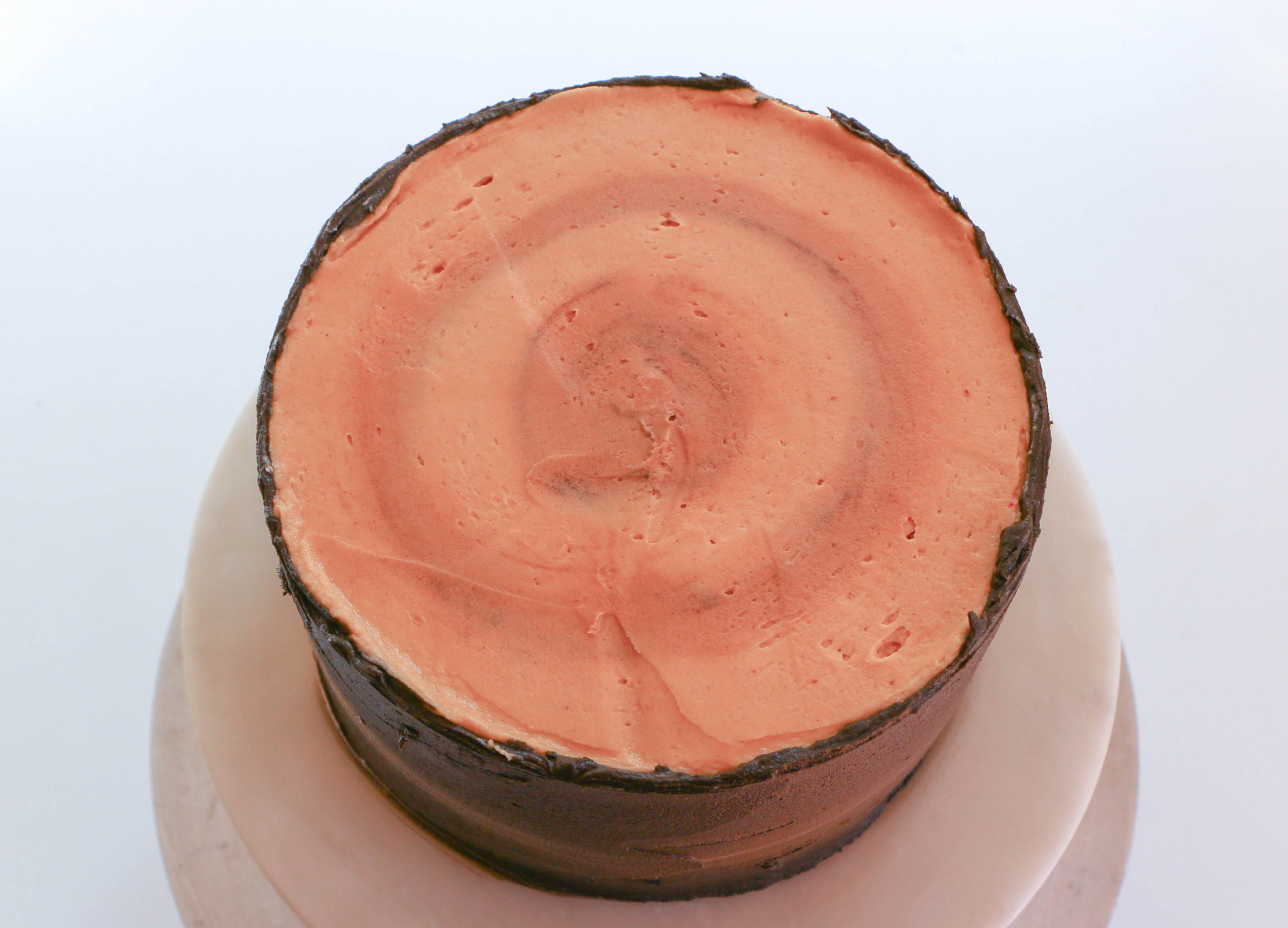 Apply a thin coat of dark brown buttercream around the sides of the cake. Take your time around the top edge of the cake to keep the frosting as level as possible. Don’t worry if the crumb coat peeks through in spots. Pop the cake in the fridge to chill for 15-20 minutes. 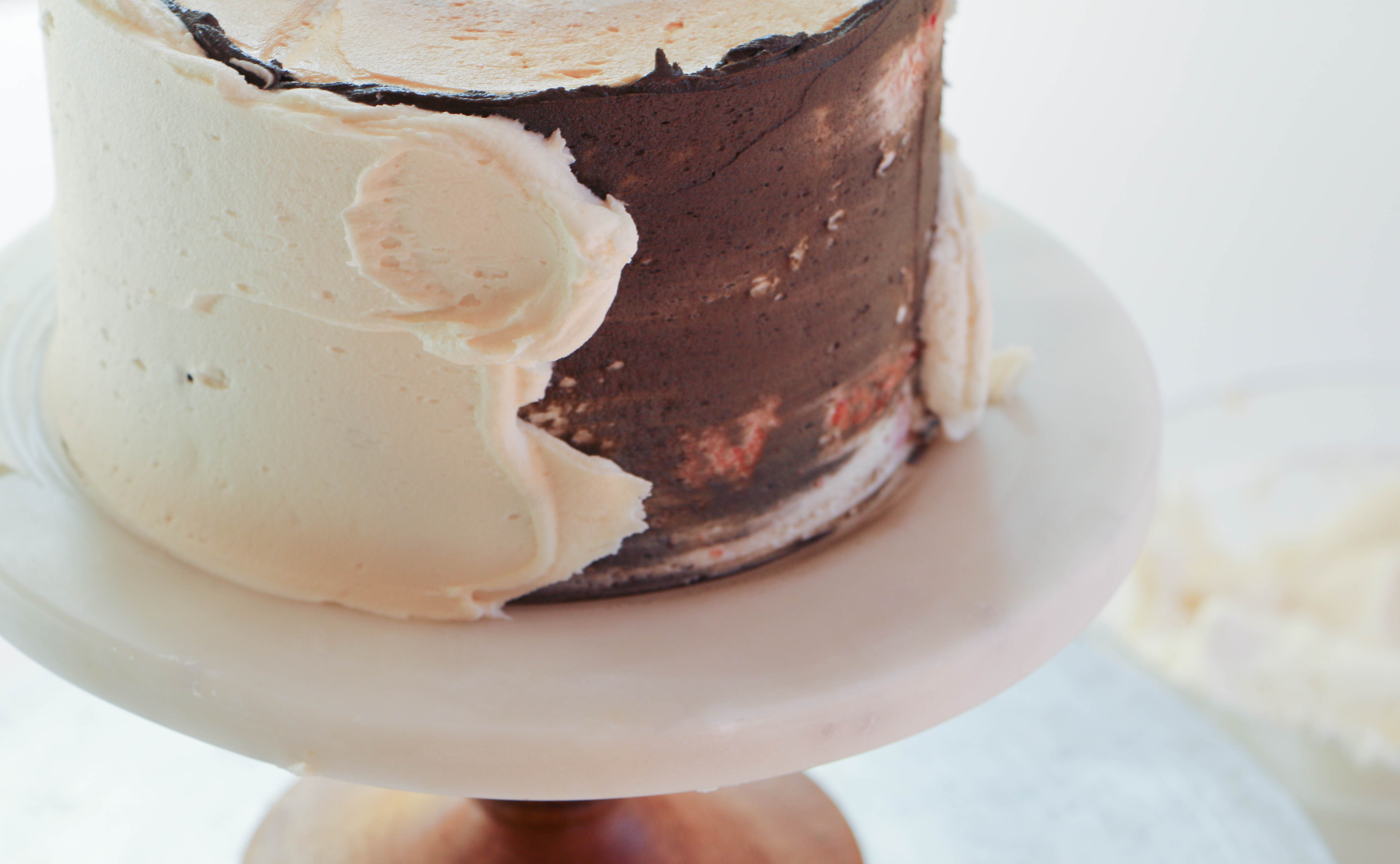 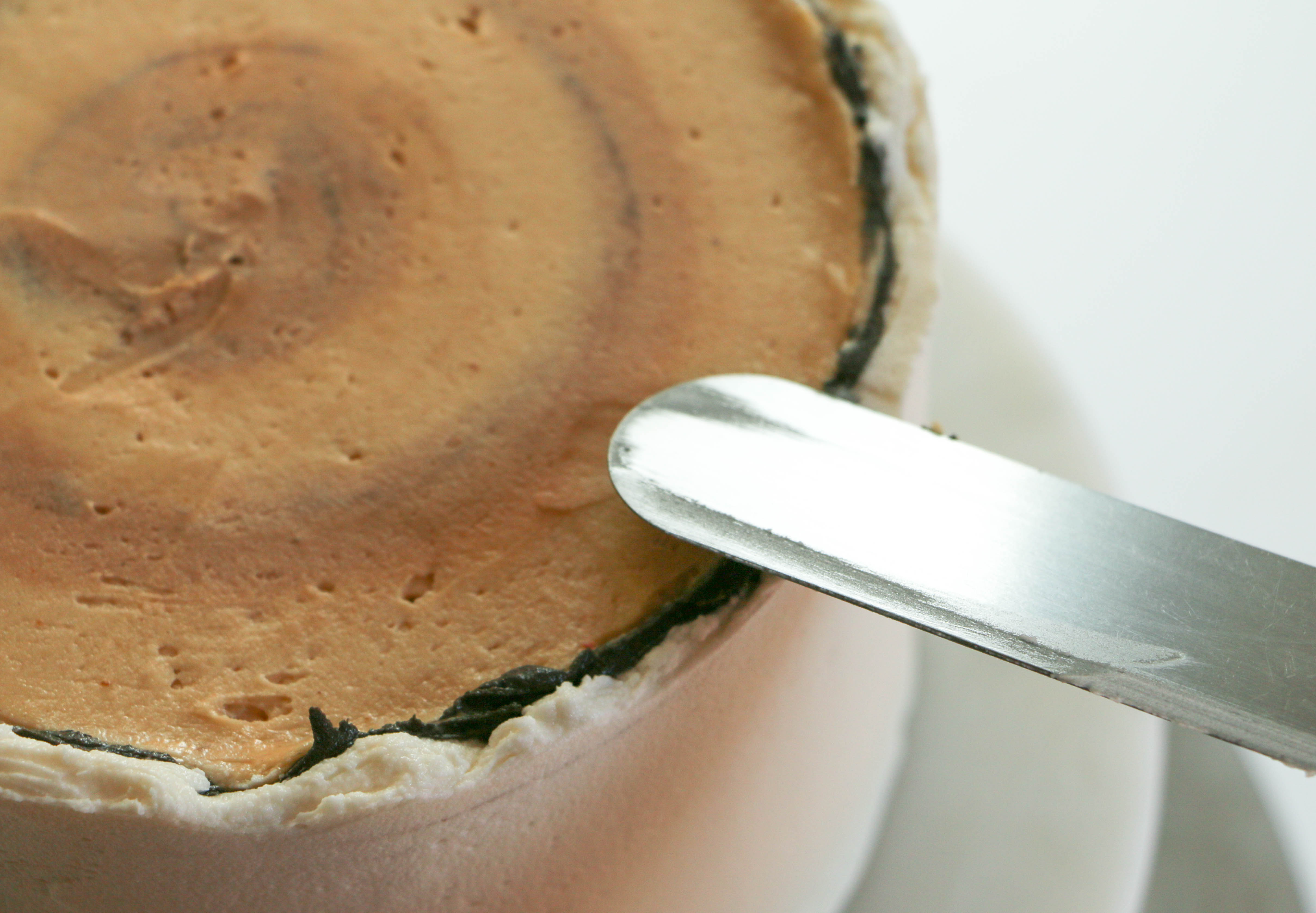 Smooth the outer edge of the top of the cake the same as in Step 2. Any white buttercream that was poking up will now be sticking straight out from the sides. 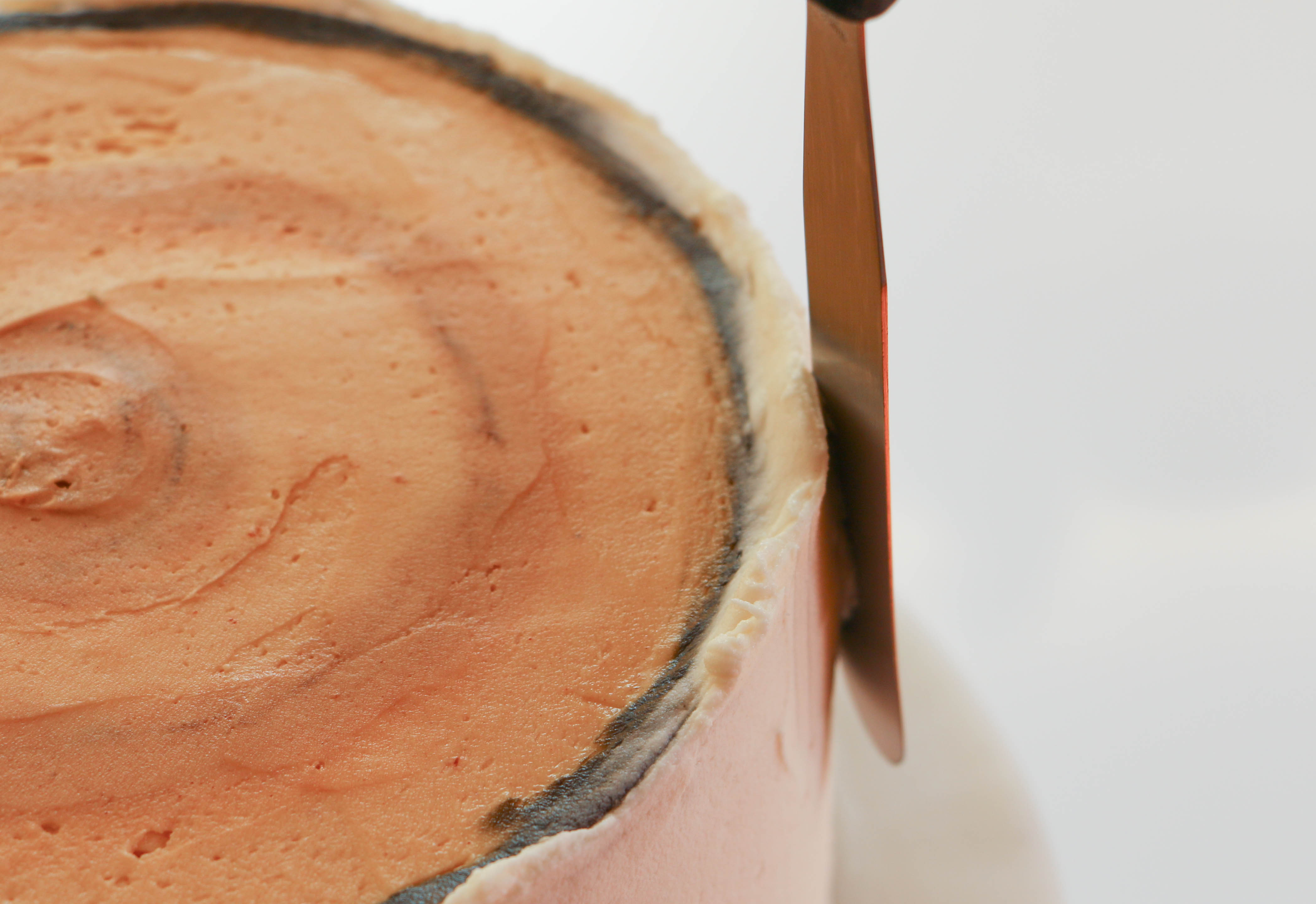 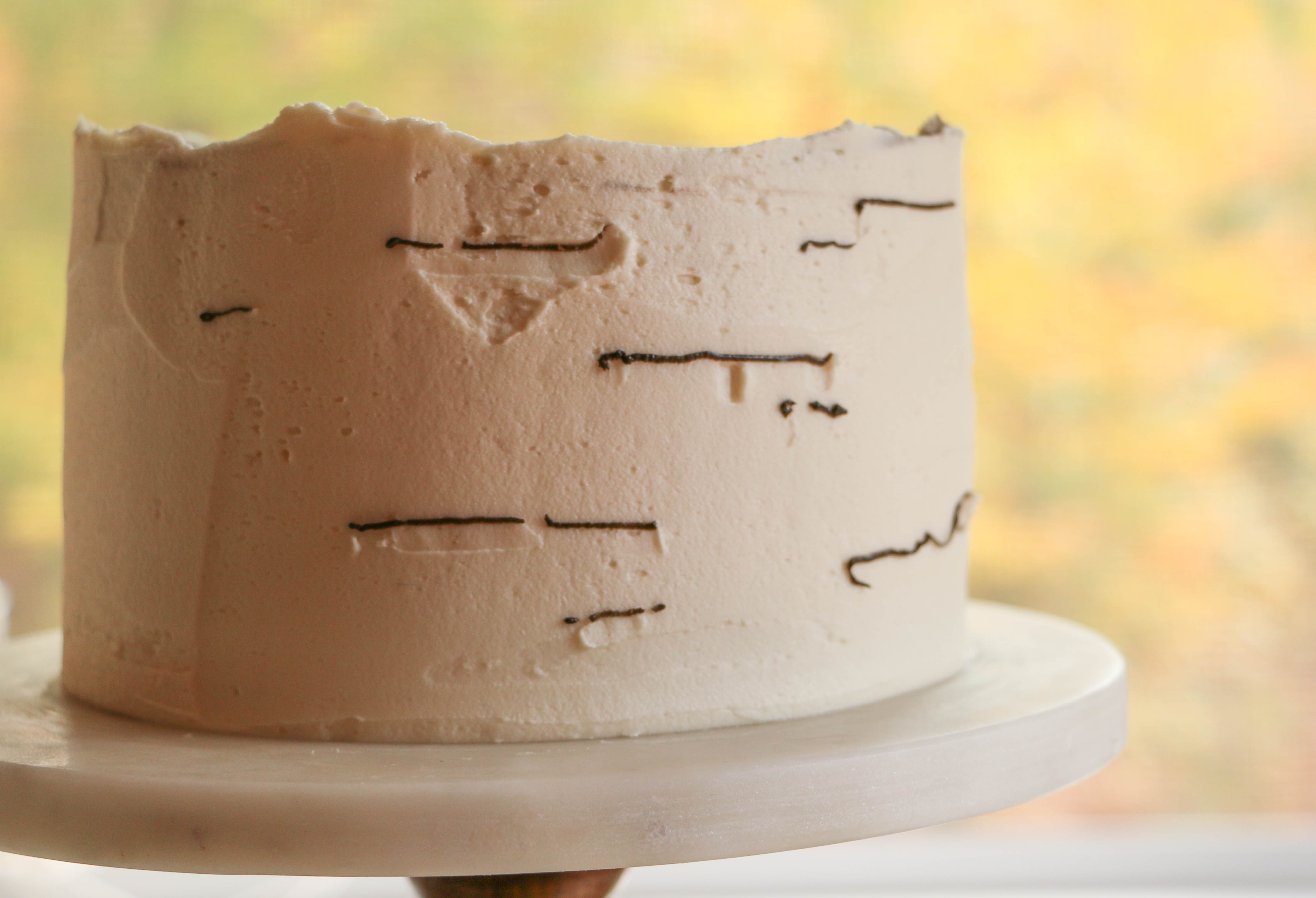 Fill a piping bag with the remaining dark brown buttercream. Pipe short, thin horizontal lines randomly around the edges of the cake. 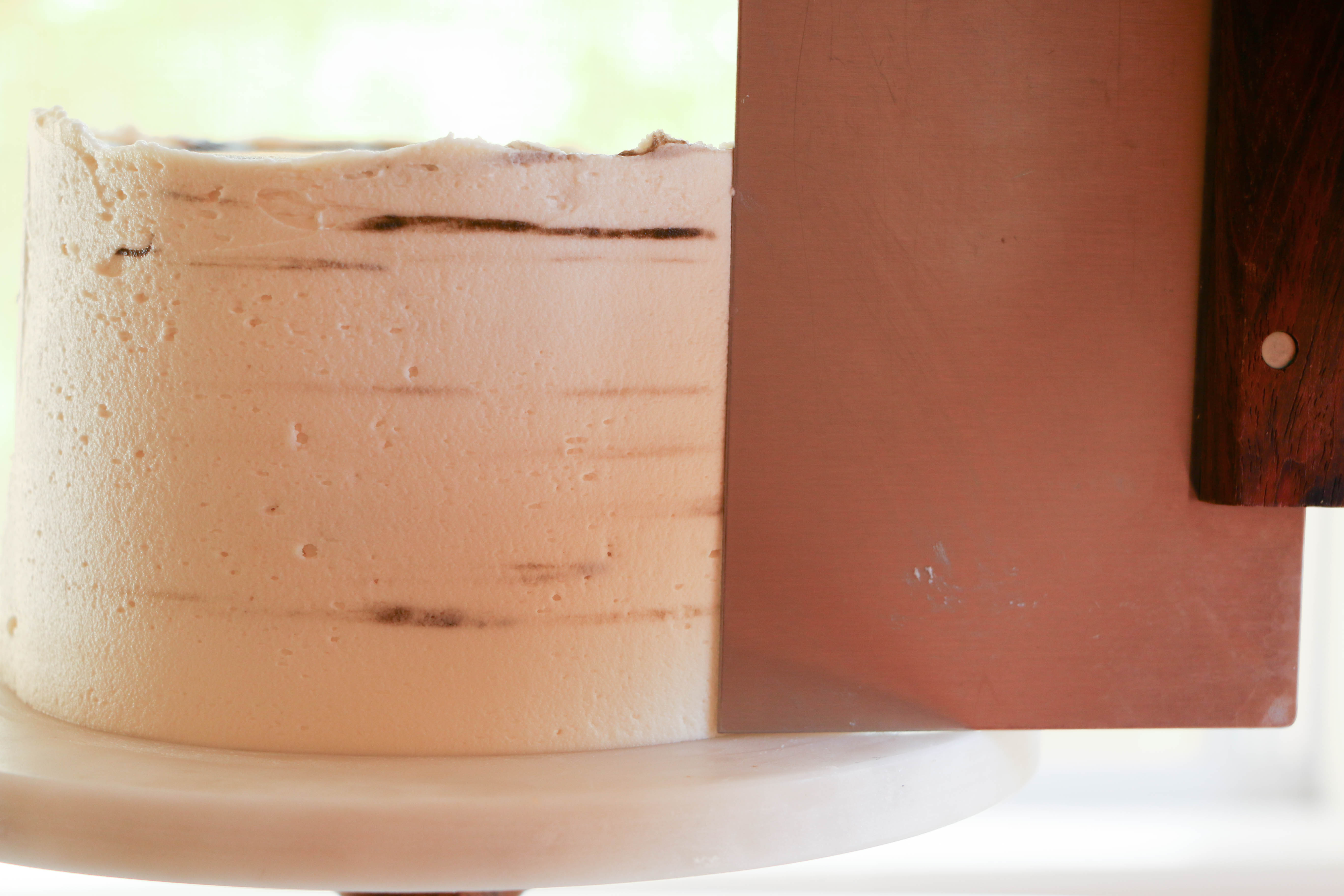 Use a bench scraper or the flat edge of an icing spatula to smear the lines into the white buttercream finish. Repeat this step as needed to get the birch look you want. 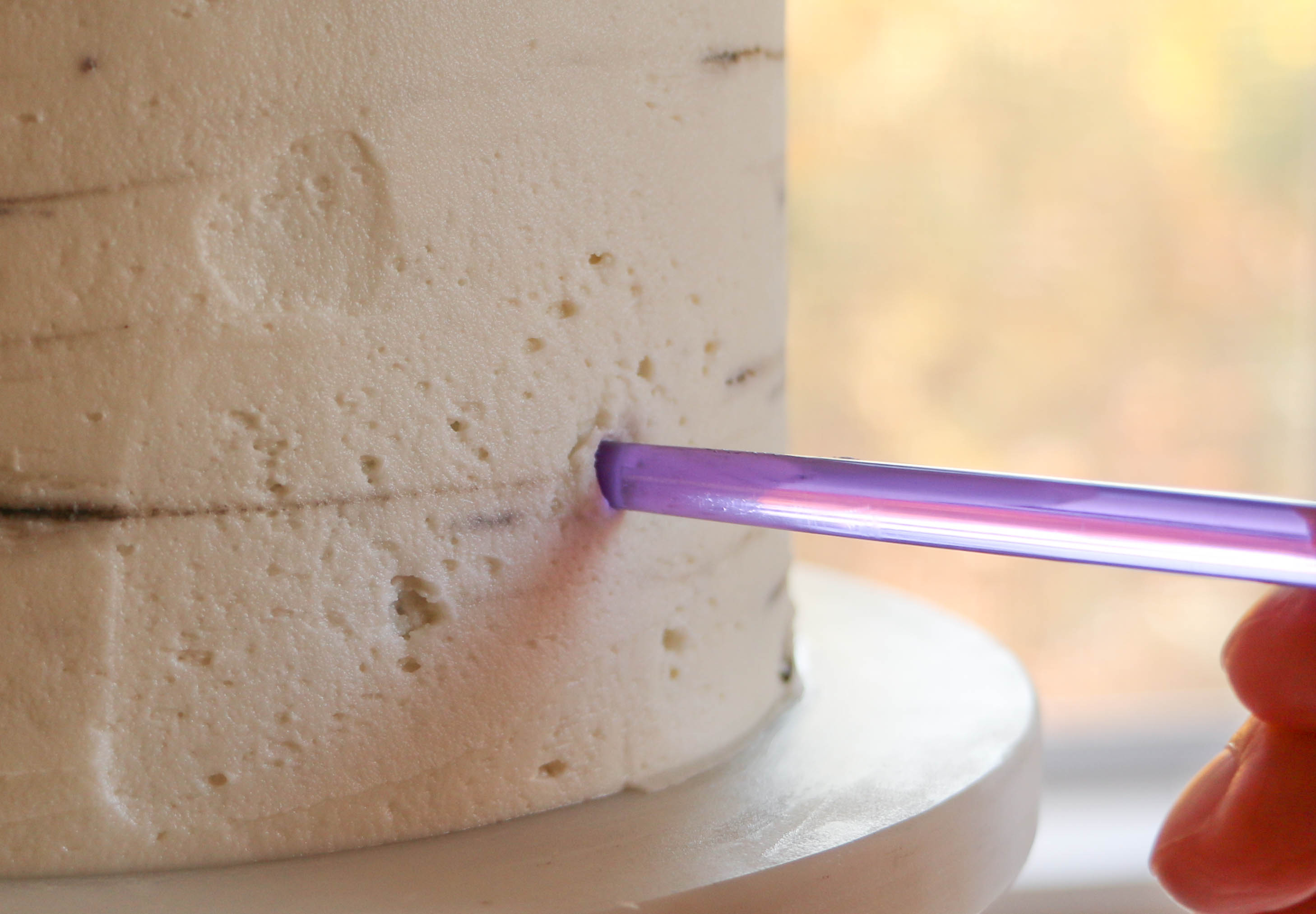 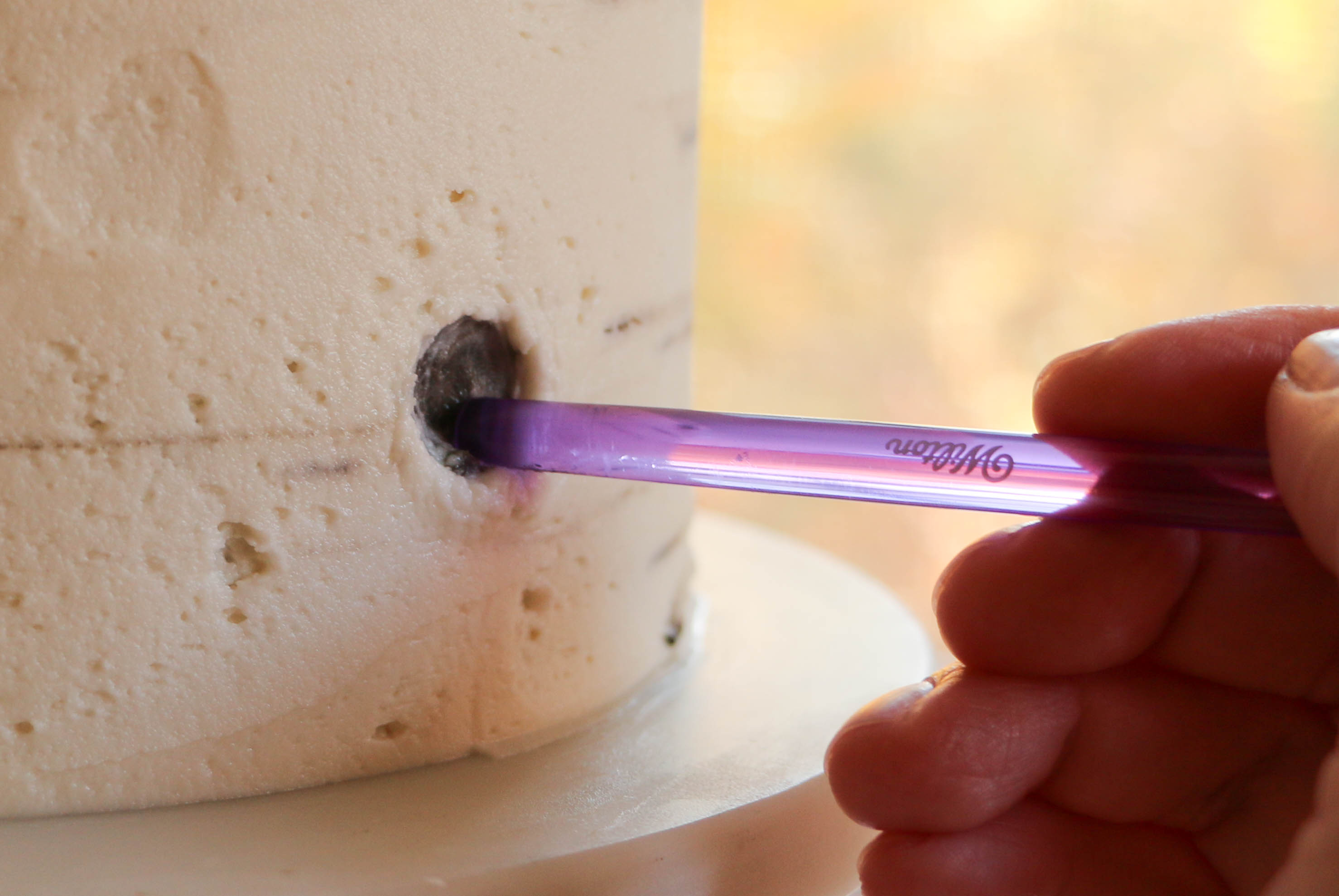 Slowly increase the size of the circle until the knot is as large as you’d like it to be. Dip the end of the paint brush into the brown buttercream if you feel more color is needed in the knot. Repeat in random spots around the sides of the cake. 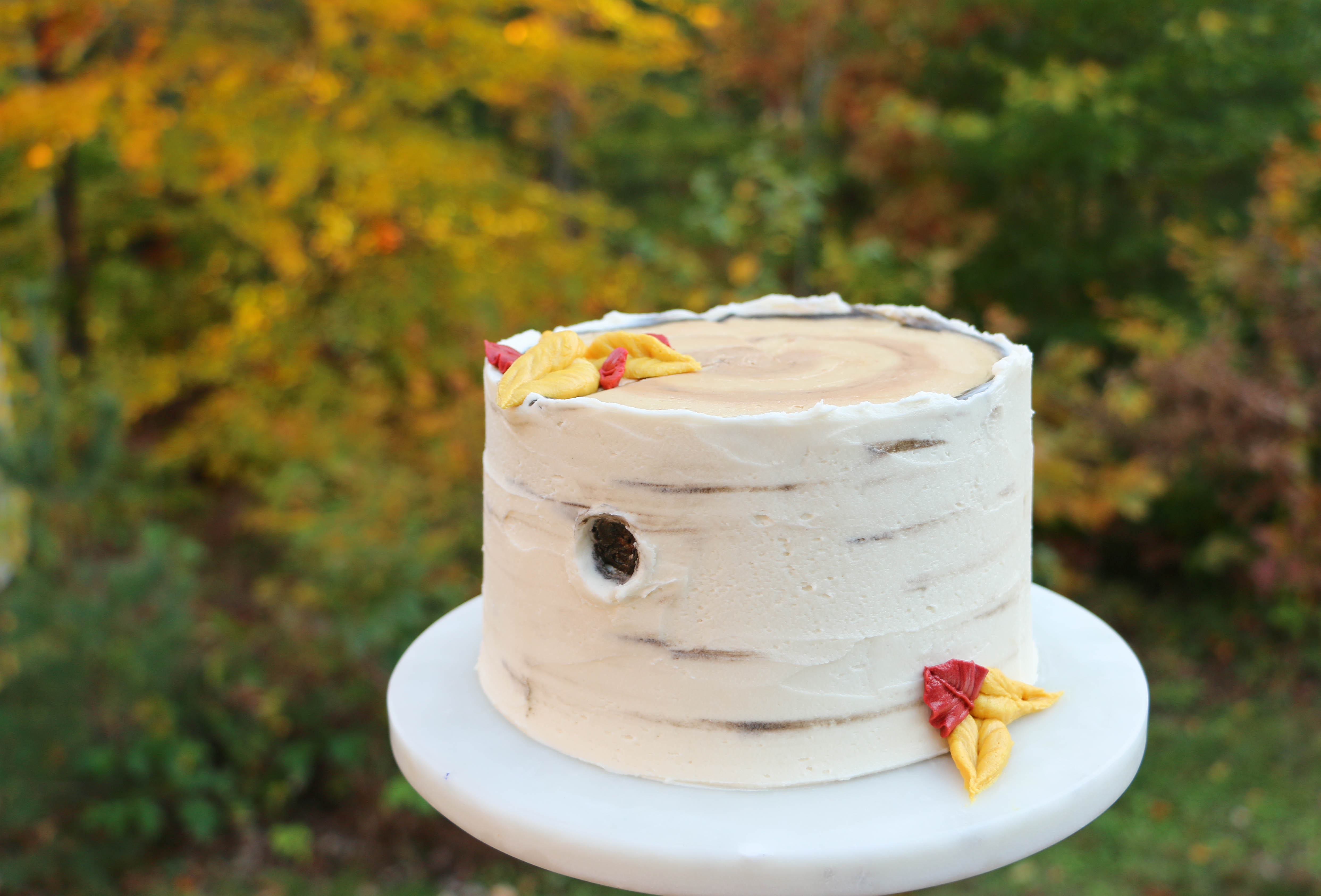