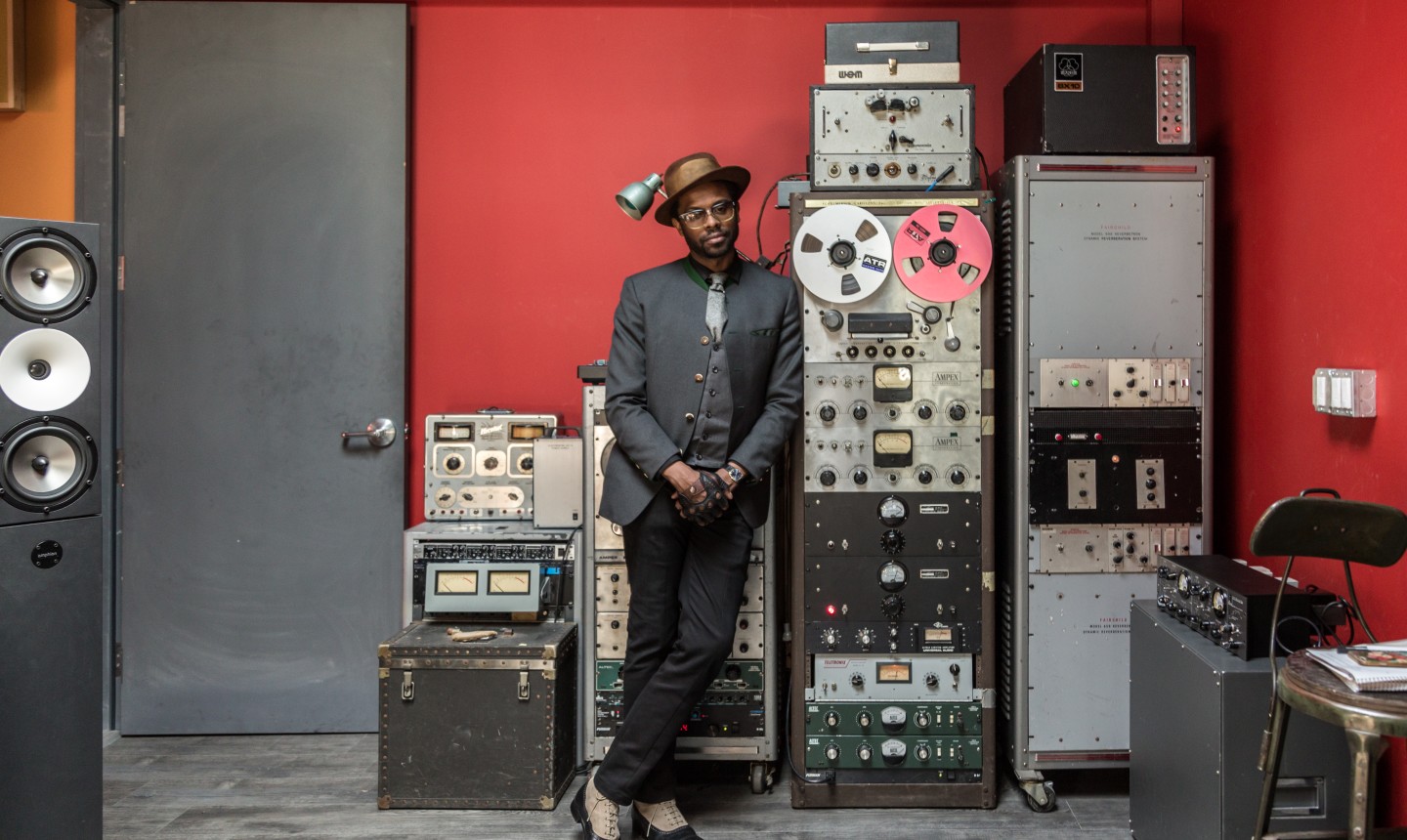 Producer Adrian Younge lives his passion every hour of the day, and if it were up to him, you would too. The man behind this season’s Luke Cage score (with Ali Shaheed Muhammad of A Tribe Called Quest) brings the kind of confidence most of us can only dream of. We caught up with him by phone to find out how.

Craftsy: How did you find your way to music?

Adrian Younge: I always wanted to be a musician. I was always hearing music, and in my head I would reinterpret the music. In my head I would hear a beat, and I always felt that I had something. I tell people, it’s up to you to unlock the artist within. If you don’t work on that, it stays trapped.

C: Yet you went to law school. Was that a hard decision?

AY: No, I wanted to really be a master of my own destiny as far as business is concerned, and I felt it was best to pursue law. Every day I use my legal mind. Going to law school is one of the most important things I’ve ever done. I say to people that your job is to continually self-invest — the more you do, the more valuable you become and the more developed and curated your brand becomes, so you can diversify and do more things. So it helped me in many ways.

C: It sounds like you knew you were a musician from an early age. What do you say to people who aren’t so sure of their path?

AY: Just keep trying to figure out what you’re passionate about. I’m a very, very confident person because I’m not afraid to fail, so I can choose whatever path I want to. If it doesn’t work out, if I don’t like it, it doesn’t matter to me.

When I was in law school, I worked in the contract department at Boeing; I had a regular 9-to-5 job. And I hated it. I was there to pay my bills. When I realized, “I can’t do it anymore, I need to spend all my time being a musician,” I literally just quit. I was done. [Now] I work very, very long hours, [but] I love what I do.

C: You also resist connecting to a particular genre, is that right?

AY: Absolutely. I have a record store (The Artform Studio, co-housed with wife Sherry’s beauty salon) and I tell people that new music to me is old records I’ve never heard. I love classic, I love vinyl culture. And I love to make new music based on what’s been done already, to synthesize that with new perspectives.

[My project] with Ali Shaheed Muhammed, The Midnight Hour, is a mix of hip-hop to cinema to jazz to classic rock to classic soul. We didn’t try to make an album that would “appeal” to people. We just made an album that we really like a lot. And this is the first album out of all the music that I’ve created that has had this kind of universal appeal.

C: Tell us about your analog studio.

AY: When you listen to a Beatles record, when you listen to a Stevie Wonder record or a Frank Sinatra record, everything just jumps at you and it feels just full and rich… It’s the equipment and what it’s captured on. That’s why I spent the last 20 years building my studio at Linear Labs, because I understand the notion of quality. And that’s why all my recordings are fully analog. It’s just better.

C: Some people might think of analog as imperfect or less refined.

AY: I love imperfection. I [want] people to hear the human in the song, in the art. I do not like things to feel robotic. So the imperfections to me are actually what makes art perfect.

C: What’s your advice to other creatives?

This interview has been condensed and edited for length.