“Cramming and spacing” might sound like a plan to reorganize your stash, but in the language of weaving it is a way of distributing your warp unevenly in the reed so as to create exciting visual and textural effects. 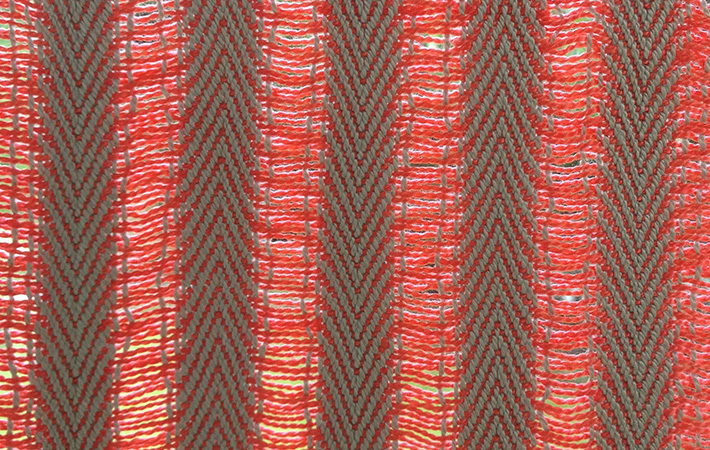 You are not limited to using this weaving texture technique with any particular weave structure, though it is often used most effectively with very simple weaves. It can add interesting patterns to a plain weave, and spices up a twill by giving a curve to the distinctive diagonal lines. In a lightweight cotton or linen yarn it can be used for beautiful sheer curtains, or weave with wool for a striking statement scarf.

For your threading you use exactly the same draft that you would use to weave the fabric ‘normally’. The cramming and spacing is done in the reed. I set up my loom with a sample warp of 144 ends in an extended point draw, which allowed me to experiment with different reed plans.

If I were to sley and weave this normally in a 2/2 twill I would see something like this drawdown. 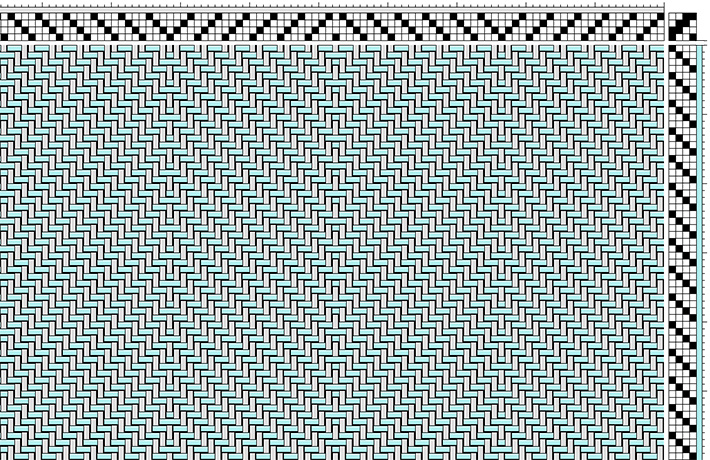 The extent to which the warp is crammed and spaced is up to you, but there are two useful rules of thumb to start you off:

For example, my samples were woven with a cotton yarn, which I would usually set at 20 epi. Twice the usual sett would therefore be 40 epi. If I crammed 40 ends into one inch of the reed, and then left one inch completely empty, I would have an average sett of 20 epi.

In fact, my threading lends itself to grouping 24 ends into a crammed section. Because I was using a 10 dpi reed, I needed six dents to hold four ends each. Then I left six dents empty. For my first samples I alternated six dents sleyed at 40 epi with six empty dents across the whole warp. 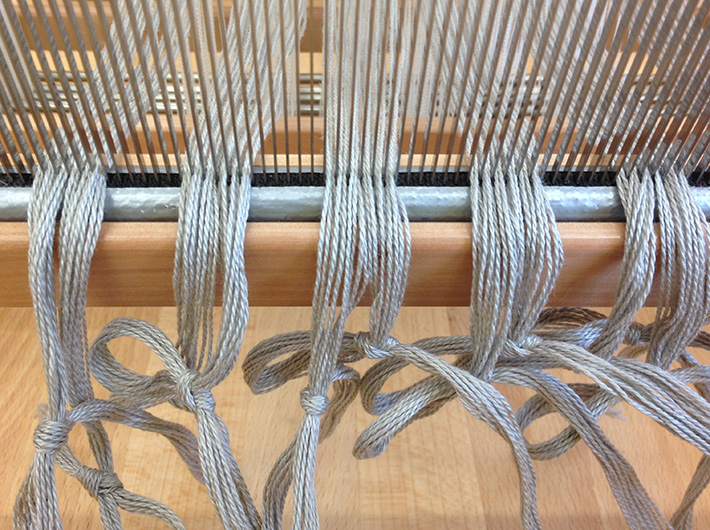 Once the loom is prepared, weaving proceeds as usual, though you will need a firm beat to pack your weft into the densely sleyed warp.

On the loom, the warp tension and the action of the reed will keep your work stretched out, but as soon as you take it off the loom it will start to change. The threads at the edges of the crammed areas will start to migrate into the empty spaces. Don’t be alarmed! This softening of the edges is what creates the appearance of curves in twill patterns. Wet finishing will encourage this process.

You can see the contrast between ‘on loom’ and ‘after finishing’ in the images below. 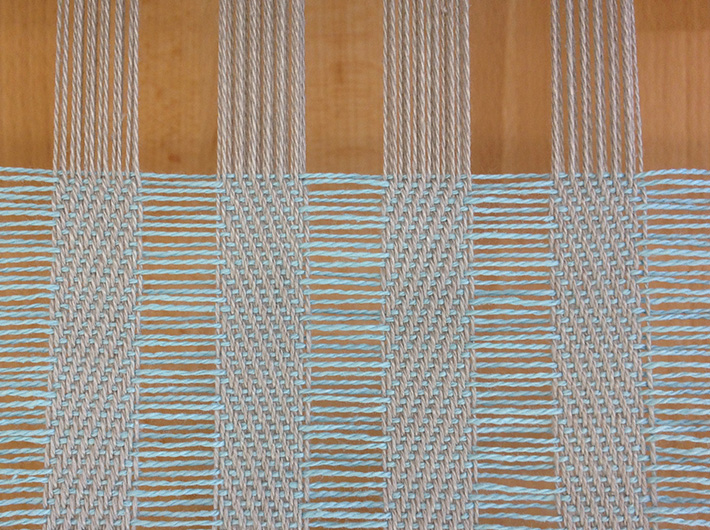 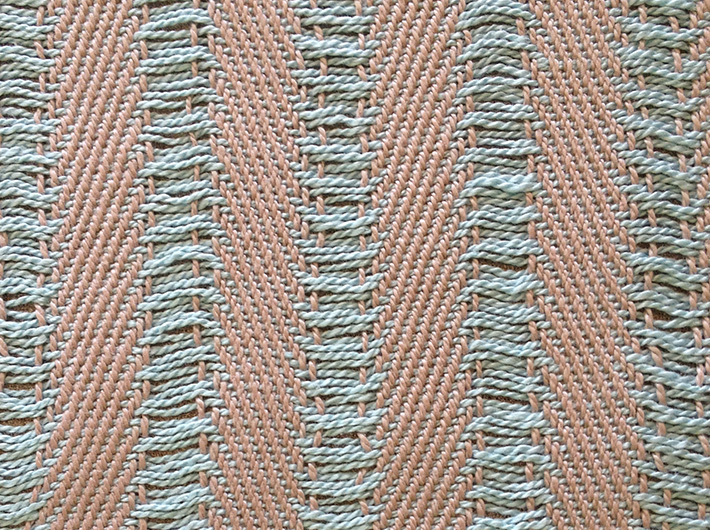 Tips and ideas for further exploration 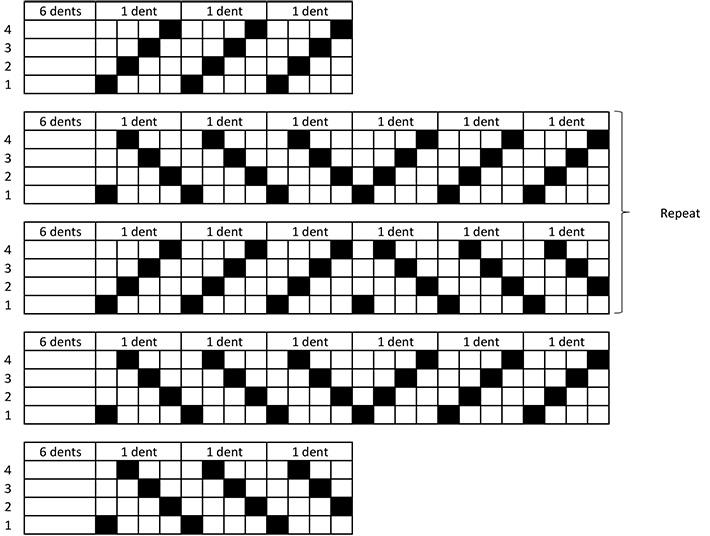 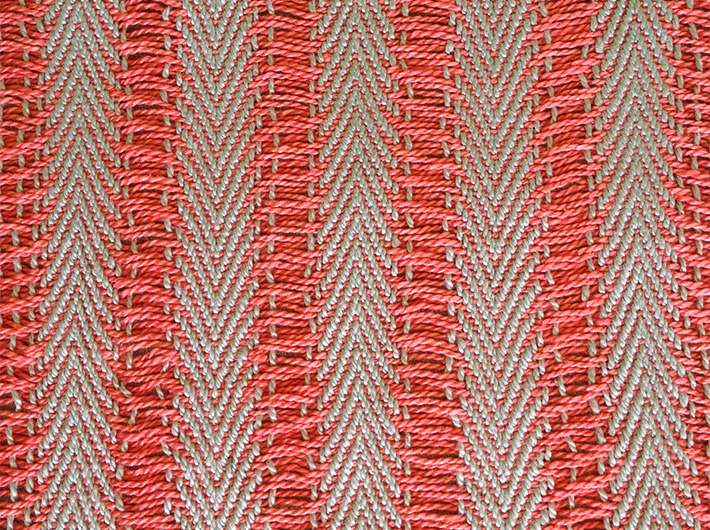