As winter comes to an end here in the Northeast, one of the things I look forwards to photographing the most are waterfalls.

Follow along for advice for taking better waterfall photos. 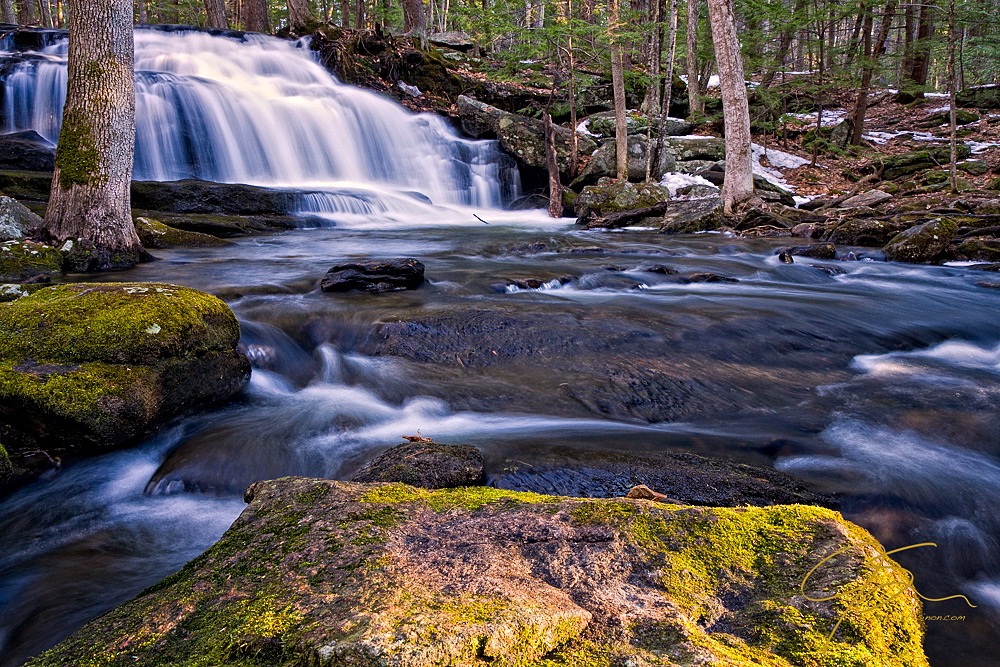 Luckily for me there are a lot of them here in New Hampshire. I mostly photograph waterfalls in the spring, because it’s during the spring time the the melting snow in the mountains feeds the rivers as streams, giving the waterfalls the best and most flow. With all of the snow we’ve received this past winter, this coming spring should be an awesome waterfall season. 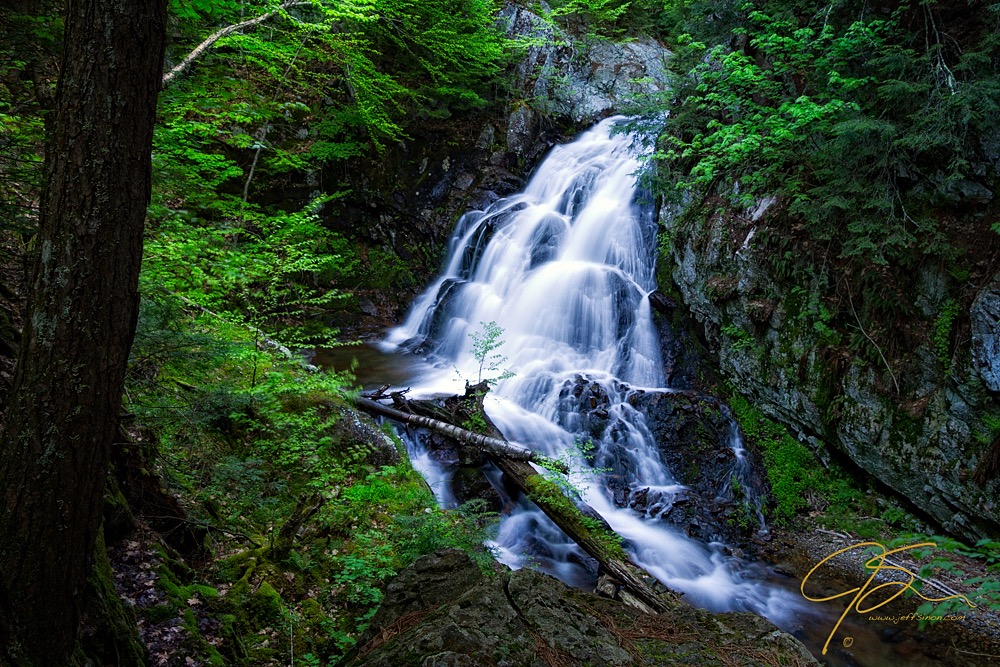 Before I get into making better waterfall photos, I want to go over some basic tips for photographing waterfalls. To some of you these may be old news, but for those of you just starting out they may be very helpful.

1. Getting the silky look. One of questions I’m ask the most when it comes to my waterfall photography is, how do you get the water to look like that? Is it some kind of Photoshop trick?

Achieving this look is through the use of a long exposure, nothing more.  The exposure time for most of my waterfall images falls somewhere between half a second to 20 seconds or more. The flow of the water will dictate how long of an exposure you’ll need.

2. A tripod is a must. To photograph at these longer exposure times you need a steady camera. Otherwise the water isn’t the only thing that’s going to be blurry in your photo.

4 ways to improve your waterfall photos 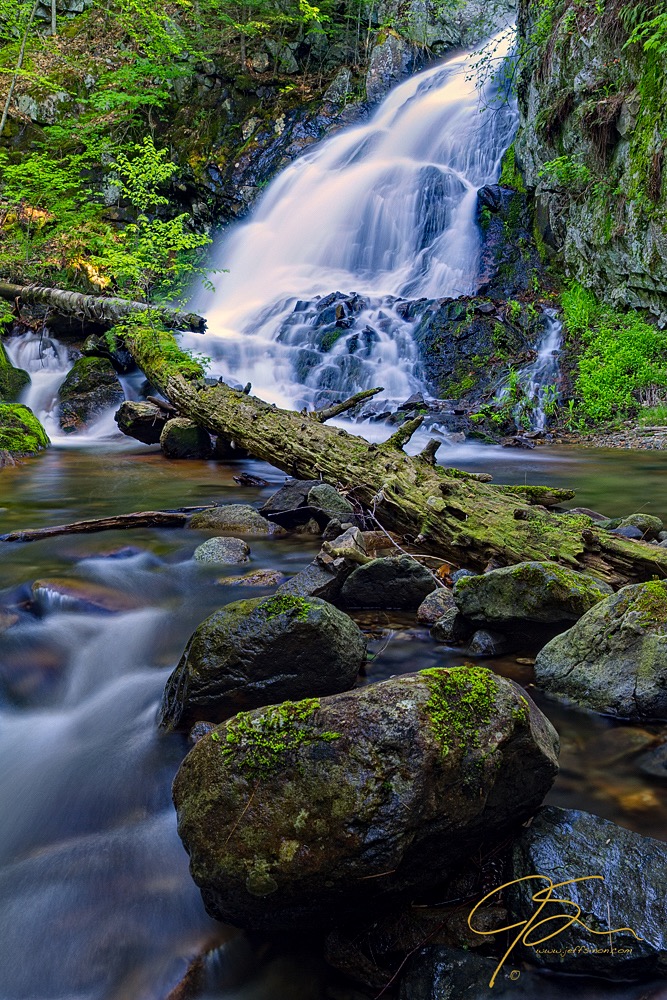 1. Find a unique point of view.

The photo above, and the one above that, are both of the same waterfall. I’d wager that 90 percent or more of the photographs of this waterfall look more like the first one. The reason I say this is that there is a well worn path along the top of the steep cliff looking down on the waterfall. Getting to where I shot the second image from wasn’t easy. I had to bushwhack downstream I was able to walk along, sometimes having to walk in, the stream to access the gorge where the falls are located and capture it form an angle few others have gotten.

My challenge to you is to find the most popular waterfall in your area, the one that’s been photographed to death, and make it yours. Think of all the photos you’ve ever seen of this particular waterfall, and then do it from a different angle. This may mean getting to far side of the stream or getting right in the stream. If you can do it safely, shoot your waterfall from an angle nobody else has. 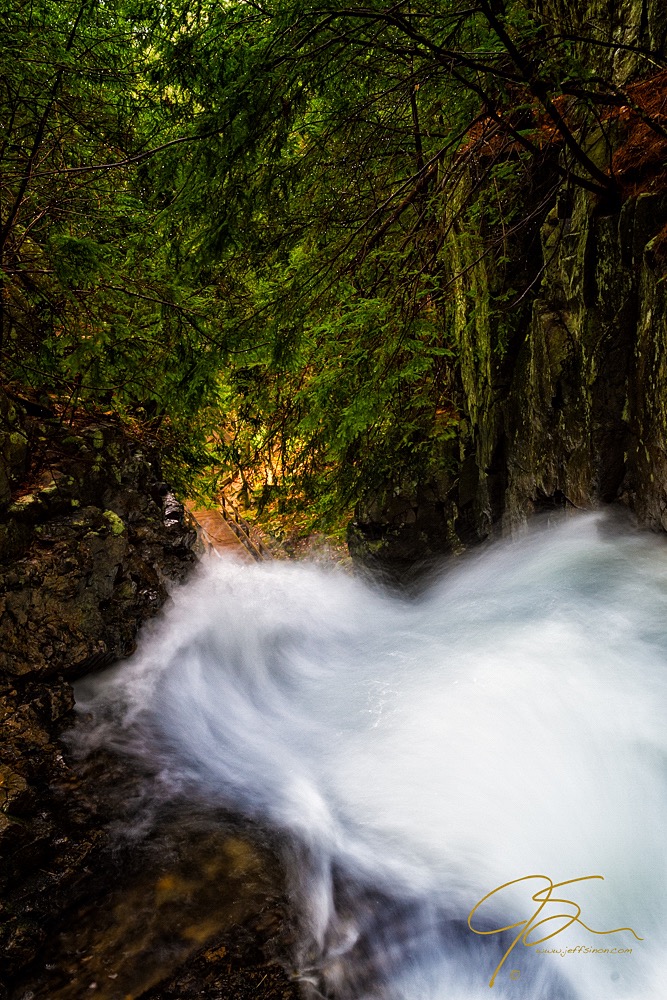 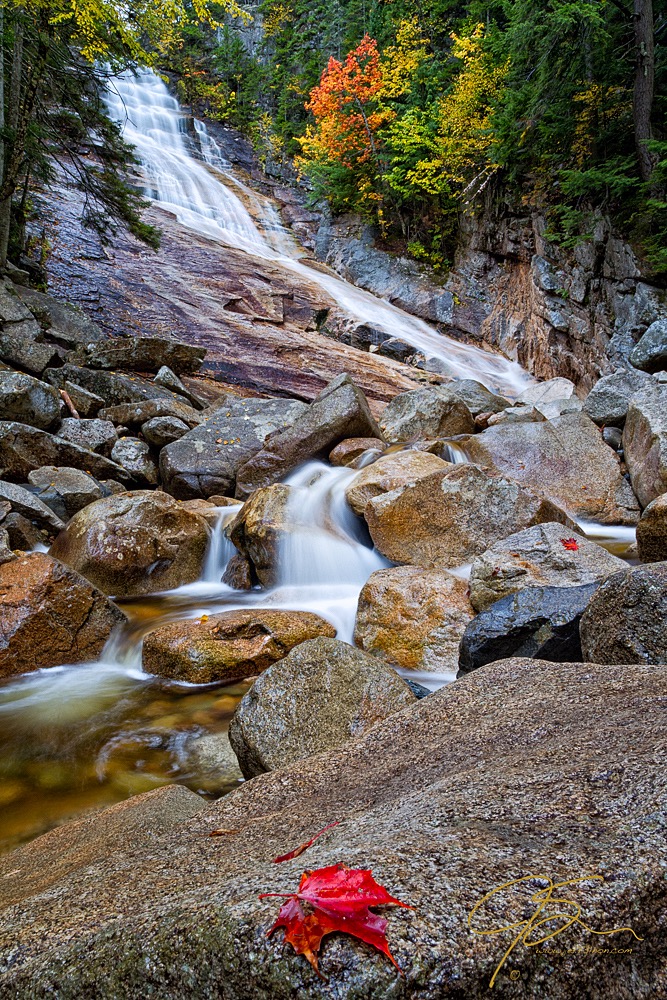 2. Put the waterfall in the background.

The next time you’re photographing a waterfall, place it deeper into the frame. Most people have a tendency to fill the frame with the waterfall, cutting out the surrounding scenery. Try a wider composition so the viewer is drawn from the foreground into the photo, ending up at the waterfall in the background. 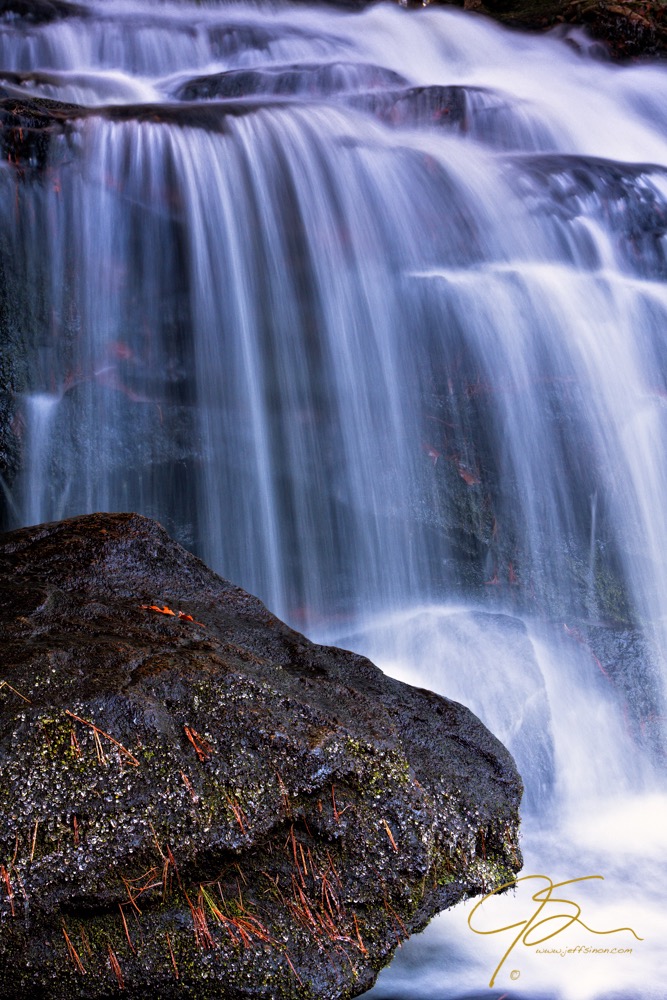 For another interesting way to photograph a waterfall, get in close or use a telephoto lens to isolate just a small section of the waterfall. 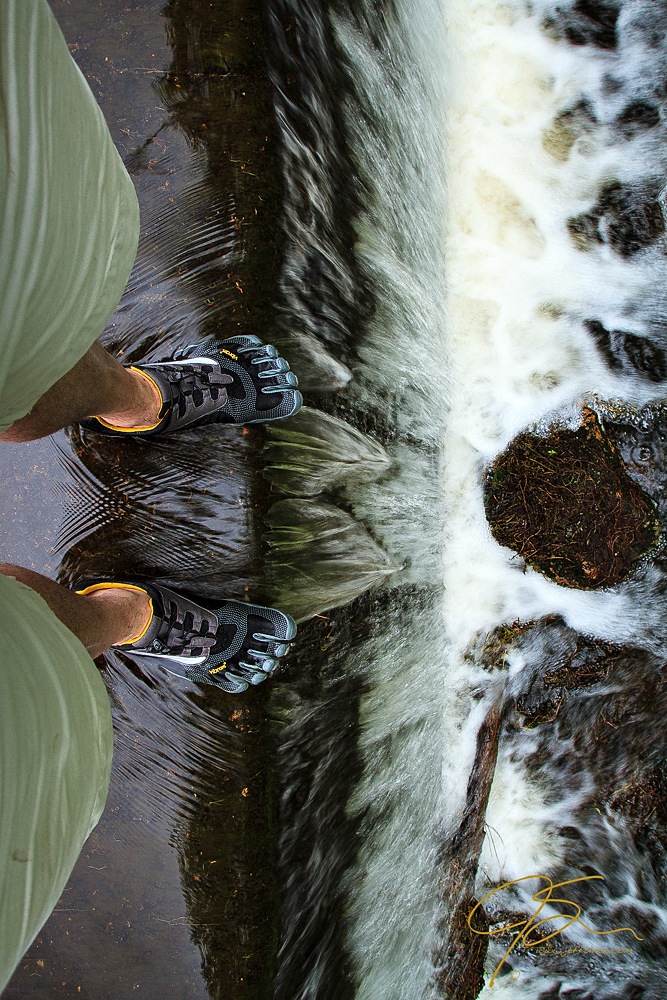 I’m not advocating risking life and limb in pursuit of a photograph, but getting a little creative can add an unexpected surprise to your waterfall photos. Just to let you know, the above waterfall is only about 5 feet tall. I’m not crazy after all! 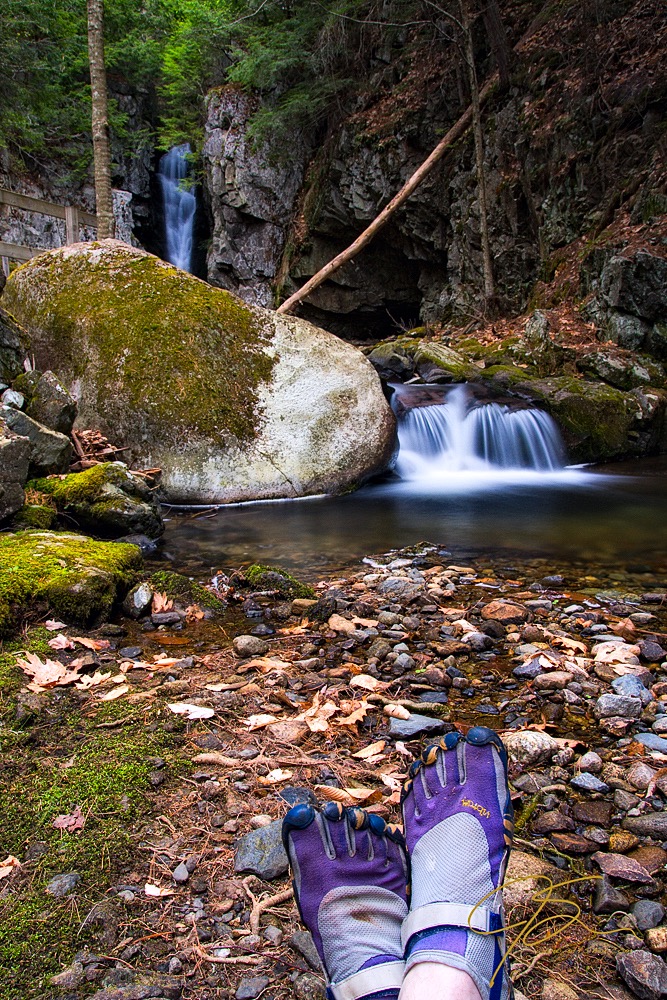