There are several types of gluten-free flour, and even commercial gluten-free flour blends typically include several kinds of non-wheat derived flour in one mix. Some flours provide protein, some provide texture, some provide flavor. Coming up with the perfect mix for baking cakes that are gluten-free but still perfectly light and fluffy, or learning how to make a pie crust without the benefit of gluten can prove somewhat tricky. 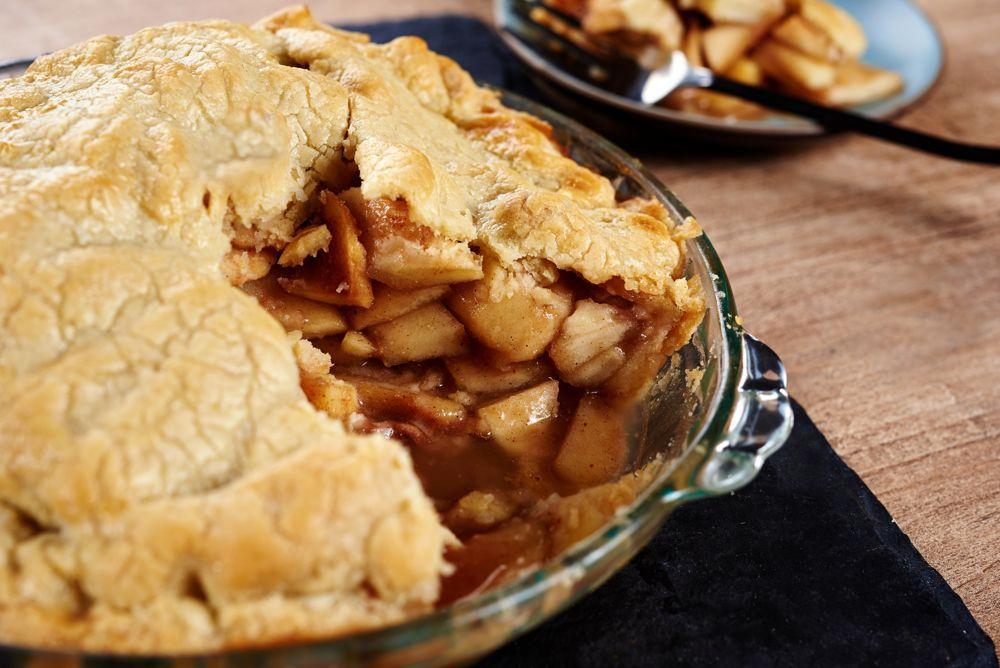 While these days, with more awareness about celiac disease and gluten sensitivity, there are some wonderful gluten-free flour blends available to purchase premixed, it’s helpful to explore the different types of flour and how they can contribute not only to gluten-free baking but to your general food and cooking knowledge.

Why are gluten-free recipes so complicated?

As previously mentioned, de-glutenizing a recipe isn’t a matter of simply swapping one gluten-free flour for wheat flour. It typically requires a mix of flours, which, in combination, will impart flavor, texture and structure. Sometimes, other ingredients have to be adjusted to alter the protein, moisture or binding ability of the flours. While there’s a good reason for all of this, it can make recipes seem complex.

Why do gluten-free flours cost so much?

It’s a fact: gluten-free flours are more expensive than wheat flours. There are a few good reasons for this. For one, gluten-free flours simply aren’t made in the same quantities as wheat flour, which allows for lower pricing. Wheat is actually a subsidized crop in the United States, which means that farmers are given funding to grow wheat and are able to charge less for it. Gluten-free flours also must be processed in facilities that are certified as gluten-free to avoid cross contamination, which can be an expensive prospect.

Is there a good gluten-free flour mix that can be purchased?

Yes.Cup4Cup, a brainchild of famed chef Thomas Keller, is a fairly new but so far, very well respected gluten-free flour blend. As the name would imply, cup for cup, this blend is suitable to substitute for flour. As famed gluten-free blogger and cookbook writer Gluten-Free Girl says, “Do you want to bake your grandmother’s fruit bread recipe, gluten-free? Here is your mix. Are you new to gluten-free and still want to make extraordinary cookies? Buy some of this. Does your aunt want to make you a gluten-free baked good but doesn’t want a cupboard full of flour for the occasional visit? This is for her.”

Bulgur, club, durum, einkorn, kamut, semolina, spelt, triticale. Avoid these, as they are all different species of wheat.

If in doubt, stay away. Oats may be OK for people who have gluten sensitivity, but for those with celiac disease or who need to be totally gluten-free, it’s not worth the risk.

Be sure to check the labels of any of these flours to note that they are gluten-free. If there is a note on the packaging that says it was handled in the same facility as flour or wheat, you will want to stay away.

Now, let’s take a look at the flours that are part of the gluten-free baking repertoire.

This protein-rich flour is derived from grinding the seeds of the amaranth plant. Though amaranth is not technically a grain, the taste of this nutty flour could certainly fool you.

A white flour from the root of the West Indian plant of the same name. It can be exchanged in equal quantities for cornstarch in recipes.

Including garbanzo bean flour and romano bean flour, these flours are typically high in protein and have a distinct flavor. They are better suited for heartier recipes, such as bread.

Yes, it has wheat in the title, but this flour is related not to wheat but rhubarb. It has a distinct taste, which makes it best when combined with other, more bland flours. A little goes a long way.

Ground from dried coconut meat, this flour is low in carbs and very high in fiber. It lends a pleasant flavor to baked goods. Since coconut flour absorbs moisture in a big way, it’s suggested for recipes that have at least as much liquid as flour required in a recipe. Because this can be a tricky art, it’s suggested that as a beginner, you use recipes specifically designed for coconut flour.

Made from ground corn, this flour is too coarse for cakes, but is very nice for pancakes, cornbread and tortillas.

Don’t confuse it with cornmeal (also gluten-free), which is more coarse and well suited for cornbread or tortillas. Its texture (if not the flavor) might make it a good substitute for recipes that call for semolina.

This nutrient-rich flour is ground from the grain of the same name. It has a subtle flavor, and can be used for sweet or savory baking. In particular, it is prized for imparting a delicate crumb, so it’s suitable for baked goods such as apple muffins or quick breads (e.g. banana or zucchini).

Choose a nut, choose any nut. Now, grind it into a fine powder. That’s what nut flours are. They cannot be substituted in equal quantities for flour, because they are dense and too high in protein — they would be used more frequently to replace a portion of flour in a recipe. Since they tend to be rather expensive, they tend to be used sparingly.

Made from ground potatoes, this is a fine, white powder of a flour. It is popular for cakes and more delicate baked goods. If you look in old Nordic cookbooks, or talk to a fancy pastry chef, chances are this flour will be part of their repertoire.

It sounds like potato starch flour, but potato flour is very different. This is a thick, dense flour. When used for bread recipes, it can lend a soft, moist texture, but is too dense for delicate cakes.

The coating on the seeds of this grain, from which the flour is milled, is bitter. If possible, look for “debittered” quinoa flour. This flour adds a pleasant density and nuttiness to baked goods, and is well suited for scones and biscuits and pancakes.

Rice flours are a key ingredient in most gluten-free baking. White rice flour is a bland-flavored flour, which will work well with just about any flavor, and its light texture makes it well suited for baking cakes and delicate baked goods.

Made from sorghum, which is a relative of sugarcane. It’s tender and adds a mild sweetness, but is rarely used alone.

Made from ground soybeans, this flour has a nutty flavor and a high protein content. It can be used to replace a portion of flour in recipes, or can be used as a thickener. However, this type of flour can tend to make baked goods brown more rapidly, so keep an eye on bake times. Also note that soy can be an allergen and may trigger sensitivities, too.

From the root of the cassava plant, this is a light, starchy flour which adds a superior texture and “chew” to baked goods. It is frequently used in gluten-free baking, along with other flours.

Made from an African cereal grass, teff is highly nutritious, high in fiber, protein, iron, amino acid and calcium. Used with a combination of other gluten-free flours in recipes, it can add an appealing, nutty flavor and a ton of nutrition to your baked goods.

This is not a flour, but since it’s something that you’ll see very frequently in gluten-free recipes, it bears mentioning. This is a powder milled from xanthomonas campestris (try saying that five times fast). It replaces the gluten in breads and baking with gluten-free flours. A small amount (half a teaspoon or less) is more than enough to bind the dough for baked goods such as cookies. 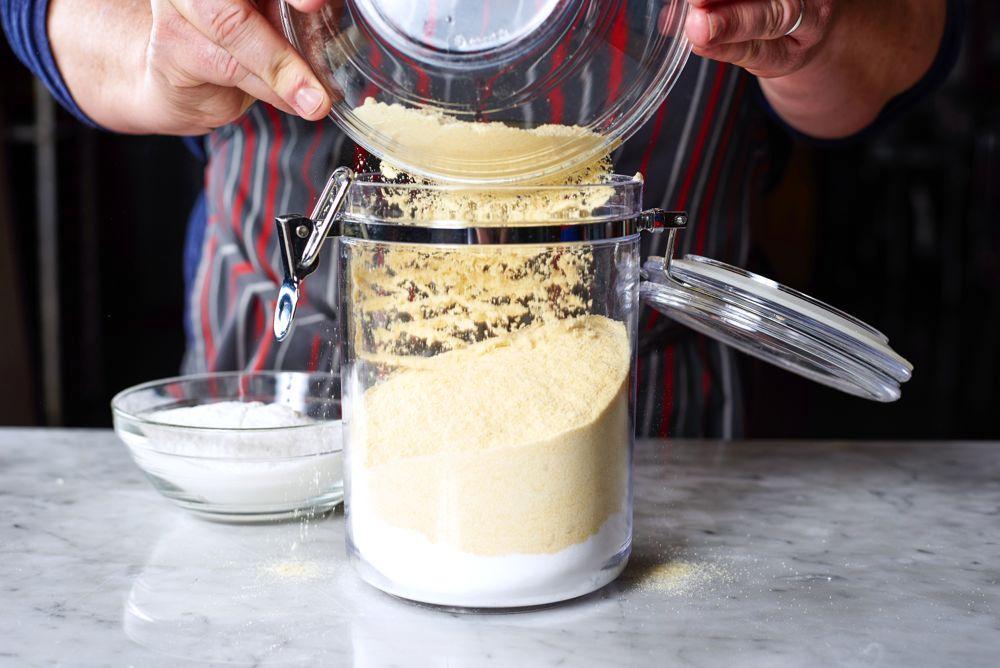 Here are a few basic mixes to get you started with gluten-free flours. As a beginner, it’s probably best to stick to recipes that are designed for gluten-free baking, as they will specify correct amounts of xanthan gum or other binders, which will help guarantee good results.