Last year I bought a charming plastic egg in the Netherlands. It’s intricately painted in their traditional blue Delph pattern and when placed in a pot of water along with some eggs, this Dutch egg will play a different song to tell you if the eggs are soft, medium or hard boiled. The problem is I don’t speak Dutch (even though I’m completely Dutch myself) nor do I know that music, so those little songs coming from the egg are really no help to me. Luckily getting a perfectly cooked hard boiled egg is as simple as boiling water and setting a timer. Just follow these steps below to a perfectly set yolk.

How to hard boil an egg:
Step 1: Place your eggs in an even layer in a saucepan. Do not overcrowd the pan. Fill the pan up with enough cold water so that the eggs are covered by 1-2 inches. Add a pinch of salt to the water. This will help the proteins in the egg to firm up and separate from the shell, making peeling them later on easier. 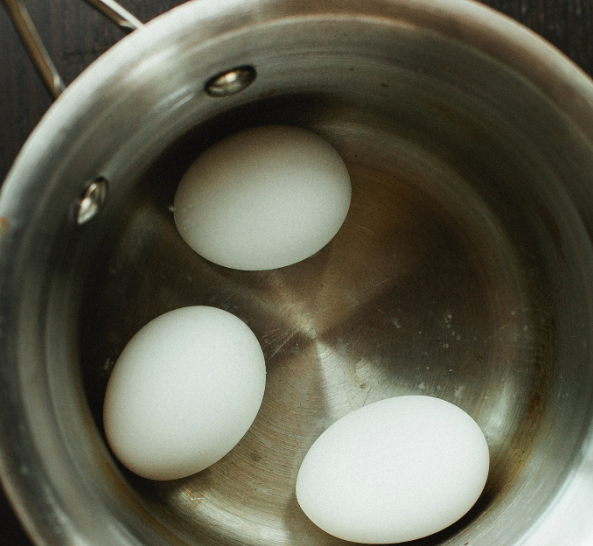 Step 2: Cover the pan and place over high heat. Bring the water to a rolling boil.

Step 3: Turn off the heat and keep the lid on. Set the timer for 12 minutes.

Step 4: Once the timer has gone off, immediately drain off the hot water and place the pan along with the eggs, under cold, running water.

Step 5: When the eggs are cool peel them under cold running water. Start peeling at the base of the egg as there is a small gap there and will be easier to start the peeling process. 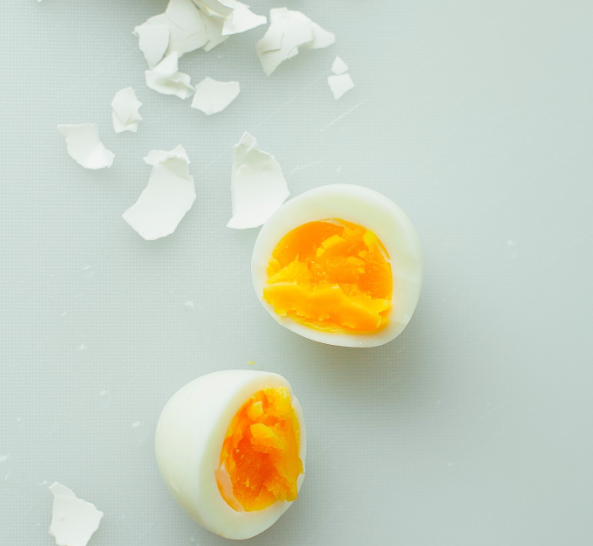 You can use this same method for soft and medium boiled eggs.
Follow the steps in the same way, simply adjust your timer in Step 4. 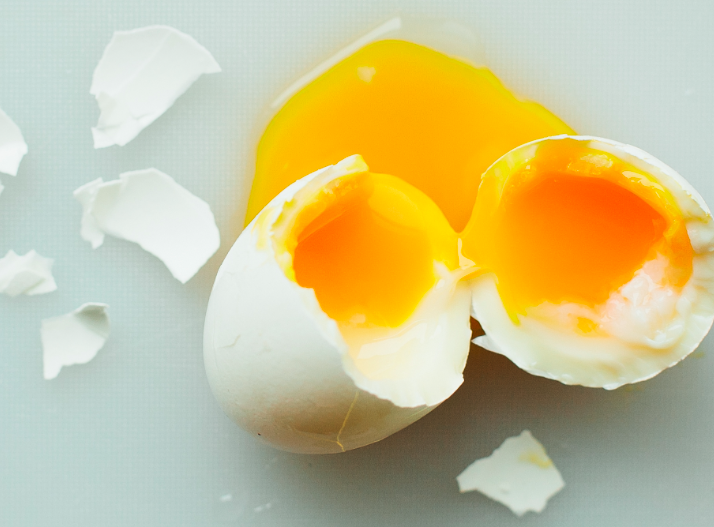 Now let’s think about this. What if you needed to make a dozen hard boiled eggs? Perhaps you’re making a giant portion of egg salad. Well, that would require either an extremely large pan or repeating this process a couple of times.

Unless you could hard boil an egg in an OVEN?
You can and there are some who say that this method produces a creamier yolk and even easier to peel.

Step 2: Place your eggs in the oven (you can stick the eggs in a muffin tin to keep them from sliding all over the place or just set them on the rack) and then bake for 30 minutes.

Step 3: Immediately place the hot eggs in a bowl of ice water to stop the cooking. Peel just as you did before. 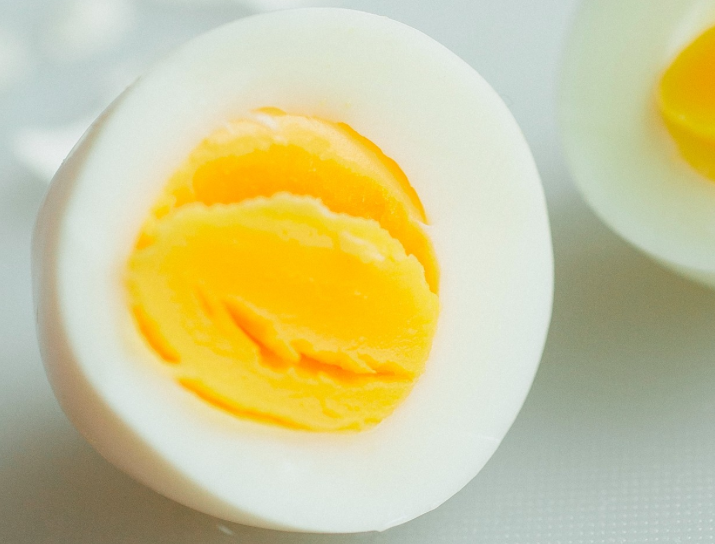 Now that you’ve mastered the hard boiled egg, learn how to cut vegetables like a pro or make an herb-y compound butter to spread on toast alongside your soft-boiled egg. What’s your favorite recipe incorporating hard boiled eggs?