Anyone who cooks (and who doesn’t these days) knows the importance of having a towel within hands reach. That certainly is the case for me. I cook a lot and the last thing I want to have to do is fish around for a towel for wiping my hands.

While not all kitchens are arranged in the same way; for me, having a towel hanging from my oven handle works best. But, darn it, sometimes that towel simply slides off the handle and onto the floor. I hate when that happens! So, the best thing is to secure it to the handle to prevent that from happening in the first place…

Follow along for my slip-free hanging kitchen towel solution! 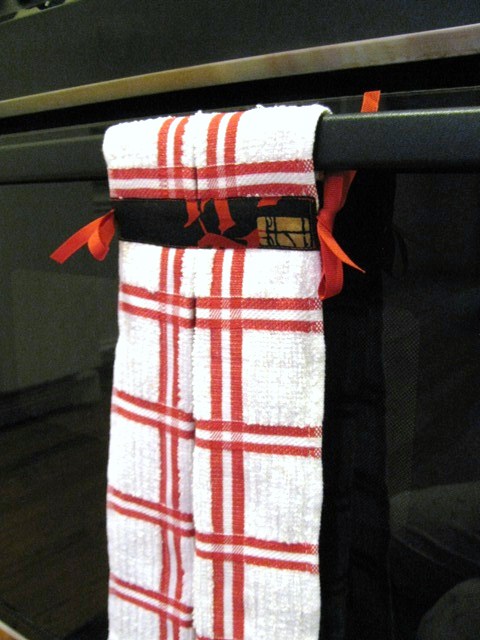 This sewing tutorial will show you a cute way to keep your kitchen towel hand and secure — and as an added bonus it looks great. All one needs is a kitchen towel, a very minimal amount of fabric (here’s where those fabric scraps come in handy) and some ribbon to tie the towel to any handle.

1. Open up a kitchen towel, wrong side facing up and trim off the hem from one of the towel’s short ends. 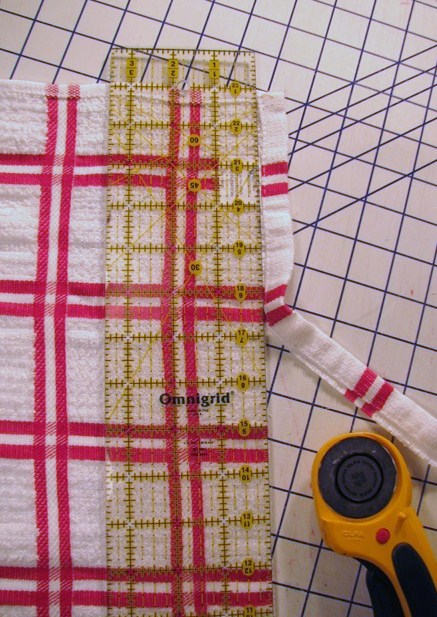 2. Fold the length of the towel accordion style to create one center pleat and pin the folds in place. Baste stitch in place ¼” from cut edge. 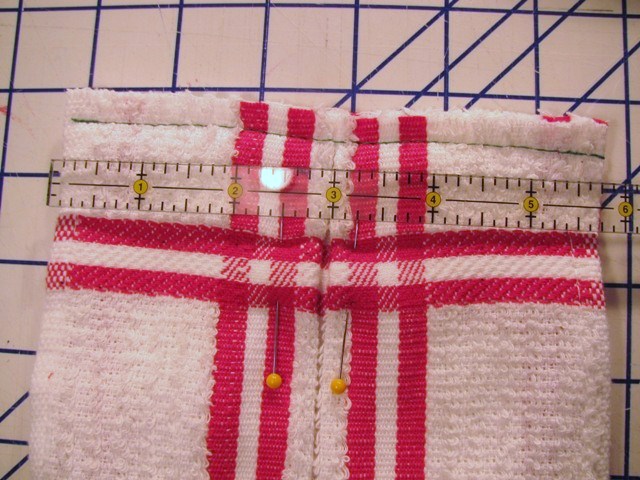 5. For the ribbon ties cut two strips of ¼” wide ribbon that equals 14” plus the width measurement of the towel. 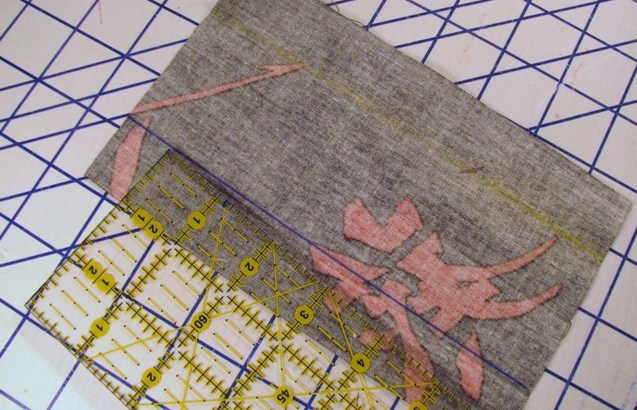 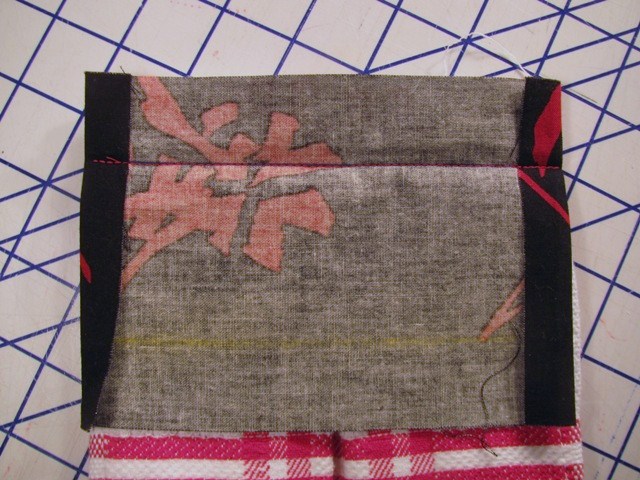 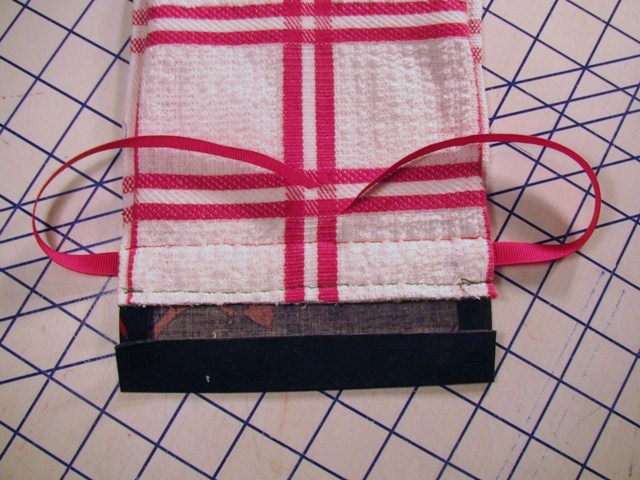 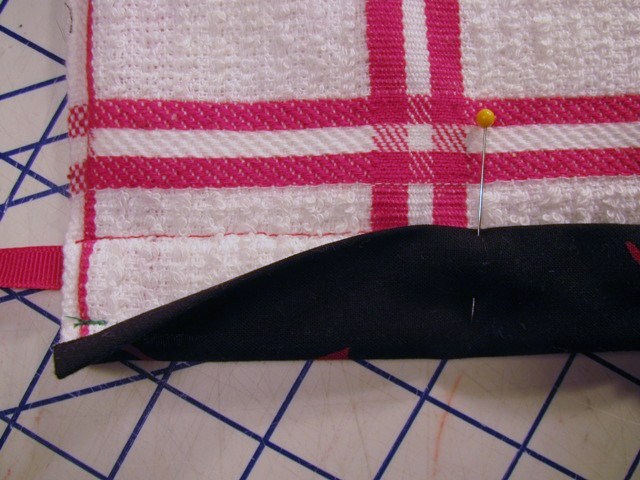 8. Sewing from the right side of the towel edgestitch to secure both sides of the fabric to the towel. 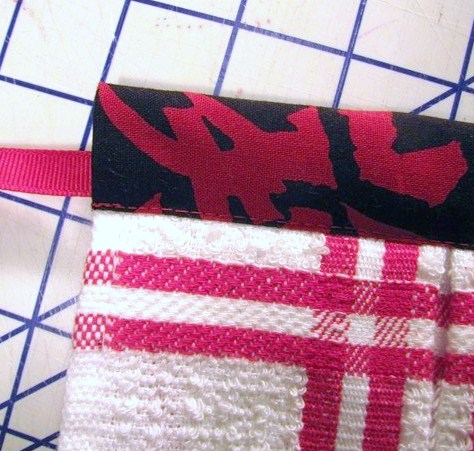 9. Center the ribbon within the strip and towel and stitch each side of the fabric to secure the ribbon in place.

10. Take the other strip of fabric and with the wrong side up fold down each of the long edges by ½” and press in place. Fold over the sides to fit the width of the towel and press those edges in place. 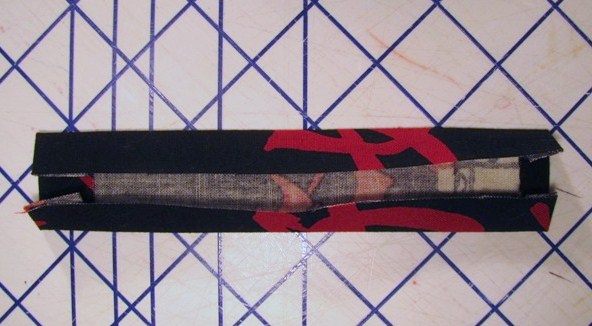 11. Wrap a measuring tape around an oven handle to determine the placement of the second strip of fabric. 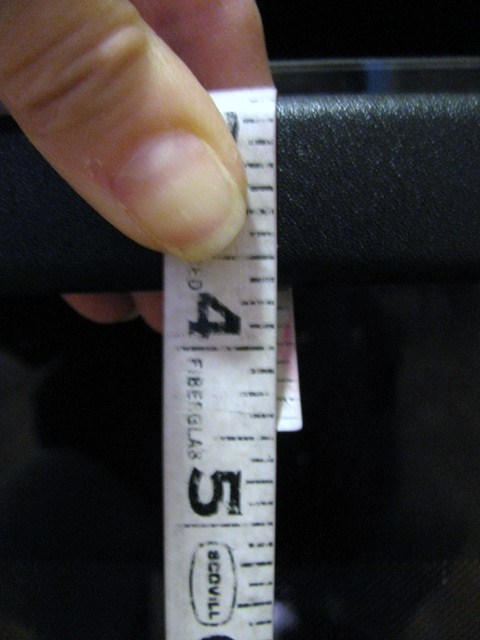 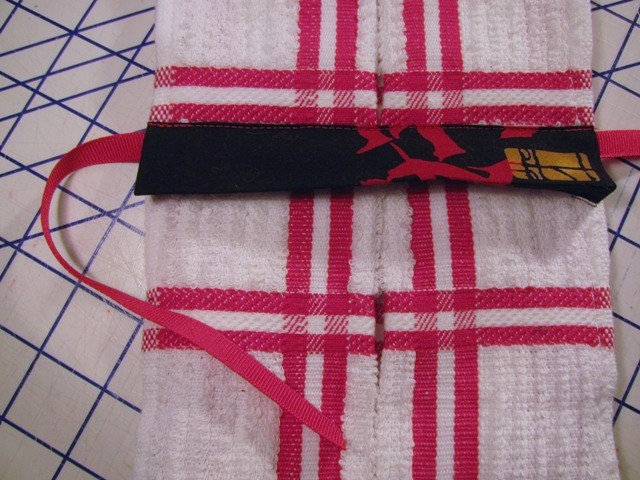 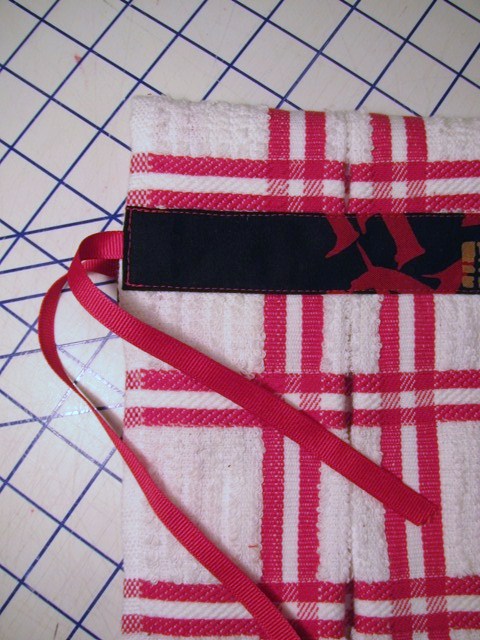 13. Fold the towel over the oven handle and tie each set of ribbons in a bow!