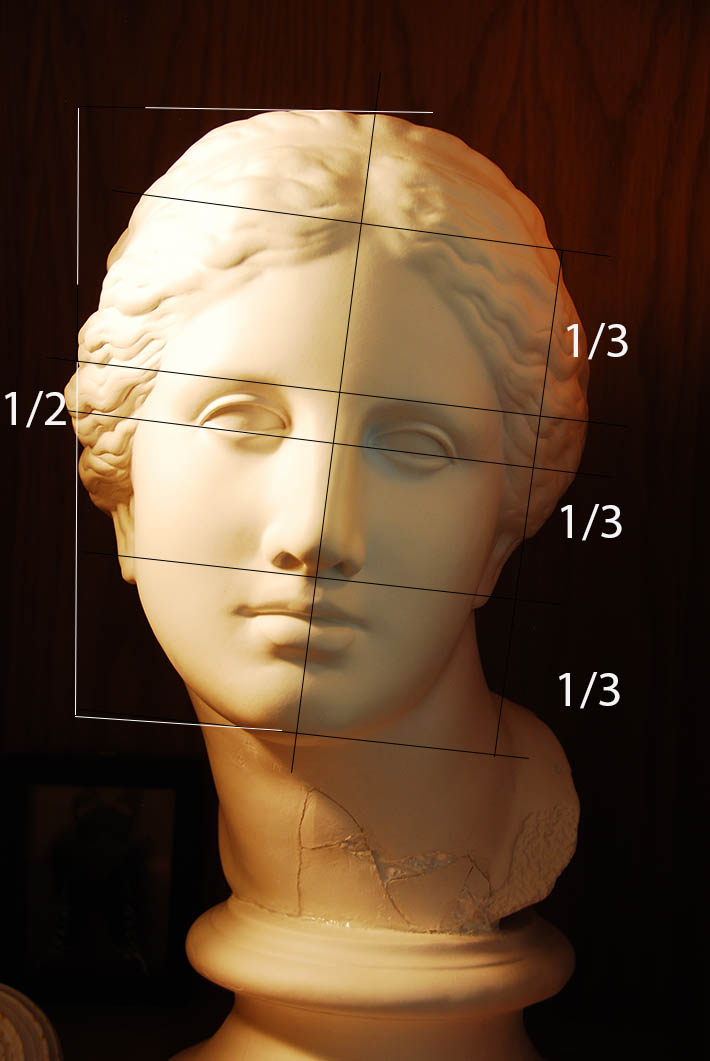 Plaster casts are invaluable to understanding the human form mainly because real-life women conform to the same proportions and principles. As you transition from casts to models, the process becomes easier. A model’s likeness is achieved through careful observation and adjustment of the classical features the artist gets used to drawing. For example, a model’s eyes may be narrower and smaller, or her mouth may be fuller or thinner. Sketching from life is the most beneficial practice for the artist, but starting with a still life cast is a great starting point.

The face can be divided into three equal parts:

Once you’ve divided the head into these sections, you can easily place the features:

Looking for more tips for drawing faces and heads? This blog post will help!

To begin, mark the top and bottom of the subject’s head to “lock” it on a page. As you draw, don’t go beyond these marks; instead, figure out the proportions within those marks. This classical approach to drawing helps you keep the subject on the page without letting it slide down, get cropped or not fit in by accident. This lay in with markings is called the “envelope.”

Then, draw the center line to mark and show the face’s rotation in space. Sketch several horizontal parallel lines following the proportions described above and mark the general placement of facial features. 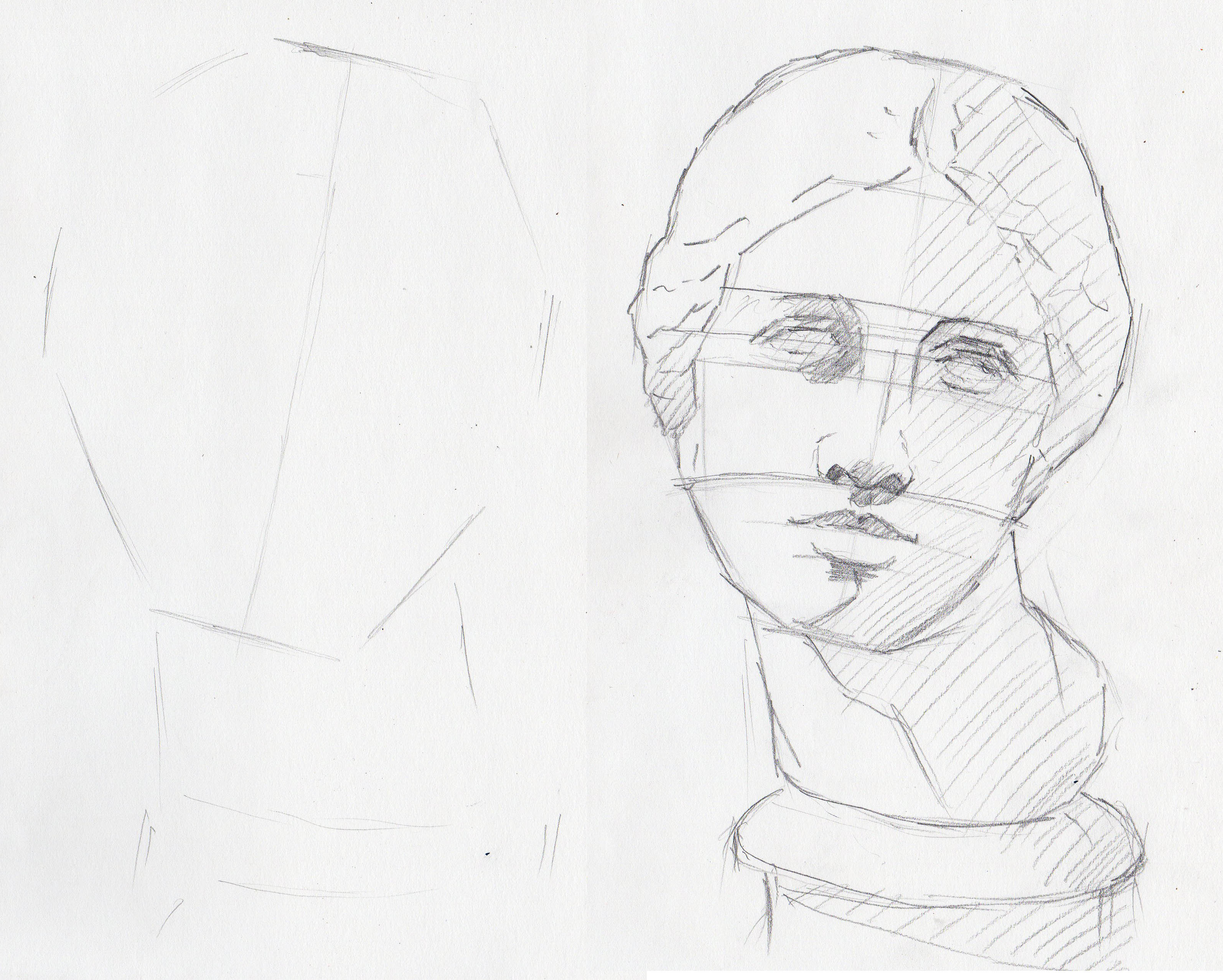 The distribution of light on a female face

After the general layout of features is complete, begin shading. Shading happens in accordance with the distribution of light you see in the picture below. Every face is a topographical landscape of lights and darks, rather than lines and particular features. 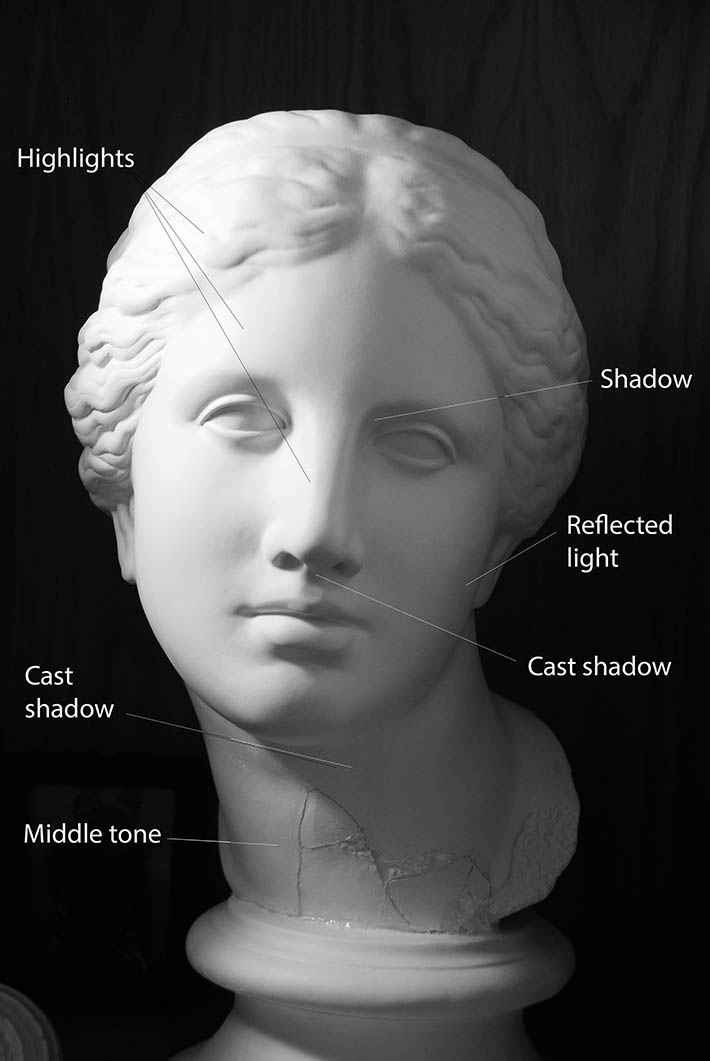 The highlight is the lightest light in the picture. The middle tone is the middle value falling between the lights and the darks. The cast shadow is a shadow created by the object (or in the case of a face, the head or individual features). Reflected light is a light on the object that bounces of the surroundings.

For more on drawing shadows and understanding light, check out this blog post.

This is an example of a female face drawn in graphite observing the distribution of light. 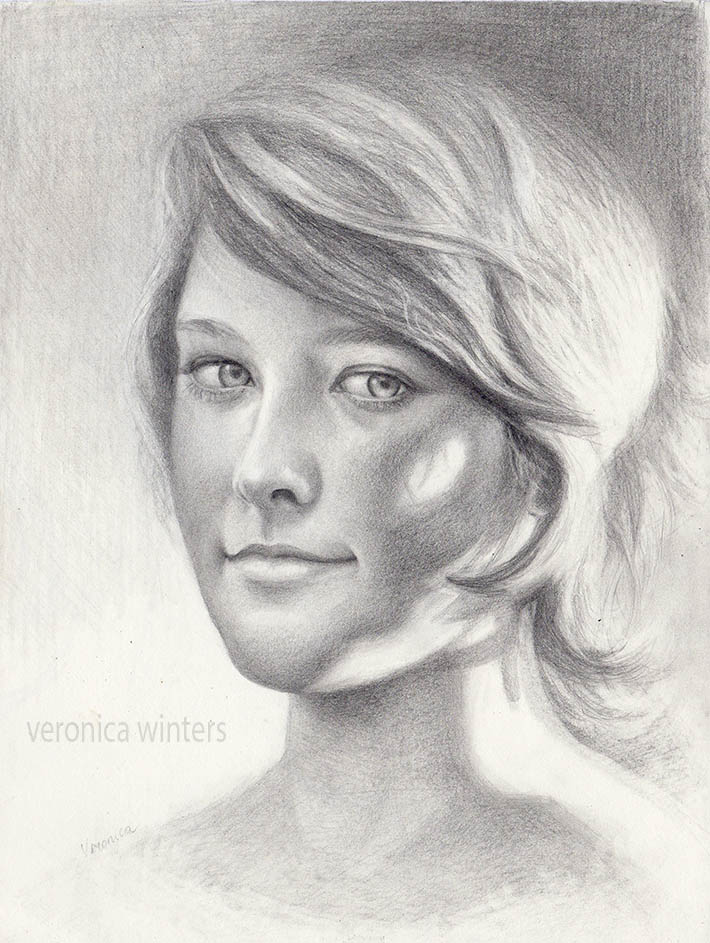 The differences between male and female face

Although every face has a unique shape, regardless of gender, there are several considerable comon visual differences between typical male and female faces, such as: