If you’re live and baking more than 3,500 feet above sea level, you’re going to have to learn how to bake at high altitude. Even if you’re a professional at sea level, the casualties that can befall sweets with high altitude baking are many: flat-as-a-pancake cookies, cakes that bubble over the edges of the pan, cupcakes that puff up dramatically, only to sink once taken out of the oven.

Here, we’ll discuss why high altitude baking is so different, and offer helpful tips and tricks.

These ideas from Denver-based baker Porche Lovely, owner of Church of Cupcakes, will help you adapt your favorite recipes for high altitudes. 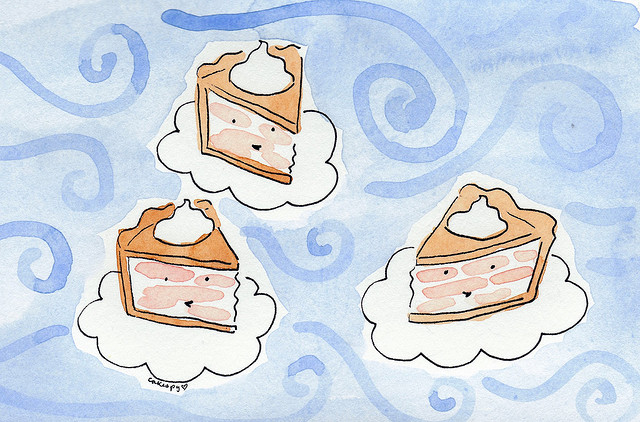 How the altitude affects baked goods

High altitudes are characterized by a low air density, low air pressure, and low humidity. The weight of air, measured in pounds per square inch, decreases nearly one third from sea level to 10,000 feet.

So how does this affect cake? In a few ways.

The decrease in pressure lowers the temperature at which water boils. Cake-wise, this means that more liquid will evaporate before a cake tester will indicate doneness. Since the liquid evaporates more rapidly, this leaves you with a higher ratio of other ingredients, including leavening, flour, fat, and sugar. In essence, the ratios that make baked goods “work” has been thrown out of whack. In essence, you have to adjust your recipe to compensate for the lost liquid, but maintain the ratio of other ingredients.

Leavening is another sticky point. As Porche Lovely shares,

“At sea level the air is heavier; it pushes against the air or carbon dioxide as it expands in the heat of the oven. A sea level formula has these two opponents equally matched. As this same formula is taken higher and higher in elevation, the air pressure puts up less and less of a fight against the leavening. Like a balloon that’s been blown up and had the air let out, a favorite cake or quick bread will rise gloriously in the oven but will shrink to a shadow of its former self as it cools. The lower boiling temperature of water also effects chemical leavening agents because less of the baking soda or baking powder is neutralized during baking which leaves a bitter, soapy, or metallic aftertaste.”

So how do you adjust recipes to work in high altitudes when so many that work perfectly at sea level go wonky at great heights?

Here are a few tricks for adjusting recipes. 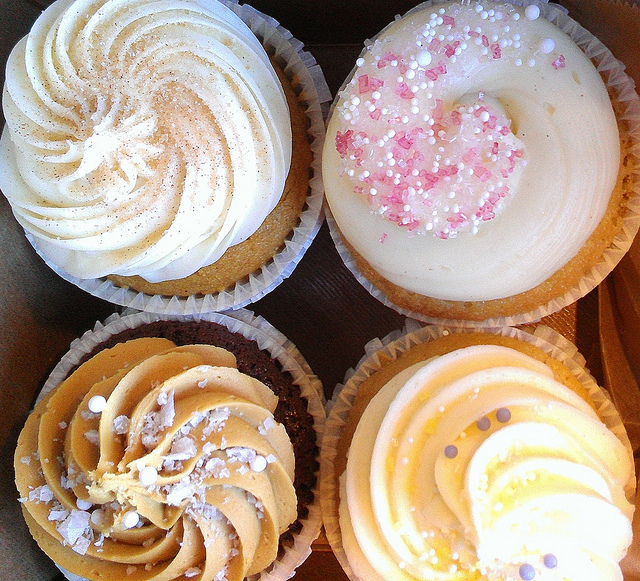 Cupcakes baked at high altitude by Church of Cupcakes, photo via CakeSpy

Because a higher temperature will lead to more rapid browning, you’ll want to reduce the bake time to avoid over-baking. A good general tip is to check the baked good 8 minutes ahead of time for every 30 minutes of baking. So, if you have a batch of cookies that are supposed to bake for 30 minutes, check them at 22 minutes and monitor them for doneness from there.

The above guide is the one suggested for high altitude adjustments by Johnson and Wales University. However, if you’re not quite so mathematical, we’ve made some simple swaps which can be found below.

Author’s note: Having lived in the high altitude of Santa Fe, New Mexico for a year, I have developed my own batch of high altitude adjustments, which were largely influenced by the advice of Porche Lovely of Church of Cupcakes. Keep in mind that this is more of a loose guide than an absolute; like snowflakes, each recipe is different, and will require different tweaks to come out perfectly. 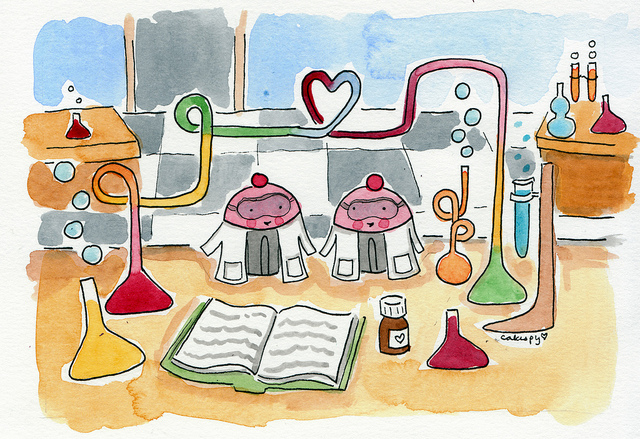 The decreased air pressure works differently with leaveners such as baking soda or powder. Reduce the amounts by 1/4 to 1/8 teaspoon per recipe.

The increased evaporation rate for liquids leads to a higher concentration of sugar. In terms of structure, this is a bad thing: it can make cakes gooey, and not in a good way. Decrease the sugar by 1 tablespoon per cup in recipes.

A little extra liquid can go a long way when the evaporation rate is more rapid. Increasing the liquid (milk, water, etc) by 1 to 2 tablespoons.

Eggs can count as extra liquid, too. Adding an extra egg to recipes at high altitude can help maintain structure and keep things from drying out.

If your baked good is a house, flour is the foundation. Strengthen your foundation at high altitude by adding 1 tablespoon flour per cup called for in the recipe.

Slightly reducing the fat may help baked goods such as cookies from spreading too much. Reduce by about 1/2 tablespoon per stick of butter. 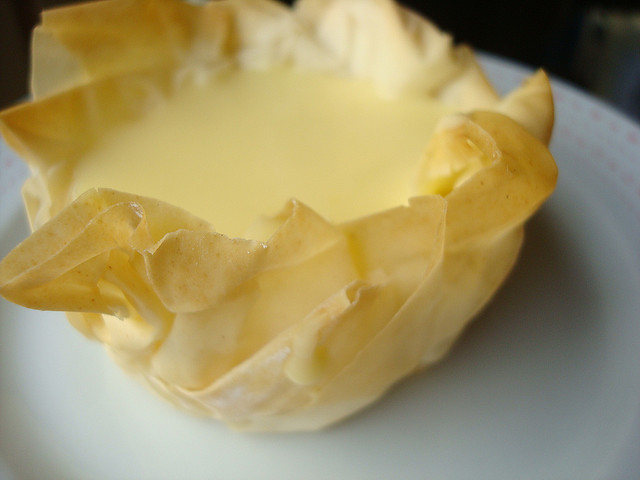 Notes on other aspects of baking

Because of the lowered temperature at which water boils, recipes for puddings, custards, and cream fillings may require added cooking time. Since the boiling temperature is lower, they may come to the point of bubbling before they have had a chance to set up properly.

Watch out for recipes which include yeast, such as homemade bread or yeasted coffee cakes. The rising time will likely be reduced at higher altitude, so if a recipe calls for resting the dough until it has doubled in size, look for visual cues rather than relying on a specific amount of time.

Do you have any high altitude baking tips to share?