Like guacamole and margaritas, chorizo is a staple of Mexican cuisine… and a delicious one at that! Chorizo — a flavorful pork sausage often used in tacos, breakfast burritos and more — is easy to find pre-packaged at the grocery store. But believe it or not, making your own chorizo is nearly just as simple. 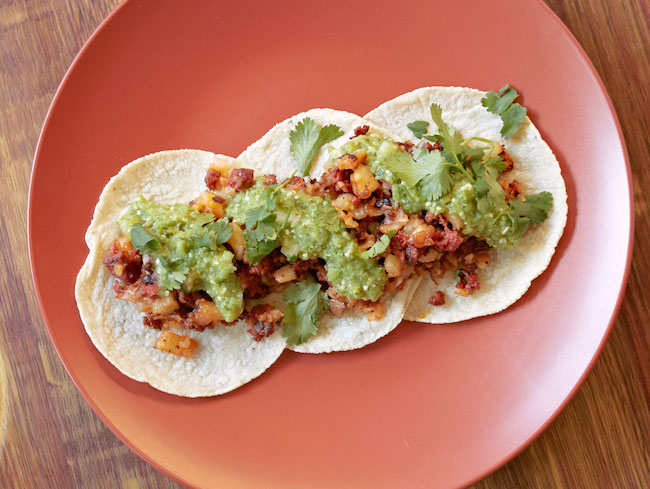 First things first: These two sausages are not the same thing! In fact, the only thing they have in common is that they’re both seasoned pork sausages. But in most recipes, Mexican chorizo and Spanish chorizo cannot be easily interchanged.

Spanish chorizo, seasoned with smoked paprika, is typically cured or smoked, which means it doesn’t need to be cooked. You can find it in dishes like paella or served as tapas.

On the other hand, Mexican chorizo is fresh and uncooked, and you can find it either loose or in a casing. Its flavor comes from pepper flakes, not paprika, which gives it a notably different flavor.

While you can find flavorful chorizos at most supermarkets, nothing beats meat that’s freshly seasoned at home. Here’s how it’s done: First, you whip up a spice mixture in your food processor. Then you mix the spices and a little wine or vinegar with ground pork. Let it sit for a few hours until the meat absorbs the seasoning, and it’s ready to use! 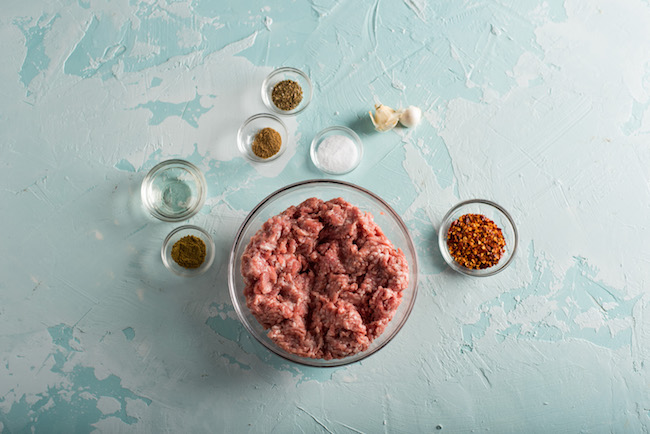 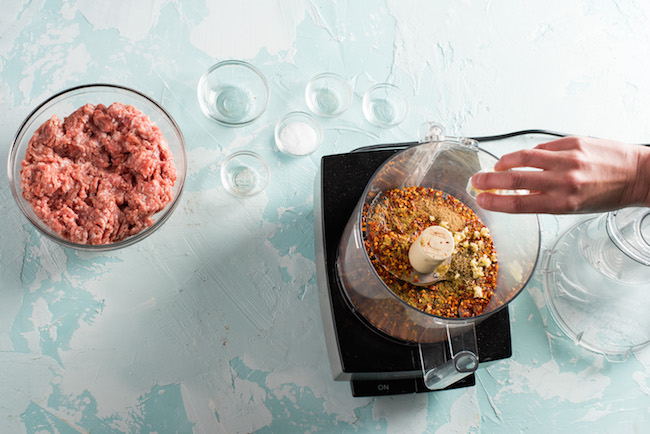 In a food processor or blender, combine the chile flakes, salt, spices and garlic. Pulse until the garlic is minced and the spices are thoroughly mixed. 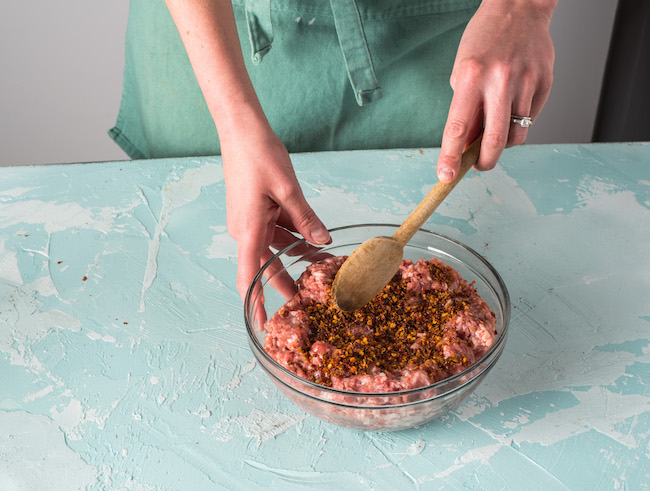 In a large bowl, mix together the pork, wine or vinegar and spice mixture. Use a spoon or your hands to thoroughly mix the spices into the meat. 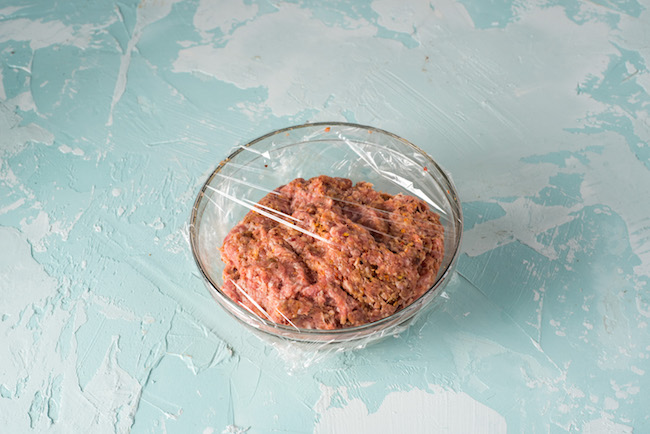 Cover the bowl and let it site in the refrigerator for at least two hours. After one hour, mix or knead the meat again to further incorporate the spices.

Before cooking the entire mixture, you may want to test your mixture by frying a small piece. If you decide you want to adjust the seasoning, you can mix it in and let the mixture rest for another 30 minutes or so to absorb the additional flavor. 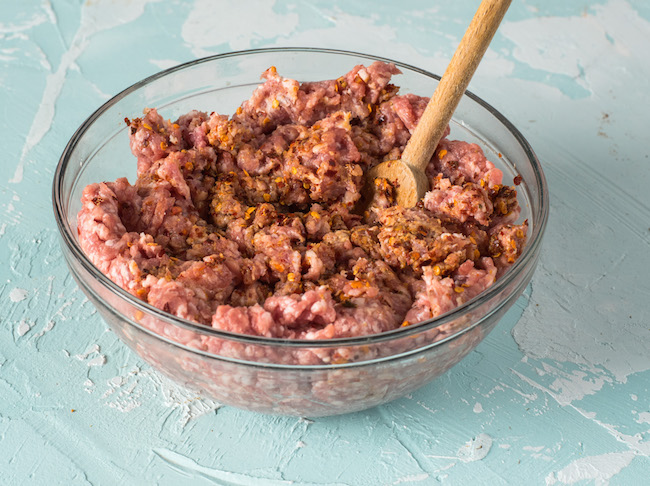 When you’re happy with the flavor, you fry the chorizo in a skillet or frying pan to use as taco filling or in an egg sandwich. You can even form the mixture into burger patties and freeze them for up to 1 month.