In my first post, I shared the story of how I took up sewing as a young girl. Now, I’d like to tell you how I fell into quilting. It happened by happenstance, and I know the exact day when I fell under the spell. 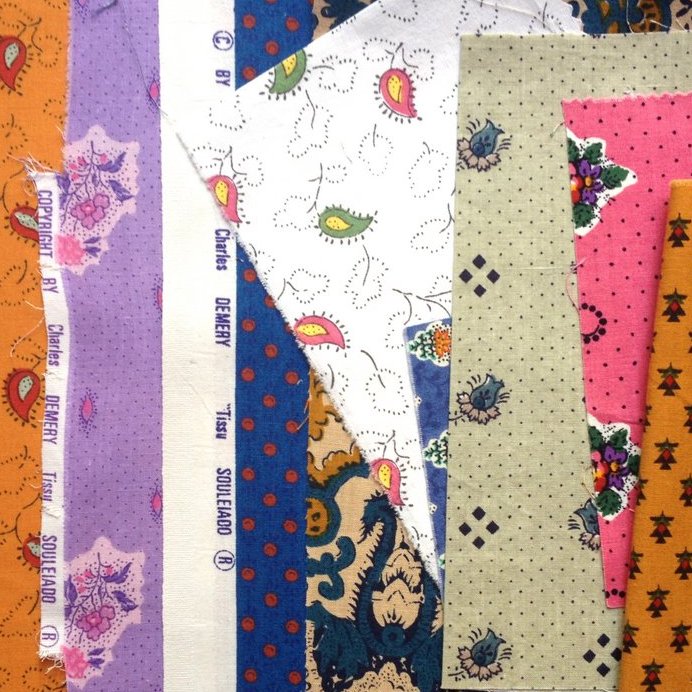 On October 27, 1990, while walking down Bleecker Street in Greenwich Village, I spied people entering and leaving a quaint shop. There was more in-and-out activity than would have been the norm for such a smallish shop. A hand-painted banner in the window indicated it was the final day of business. Of course I was crazy curious.

I spied shoppers milling about inside and took a closer look. It turned out to be the fabric outlet for the Greenwich Village antiques shop Pierre Deux, which carried home decor items of Provençal cottons. They sold a “French Country” look based on 18th- and 19th-century block-printed textile designs. Rolls of fabric as well as odds and ends were scattered about. Ultimately, wouldn’t you know it, I wrote a check and there the “trouble” began. 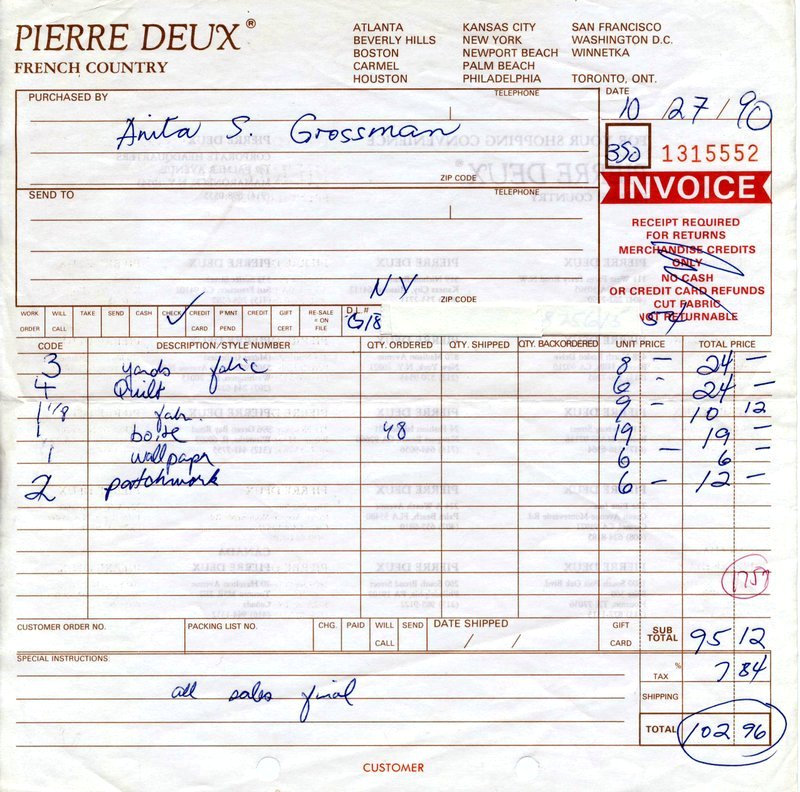 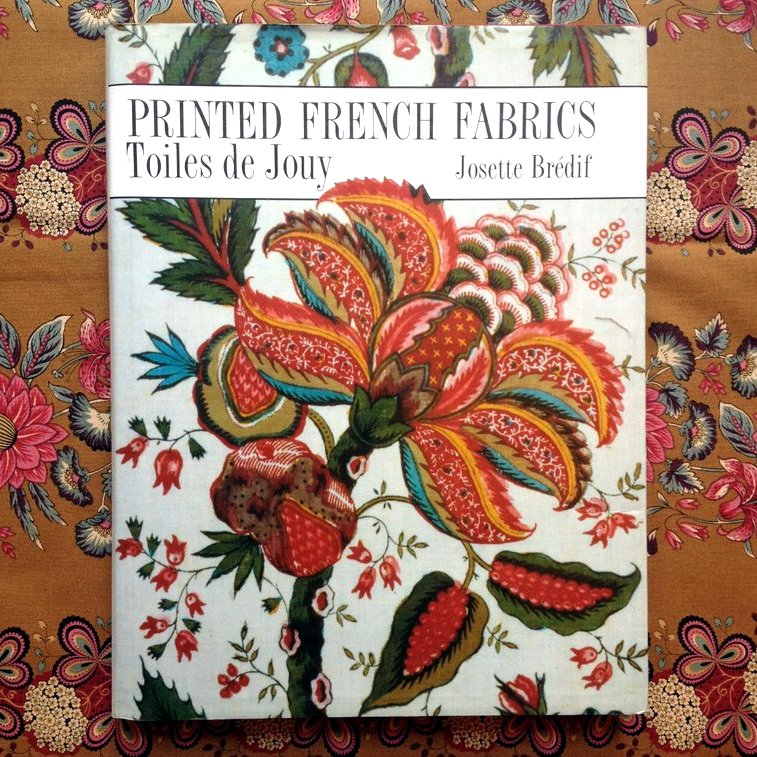 I was not a quilter at that time…

It’s not a leap to reason I’d be drawn to that fabric. It’s reminiscent of engraved postage stamps I’ve tucked away. Yes, I do pet my collection of stamps. 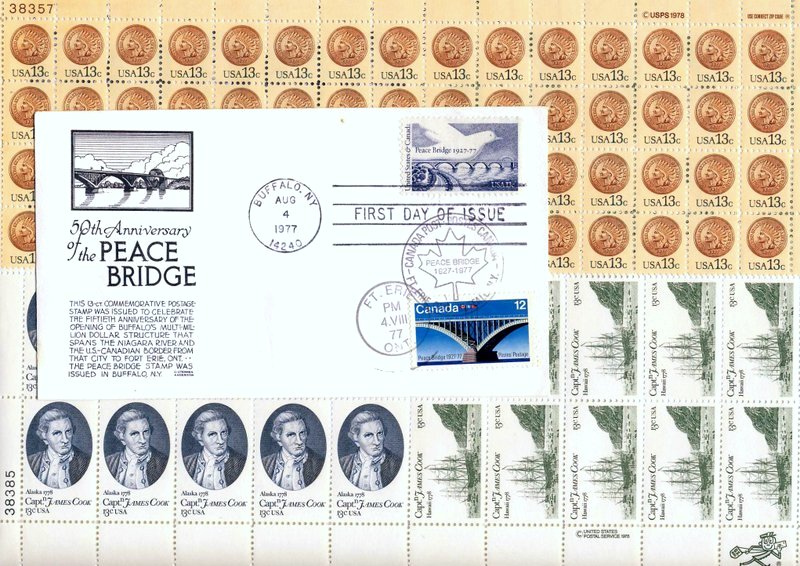 Sometime later I visited college art history professors from my Skidmore days now living near Columbia. After dinner I confessed to inexplicably falling for French fabric, which was overtaking my apartment. My plan was to consolidate the scraps into a keepsake quilt. There were at least two obstacles: I was clueless in the quiltmaking department and I didn’t have access to a sewing machine.

I was told to look in the bookcase behind me for a particular paperback shelved among the oversize painting and sculpture tomes. 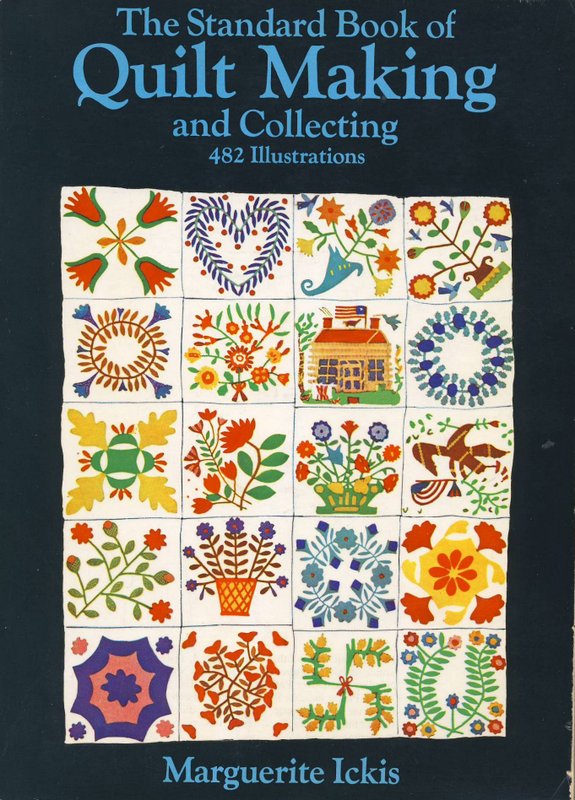 Marguerite Ickis “The Standard Book of Quilt Making and Collecting”

It was a Dover Publications reprint of the 1949 Ickis book. The 481 illustrations and photographs were entirely in black and white. I had little imagination so I bought Quilts! Quilts!! Quilts!!! The Complete Guide to Quiltmaking by Diana McClun and Laura Nownes. I bought more fabric and I bought more books and I’m still acquiring fabric, books and stamps.

Beneath the Toiles de Jouy book above is new piece of fabric. Originally French, it’s part of the Dargate Treasury line.

I’m itching to cut into the Dargate fabric today. Revisiting the Ickis book, I now appreciate that its black and white blocks won’t influence my use of fabric. 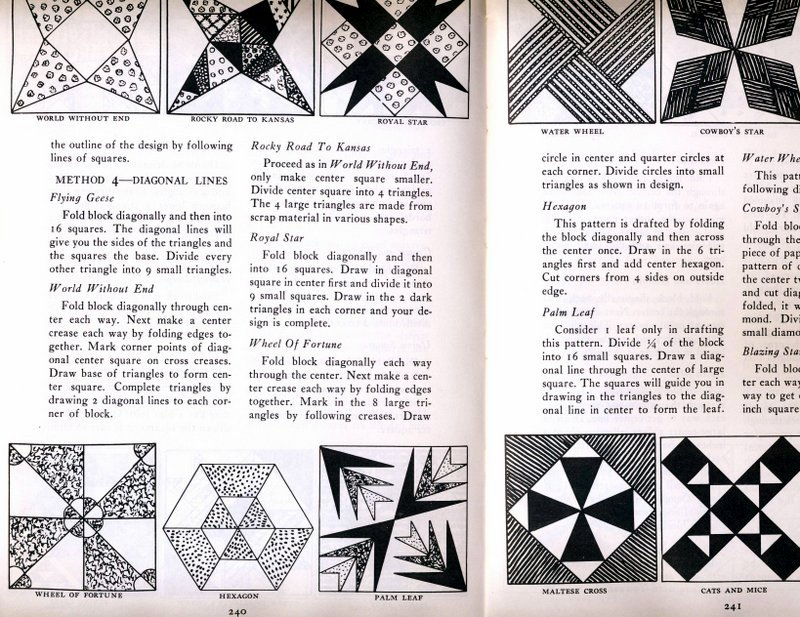 On the other hand, I could work on the unfinished quilt below. It hasn’t seen the light of day in years. After all, its Souleiado fabrics are the caused me to become a Quilter. 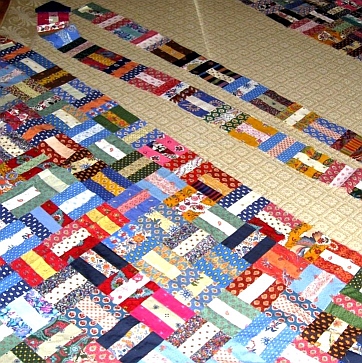 Anita Grossman Solomon is a full-time quilter, author and Craftsy instructor. Her quilts have been displayed everywhere, from the ceiling of the International Quilt Festival in Houston to an enormous screen high above Times Square in New York City.

In this brand new blog series, she’ll dive into the emotional and often humorous aspects of being a maker. Subscribe to the Craftsy Quilting Blog today to follow along, and enjoy personalized instruction from Anita in her popular Craftsy class