While capturing a likeness can be a challenge, heads and faces are some of the trickiest things to draw.

Let’s focus specifically on drawing better facial features and a realistic head. Because we spend all day looking at people, we are very aware when something is a little off in a portrait drawing or painting.

Here are useful tips to keep in mind as you practice drawing a head.

Heads are not perfect circles, and they are not perfect ovals either. You can think of them as kind of egg-shaped, with the tapered end toward the bottom. Of course, this varies depending on the actual person and the angle you are seeing them from. But let’s start with an egg… 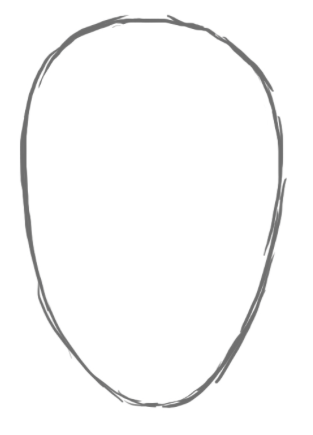 If you are drawing a woman, this egg shape might do well to describe her jawline, but let’s say we’re drawing a man with a slightly more angular jaw and flatter chin. Let’s bring the jawline out. 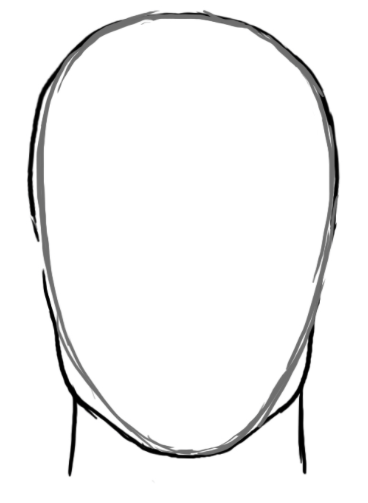 3. Where to place the eyes?

Well, we have a tendency to think the eyes are closer to the top of the head than the bottom because they are the highest facial feature. But that’s not really the case. 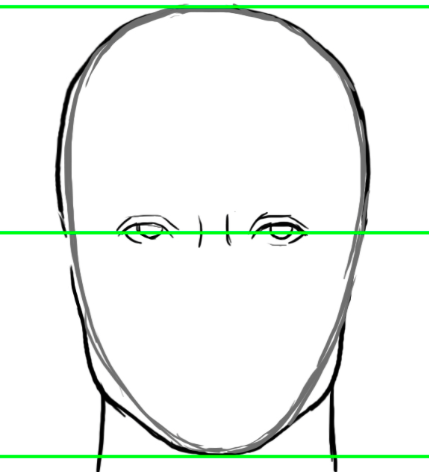 As you can see, the eyes are just about halfway between the bottom of the jaw and the top of the head. There is a lot of head above the eyes, as any of us with a receding hairline know. But I skipped a step here — how far apart should the eyes be? How big should they be?

4. A good rule of thumb is that the head is about 5 eyes wide

That means the gap between the eyes where the bridge of the nose is located is about the same width as the face on either side of the eyes. Like any rule of thumb, it’s important to remember this isn’t always the case, and that this applies only to drawing the face head-on in a portrait. 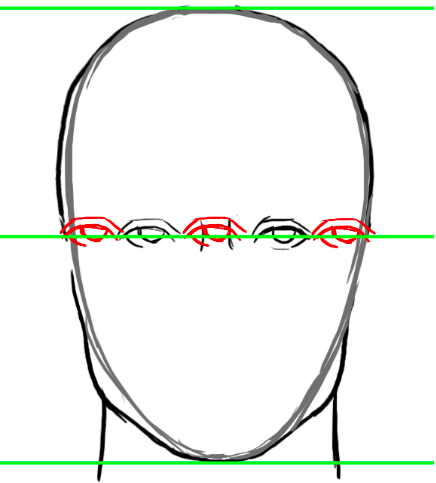 Locate the tops just above the eyes, and bring them down to a point almost halfway from the eyes to the bottom of the jaw. Depending on the person, the ears can stick out a lot or a little, so there’s not a good rule for that other than careful observation.

Well, what do you know — after drawing the ears, you now have a great idea about where to locate the nose! 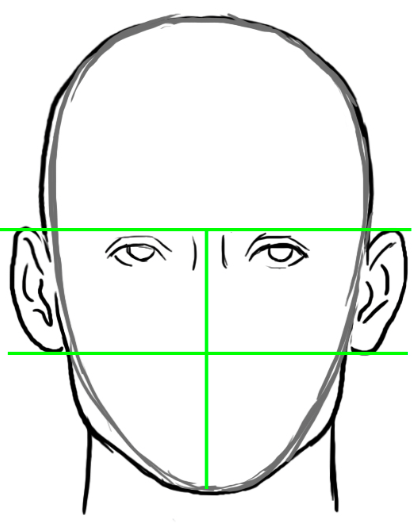 Noses do vary quite a bit in width, so keep that in mind. The sides of this guy’s nose extend a little past the inside corners of his eyes. 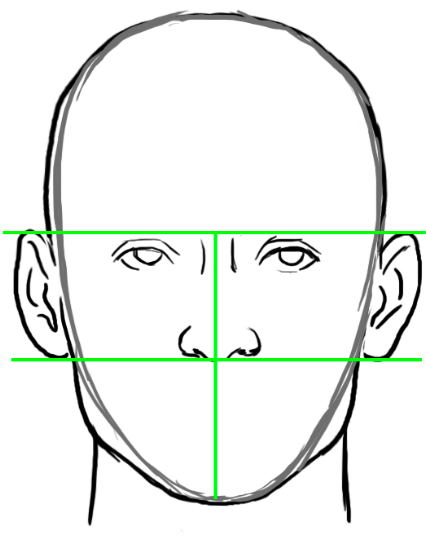 7. The mouth is a bit trickier

Rather than the mouth itself being halfway from the earlobes to the jawline, use that halfway point for the bottom lip. The width of the corners of the mouth often extends to about the location of the iris in the eyes above. 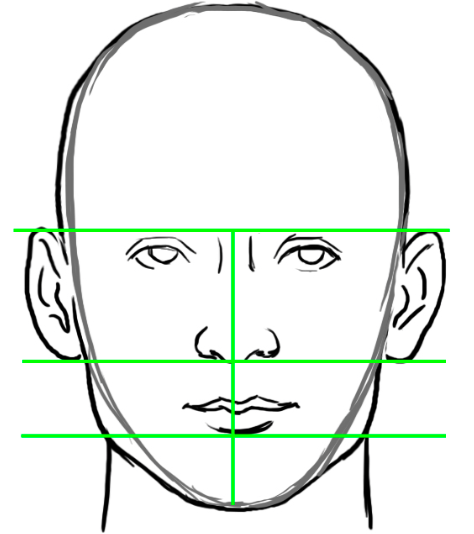 This is another feature that varies greatly from person to person. Do keep in mind that each eyebrow is generally wider than the eye below it. They also tend to be thickest toward the bridge of the nose and taper toward the sides of the face, where they often also sweep downward. 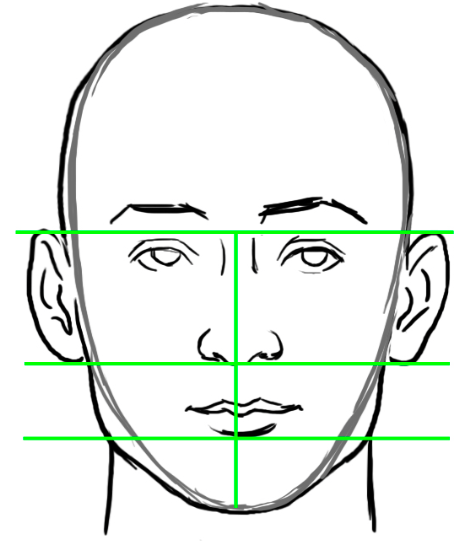 9. Don’t make the mistake of placing the hair on the very top of the head! 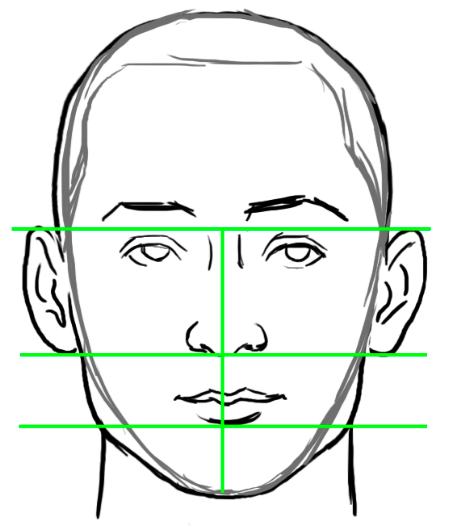 These proportions work just as easily for a woman. Adjust the jawline to be a little more rounded, make the ears a bit smaller and the neck a little narrower and you have a pretty convincing female face. 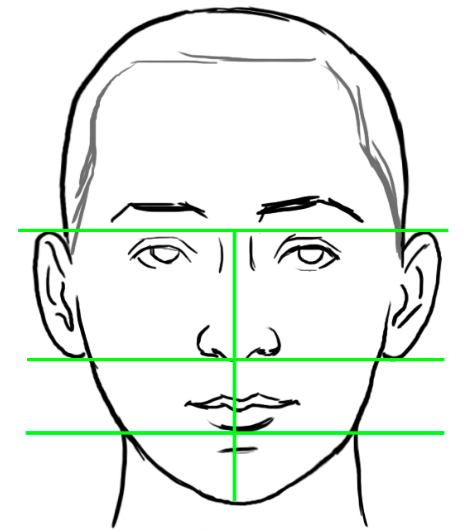 The other cool thing about knowing your proportions is you can use them to draw a head in profile, too! Just extend your proportion lines across and you have a great way to keep your head proportions consistent. 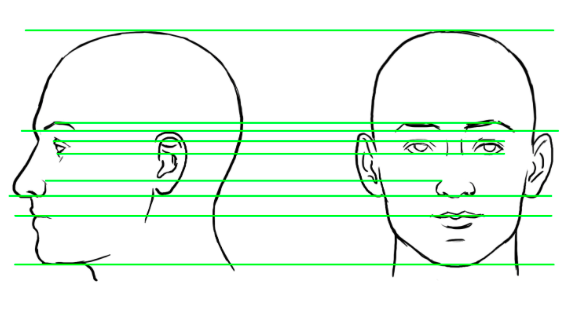 7 Responses to “Drawing a Realistic Head: Bringing Faces to Life”