Most knitters have their tried-and-true favorite cast-ons that they use for different situations — stretchy edges, tubular cuffs, provisional cast-ons for joining later. Why step outside our comfort zone when we know that these cast-ons do the trick?

A cast-on can help you get the perfect amount of stretch on the edge of your project. The Chinese Waitress Cast-On, for example, is a medium stretchy cast-on that looks just as neat on the front as it does on the back. 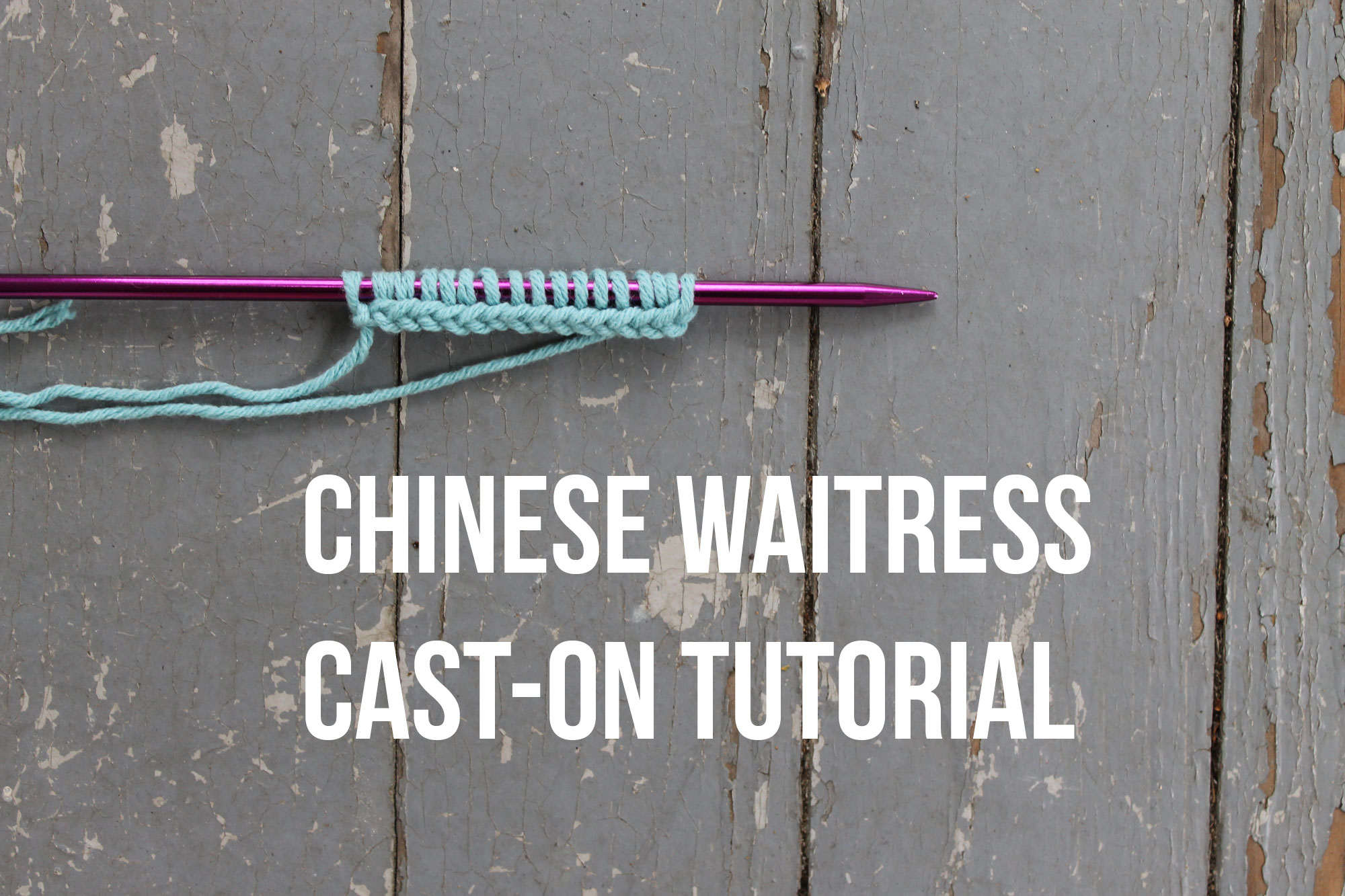 I was intimidated by the Chinese Waitress Cast-On at first because it is a bit odd. I felt like my fingers were getting all tangled up and I kept dropping the needles when I first tried it. After a few times practicing it, though, it became just as familiar as my usual long-tail cast-on.

Read a little about the characteristics of the Chinese Waitress Cast-On, then give it a try. You might like it enough to add it to your usual lineup of cast-ons!

Origins of the name

The Chinese Waitress Cast-On is from Cap Sease’s book Cast On, Bind Off: 211 Ways to Begin and End Your Knitting. The cast-on has this unique name because a Beijing restaurant waitress showed the author’s friend how to do it. I wonder if that waitress knows she’s famous now?

When to use the cast-on

This cast-on is a short-tail cast-on that creates a reversible double chain on both sides. It’s a knitted cast-on, so you’ll use both knitting needles to work the stitch.

Because it’s reversible, it’s perfect for two-sided projects like scarves and blankets where both sides will be visible. The cast-on not only makes the project look neat, but it gives it a little bit of extra decoration that you can’t get with just any cast-on.

How to make the cast-on

Make a slipknot and place it on the left needle. This is not a long-tail cast-on, so just leave a tail that’s long enough to weave in later.

Place your right-hand needle on top of the working yarn and under your left-hand needle so that the two needles cross and make an X. 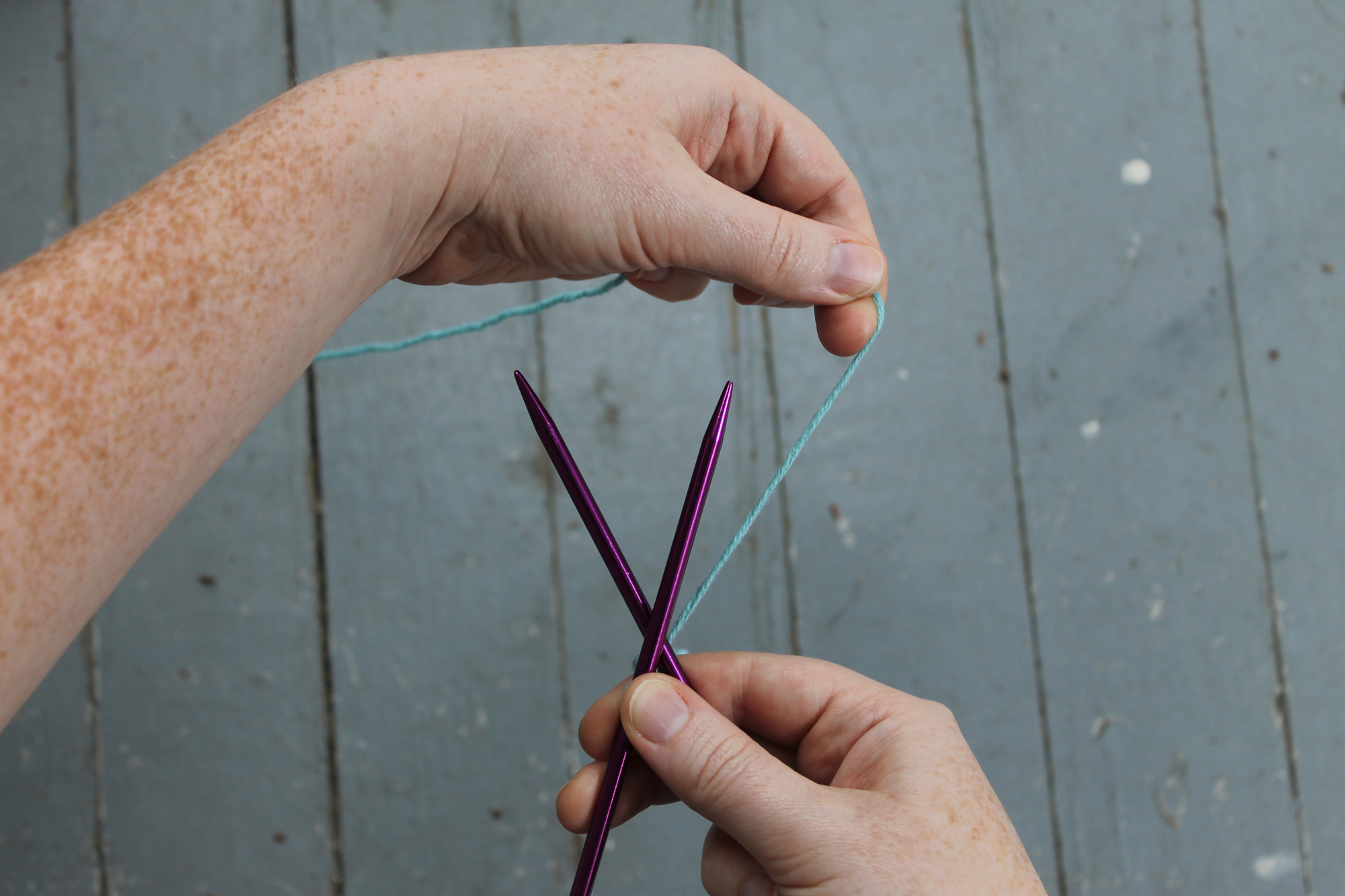 Wrap the working yarn over the left-hand needle and around the back of the right-hand needle. It’s almost like making a knit stitch except that there’s some extra wrapping going on. 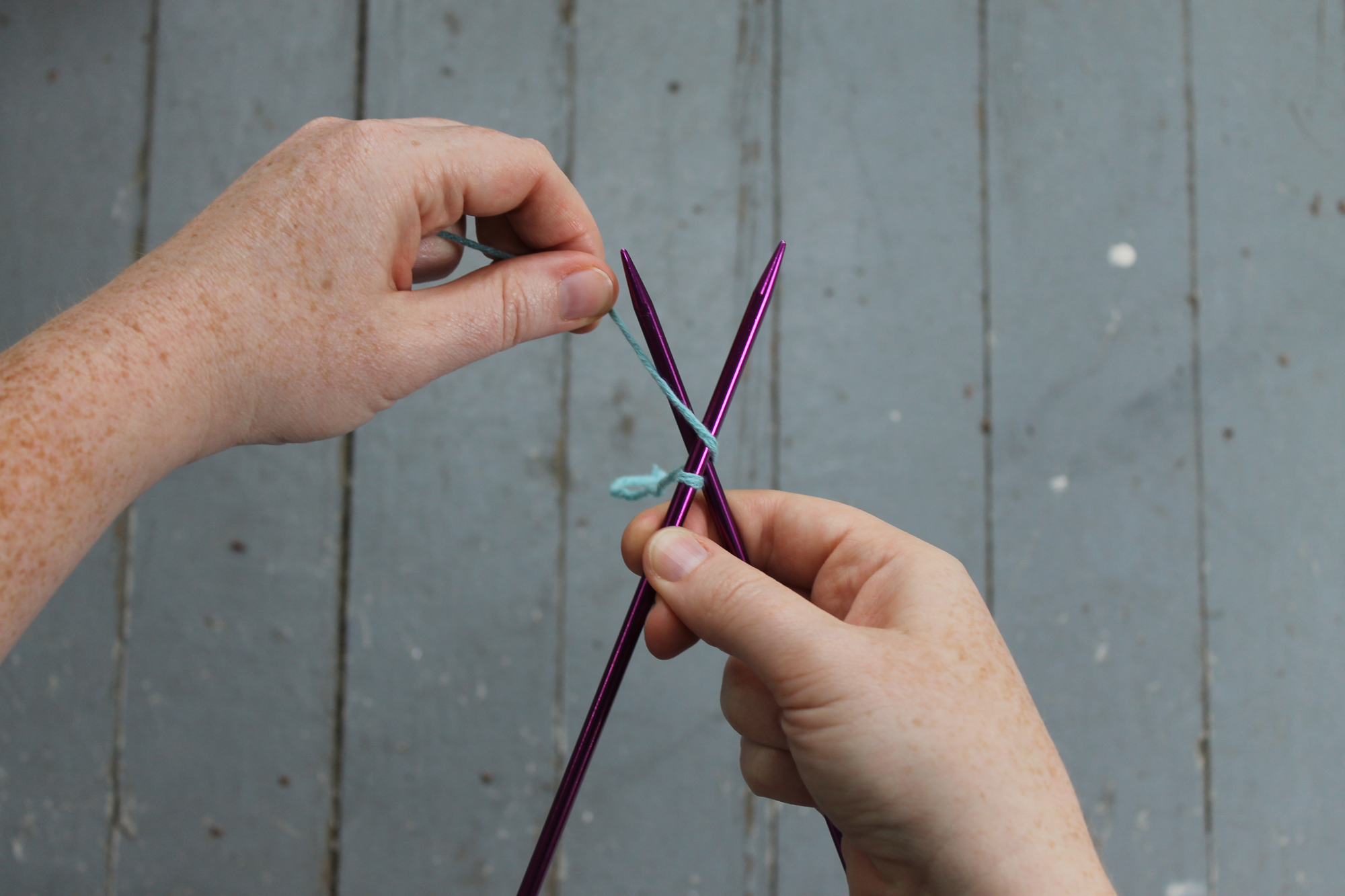 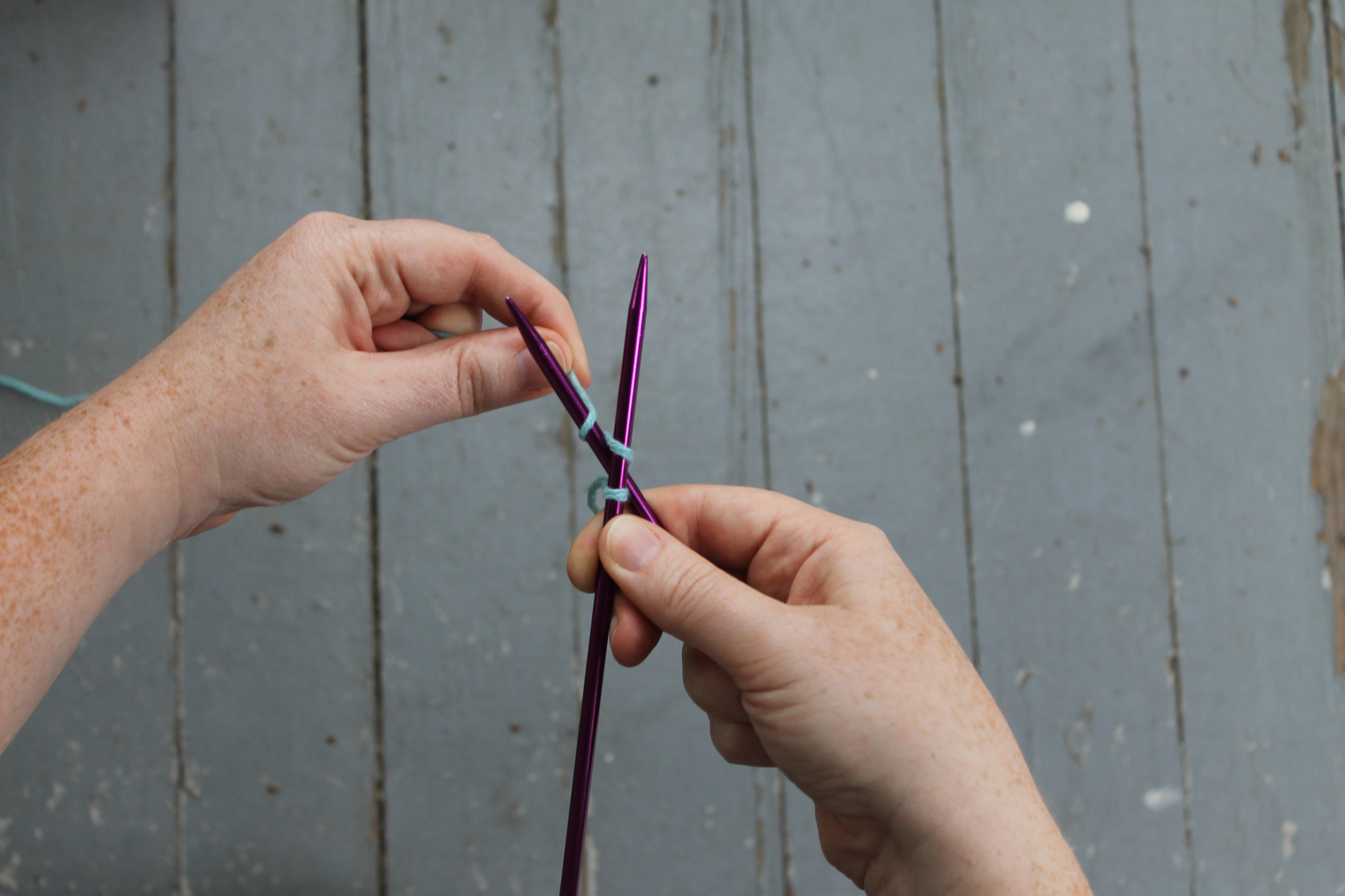 Pull the loop of yarn through. 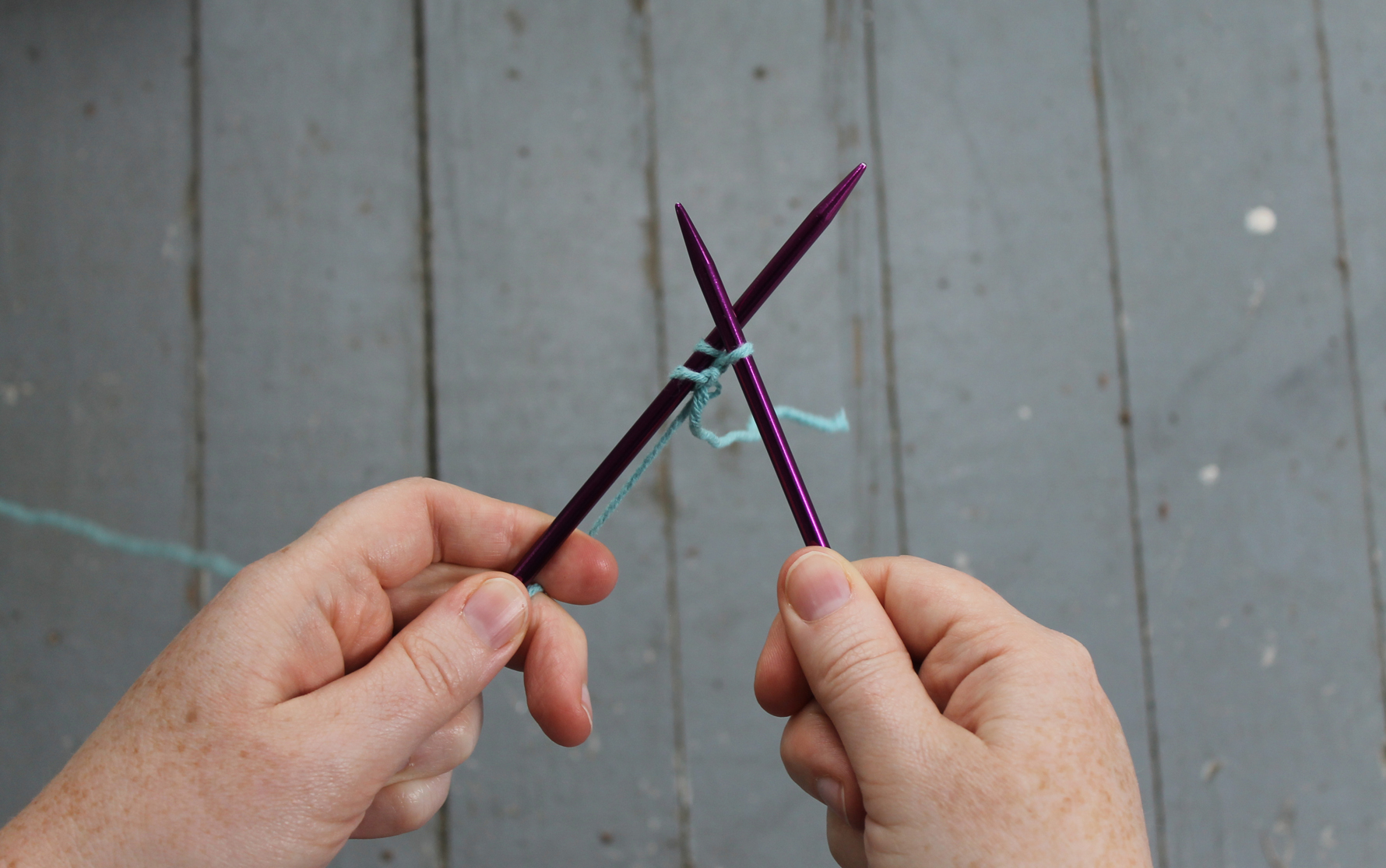 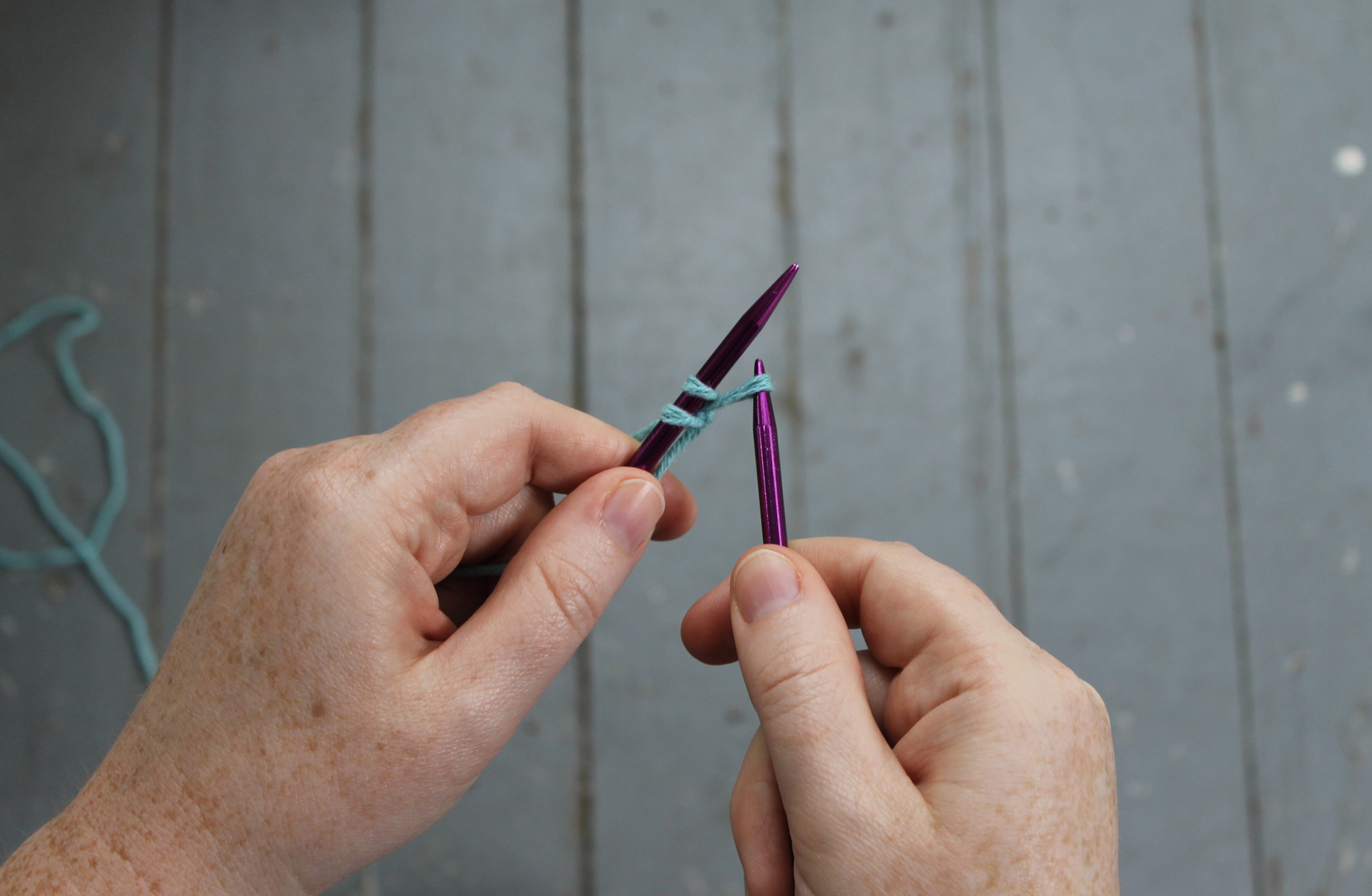 Repeat Steps 3 to 5. You should have 2 stitches on your right-hand needle. 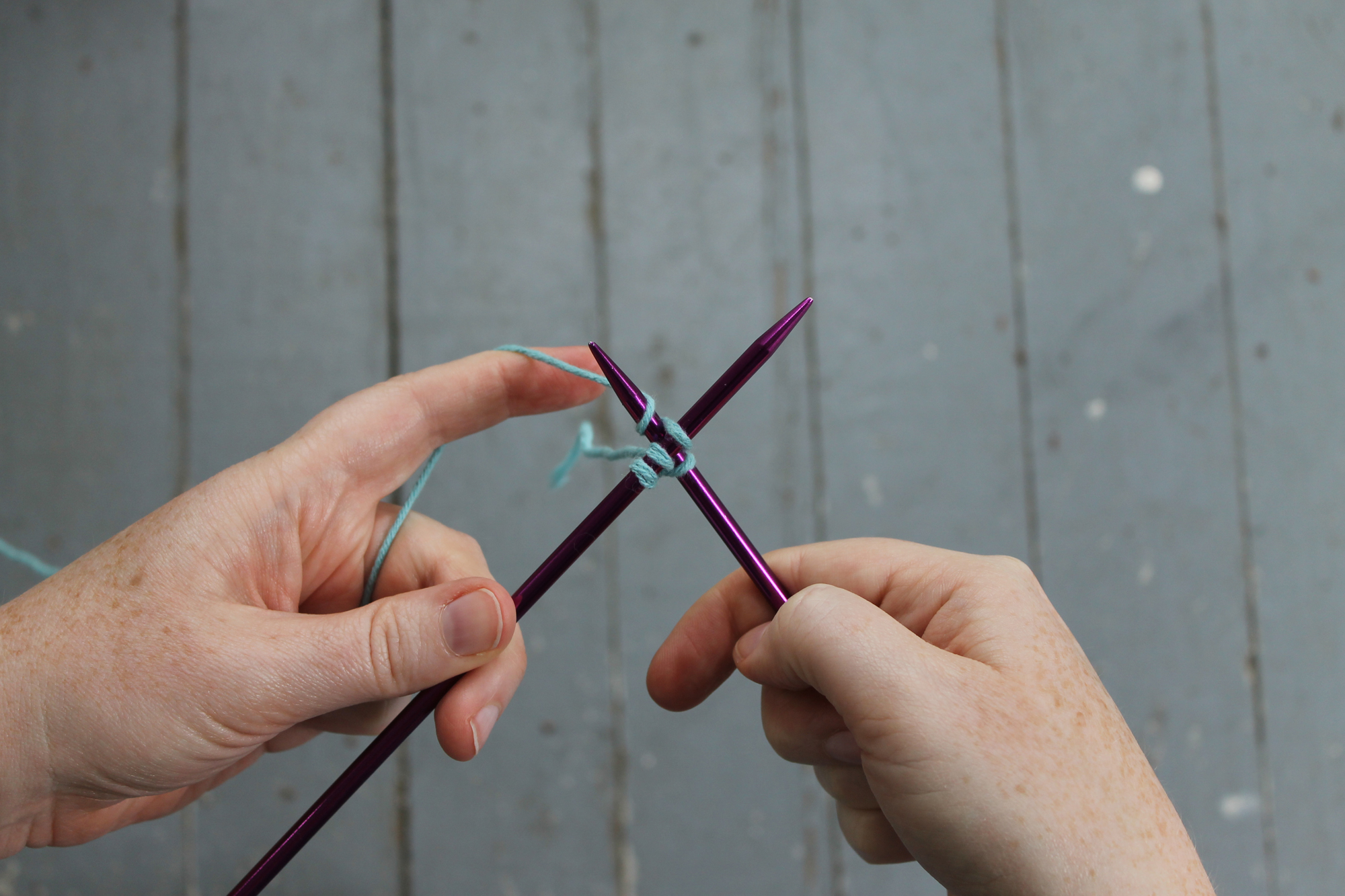 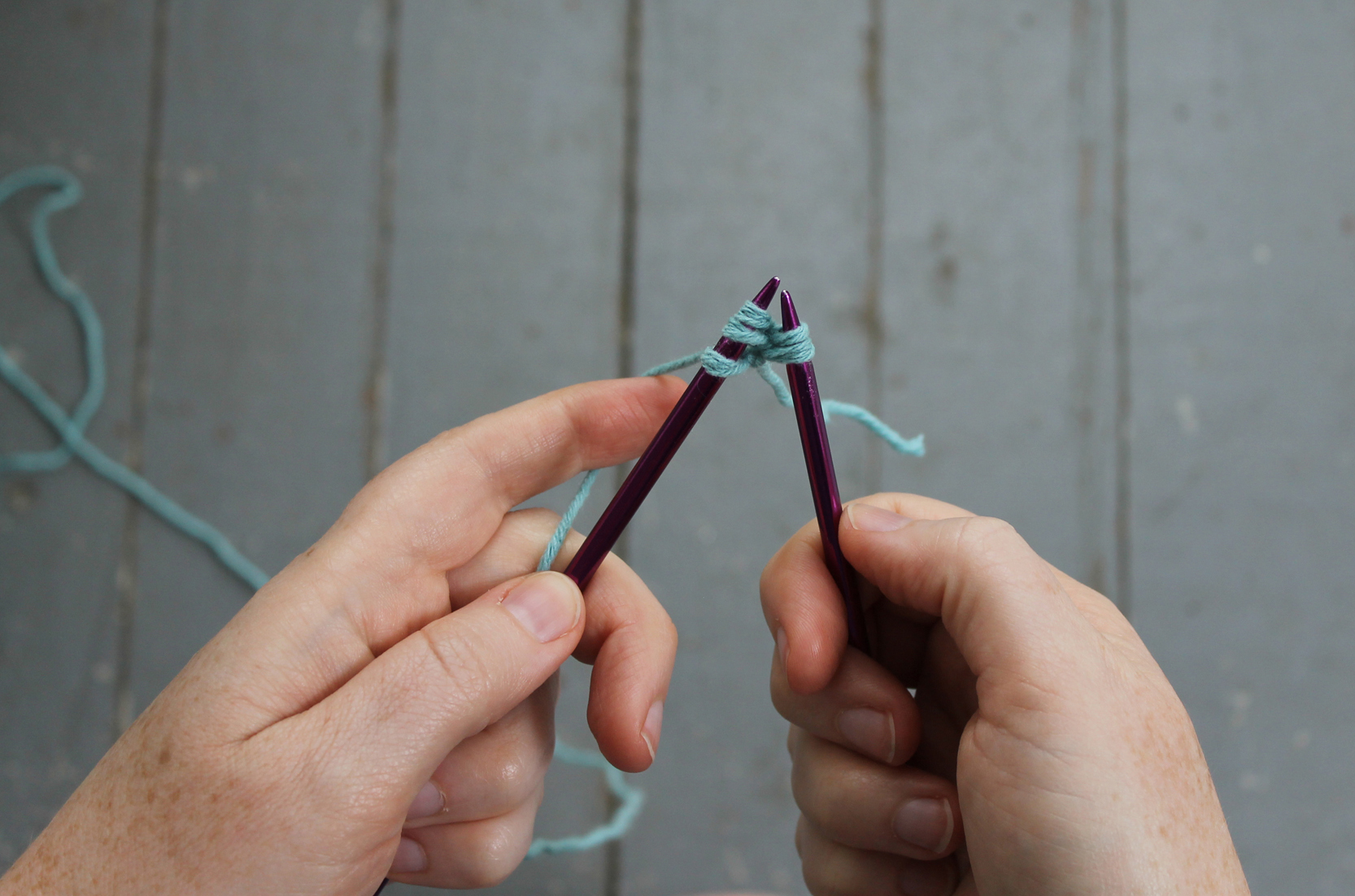 Bind off one stitch by pulling the stitch furthest to the right over the left stitch and off the needle. Since the left-hand needle is already occupied, you’ll need to bind off using your fingers. 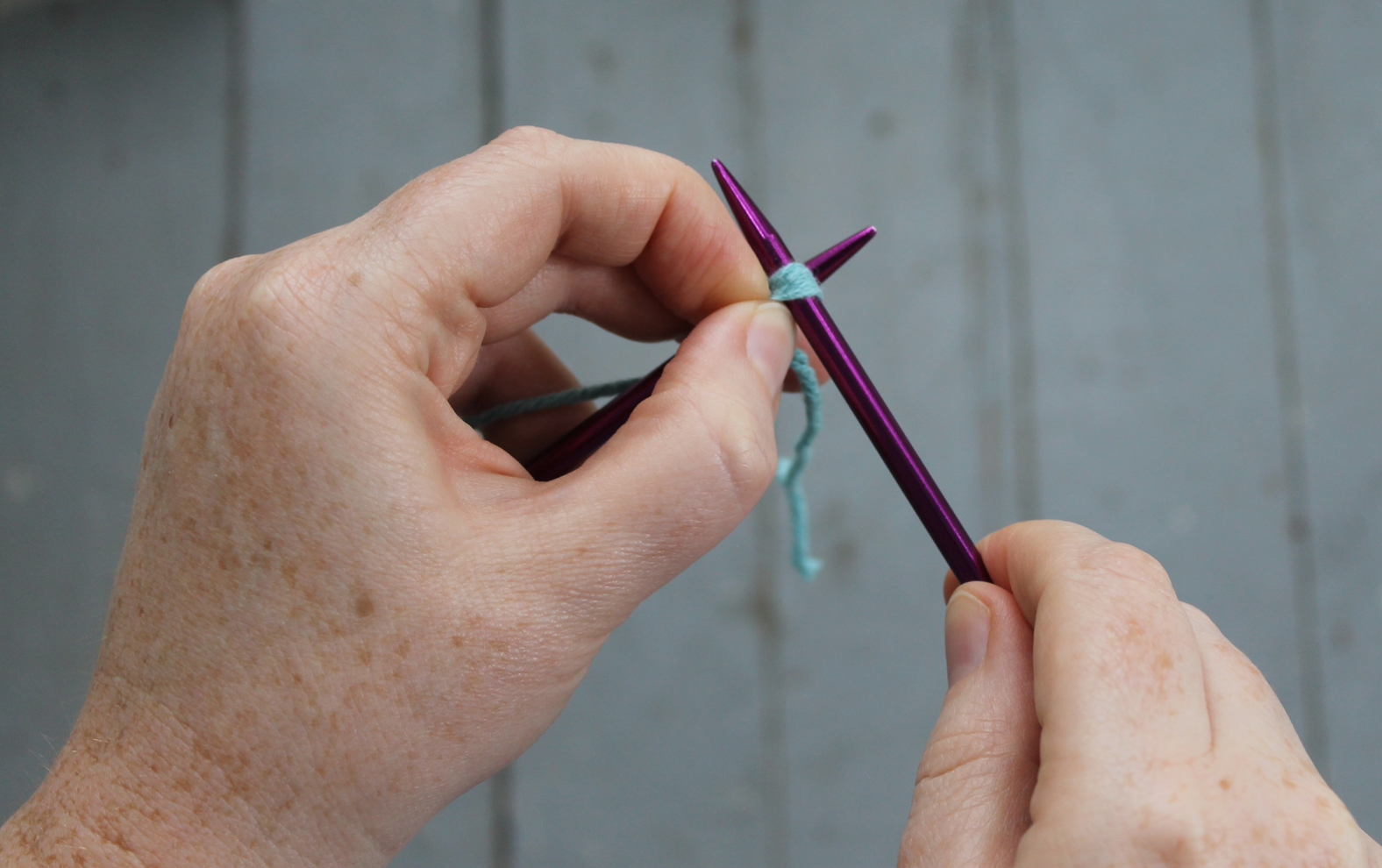 Repeat steps 5 to 7 until you have cast on the number of stitches desired. 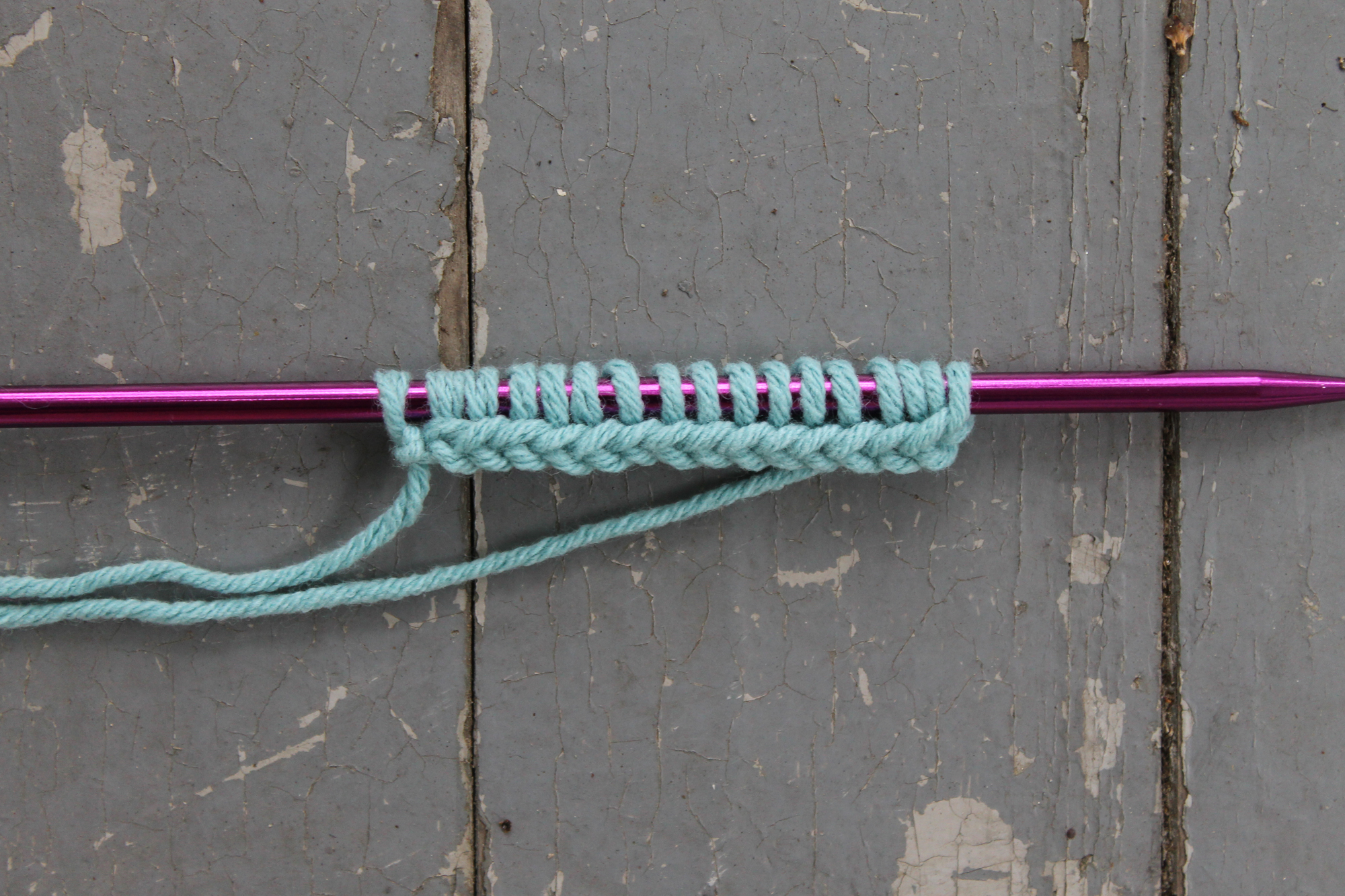 Interested in learning even more cast-ons? There are countless styles you can try!