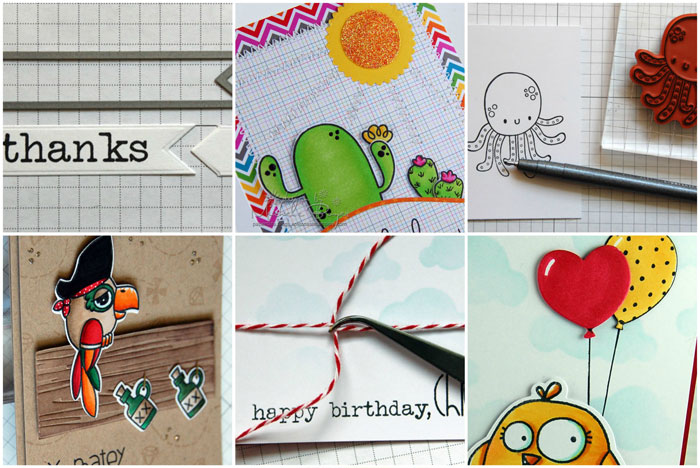 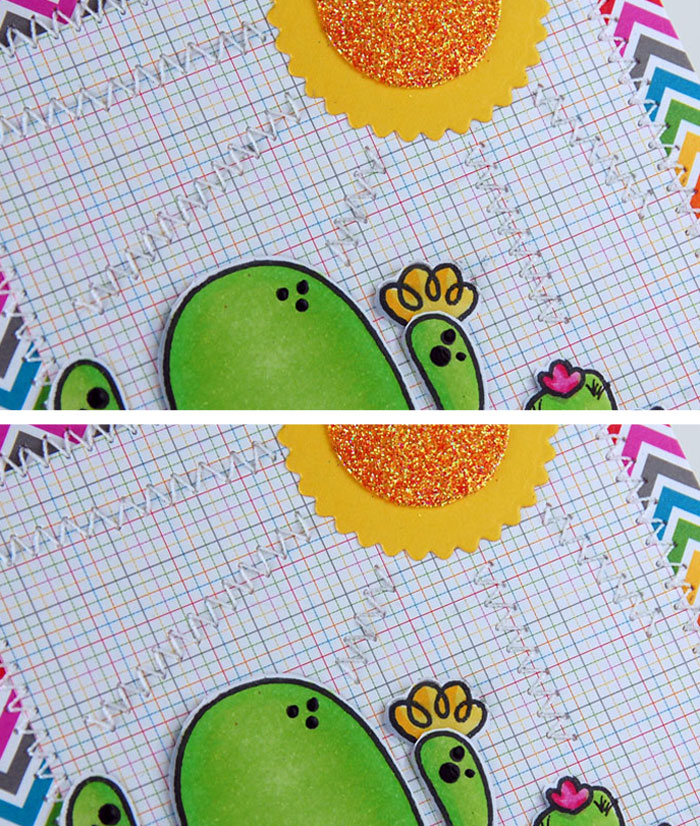 In card making, I often use light pencil marks as guides. In the top photo above, you will see that I drew light lines as guides for stitching the sun’s rays. To cleanly remove pencil marks, I use a hi-polymer white eraser. Where a common pink eraser will often leave a pink or dark smear, a white eraser cleanly removes the pencil marks with little to no residue left behind. White erasers are available in many forms and brands, and can often be found in the school supply section of most department stores. 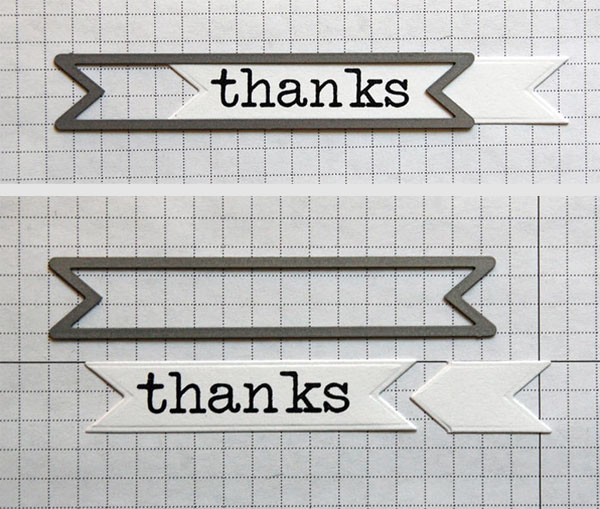 Did you know you can shorten die-cuts to fit your needs? As shown above, I first die-cut the full length banner strip. I stamped the sentiment to one side, then placed the die-cut strip back into the die, positioning it at the point where I wanted the second cut. After die-cutting a second time, the strip is cut to the desired length. 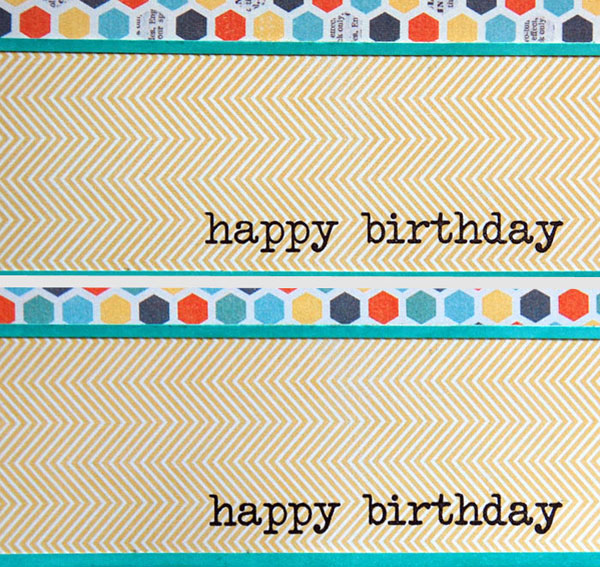 To create a darker appearance on patterned or colored card stock,clear emboss a sentiment after stamping. In doing so, the letters appear a bit darker and thicker. The difference in the two sentiments shown above may be slight but creates just enough of a difference to darken the sentiment. Results are more noticeable on a slightly “busier” pattern or darker card stock.

4. Fill in the blanks

Sometimes when stamping an image, small areas are not inked as fully as the rest. Instead of re-stamping, use a black marker or pen to fill in the blank or lighter areas. Before doing so, take into consideration how/if you are going to color the image. For example, if you are going to use Copic markers, use a Copic-compatible pen to fill the stamped lines. Or fill the lines once coloring is complete.

Another consideration is the thickness of lines on the stamped image. Some are much thinner than others. If the lines are very thin, you will want to use a pen with a smaller tip, such as 0.25 mm. For thicker line images as shown above, I use a 0.5 mm tip. 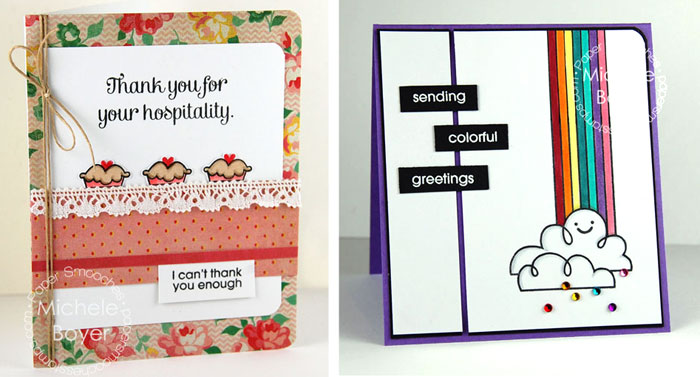 Invest in one or more corner rounder punches or tools. Rounding one corner (or more) adds to your card’s uniqueness. There are many choices of punches or tools, some of which have two sizes of rounded cuts. 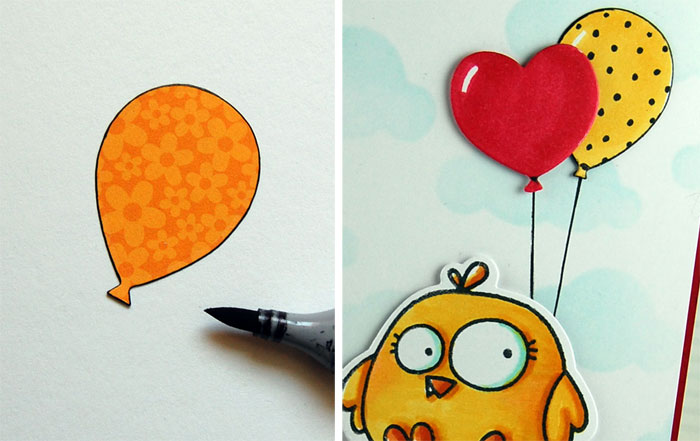 Use a black marker to add a thin border around die-cut pieces. Doing so helps light colored pieces to stand out against light backgrounds. Holding a black marker with the tip pointing up, run the side of the marker around the back side edges of your die-cut piece. By edging from the back, you can better control the thickness of the outline.

Use self-closing tweezers to help hold ribbon or string when tying. It’s like having an extra set of hands.

One Response to “9 Sanity-Saving Hacks for Card Making!”